With One Magic Word … SHALOM!

Our buddy Arlen Schumer’s next big lecture will be at Manhattan’s prestigious 92nd Street Y.

This one sounds really compelling, whether you’re Jewish (like me) or not. Arlen’s the opposite of a dry presenter and he’s gonna be talking about — and showing the work of — the giants of comics like Jack Kirby, Stan Lee, Gil Kane, Gene Colan and, oh, Siegel and Schuster. And that’s just scratching the surface. 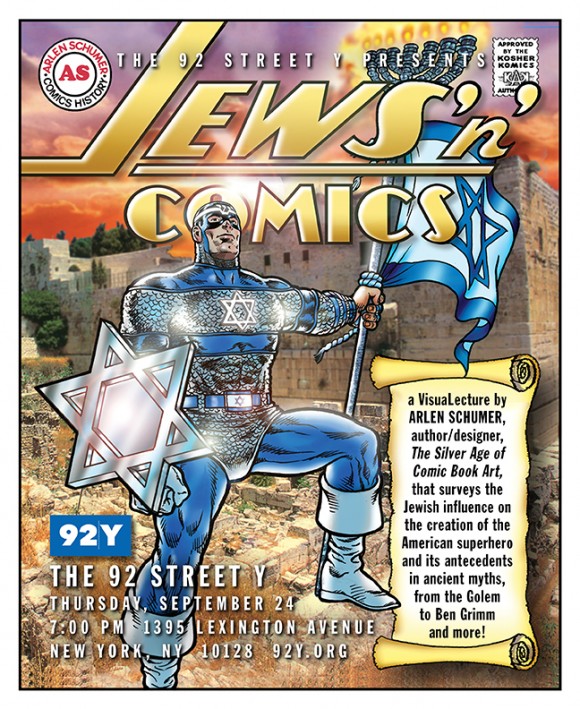 The official description: From the Golem to Ben Grimm and more, comic book art historian Arlen Schumer (author/designer, The Silver Age of Comic Book Art, Archway Publishing) surveys the Jewish influence on the creation and development of the American superhero, its antecedents in ancient, biblical stories and myths, and the significant contributions Jews have made to the evolution of comic book art in the 20th and 21st centuries.

For more info and to buy tickets, click here.