The longtime comics writer’s poignant tribute to his parents, a Rockwell-esque Christmas season — and the legendary Joe Sinnott.

It’s the SUPER-STAR HOLIDAY SPECIAL: a series of holiday remembrances by some of the best in the biz, including Corinna Bechko, J.K. Woodward and Annie Nocenti! Click here to check ’em out! 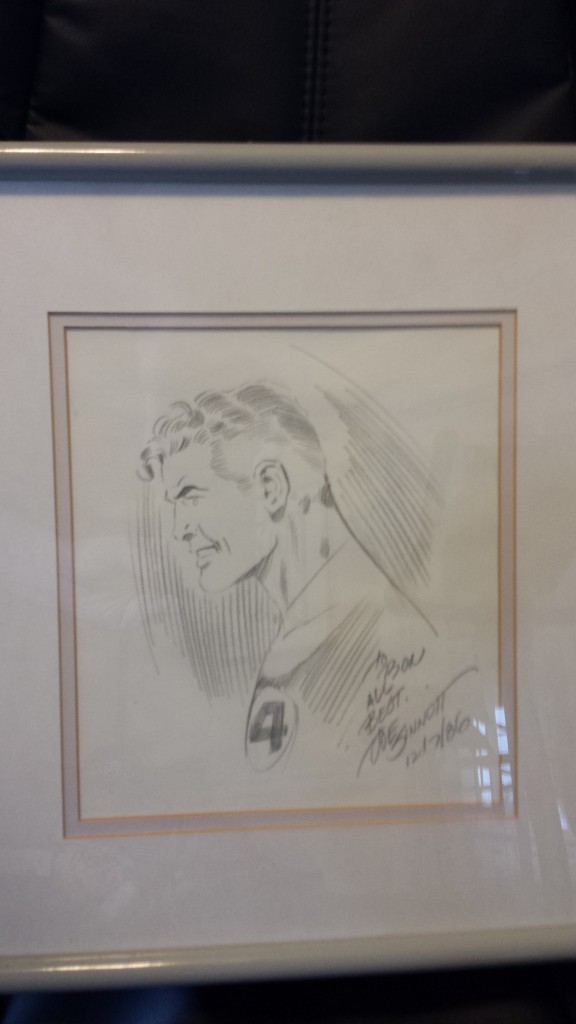 The town of Saugerties in upstate New York is probably most famous for being the hometown of Tonight Show host Jimmy Fallon. He was a few years behind my wife at Saugerties High School. I grew up in the neighboring town of Kingston, a short drive south of Saugerties.

Saugerties is a bit more gentrified now, with trendy cafes side by side with the hardware store and the hot wiener shop. Back then, though, it was a real meat-and-potatoes town, with a neon-marquee movie theater that still showed Saturday afternoon matinees of Ray Harryhausen’s Sinbad movies and the Planet of the Apes sequels.

About the only thing missing from Saugerties’ Norman Rockwell tableau was slant-in parking on Main Street. Other than that, it was quintessential small-town America. It even had a five-and-dime, one of the last surviving J.J. Newberry’s stores. That’s gone now too, the building housing an antiques shop that sells overpriced wares to weekenders up from Manhattan. 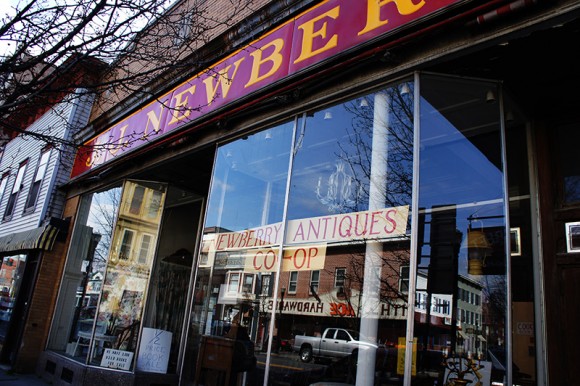 Saugerties had a Christmas open house each year, usually the first Sunday in December. Unbeknownst to me, legendary inker Joe Sinnott would sit in the window at J.J. Newberry’s on Main Street and do drawings for all the kids. Most wanted Santa or Frosty the Snowman, or maybe a character familiar from Saturday-morning cartoons. They didn’t know the man producing exquisite pencil sketches was one of the truly legendary inkers that has ever graced comics.

My mother didn’t really know who Joe was either, but she knew he had something to do with comics, one of my passions even then. So she got in line and patiently waited. When she got to the front of the line, Joe asked her what kind of drawing she wanted. My mother didn’t really know, she just told him that her son liked comics. So Joe drew a Reed Richards pencil sketch and inscribed to me, dated 12/7/1986. My parents brought it home to me as an early Christmas present. Fantastic, to say the least. 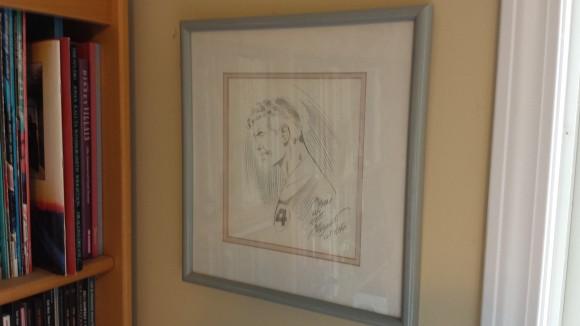 All these years later, that sketch still hangs framed in my office. In the ensuing time, I’ve been fortunate enough to come to call Joe Sinnott my friend. Though “friend” isn’t quite right; maybe “favorite uncle” is better? Joe is from the same generation as my father, the “Greatest Generation” of World War II veterans who came home from the war and built a better America. Joe reminds me so much of my father, both gentle men of good humor and kindness. Joe is still with us, still turning out exquisite pencil sketches when he appears at the local convention. It’s an honor to sit next to him, talk baseball, and watch him draw.

My mother and father are both gone. But I have that pencil sketch of Mr. Fantastic, and I have the memory of them giving it to me. And that’s enough.