Three and a half years ago, John S. Drew and I launched The World’s Greatest Super Friends Podcast, with the intention of reviewing every episode in the series until there were no more episodes to review.

Well, real life and the pandemic made that a more complicated effort than we’d expected and we didn’t finish Season One until recently. A huge part of the constant delays was the fact that it was actually pretty difficult to slog through that first season; it just wasn’t very good.

Ah, but Season Two is a different matter altogether. Instead of one, often tedious 45-minute segment — Season One’s formula — Season Two featured four stories every hour, as well as fan-favorite interstitials like De-Coder and Safety. 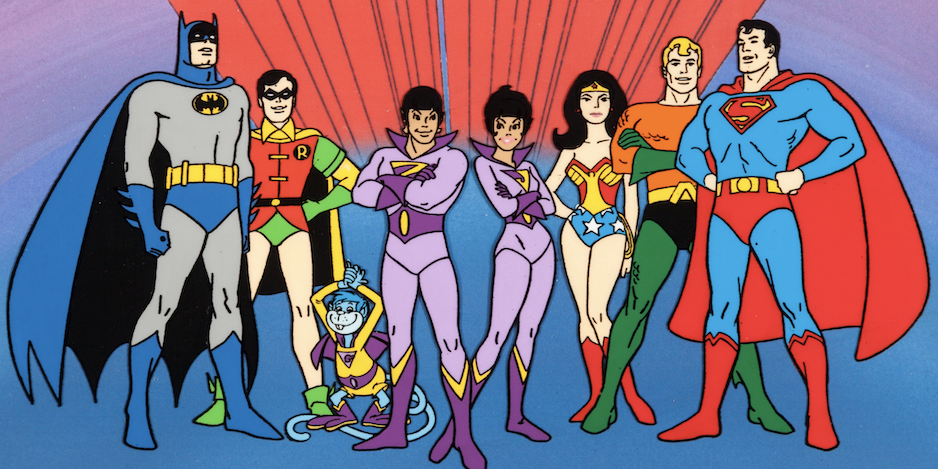 You’d get a team-up between at least two original Super Friends; a Zan and Jayna segment; a full-length adventure starring the five mainstays and the Wonder Twins; and another team-up installment, featuring one of the primary Super Friends and a guest star like Black Vulcan, Green Lantern or even Rima the Jungle Girl.

Groovy stuff, lemme tell you. But why am I mentioning this now? Because The World’s Greatest Super Friends Podcast is back on a regular schedule as we launch our look at the colorfully kinetic Season Two (which debuted in 1977).

Click here to check out the first episode of the new season. We cover “The Brain Machine” (Batman, Robin and Wonder Woman), “Joy Ride” (the Wonder Twins), “Invasion of the Earthors” and “The Whirlpool” (Aquaman and Black Vulcan). And I gotta say, being here now kinda made the whole first season worth it. Because this shizz is fun.