STAR TREK: DEBT OF HONOR to Be Re-Released in Original Large Size

IDW picks up the phaser from DC… 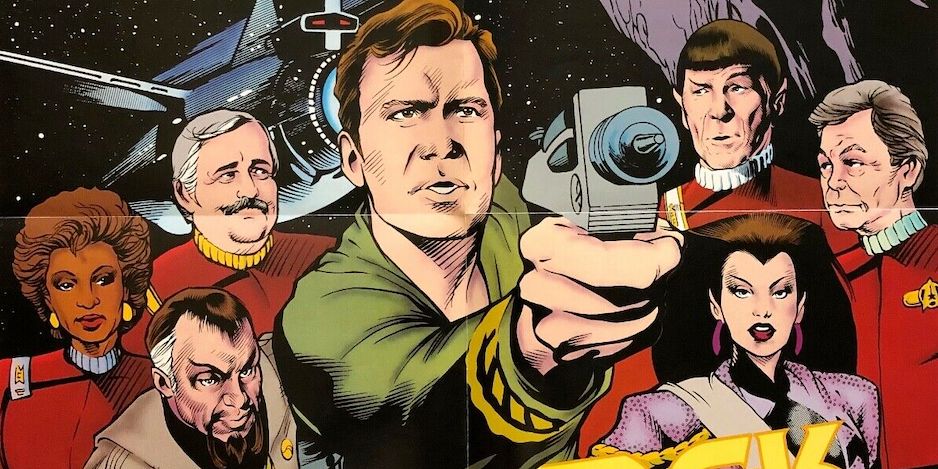 Hey, William Shatner turned 90 this week. Perfect time to point out that one of the most memorable Star Trek graphic novels is being dusted off for a re-release nearly 30 years after it first saw print — Star Trek: Debt of Honor, by Chris Claremont and Adam Hughes. 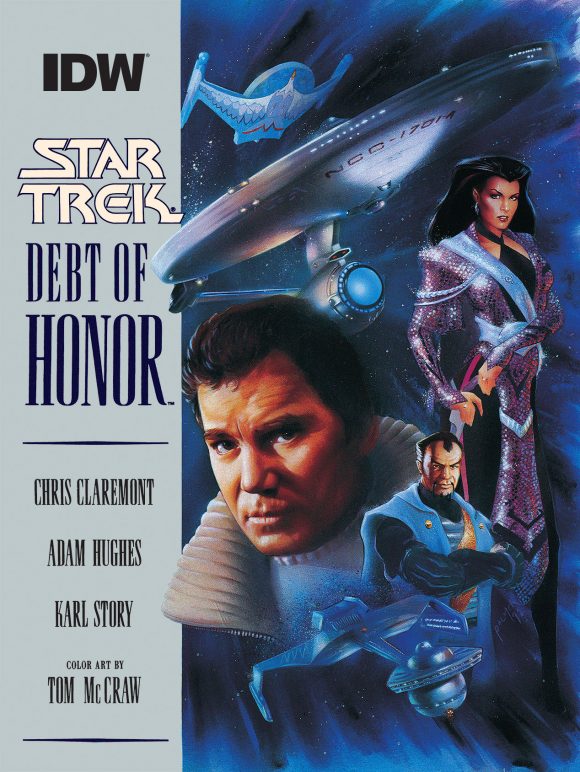 In this oversized graphic novel from comics legends Chris Claremont and Adam Hughes, Captain Kirk and the crew of the U.S.S. Enterprise find themselves teamed with the Klingons and Romulans to fight the galactic threat that no government dares admit exists…

A stunning 96-page adventure that celebrates Star Trek’s enduring legacy, IDW is thrilled to present this Debt of Honor reprint in its original 8.2” x 11” size. 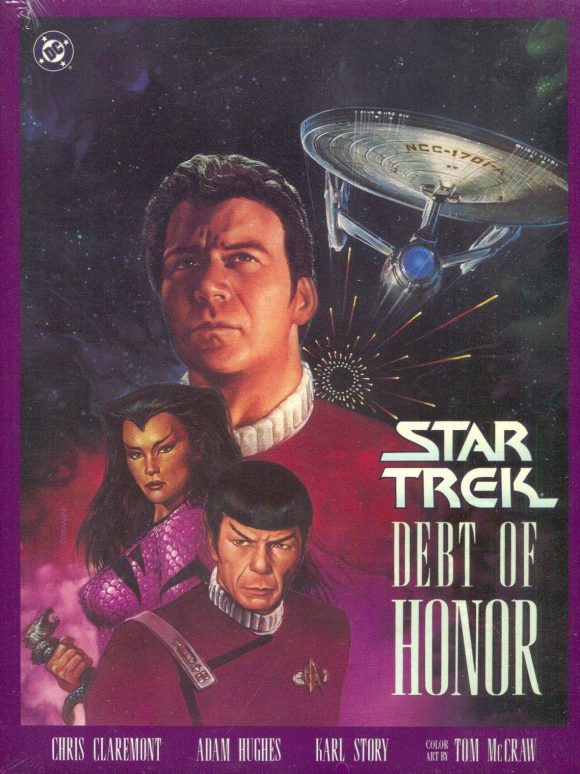 — Debt of Honor was first published in 1992, when DC still had the license. It was originally a hardback and hopefully Dave Dorman’s cover from that initial edition will be included in this package. (The re-release cover features the same Jason Palmer art as the original paperback edition.)

— The story is interesting — it takes us through various highlights (and tragedies) of Kirk’s career — but the Adam Hughes art (inked by Karl Story) is what sells it. Dig this 1992 promo poster that showcases Hughes’ uncanny ability to capture the Trek actors’ likenesses: 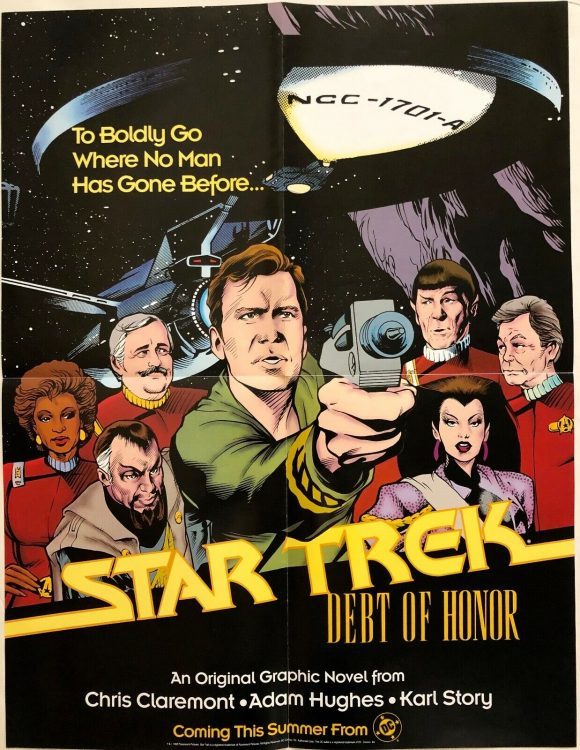 — If you’re primarily a digital reader, the book has been available for awhile at $4.99. (Click here.) A smaller-scale, hardcover edition is also available through Eaglemoss. (Click here.)