TREK TUESDAYS! A special SNEAK PREVIEW of one of the most anticipated Star Trek books of the year!

I’ve been waiting for this one.

On 4/13 IDW is publishing Star Trek: The Classic UK Comics — The Complete Series Vol. 1: 1969-1970, collecting the British strips that have never been published in the United States. While Gold Key’s Star Trek comics of the time are notable for their inherent goofiness, these strips are downright artful.

Just take a look at this fancy preview: 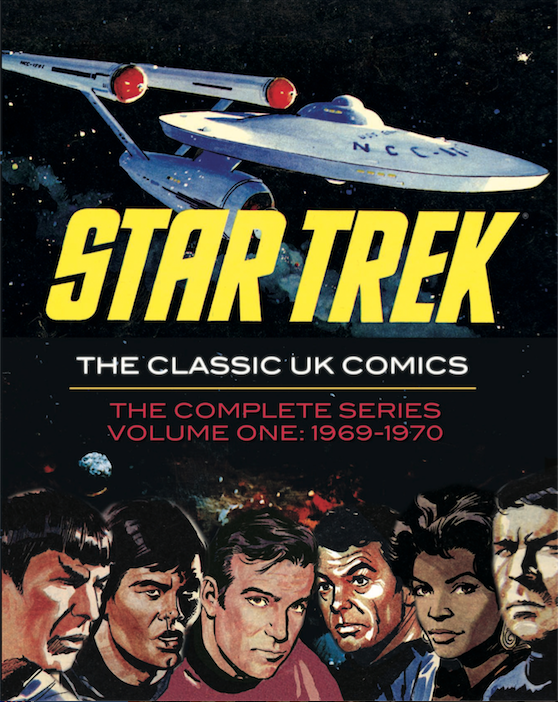 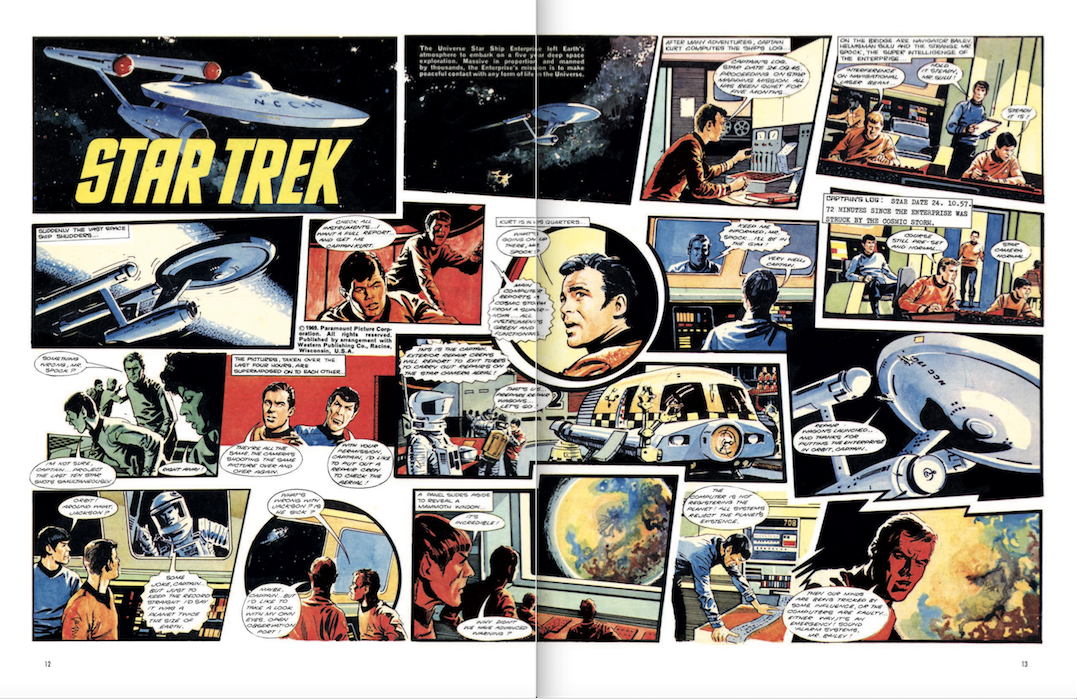 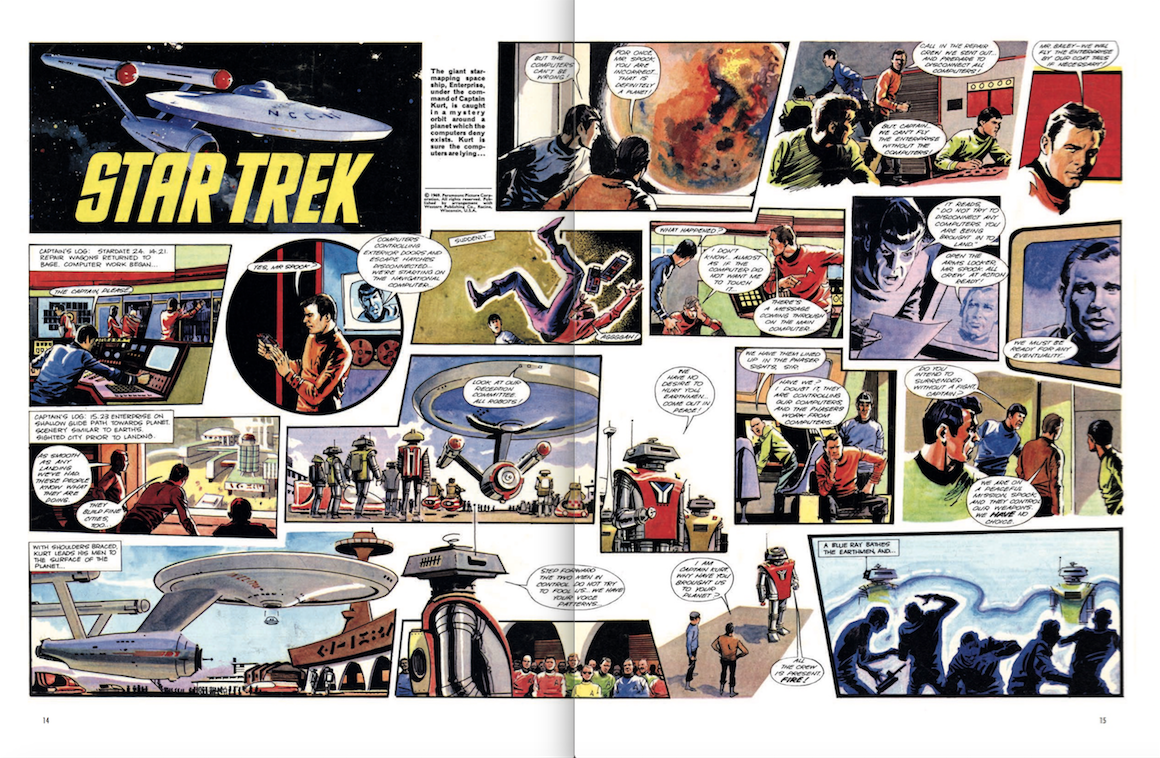 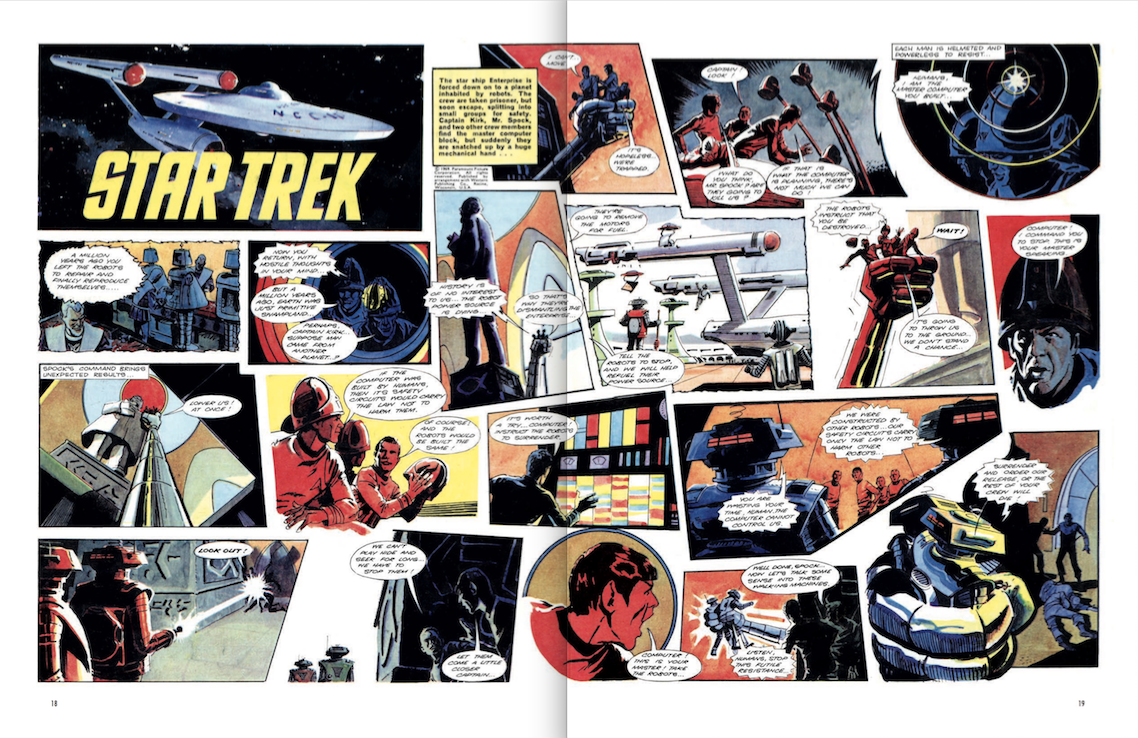 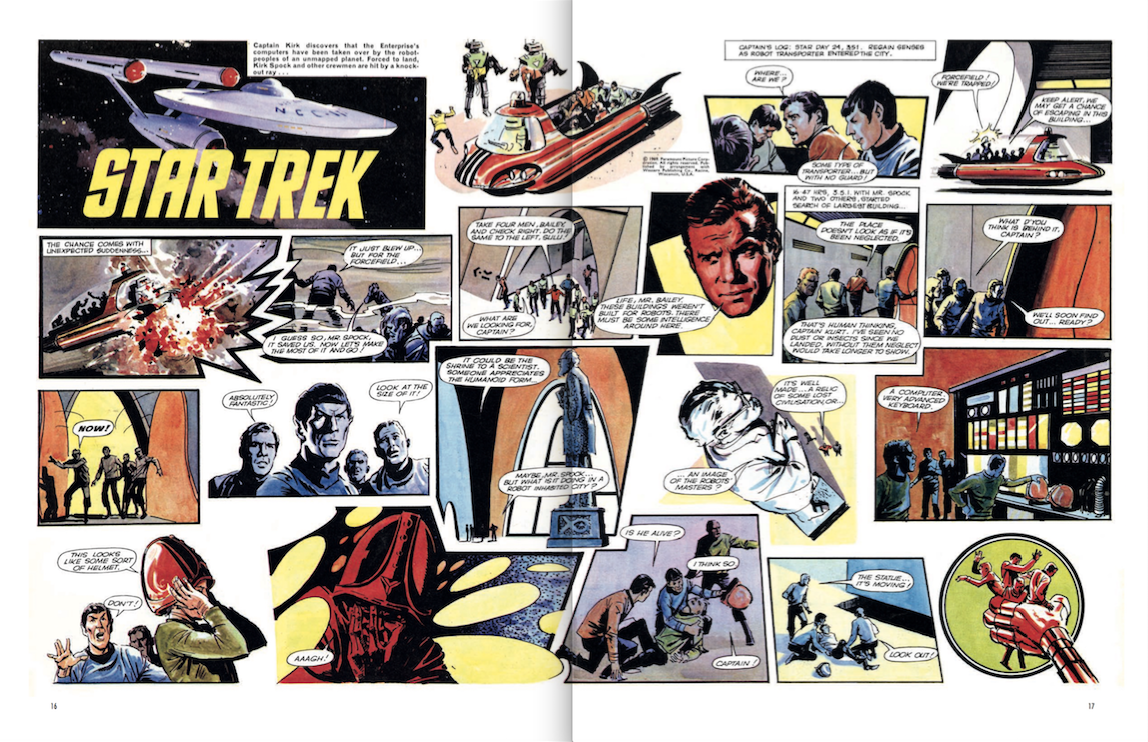 I just love these trippy layouts.

What’s interesting is that these strips, which were serialized in weekly mags, debuted before the show did in the United Kingdom. (Trek’s first run was already phasing out here when the Enterprise first arrived there.) Like their Gold Key counterparts, the UK strips don’t exactly pay fealty to the show’s sensibilities and characterizations but they’re as pretty as an Orion slave dancer.

Historian Rich Handley, who’s contributed to 13th Dimension in the past, teamed up with the Library of American Comics’ Dean Mullaney to put this series of three hardcovers together. I can’t wait for the remaining volumes.