The wonderful, occasionally off-model British Trek adventures are back!

Earlier this year, IDW published the first volume in a series of oversize hardcovers collecting the British Star Trek magazine strips that have never been published in the United States. Think of these as the UK version of the Gold Key comics of the time: groovy, weird and not always accurate — but prettier, with art by Carlos Piño, Vicente Alcázar, John Stokes and Harold Johns. (You can check out more here and here.)

On 12/28 comes Volume 2. The series is edited by Dean Mullaney for his Library of American Comics imprint at IDW, but it also features contributions from Rich Handley of Hasslein Books, who’s one of the main drivers of the project. In this edition, Rich has put together the first half of an encyclopedia based on these British adventures. (Look for more from Rich next week here at 13th Dimension, too.) 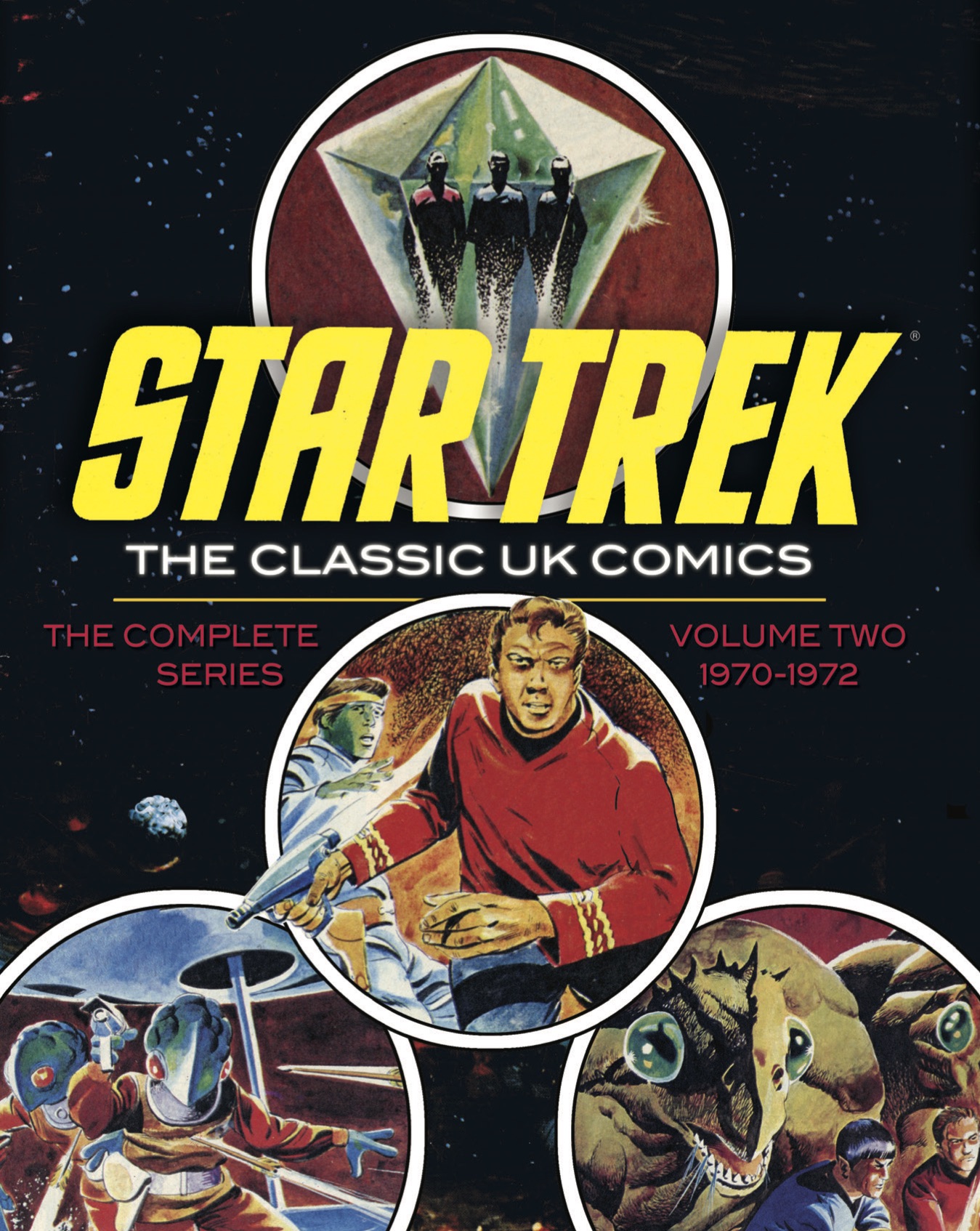 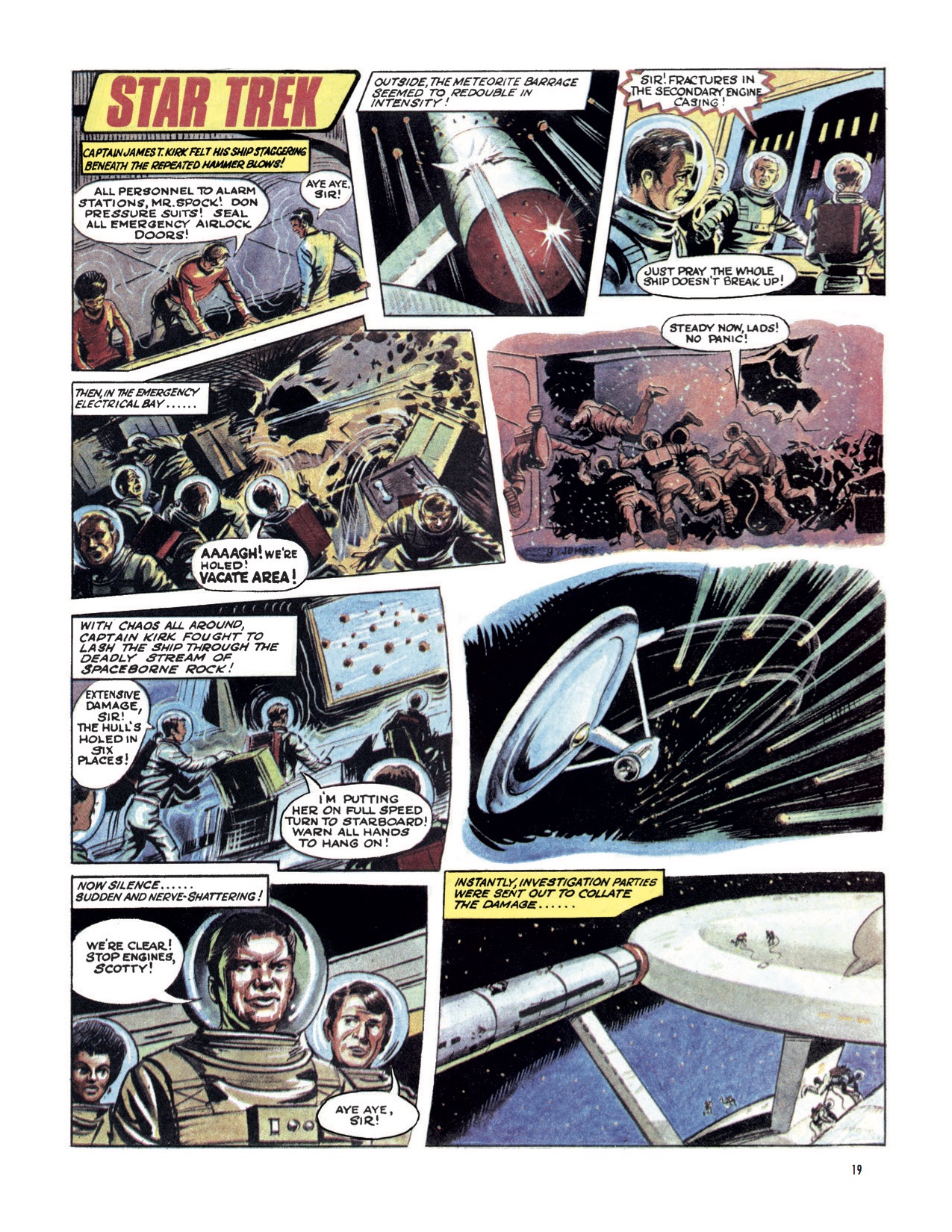 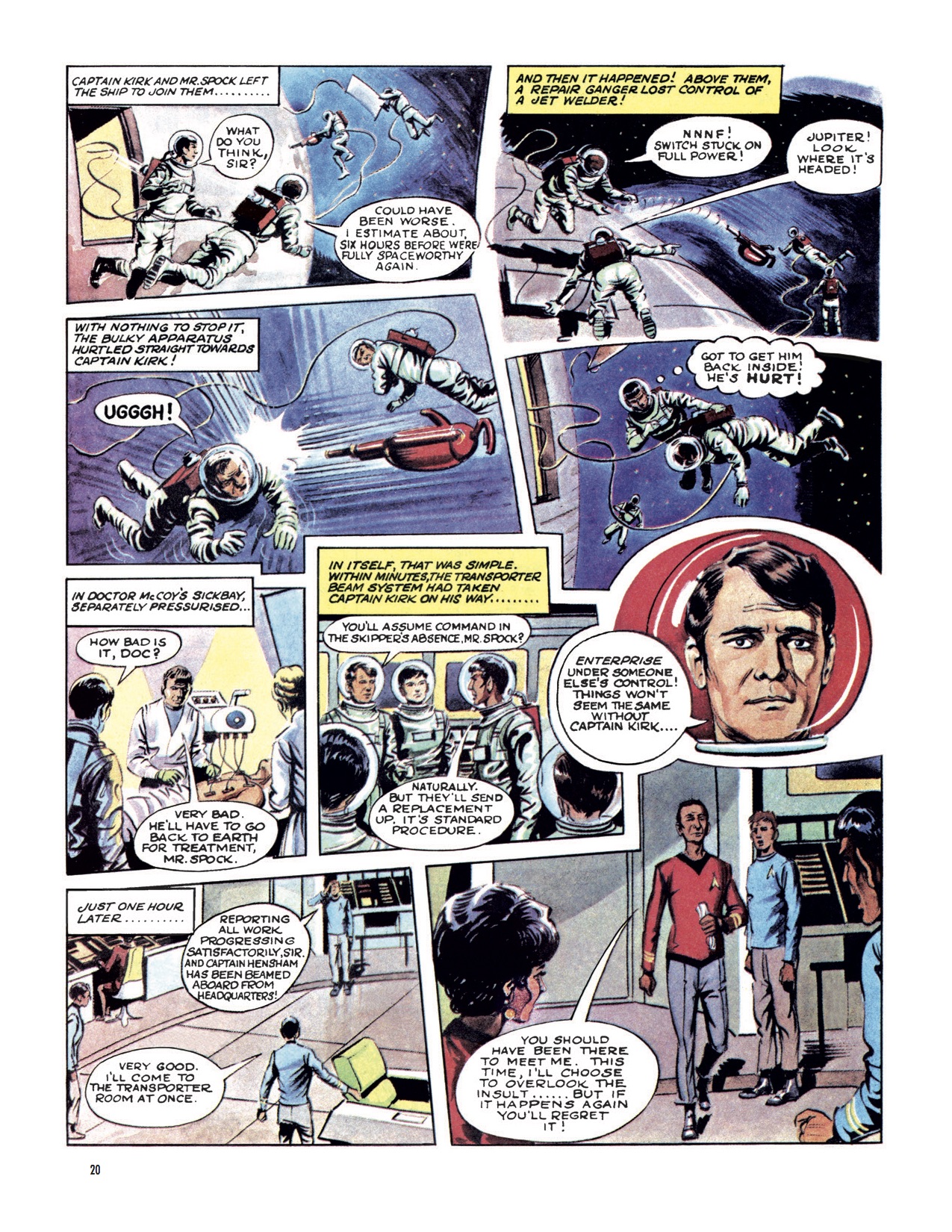 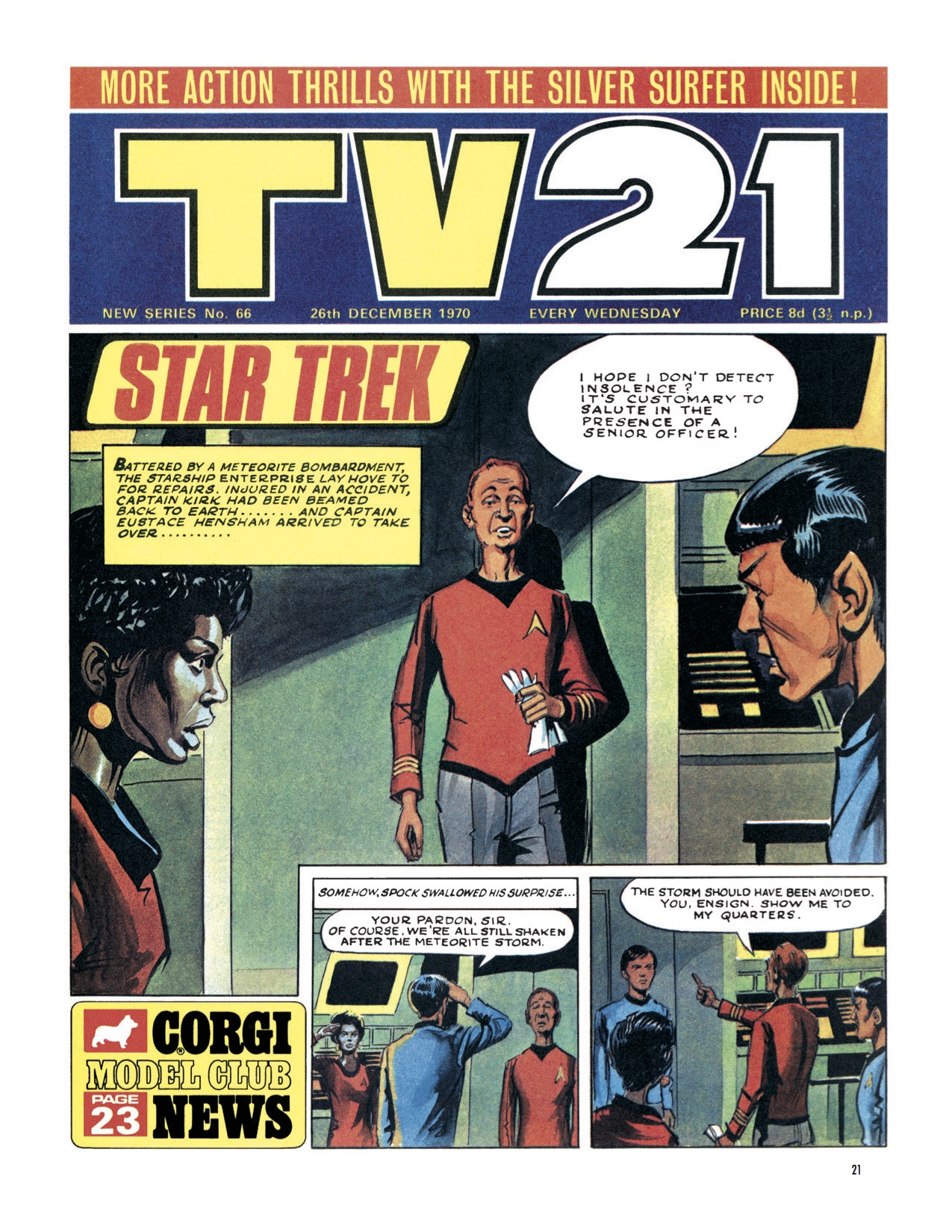 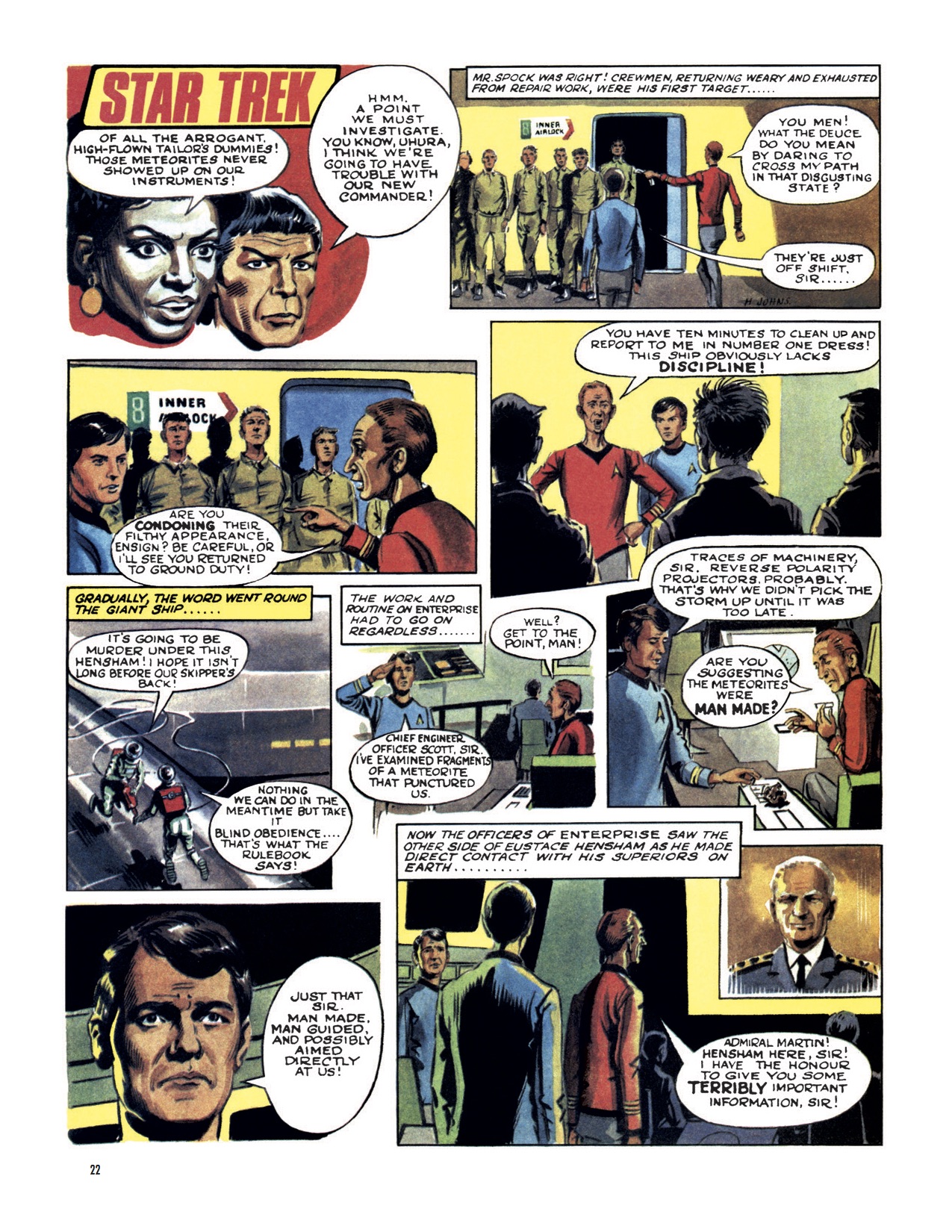