A TREK TUESDAYS look at the latest chapter of Legacy of Spock — by Mike Johnson, Tony Shasteen and Davide Mastrolonardo.

We kicked off this whole TREK TUESDAY feature with a four-part look at Tony Shasteen’s outstanding cover work on Legacy of Spock, which tells the story of what happens to our favorite former science officer as he tries to help establish a Vulcan colony in the new timeline — while reflecting on his younger years in the old timeline.

With the Part 3 hitting 5/11, it seemed a good time to check back in with Tony and the IDW gang, so have a look at Star Trek #57, which features Spock, Romulans — and The Next Generation crew.

And to see how Shasteen created this cover and the others for Legacy of Spock — in his own words — click here and here. 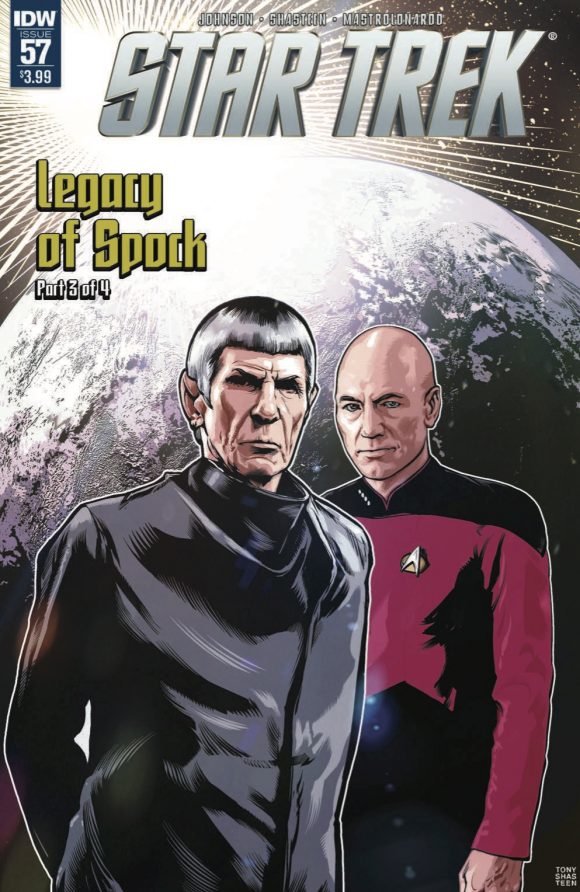 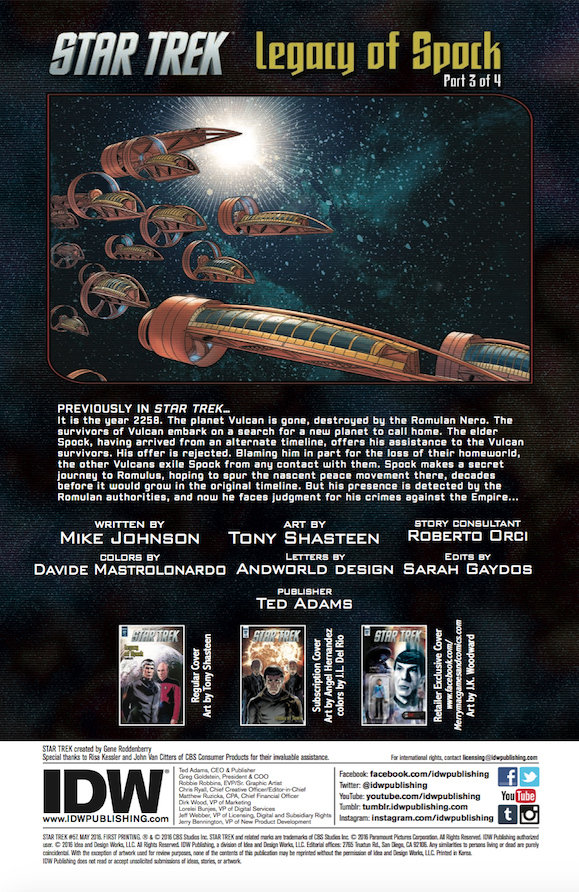 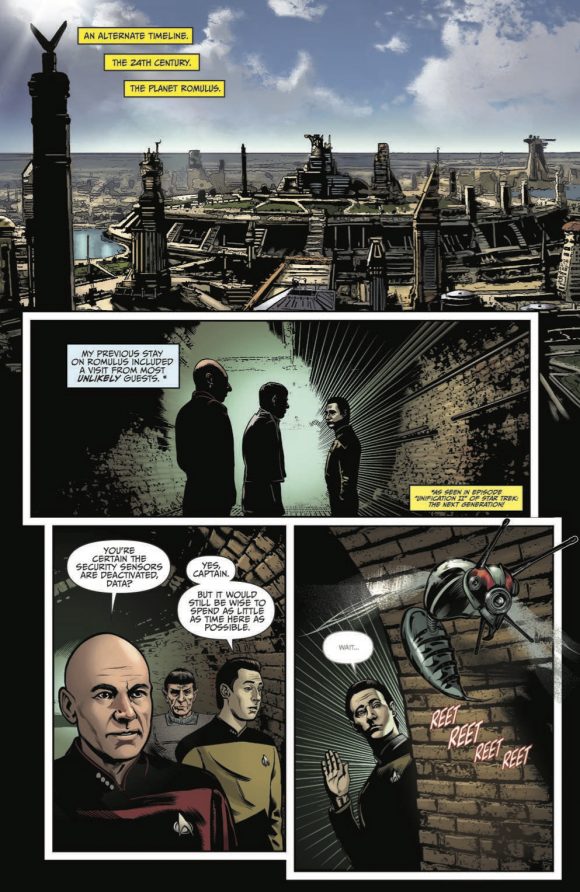 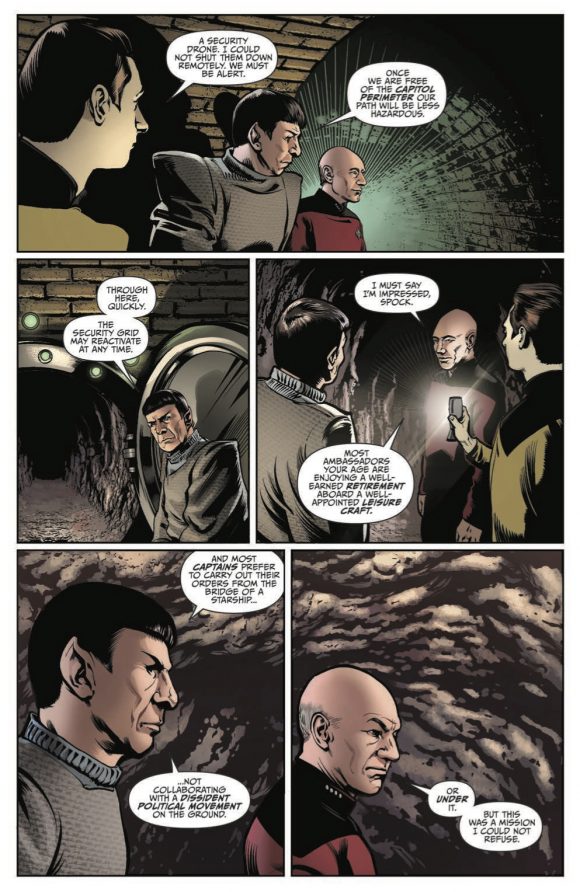 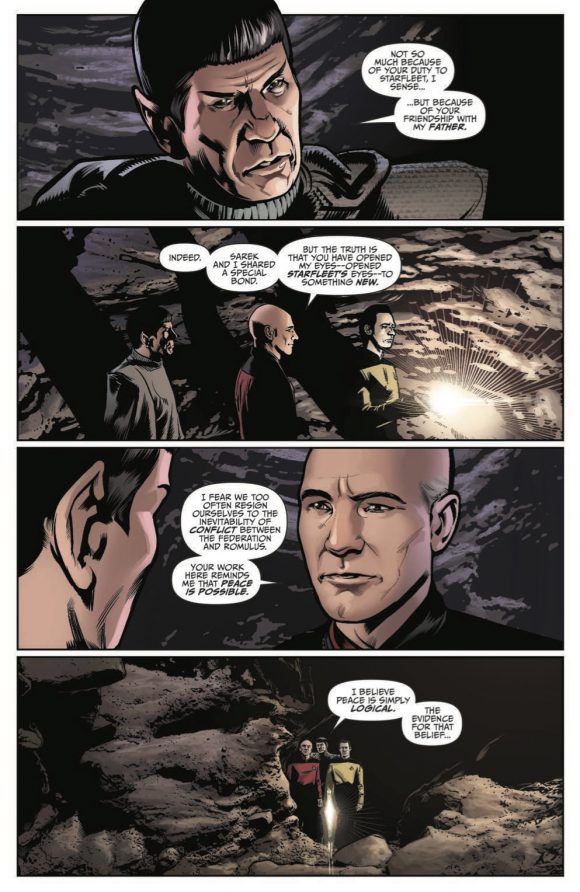 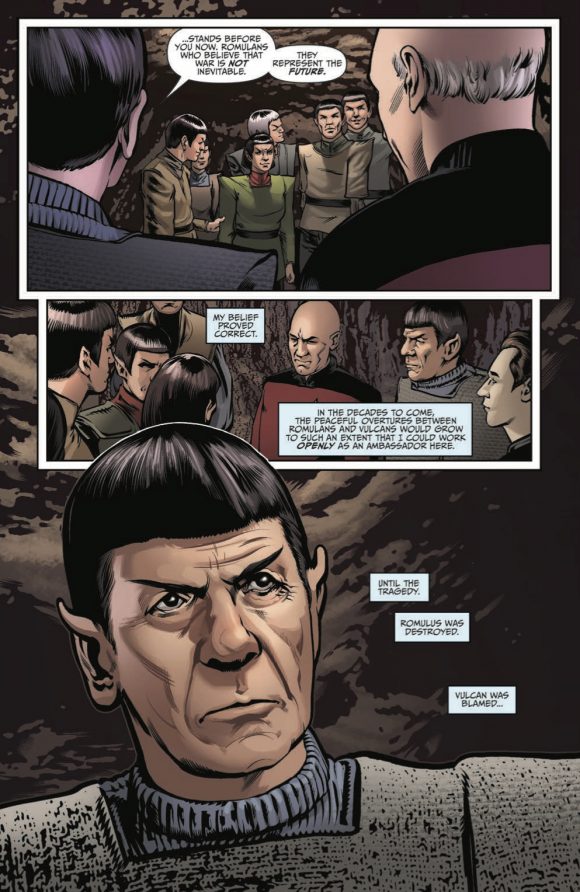 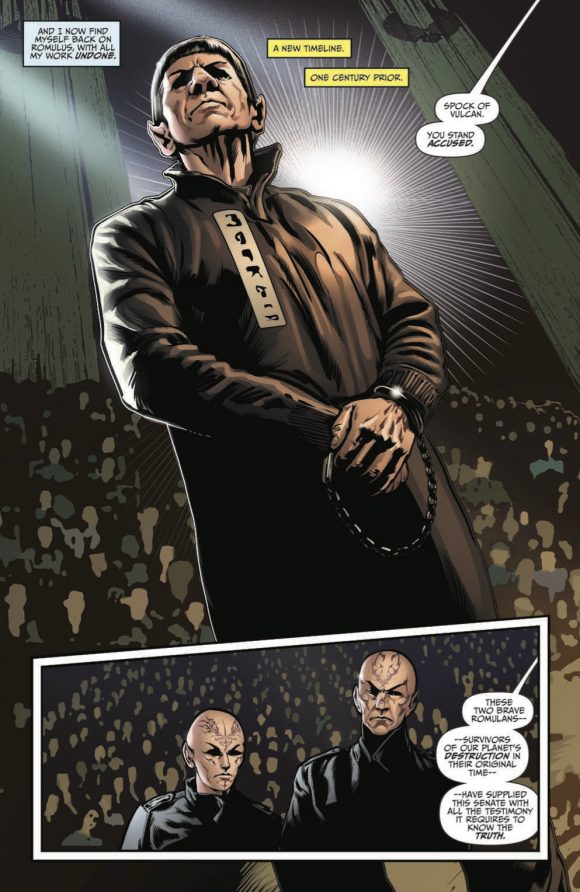