One of my favorite bits of Star Trek music is from the opening of The Motion Picture, when we see the Klingon battle cruisers.

It’s not terribly long, but something about it says Klingon.

So any time I see a Klingon battle cruiser — of any Original Series vintage — the soundtrack of my mind involuntarily starts playing that music in my head.

That music’s playing a lot right now because this week, Eaglemoss is releasing its Original Series Klingon Battle Cruiser in U.S. stores. 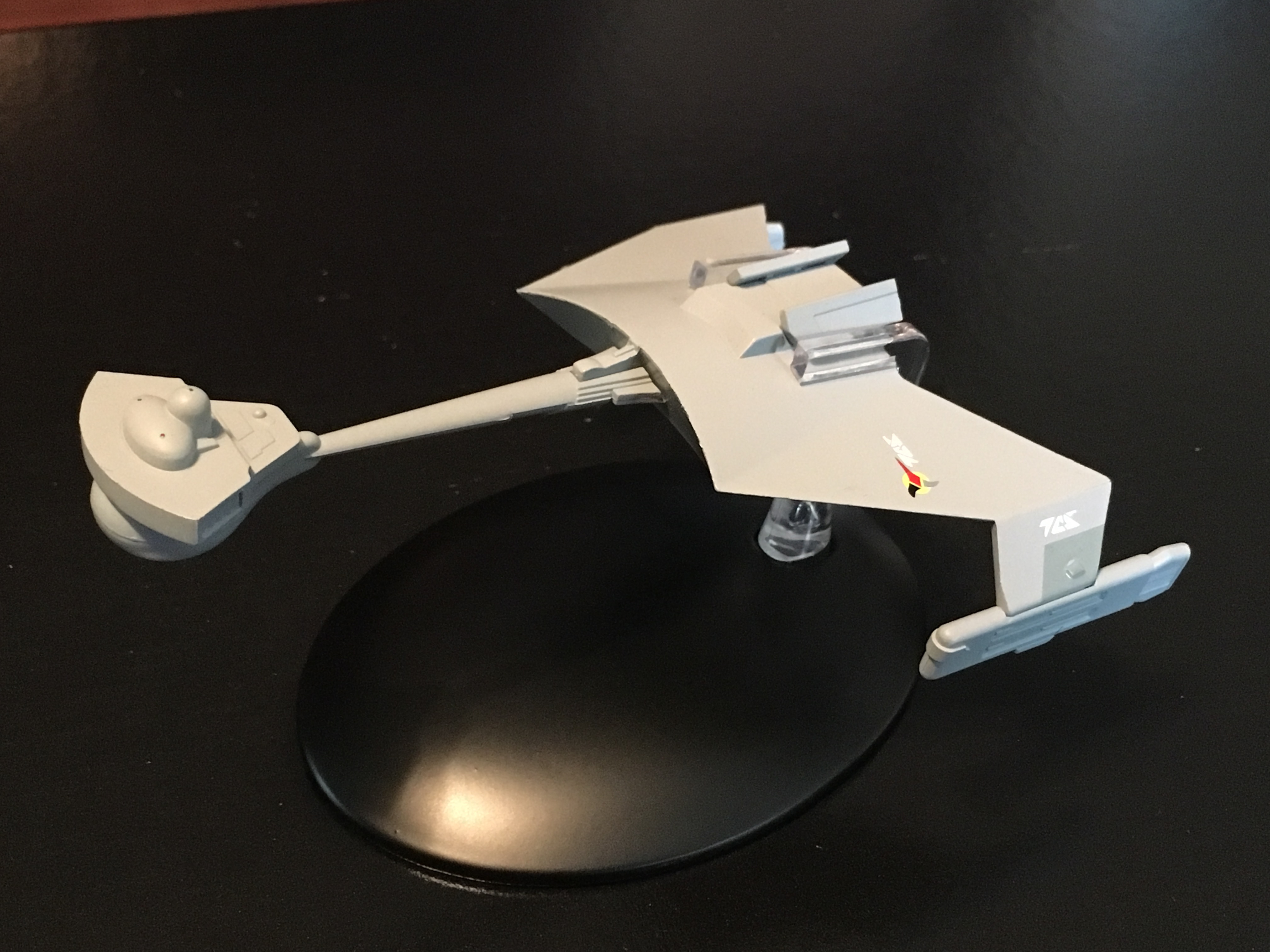 I’ve written a decent amount lately about the Brit publisher’s Batman output — click here for the most recent round-up — and I’m glad to add starships to the TREK TUESDAYS mix.

Check out more of these pix. Or, as the Klingons would say: Legh po’law’ mIllogh! 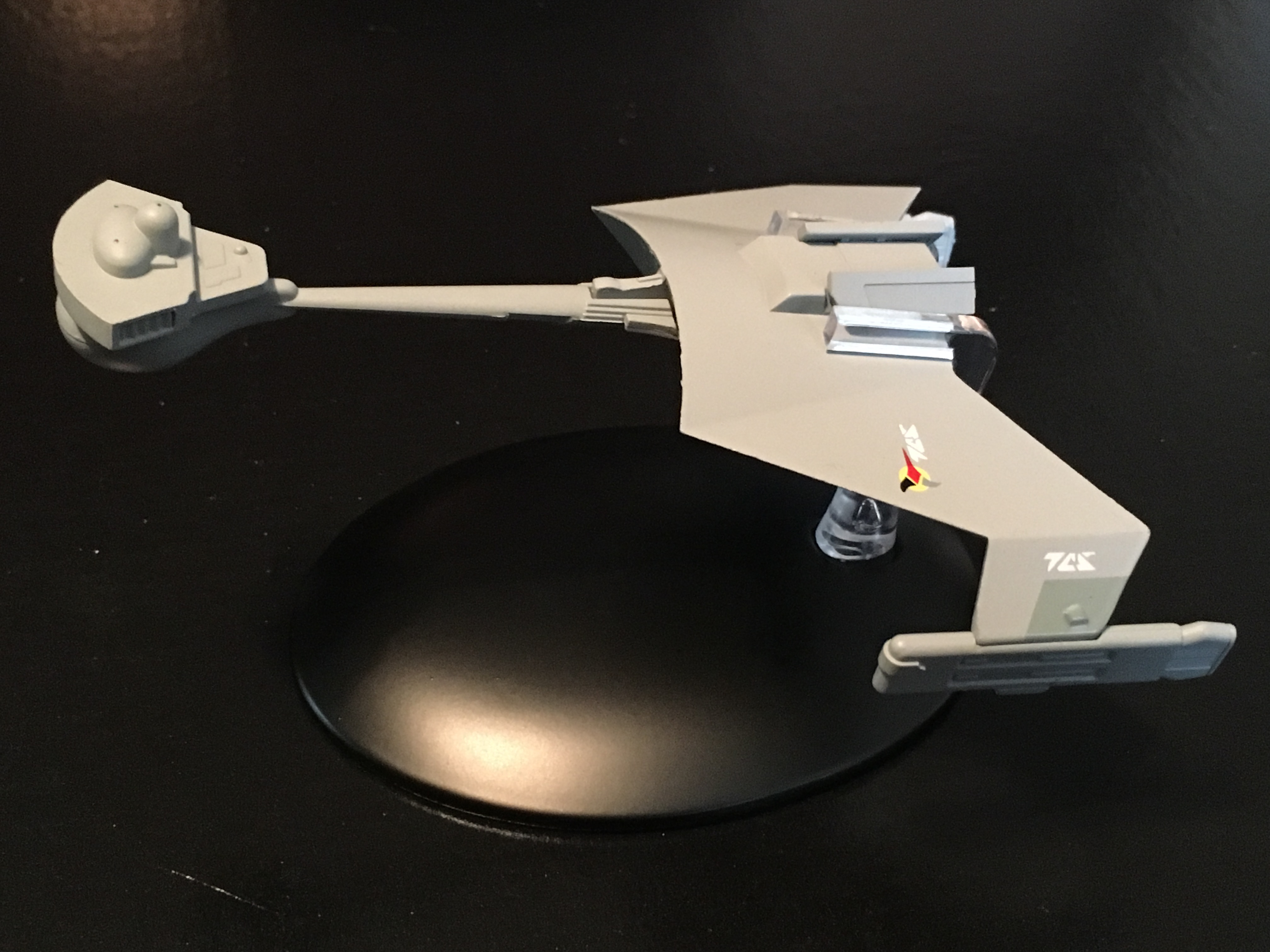 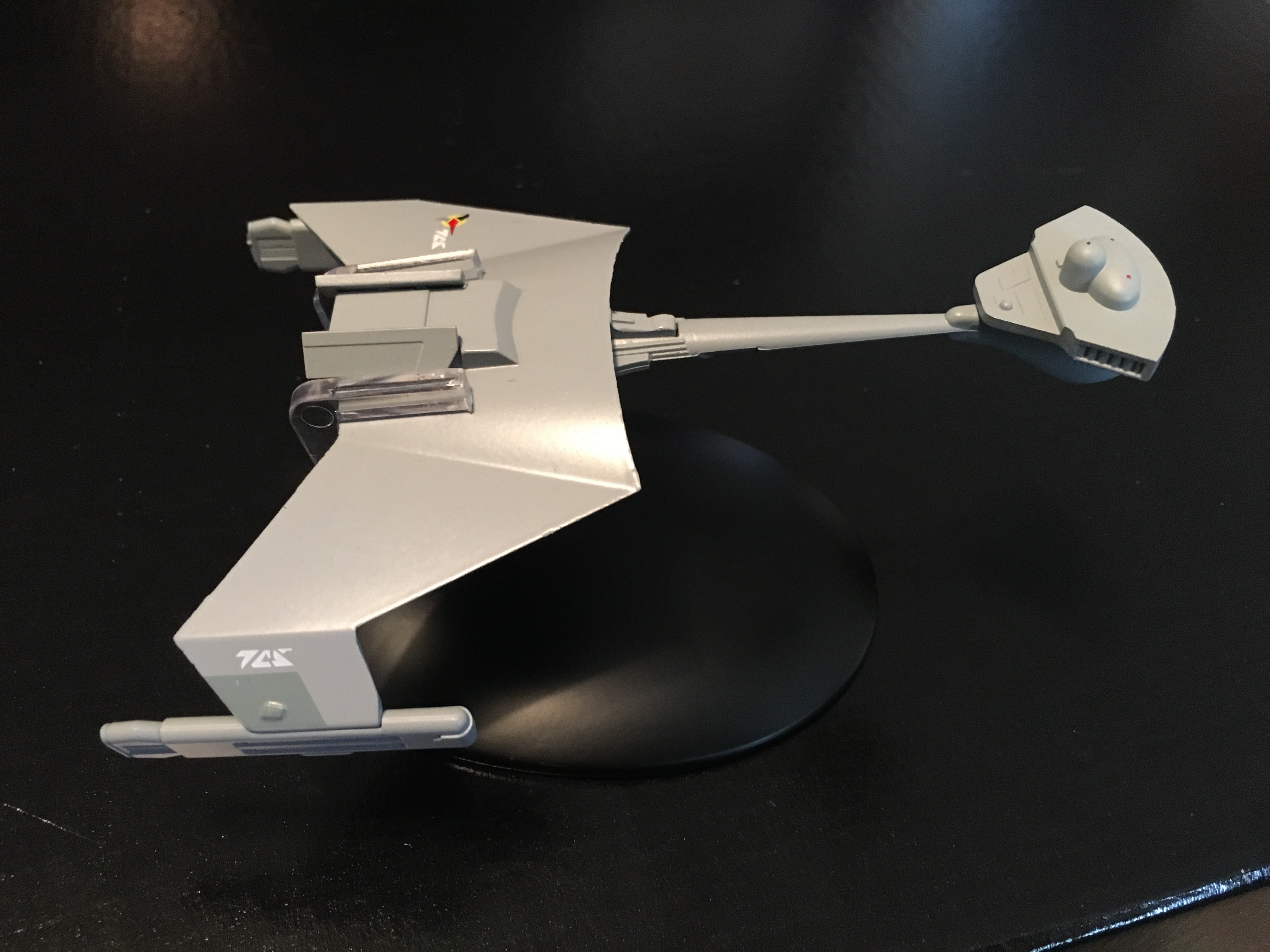 Every Star Trek miniature ship comes with an informative magazine that’s actually superior to their Batman version. They have more pages and are filled with new images as well as a sizable selection of vintage behind-the-scenes FX shots and original concept designs. I like that the ships in the collection stick pretty close to their on-screen look. This model looks very similar to what we saw on the Original Series, before the bells and whistles were added. 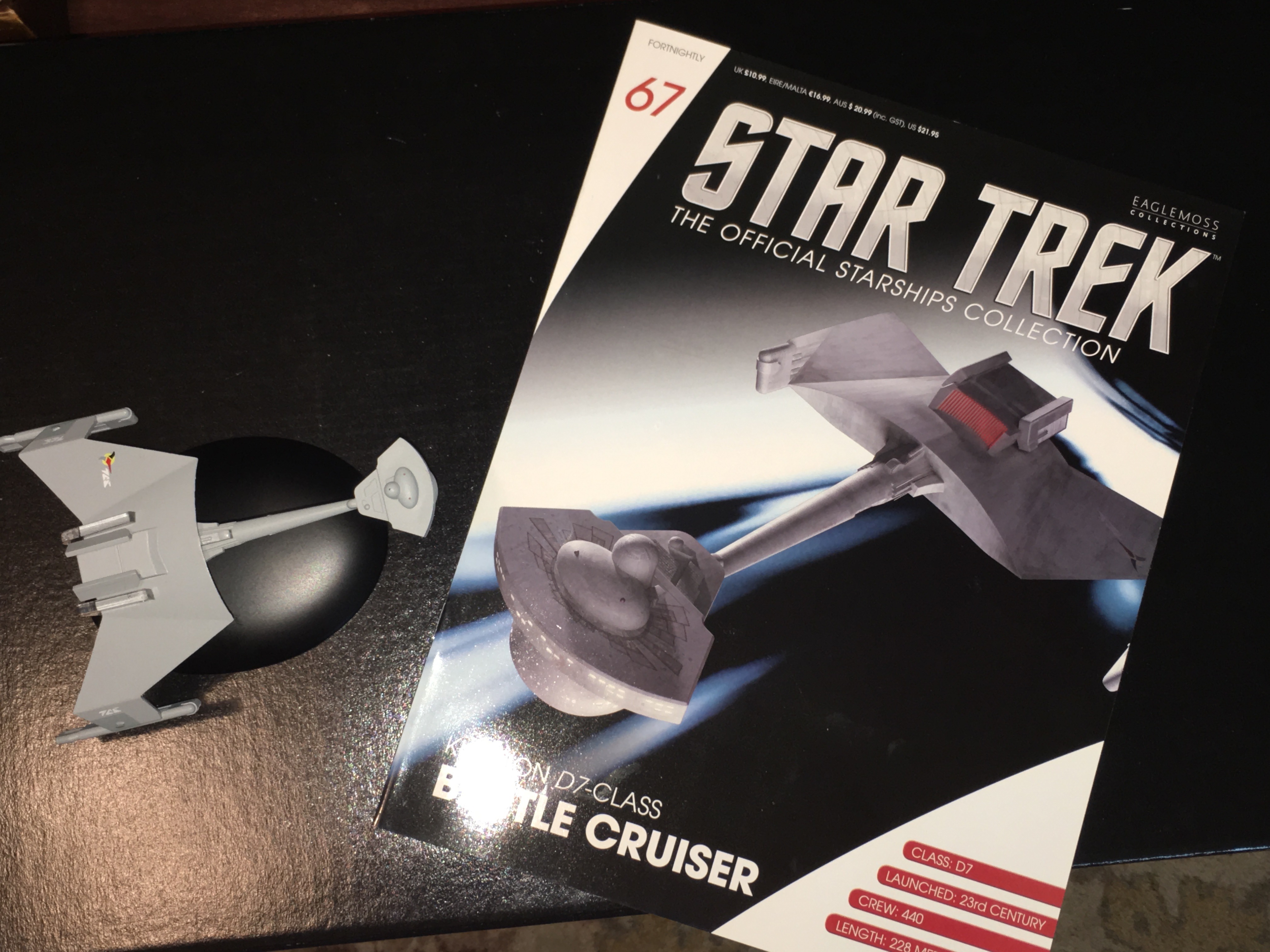 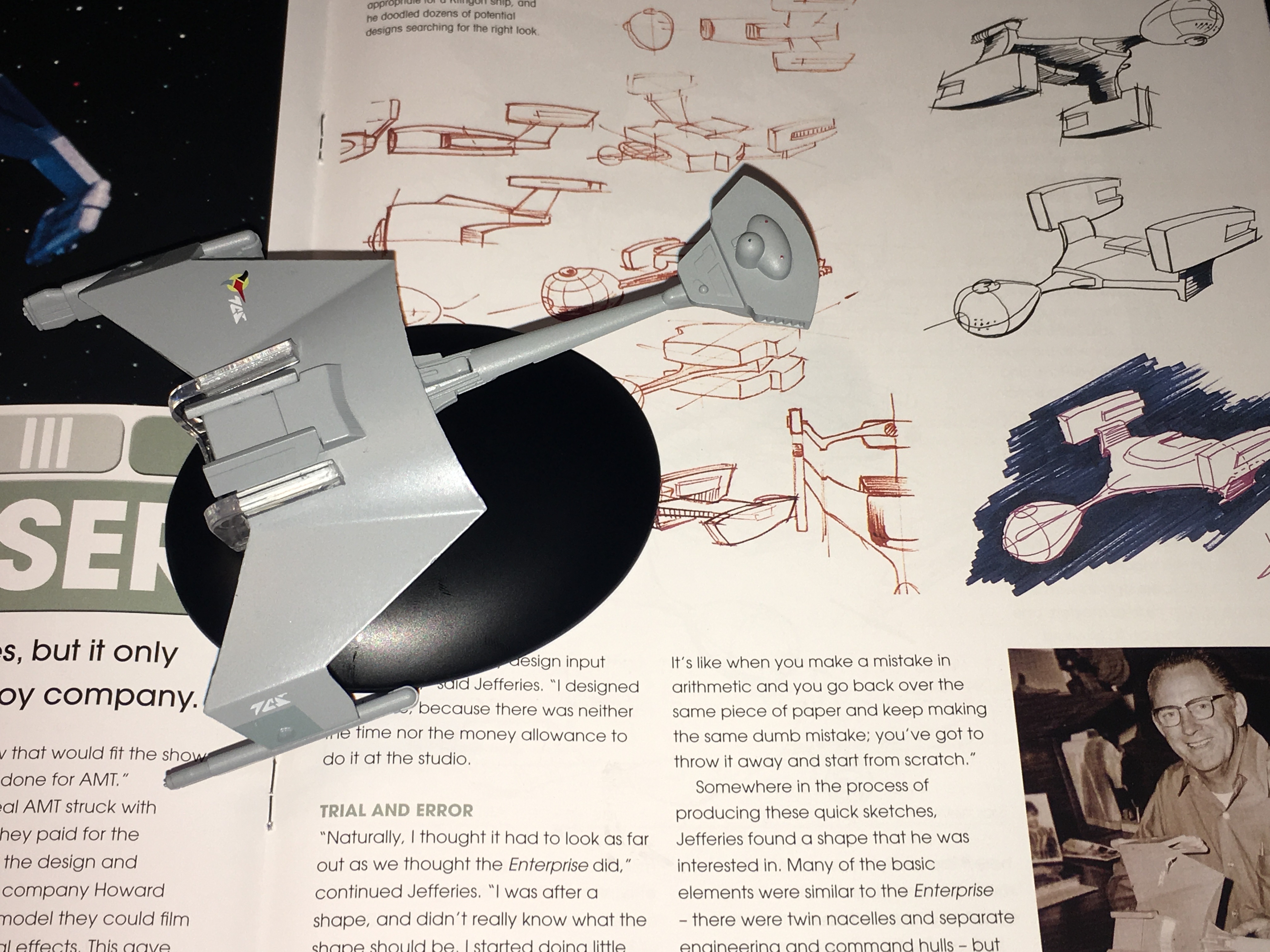 Each ship, whether from the Original Series or Next Generation or any other Trek iteration, can be acquired online from Eaglemoss — by subscription or individually — or at your favorite comics shop in the States. And like their Bat-brethren, they’re an amazing bargain at only about 22 credits a pop. 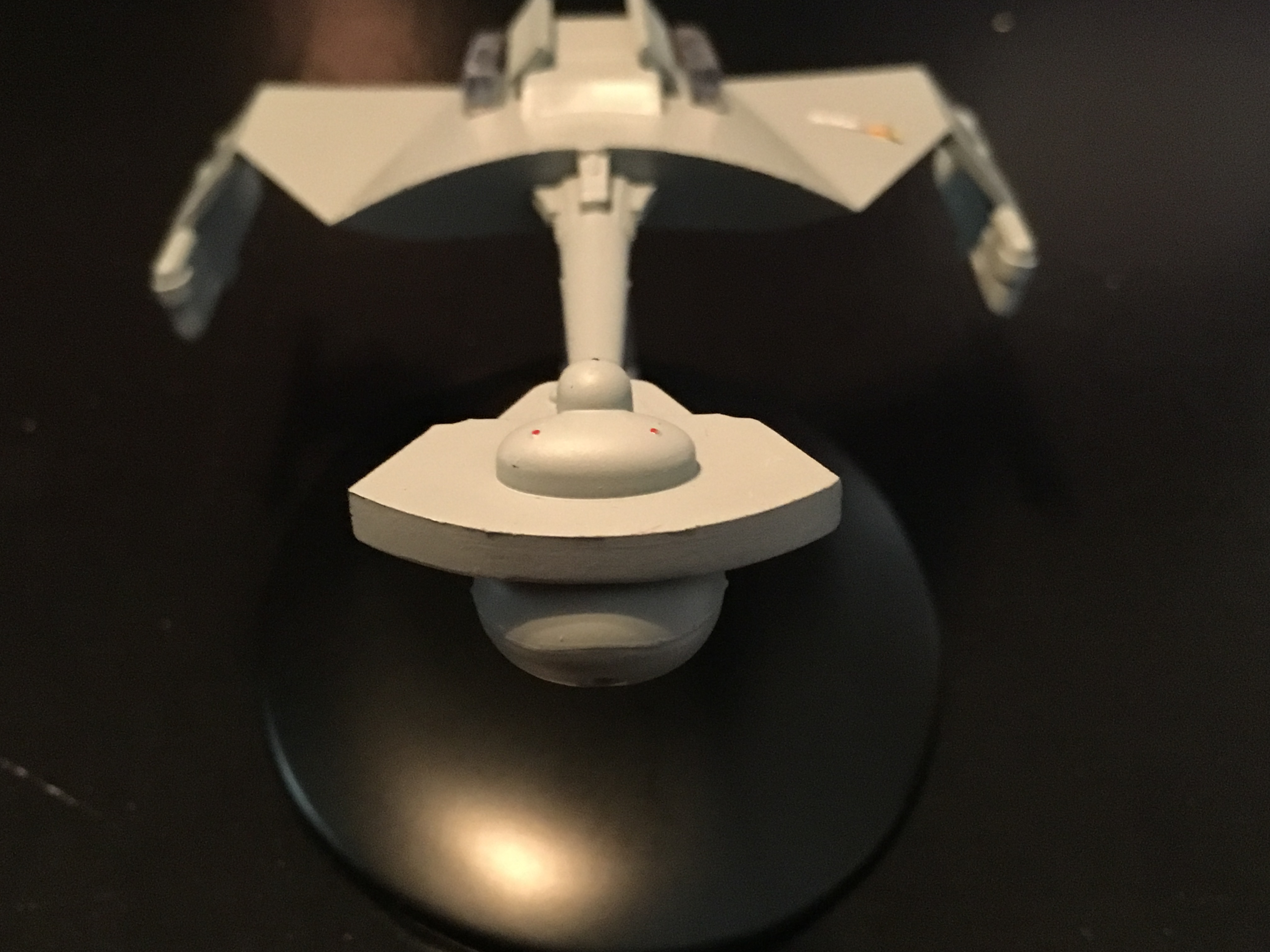 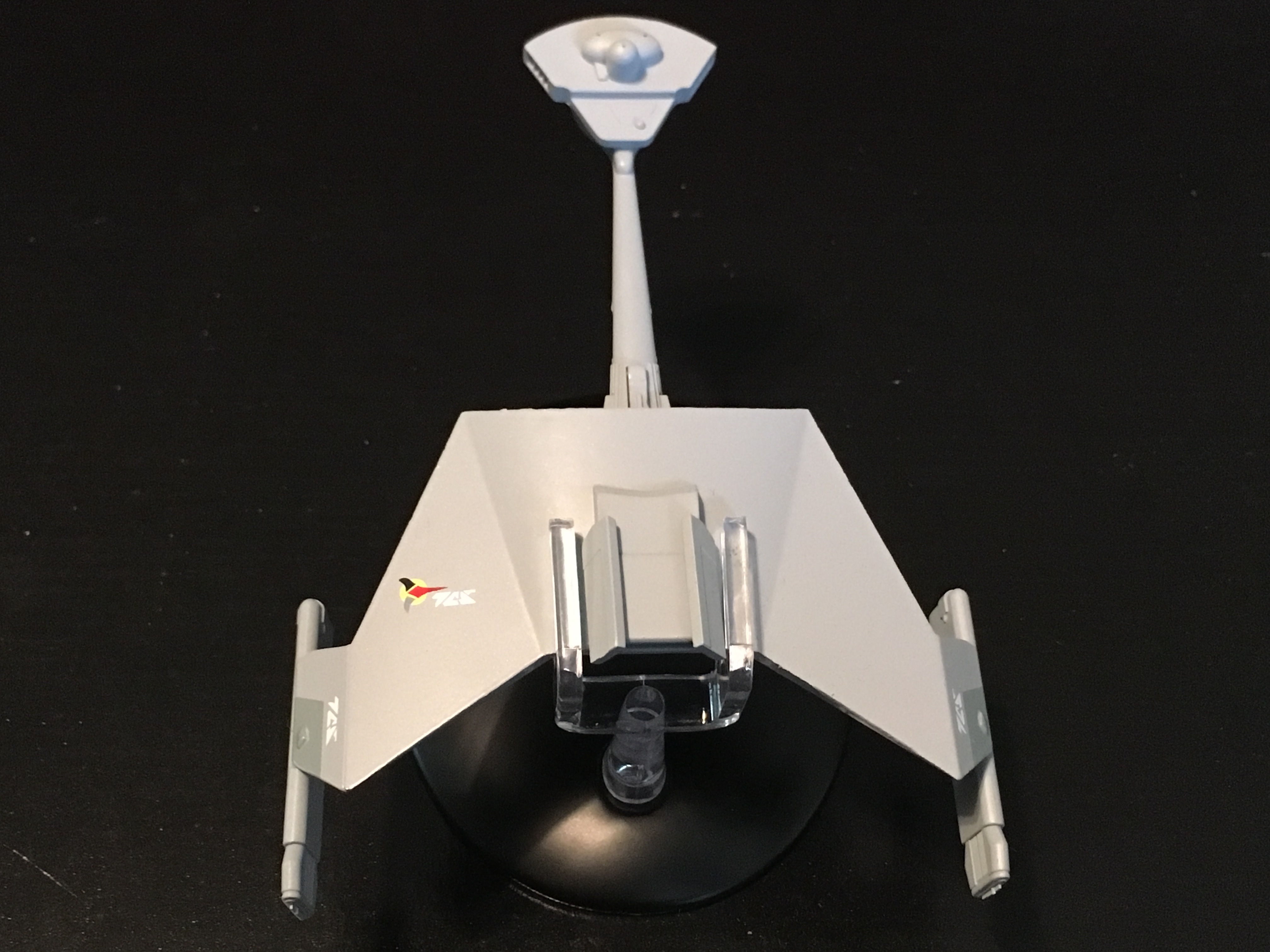 Star Trek: Manifest Destiny #3 is out 5/18 too — from IDW. Such timing, since this story is just crawling with Klingons. It’s written Mike Johnson and Ryan Parrott, with Angel Hernandez art. The main cover is by Hernandez, but there are two variants, a Stephen Mooney cover featuring Simon Pegg’s Scotty hiding from the Klingons and a spectacular Tony Shasteen re-do of the Star Trek III: The Search for Spock poster. 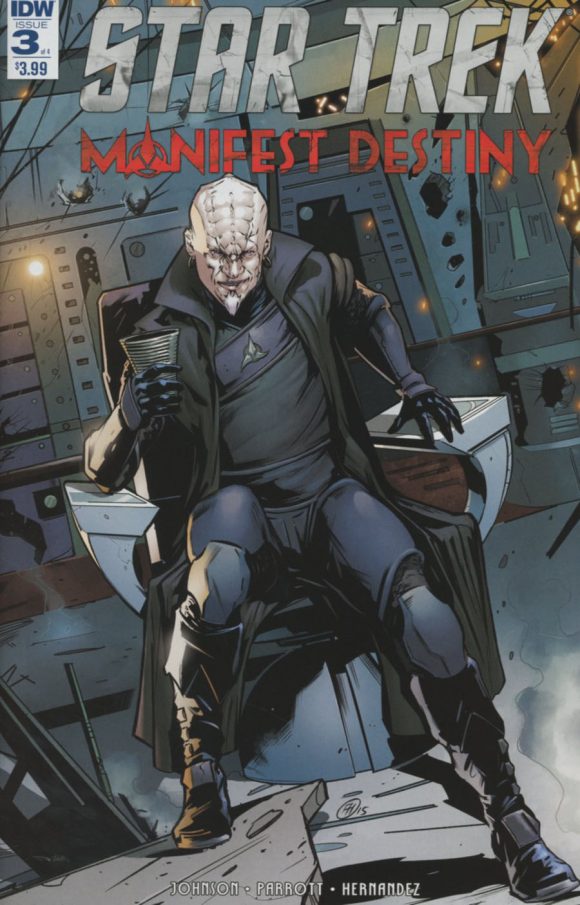 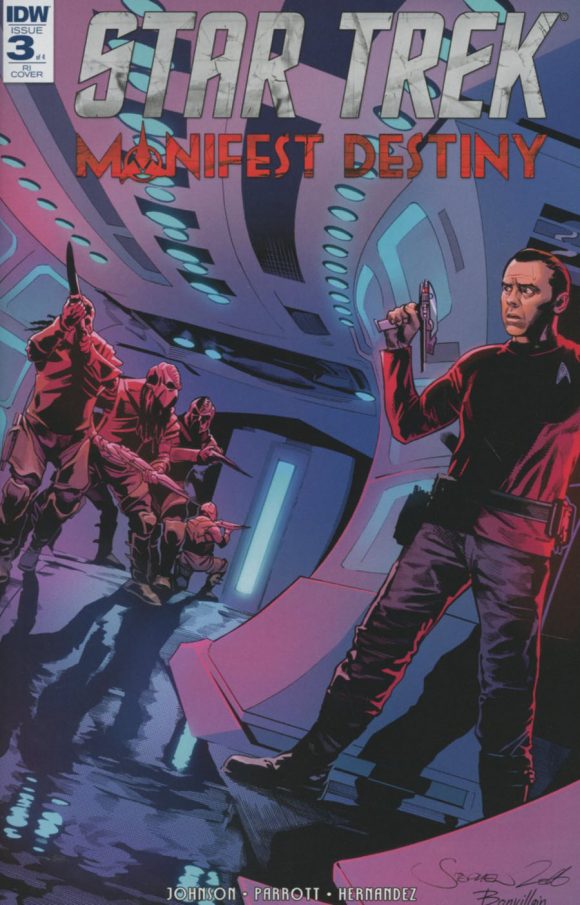 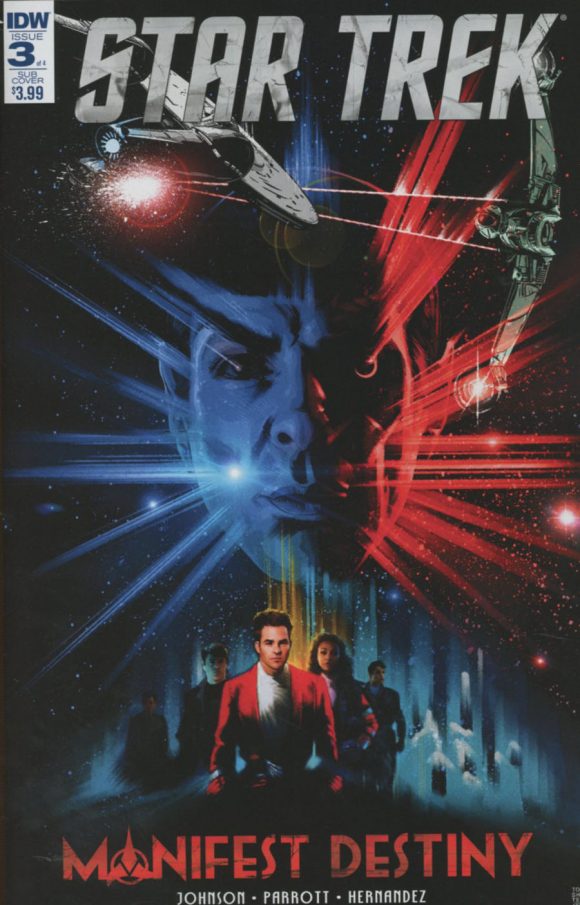