Reunited, and it feels so good…

In the new issue — by Sina Grace, Derek Charm, Matt Herms and Jack Morelli — Jughead makes his way to the 29th century, where he meets up with his time-crossed gal pal, January McAndrews, descendant of his best buddy. (The fan-fave love interest showed up at the end of Issue #1 — pick it up!)

Anyway, this Monday — June 24 — is final order cutoff and we’ve got a SNEAK PEEK at some unlettered pages that give you a taste of what’s in store: 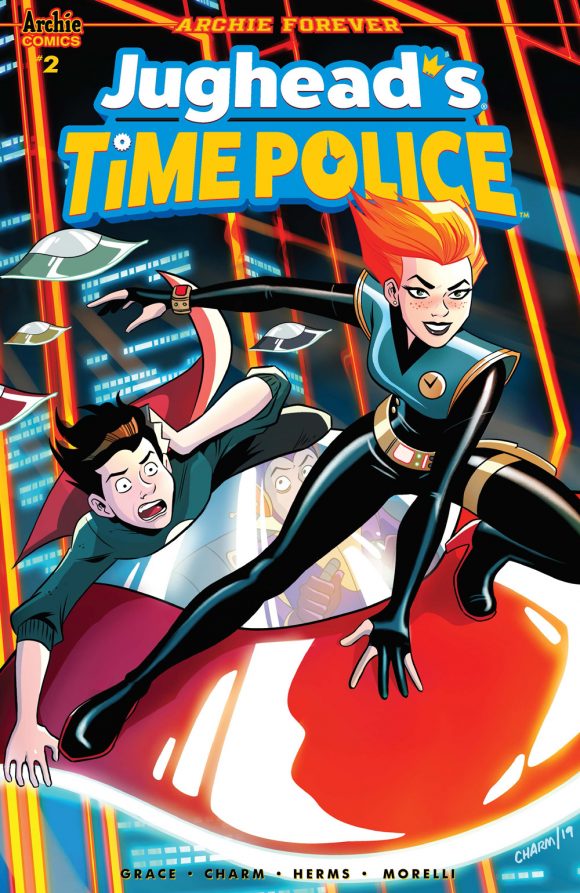 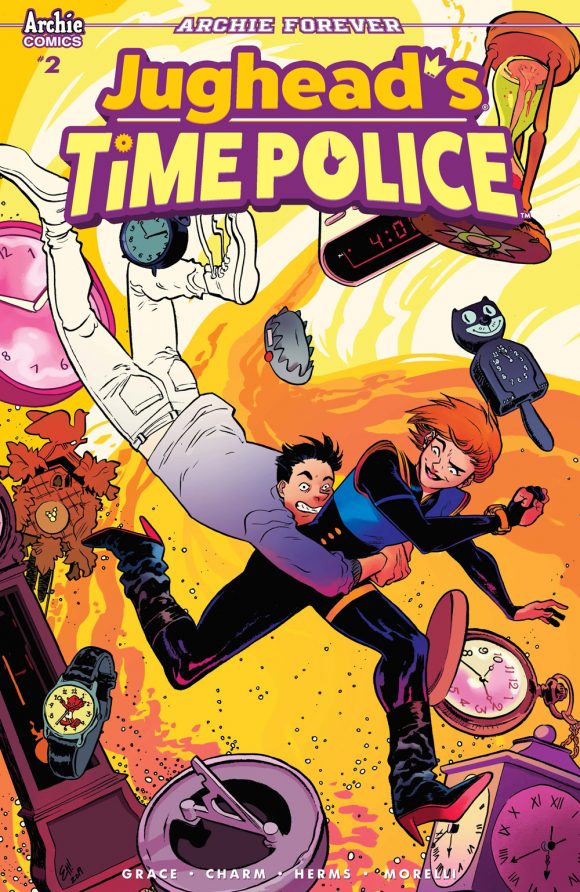 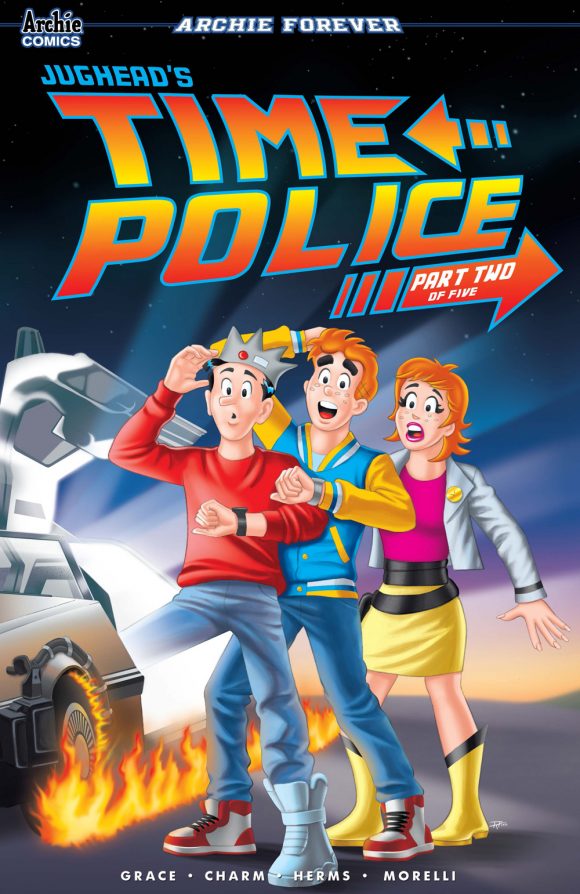 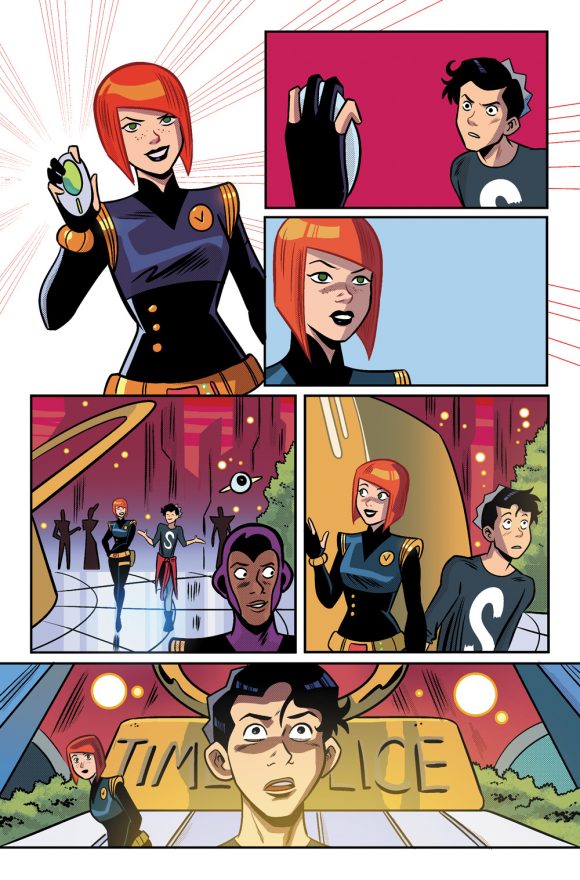 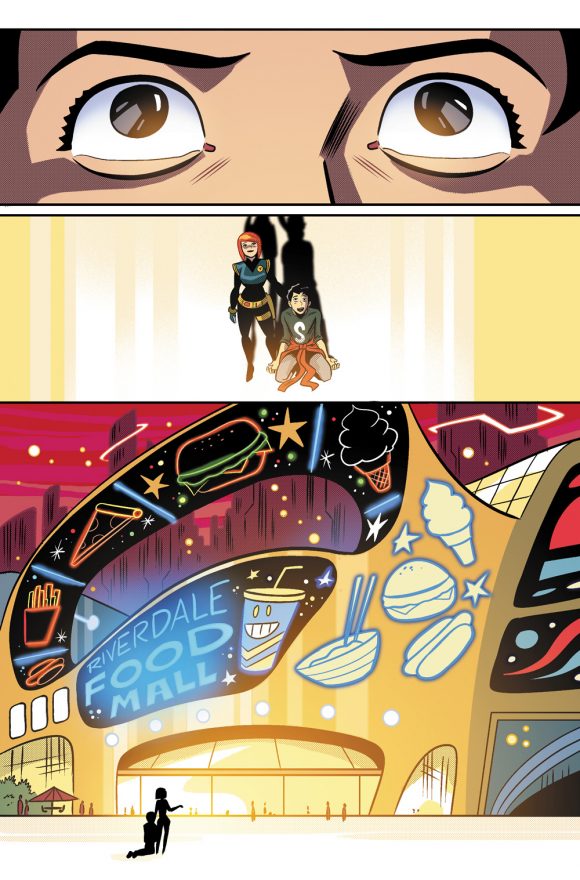 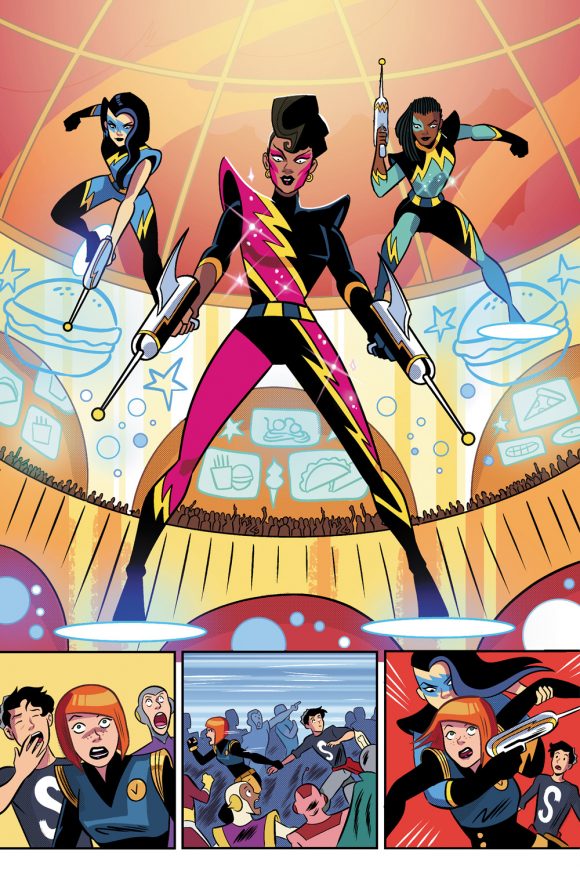 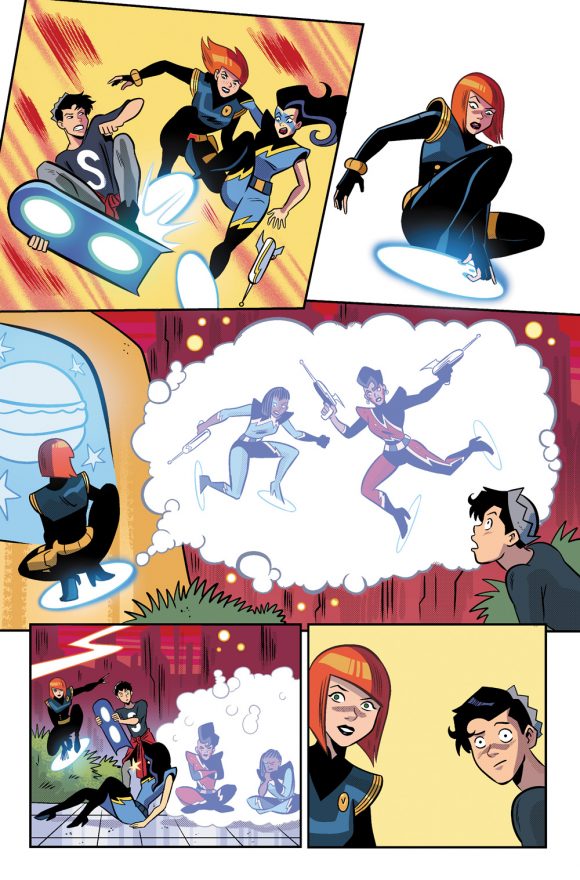 I like how the 29th century is pretty much a cross between the Legion of Super-Heroes and an ’80s music video.

Because that’s pretty much how I imagine it.

Anyway, here’s the official solicitation info, followed by a helpful graphic provided by the Archie folks to help make sure you don’t miss the issue:

Journey with Jughead to the 29th Century! January McAndrews, head of the Time Police, explains the rules of time travel, and how Jughead’s already created alternate timelines they now have to police. But all the praise in the world isn’t fixing Jughead’s pie problem, and he’s realizing that everyone seems to be intentionally keeping him from time traveling. He’s getting angry, and things haven’t even gotten weird yet! 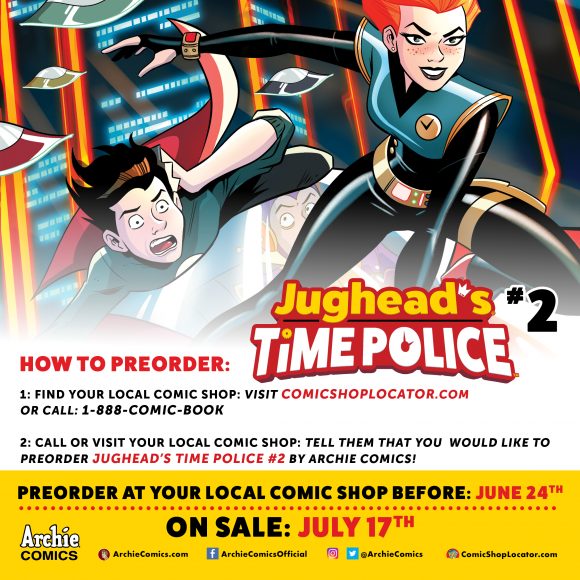