Writer Matthew K. Manning is no stranger to offbeat histories of Batman: Some of my personal faves have included The Batman Files and The Batman Vault, for example.

Well come February 2021, Manning will have another cool project on the shelves — Insight Editions’ Exploring Gotham City: An Illustrated Guide, an all-ages look at the ins and outs of the Caped Crusader’s stomping grounds.

Dig this official description, along with the cover, featuring art by Studio Muti: 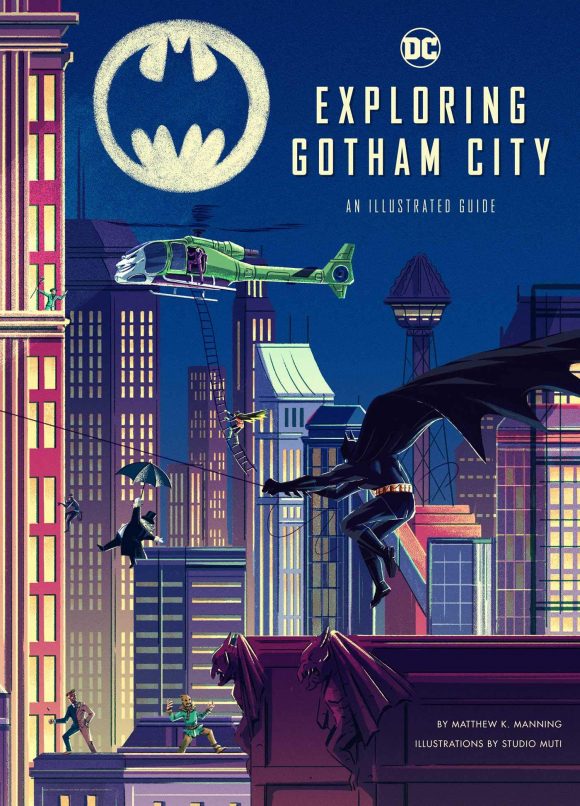 DC Comics: Exploring Gotham City combines striking full-color illustrations of Gotham City with interactive elements that reveal the secrets of the most fascinating locations from the birthplace of the Dark Knight. Explore famous landmarks like the Batcave, Arkham Asylum, and Wayne Manor and uncover the mysteries of the Gotham City.

The first in a series of large-scale interactive books that explore the iconic locations from the world of DC Comics, DC Comics: Exploring Gotham City is the perfect book for readers of all ages who want to investigate the tumultuous city Batman calls home.

Neat, huh? Now check out a couple spreads from the book, which is is due Feb. 16 (give or take). 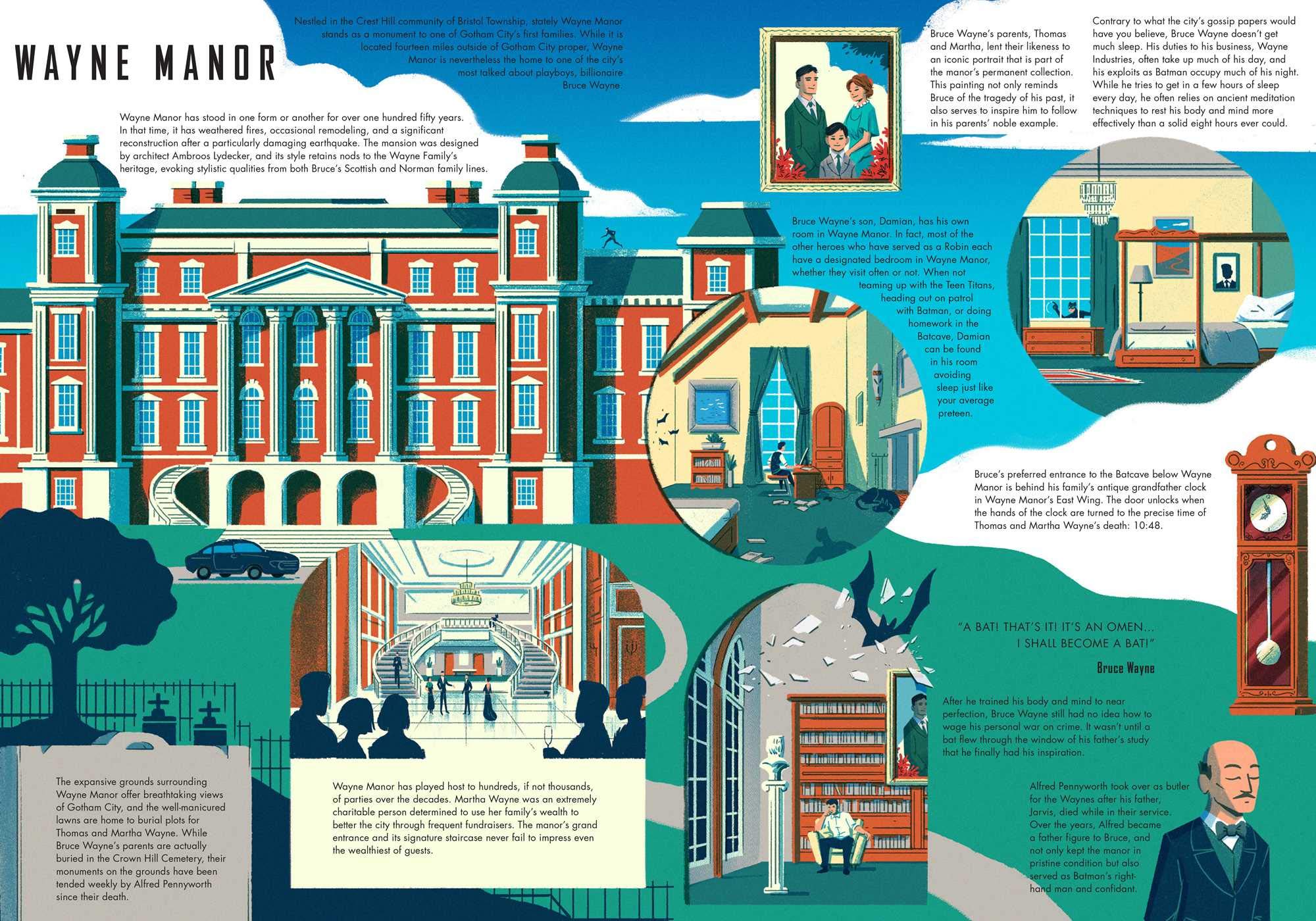 “Most of the landmarks are drawn from modern comics, many based on the comic-book versions of Gotham City designed by (Batman ’89‘s) Anton Furst back when Denny O’Neil edited the Bat-books,” Manning said. “So you’ll see a lot of the mainstay structures in place since the early 1990s: GCPD Headquarters, Old Wayne Tower, and the like. But I absolutely love the lore of all different eras of Batman, so I throw in a few older buildings as well, including my favorite, the Wayne Foundation. The book certainly has a modern feel to it, but I make sure there are facts in there from a range of eras. We discuss Batmobiles from the 1940s, obscure Batcave tales from the 1950s, and some fun nods to Bronze Age comics as well.” 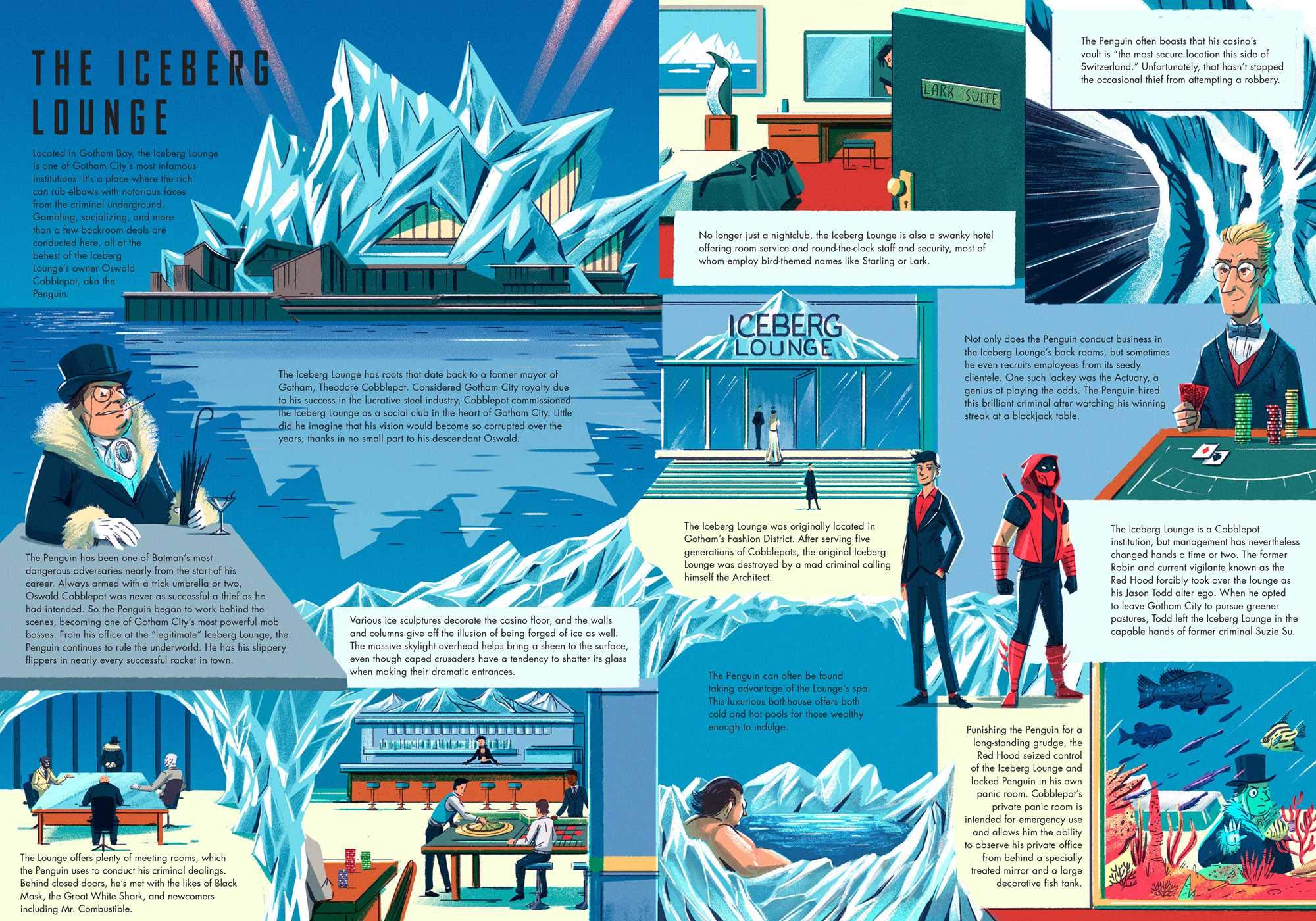 “The stylized illustrations look absolutely incredible, and we really pack in a lot of interesting Bat-facts throughout,” he added. “We’ve even done a few revisions of the manuscript along the way in order to layer in some other fun elements. On some pages, you’ll see a mini-story of sorts, like Catwoman invading Wayne Manor and exploring the different rooms. Other spreads have Easter eggs hidden for diehard fans. You never know what minor character might show up. From Bluebird to Colonel Blimp, we cover a lot of ground.”

This is the kind of thing I eat up. I mean, I must have spent hours just gazing at this when I was a kid: 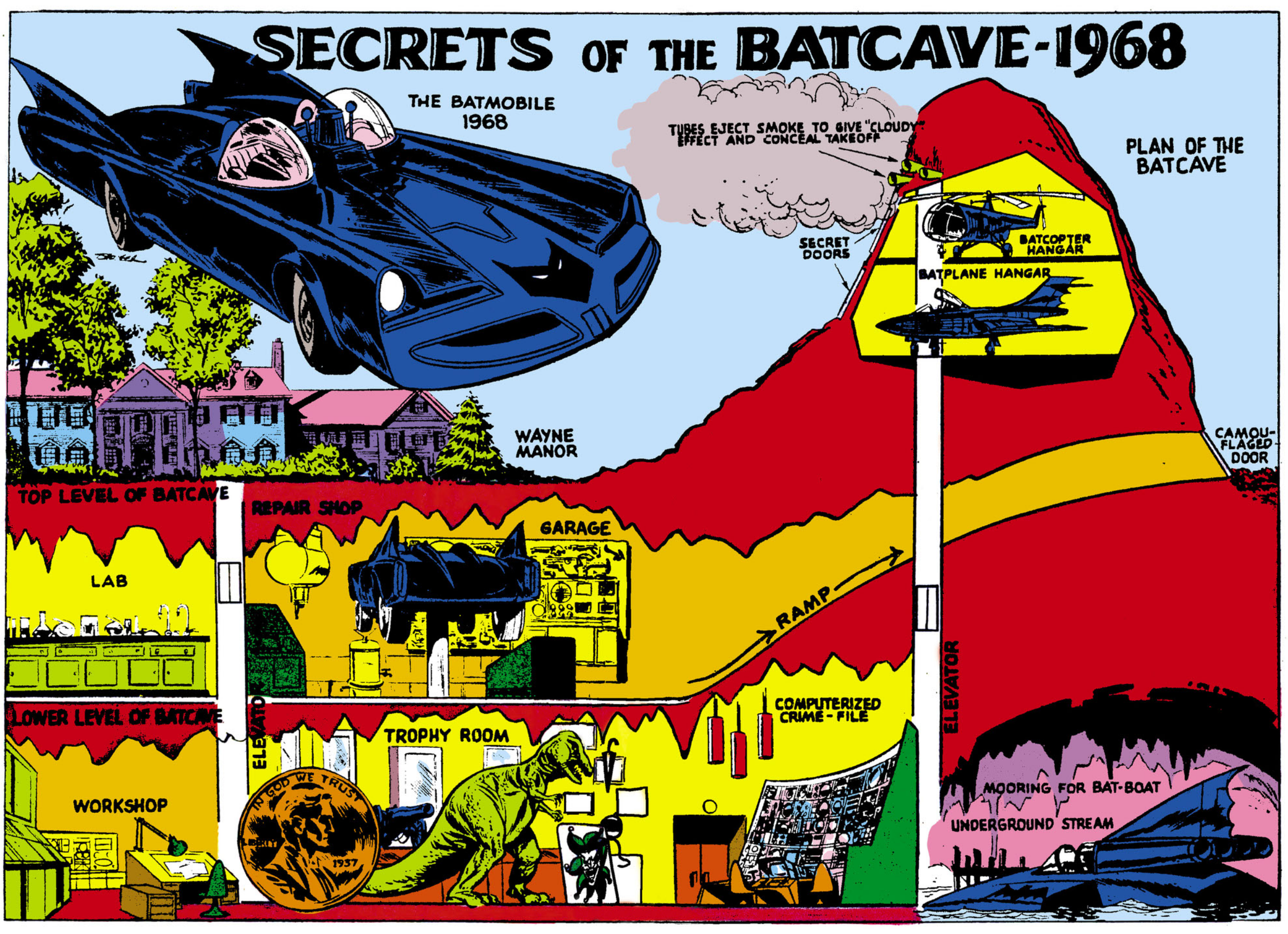 From Batman #203, but most memorably reprinted in treasury size in Limited Collectors’ Edition #C-37.

“Insight Editions came up with the idea in-house and contacted me about it,” Manning said. “They had published a book called Harry Potter: Exploring Hogwarts and wanted to make a Batman book in a similar style. Since I’ve written a few books for them in the past (The World According to the Joker, Deadpool: Drawing the Merc With a Mouth, DC Comics: Anatomy of a Metahuman) and plenty of Batman books for other companies (Batman: A Visual History, The Batman Files, Batman Character Encyclopedia, The Batman Vault), they figured I’d be a good fit. I thought it sounded like a great project, so I got to work right away.”