SNEAK PEEK: Get Ready for a Treasure Trove of NEW TEEN TITANS Awesomeness

TEEN TITANS WEEK: TwoMorrows’ Back Issue #122 will scratch a lot of those Titanic itches…

Welcome to TEEN TITANS WEEK — an anniversary celebration of comics’ greatest (or at least most entertaining) superteam. The term Teen Titans was coined 55 years ago this year and The New Teen Titans #1 debuted 40 years ago Aug. 14. So all week long here at 13th Dimension, we published a variety of tributes to Robin, Wonder Girl, Speedy, Cyborg, Starfire and all the rest. For the complete index of columns and features, click here.

Earlier during TEEN TITANS WEEK, we ran an EXCLUSIVE EXCERPT from Back Issue #122 — the New Teen Titans 40th anniversary issue that’s due in September. (Click here to check out cartoonist Karl Heitmueller Jr.’s hilarious tribute to the team.)

Anyway, as a coda to our festivities, I wanted to give you a SNEAK PEEK at what else the magazine has in store. See, it was originally supposed to be out by now, but the pandemic delayed it until Sept. 16. And even with all we covered over the last seven days, there’s so much for you to check out in this issue. (Heck, I even make an appearance as the co-host of George Perez’s farewell dinner at last year’s East Coast Comicon. The transcript of the evening is included in the ish.) 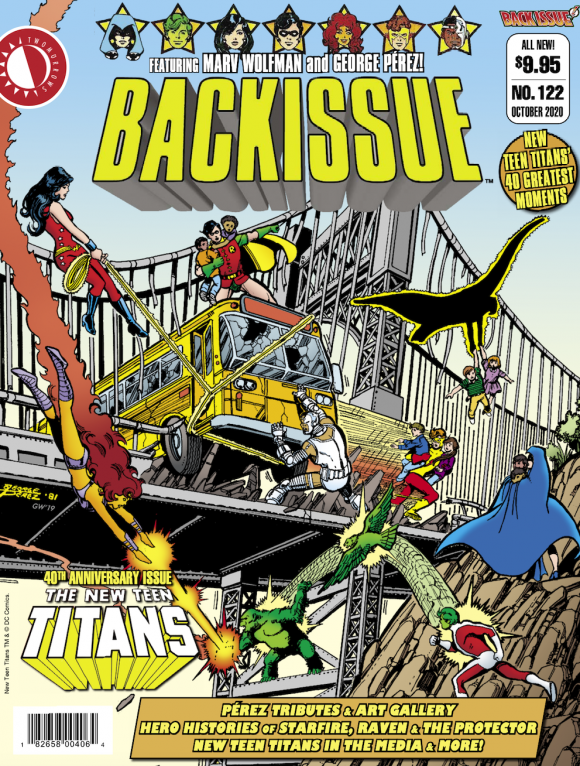 So dig these pages that will give you a nice taste.

The issue will be in comics shops but you can already pre-order it directly from TwoMorrows. (Click here.) 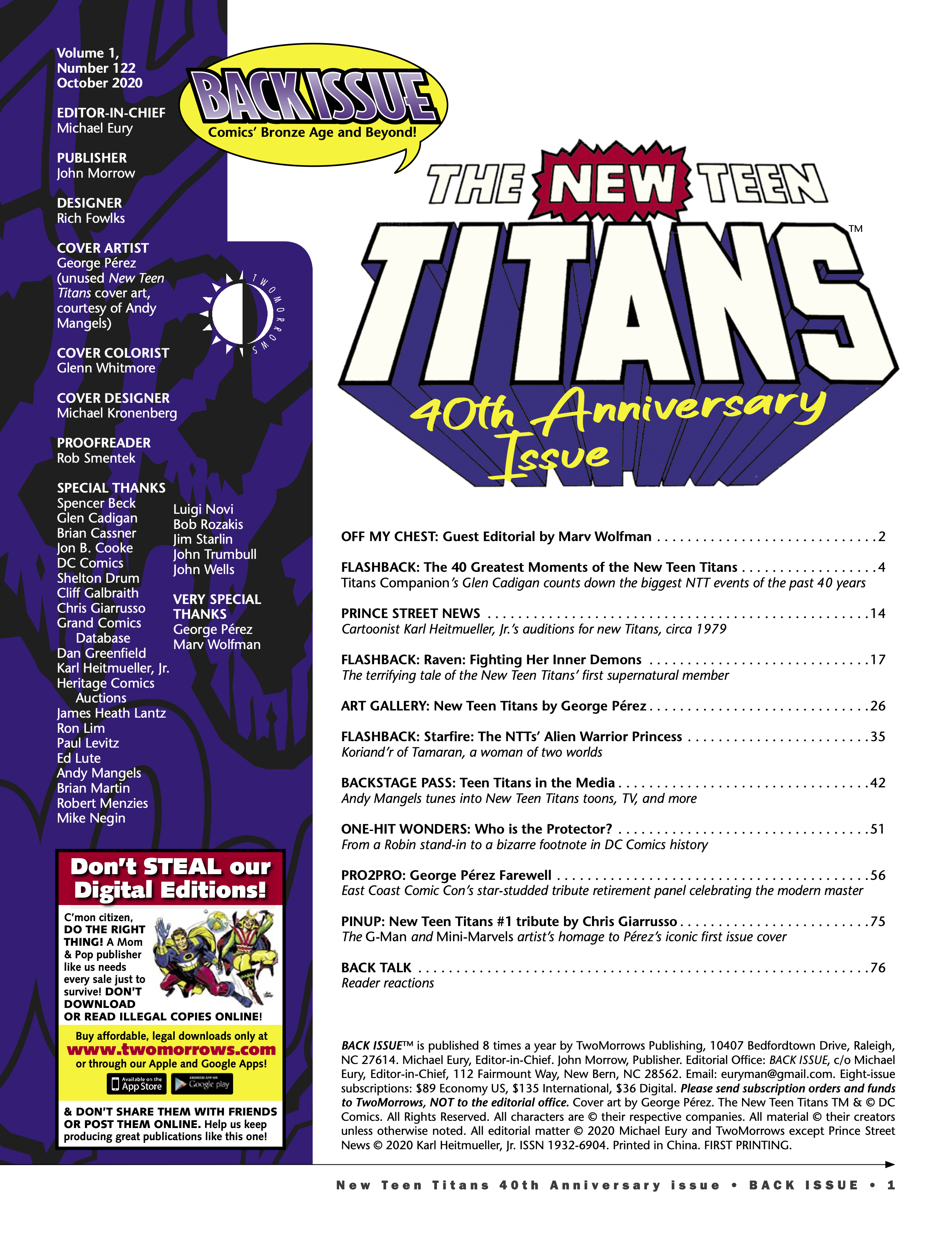 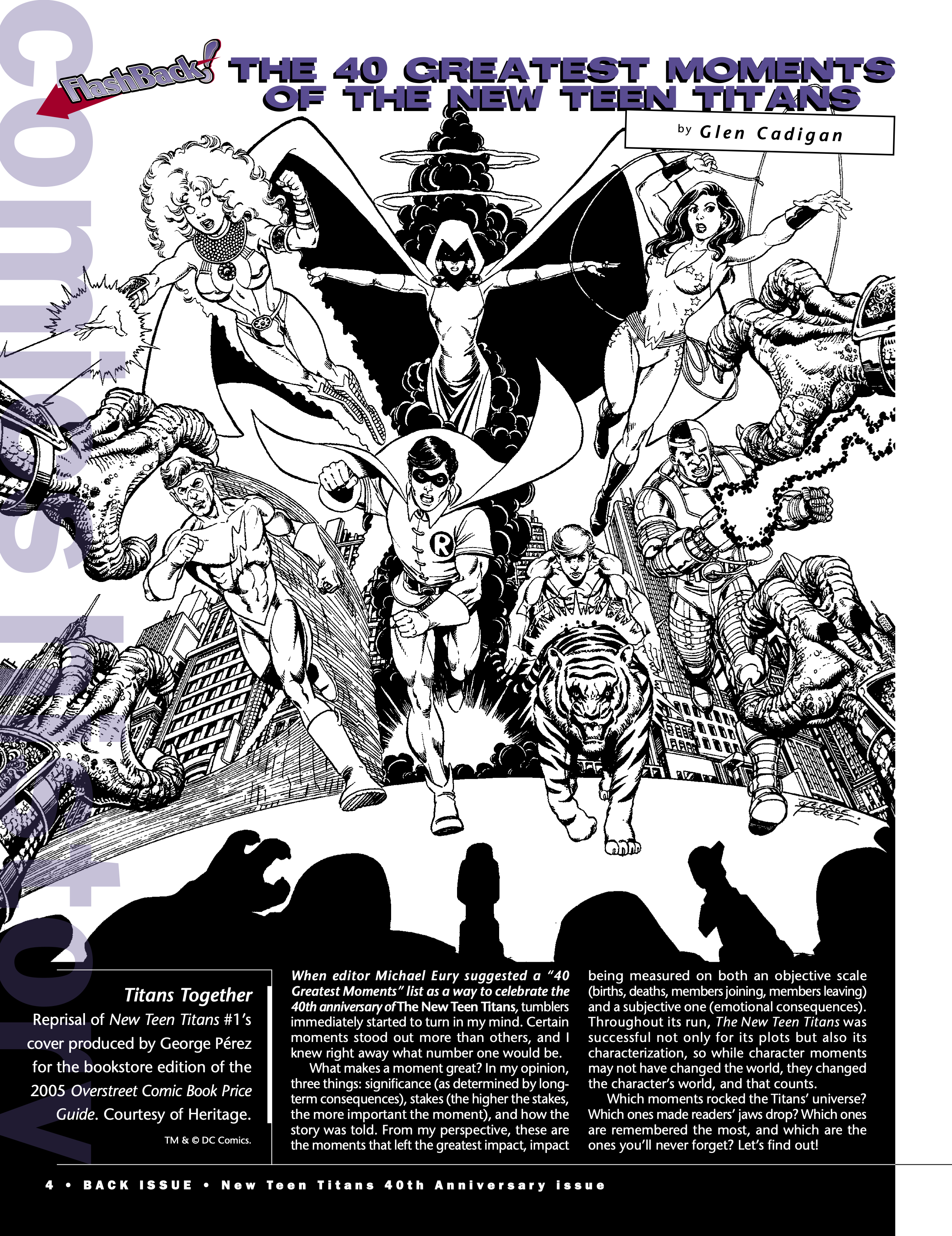 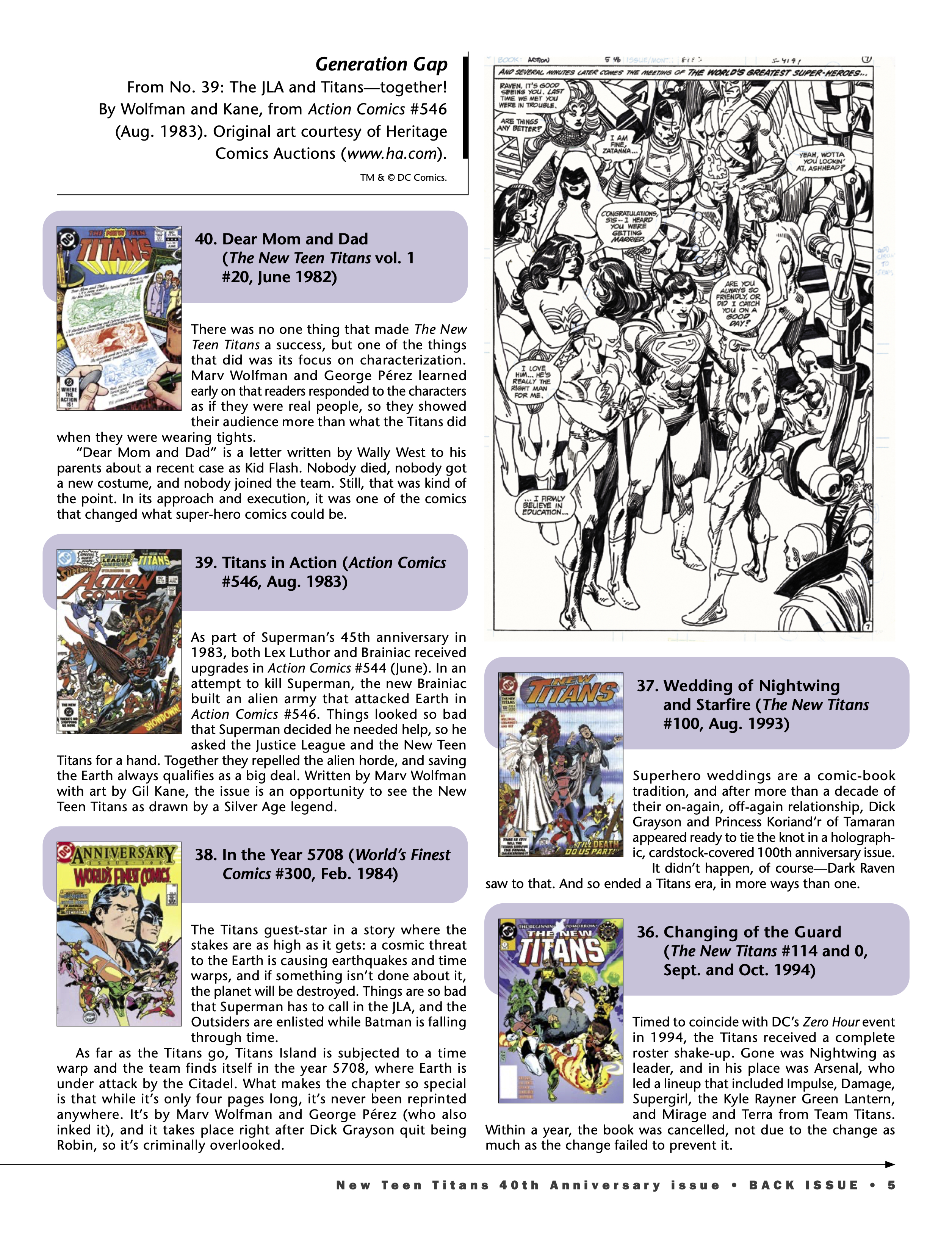 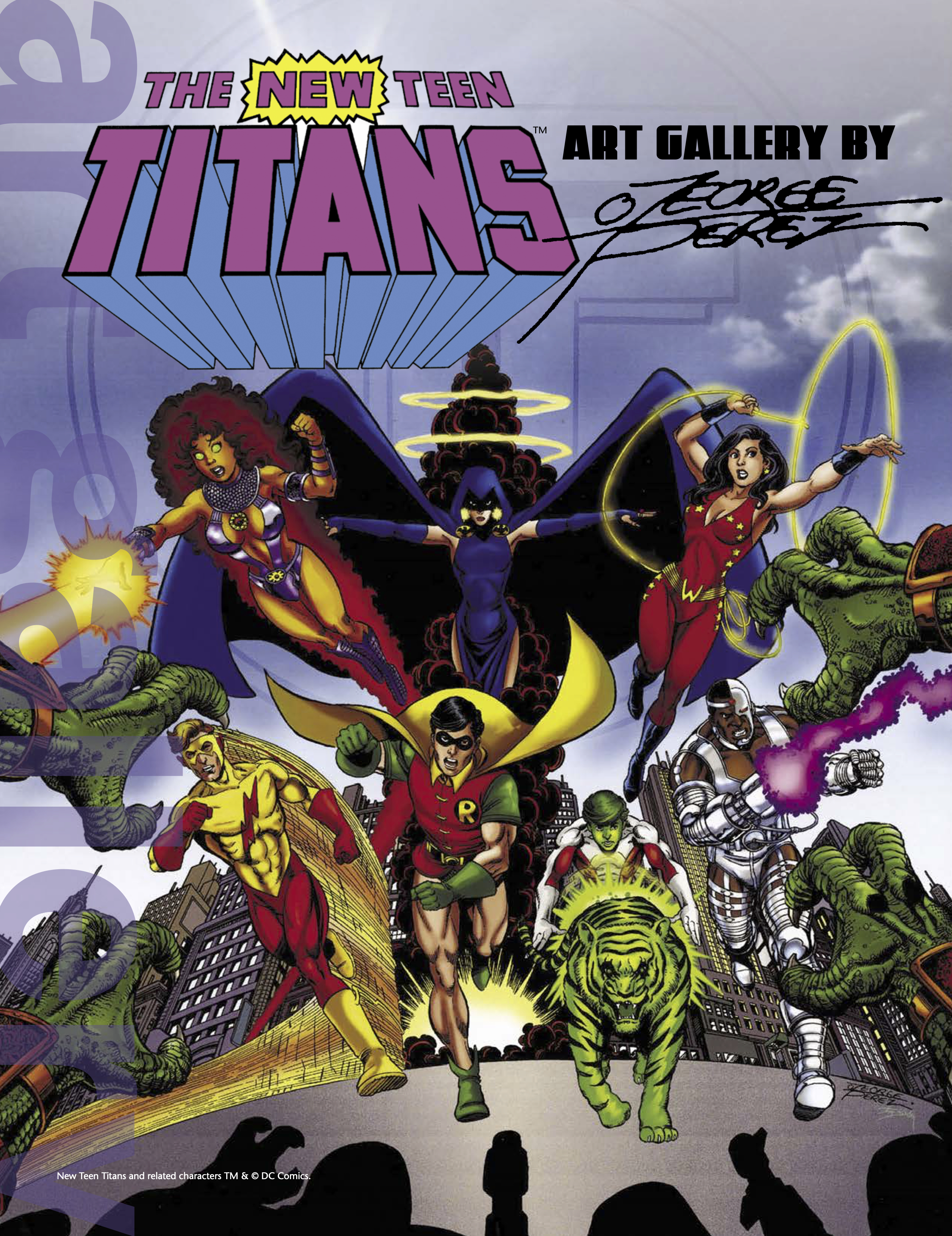 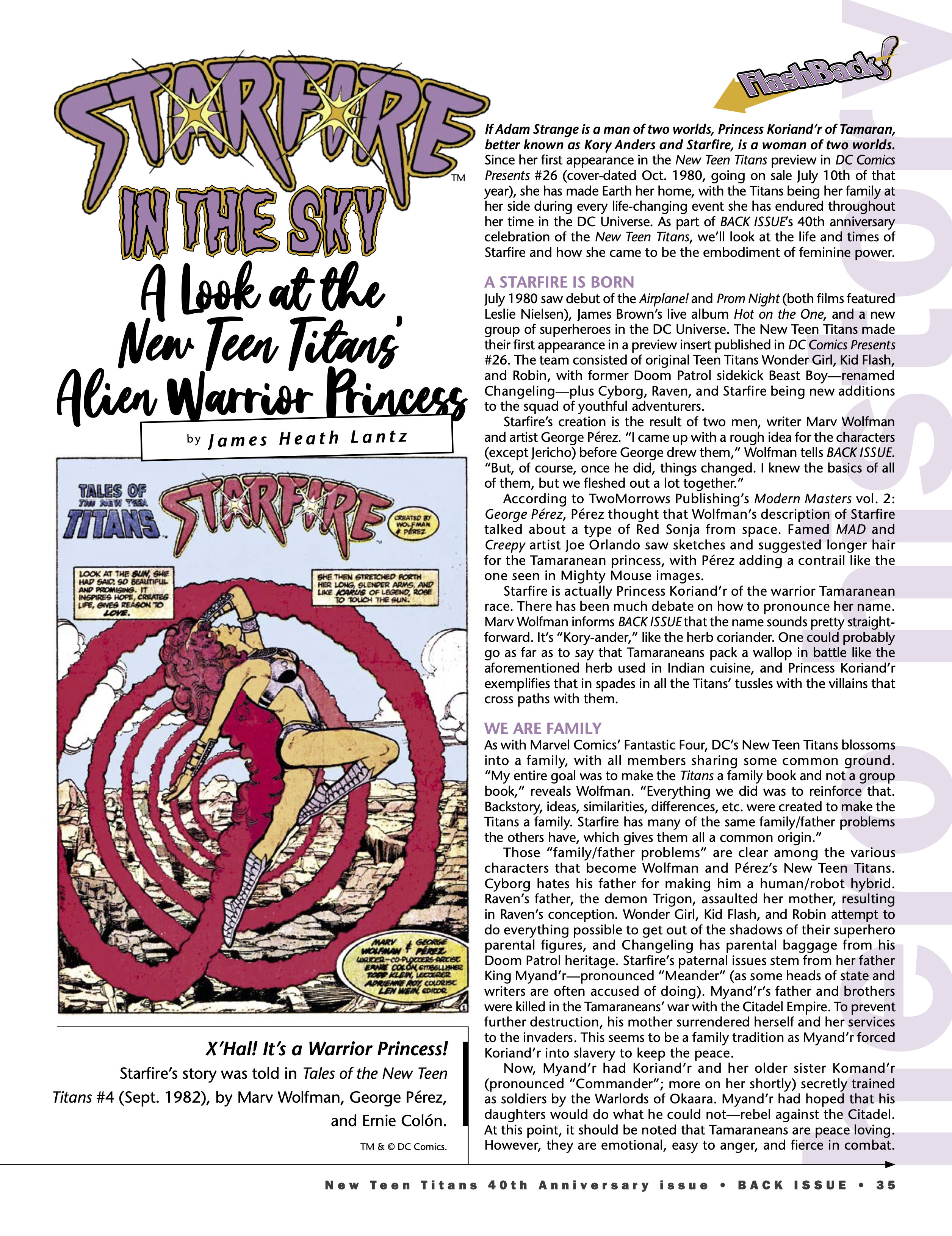 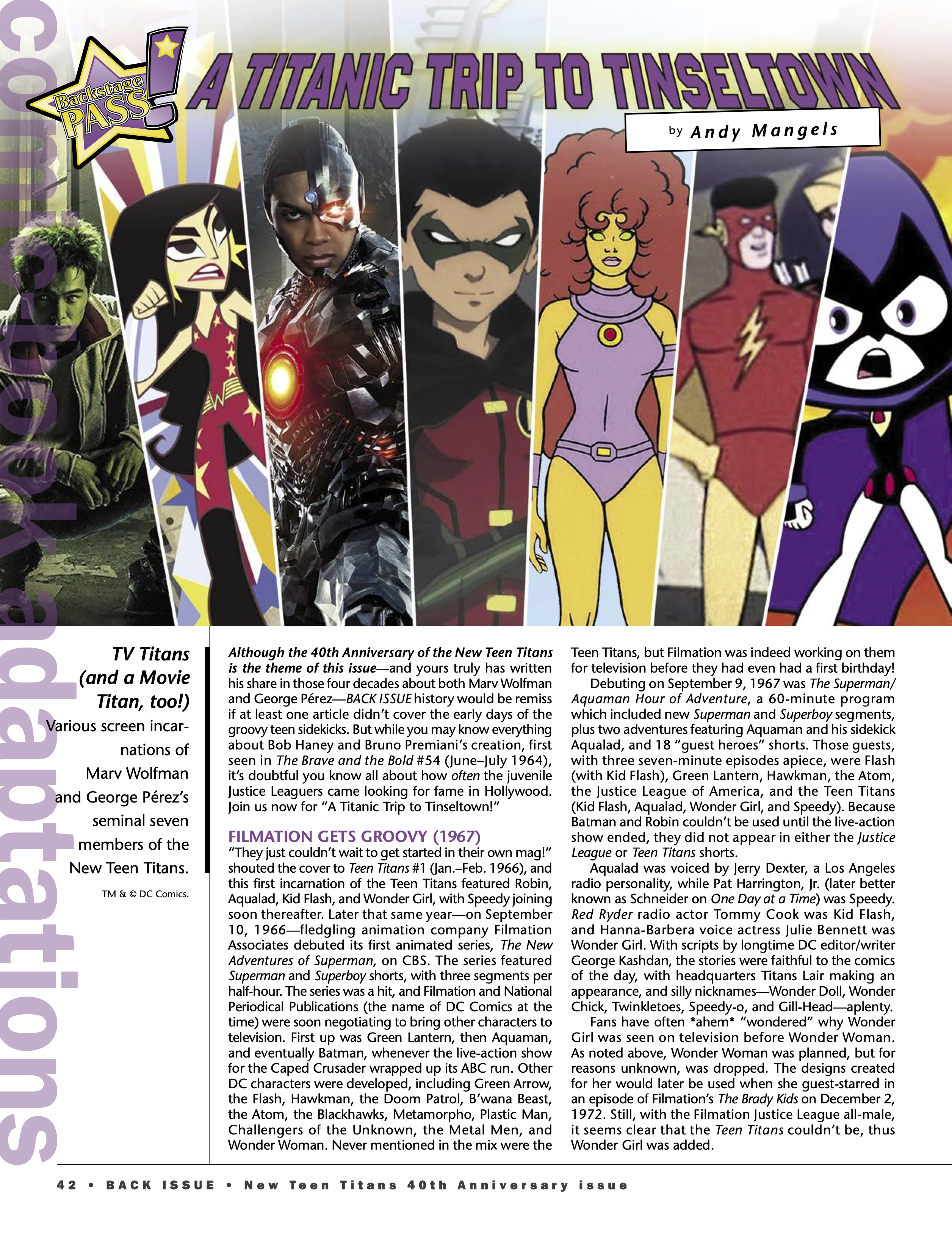 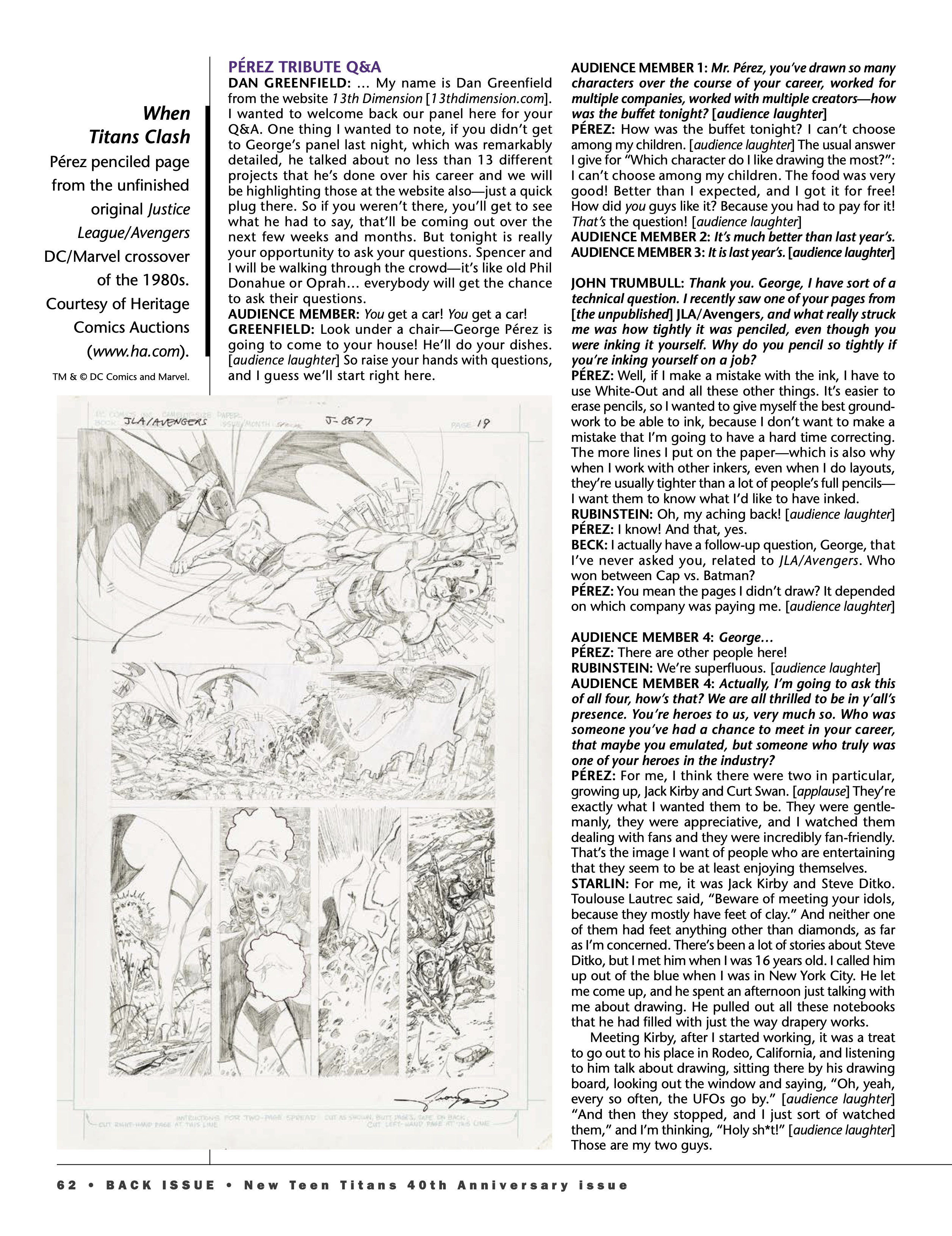