It’s TOYHEM –– and we’ve got for you an advance look at the latest issue from Mego Maven Benjamin J. Holcomb…

For TOYHEM this year, we’re paying particular attention to the 50th anniversary of Mego’s World’s Greatest Super-Heroes line, which as you almost certainly know is being revived by the new Mego Corp.

Now, Benjamin is back again — Issue #5 of his fab magazine World’s Greatest Toys! Digest is due to ship by the end of December.

Check out the gorgeous cover — and dig the highlights of what you can expect: 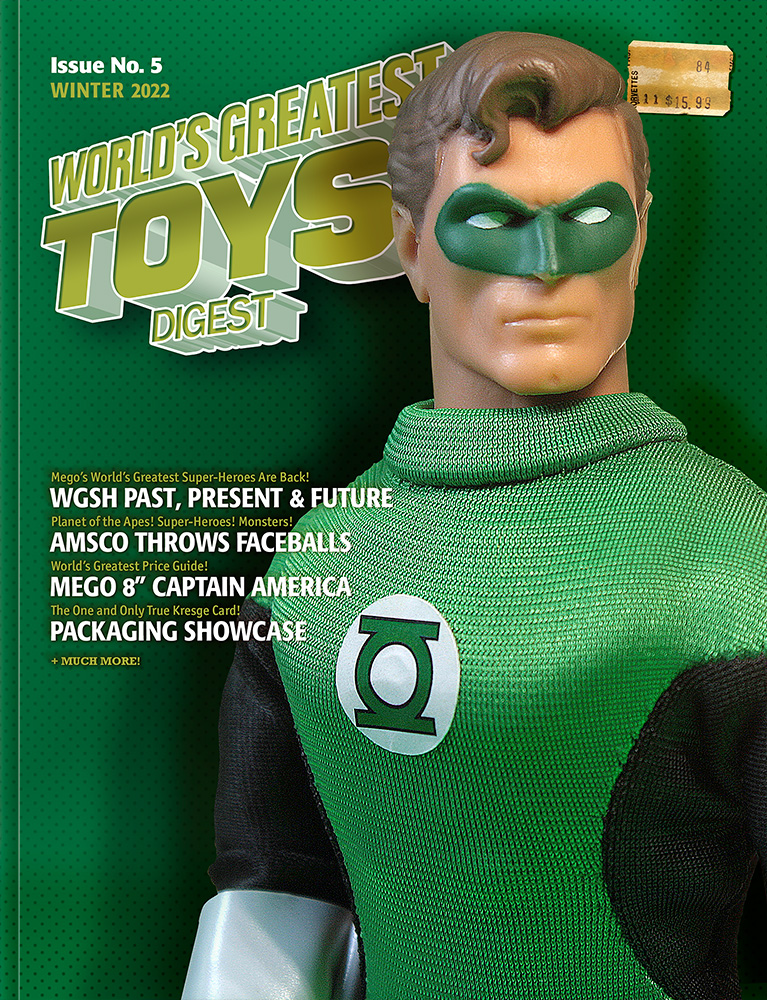 Mego’s 50th Anniversary Green Lantern is featured on the cover, and the theme of this issue is Mego Captain America. Issue #5 is jam-packed with thrilling articles and features, including:

— ORIGINAL MEGO PROTOTYPES. A rare look at the original prototypes for Superman, Batman, Robin and Aquaman, hand-made by Mego in 1972.

— PACKAGING SHOWCASE. A showcase of every FOB Hong Kong Kresge card from 1974. 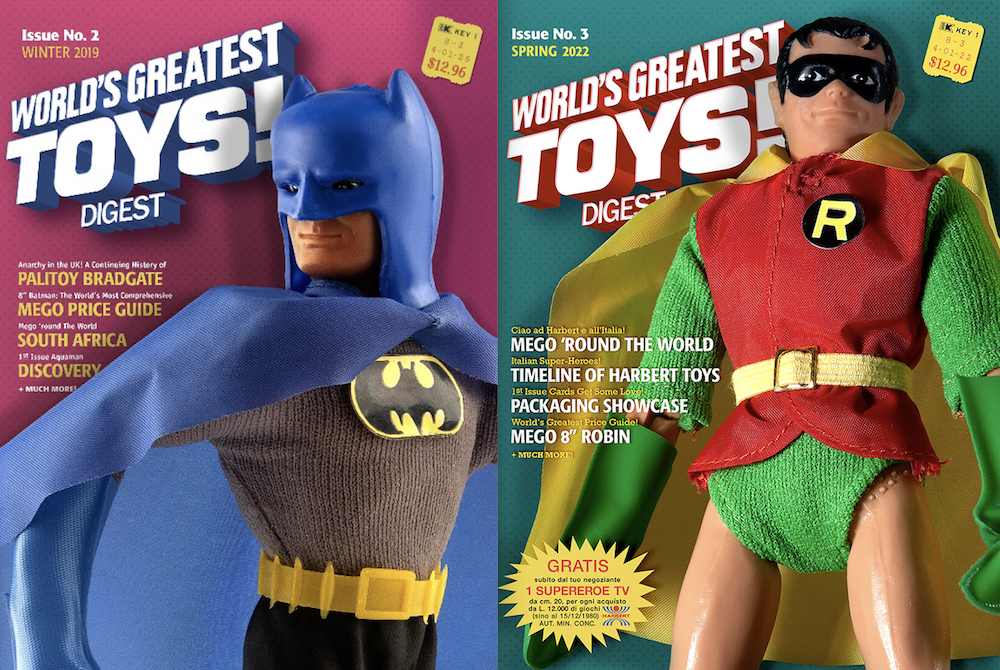 — According to Benjamin, if you want to order with PayPal, please use the Friends & Family option to send $18.74 to his PayPal address: benjamin@worldsgreatesttoys.com.

— If you haven’t picked up an issue yet, do yourself a favor and get right on that. The first four centered on Superman, Batman, Robin and Aquaman, respectively. 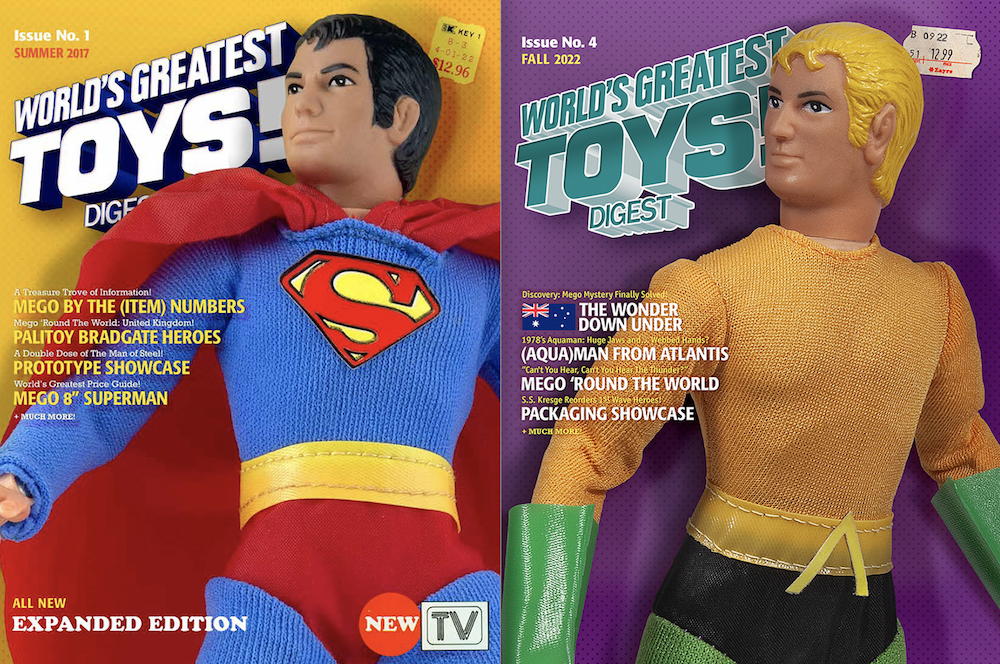 — The original Mego 8″ Super-Heroes: World’s Greatest Toys! book, published by TwoMorrows, is out of print. And even though it’s pricey on the secondary market, make sure you track down a copy — or put one on your last-minute shopping list. It’s one of my favorite books in my entire collection. (A later edition can be found here.)