TOYHEM: Benjamin J. Holcomb, the writer of THE book on Mego, pays us an anniversary visit…

One of my favorite books in my collection is TwoMorrows’ Mego 8″ Super-Heroes: World’s Greatest Toys! by Benjamin J. Holcomb. It is not only an indispensible resource, it’s a brightly colored homage to the greatest toys in the history of humankind. (That’s only slight hyperbole.) He’s also the publisher of the book’s adjunct magazine World’s Greatest Toys! Digest (which you can order from Benjamin at benjamin@worldsgreatesttoys.com.)

Anyway, with this the 50th anniversary of Mego World’s Greatest Super-Heroes line, I just had to invite Benjamin to take part in our annual TOYHEM event. He came up with a great piece — centered on the number 13 as it happens — and he also provided a raft of photos for THE TOP 13 MEGO WGSH HEAD SCULPTS — RANKED. (Click here for that fabulous funkyness.) 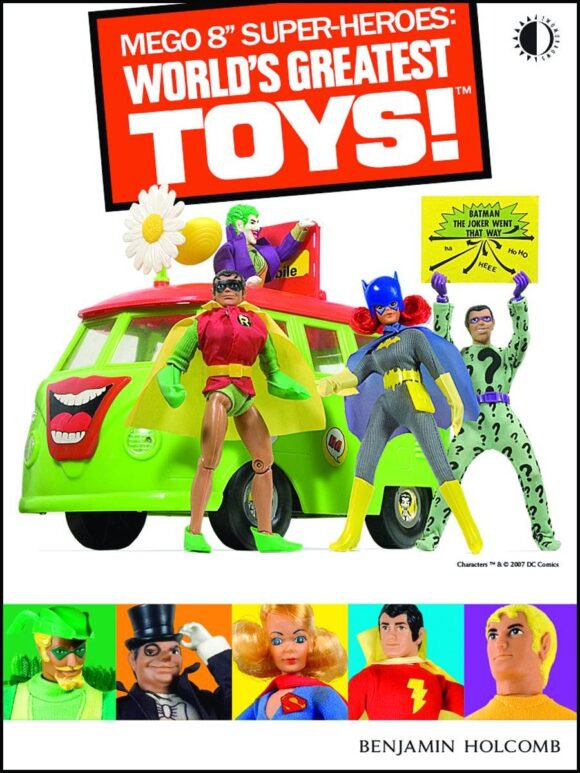 So check out 13 GROOVY MEGO FACTS — FEATURING THE NUMBER 13.

The day Dan Greenfield asked me to contribute a “13”-themed feature for 13th Dimension’s annual TOYHEM event, I noticed that my @mego_toy_talk Instagram page had 1313 followers. I took this as a very good sign, and decided to double-down on the premise of the number 13. Those familiar with my 2007 book, Mego 8″ Super-Heroes: World’s Greatest Toys!, or my vintage toy magazine series World’s Greatest Toys! Digest, know that I like to explore facts and trivia related to the original Mego Corporation (1954-1983). I decided to compile a list of 13, fact-filled times the number “13” has appeared in connection to Mego:1. Bold Adventure Is My Game. It all starts with Action Jackson. Mego’s diminutive answer to Hasbro’s GI Joe, the “Biggest Little Man in the World of Adventure” was 8 inches tall, and marked a sea change in Mego’s core business strategy. Action Jackson’s commercial theme song implored kids to, “Think of what you’d want to be, then call on me.” What Mego wanted to be was “successful,” and AJ delivered. Featuring “skinny” black plastic boots that would play a role in Mego’s original Super-Heroes offering, AJ’s “Fishing” outfit was one of six “Sports” costumes sold separately, and was… Item #1113. 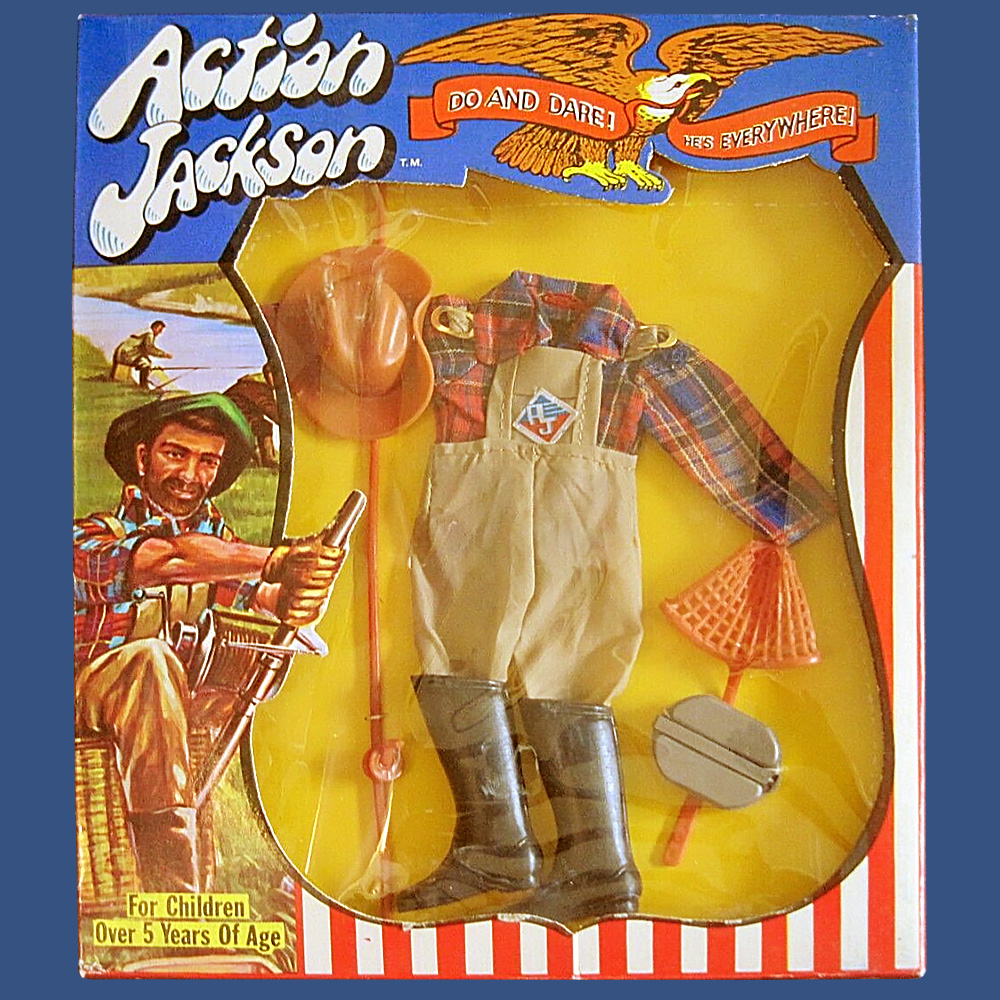 2. The Original World’s Greatest Super-Hero. In 1972, toy inventor Stan Weston conceived a line of action figures based on comic book heroes. A logical extension of the GI Joe concept he sold to Hasbro and the Caption Action line he sold to Ideal three years later, Weston thought comic book heroes would be a slam dunk. Instead, Weston was rejected by all the major toy companies. Had it not been for Marty Abrams, Weston’s idea would have died on the vine. Instead, it become one of the most memorable and successful toy lines in history. And it all started with the world’s first comic book super-hero, Superman. When Mego’s World’s Greatest Super-Heroes debuted at New York-area Korvettes stores in time for Christmas 1972, Superman was… Item #1300. 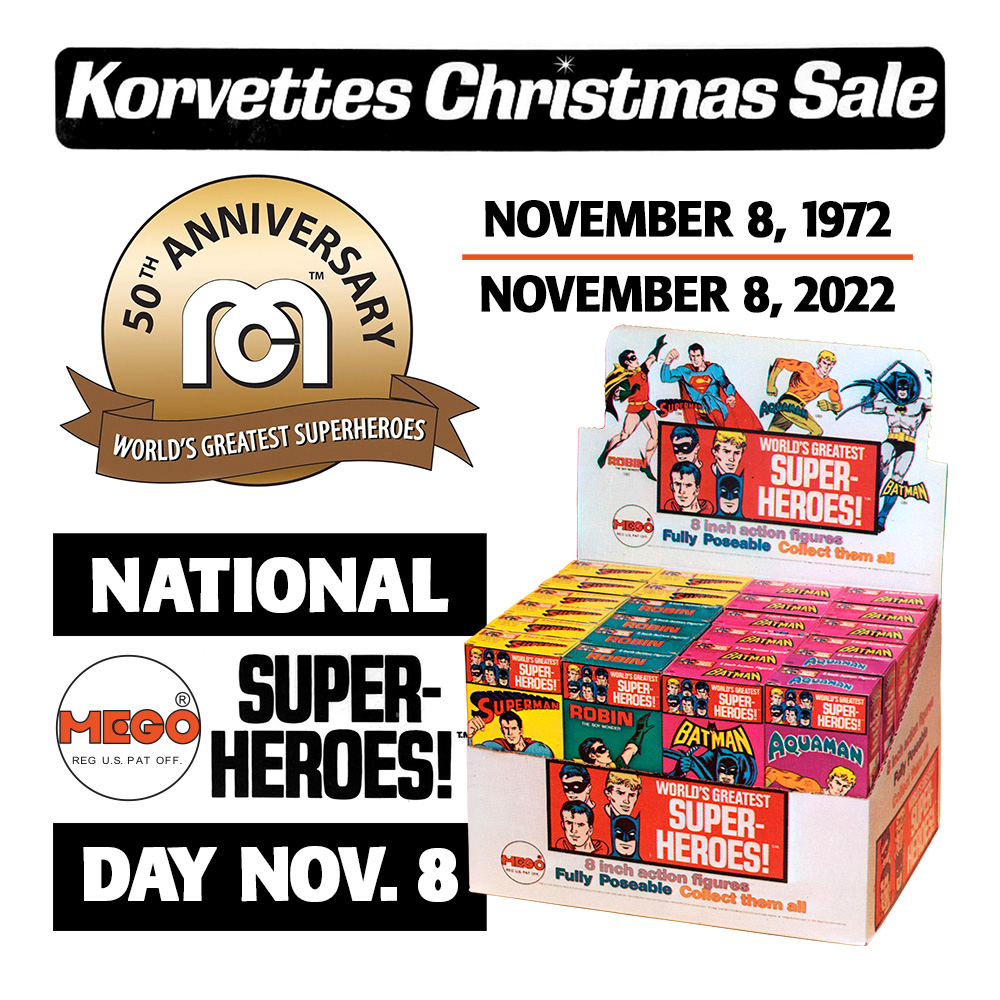 A promo piece for the WGSH line’s 50th anniversary

3. Toys ‘R’ Us Isis Special Order. I detailed this particular “Mego 13” in Issue #1 of my Mego magazine. Years ago, I encountered a strange item number on a Toys “R” Us price tag affixed to a Mego Isis doll. As a longtime historian and curator of Mego facts, I instantly recognized three things: 1) The number was within the nomenclature assigned to the WGSH line and; 2) It was not the “proper” item number for Isis and; 3) It was not a number I had ever encountered before. Donning my deerstalker hat and pipe, I was able to deduce the probable back story: The Isis character (and Mego doll) lost its bloom in early 1979, and Mego was able to “clearance” remaining inventory through Toys “R” Us. For this special order, Mego assigned a previously unused item number… 51322. 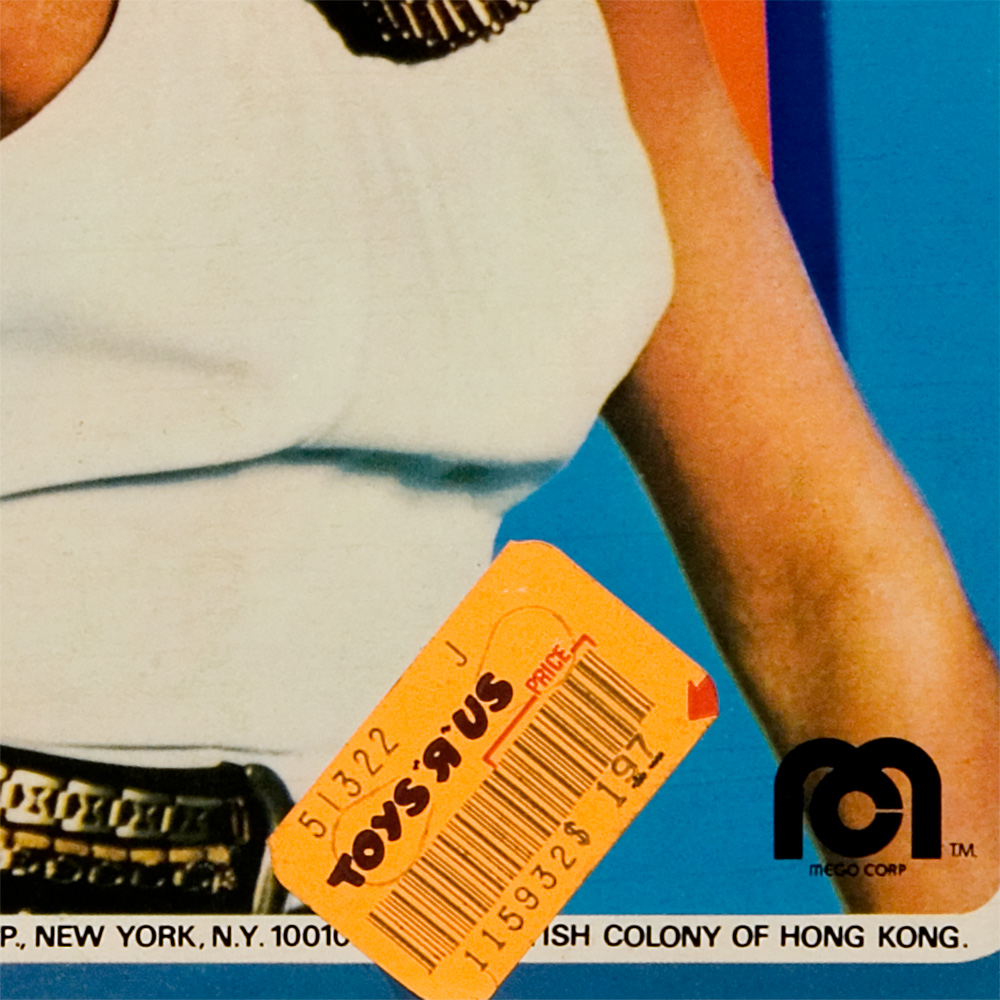 4. Mego Batmobile. In 1973, Mego took the WGSH to a whole ‘nutha levoh when they introduced Batman-related vehicles. Collectors giggle at the Batmobile’s scale — the figures are a tight squeeze. But when we were kids, the scale was actually a big selling point; it was a massive toy in the early ’70s. One would be hard pressed to find a Batmobile ad or catalog that doesn’t specify the length… 13 inches. 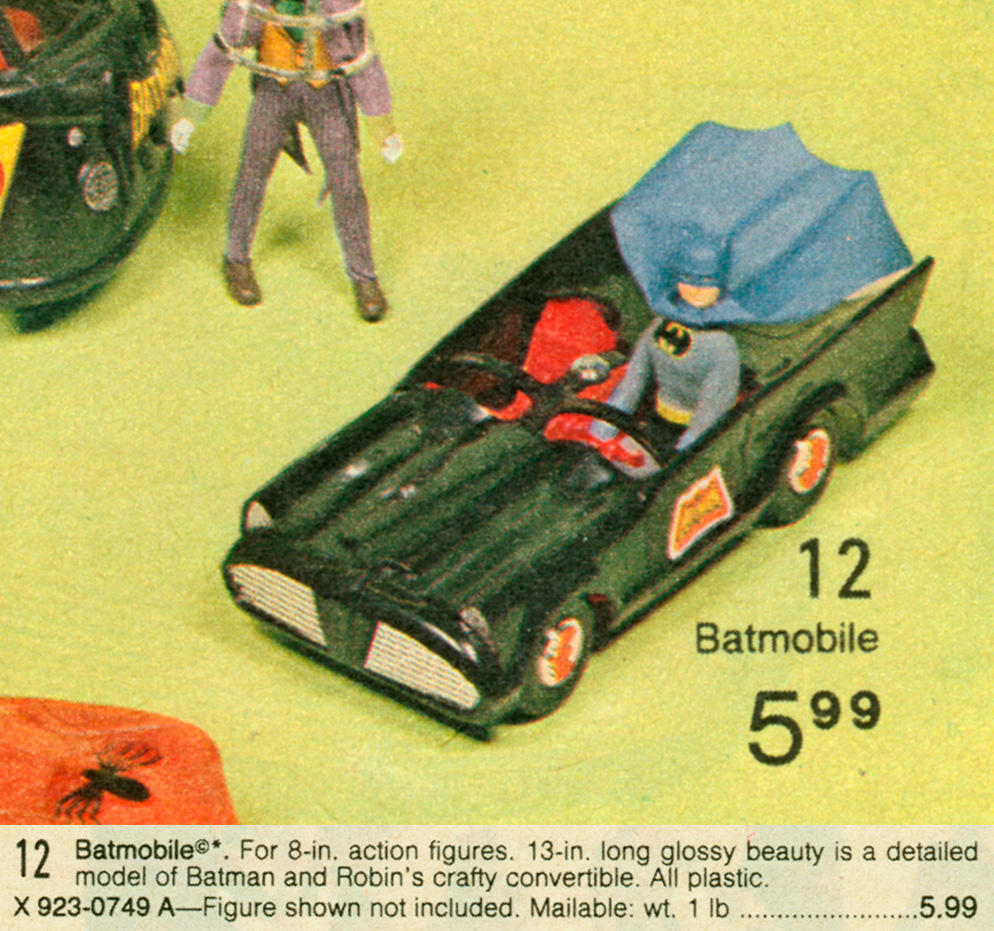 5. 1976 Assortment #4. When Mego used four-digit item codes (1972-1974), they did not assign #1313 to any product. In 1976, after adding a “5” to every item number, Mego introduced the Fourth Wave Super-Heroes. Thor, Conan and the Fantastic Four sold terribly and all but ensured the end of the road for potential line expansions. Comparatively few examples of these characters made it into the marketplace, and all command high prices from collectors today. Mego assigned these Fourth Wave Heroes a unique code… Item #51313. 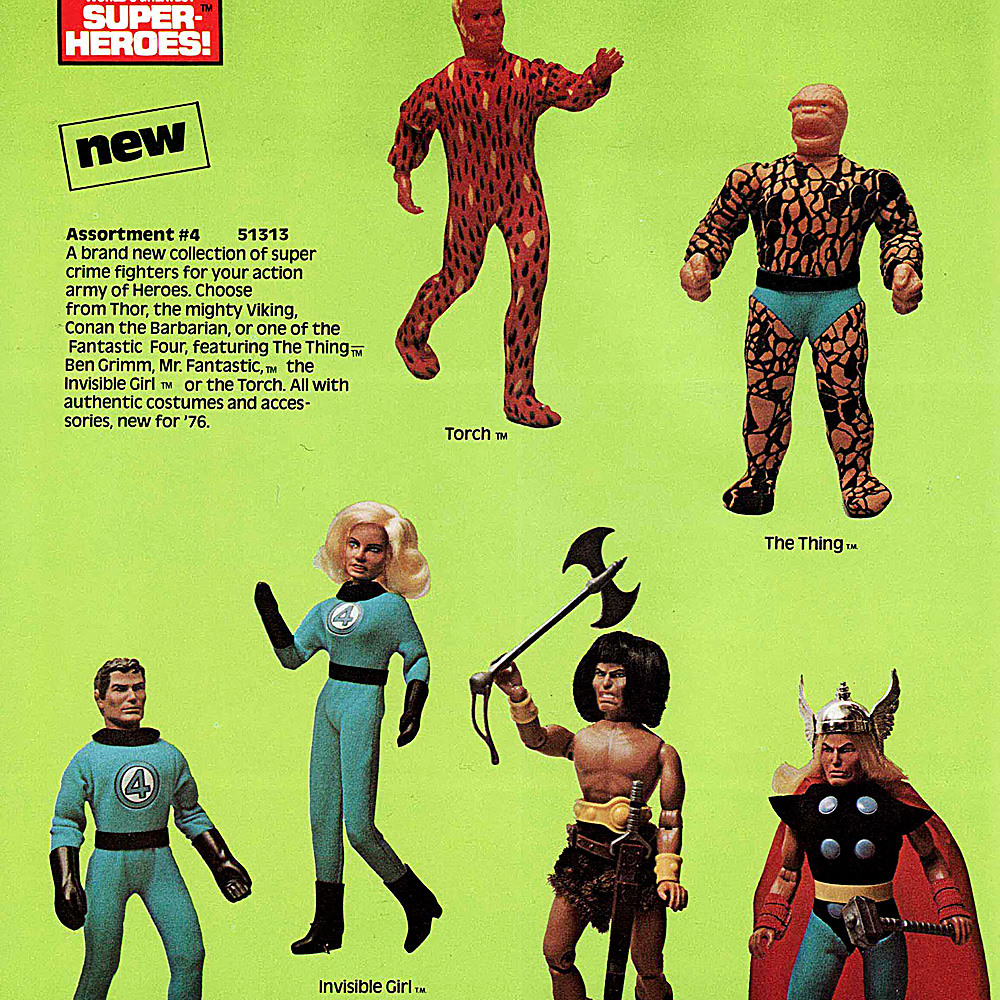 6. Evel Knievel Bike Grips. Obviously Mego is best known for its action figures. But after taking the corporate reins in 1971, Marty laid out a new strategy, leading the company away from non-proprietary toys and toward licensed properties. “We have gone into licensing of Evel Knievel bicycles and accessories,” Marty Abrams told Toys in December 1974. “The property itself creates excitement, creates flamboyance, understanding who and what Evel is.” Mego introduced a whole range of Evel-branded bike accessories, including these Grips… Item #50013. 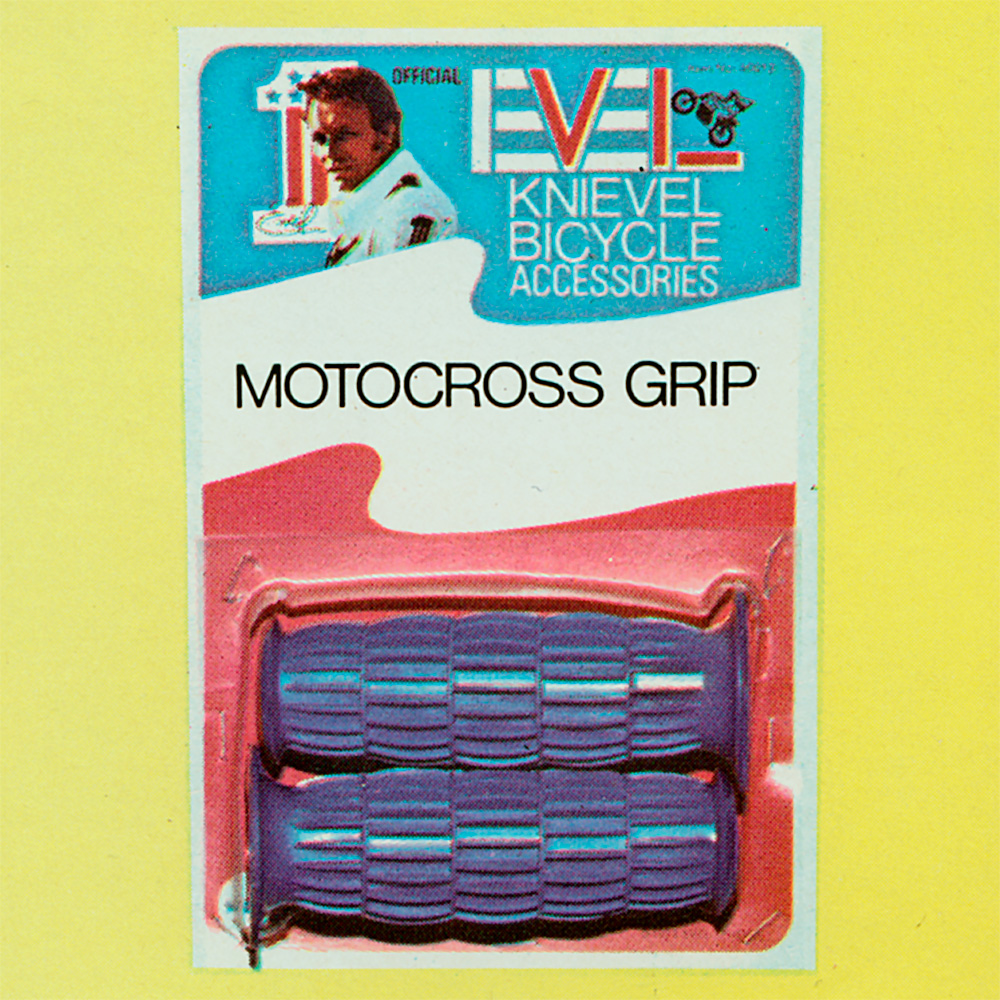 7. 1980 Poster Giveaway and Sweepstakes. In 1980, Mego needed quick cash to bolster some corporate raider plans; Mego had set its sites on a hostile takeover of competitor Tonka. Yes, the toy truck company. A toy industry pioneer, Marty Abrams sought to expand Mego’s portfolio and earnings through acquisitions, a technique made famous a decade later when Marty’s contemporary, Stephen Hassenfeld from Hasbro, paid top dollar to acquire Parker Bros. To raise the requisite capital, Mego doubled their WGSH sales with a massive “product dump” to retailers. To support the market flooding, Mego created the “Super-Heroes Shopping Spree Sweepstakes” that enticed retailers to buy a point-of-purchase display with four dozen MOC Mego Super-Heroes and 96 promotional posters. For this unique promotional product, Mego assigned the final number in their 1300 WGSH series… 51399. 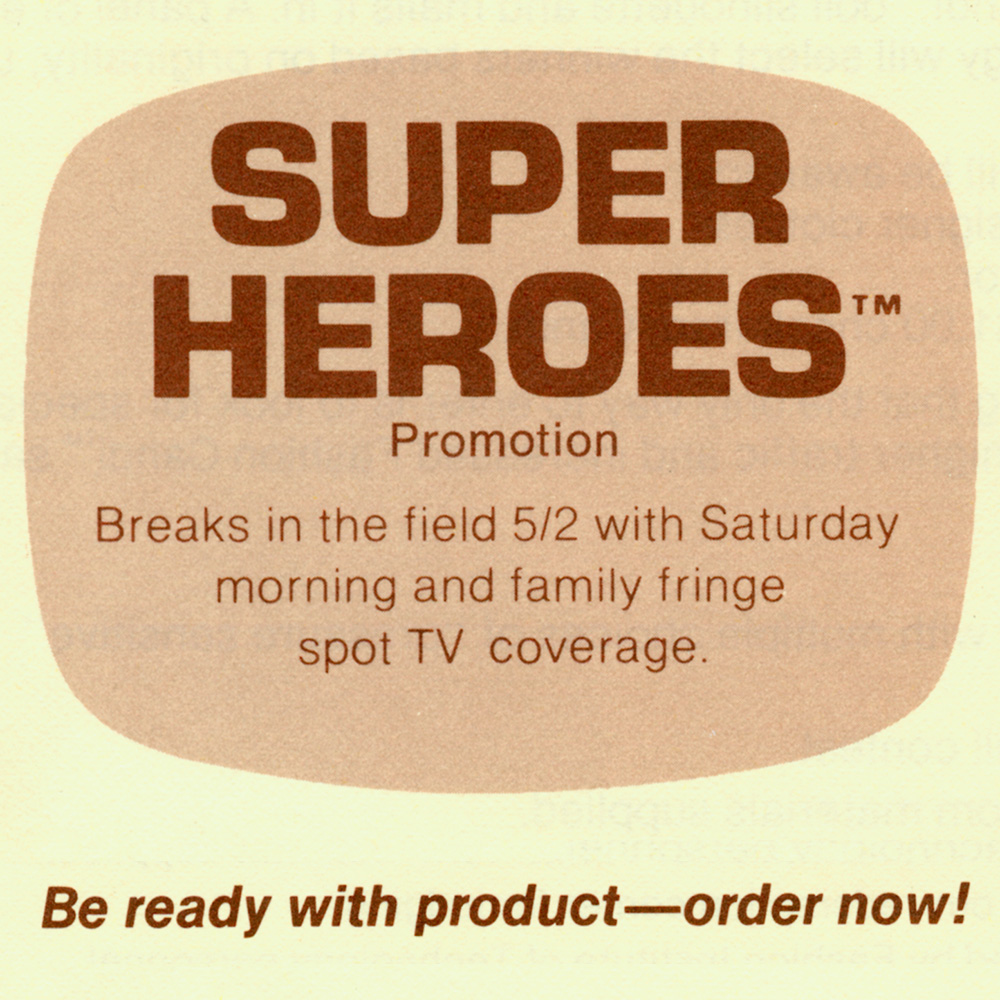 8. Denys Fisher ‘Power Action’ Superman. Designed by John McNett, Mego developed this gorgeous figure with high hopes the Christopher Reeve Superman movie would reignite children’s interest in toys with capes and tights. Kids’ obsession with Star Wars made sure that would not happen. As a result, Mego was unable to sell the figure to American buyers. However, British distributor Denys Fisher took a punt so English kids got a unique Superman figure that is… 13 inches tall. 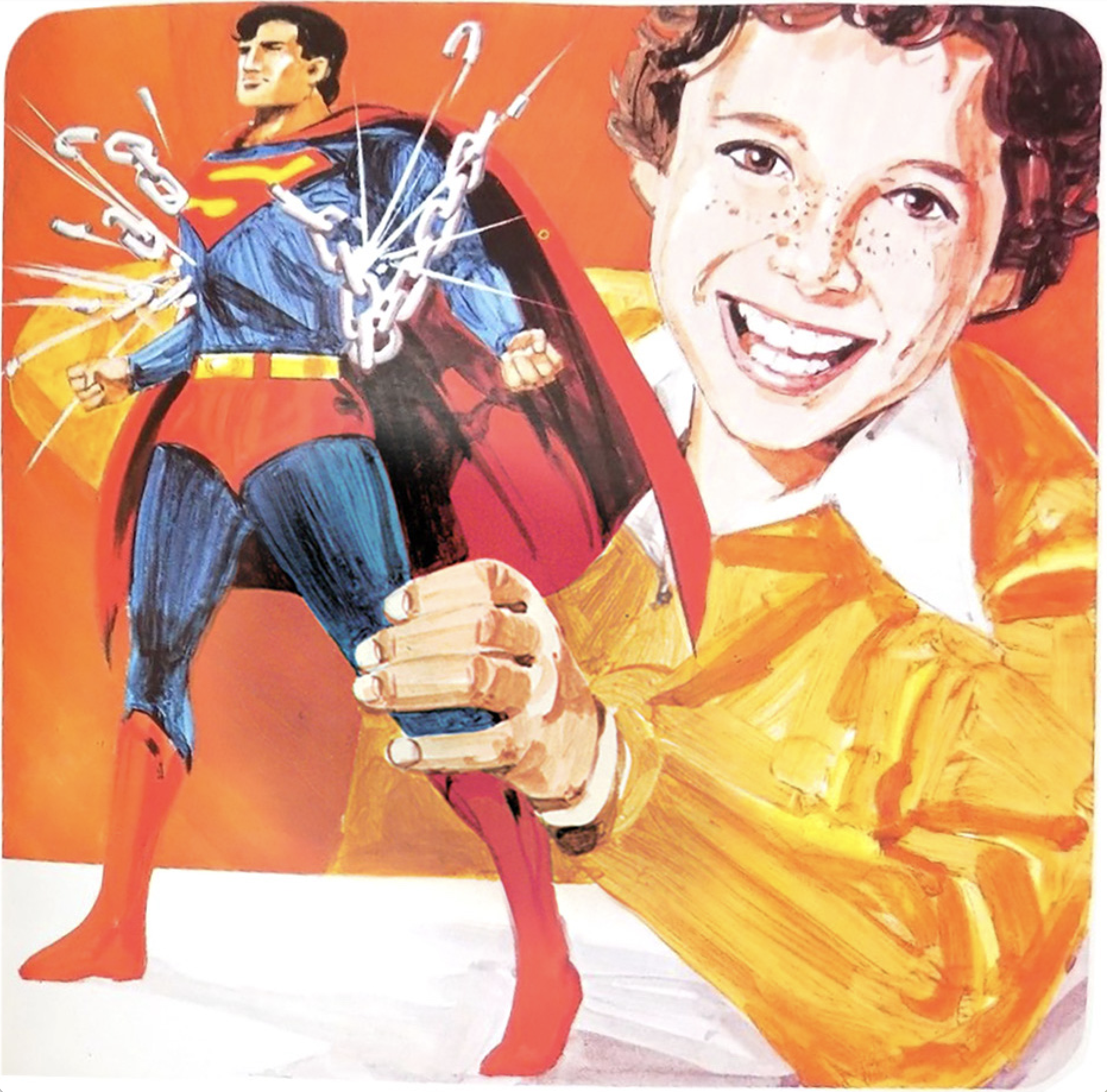 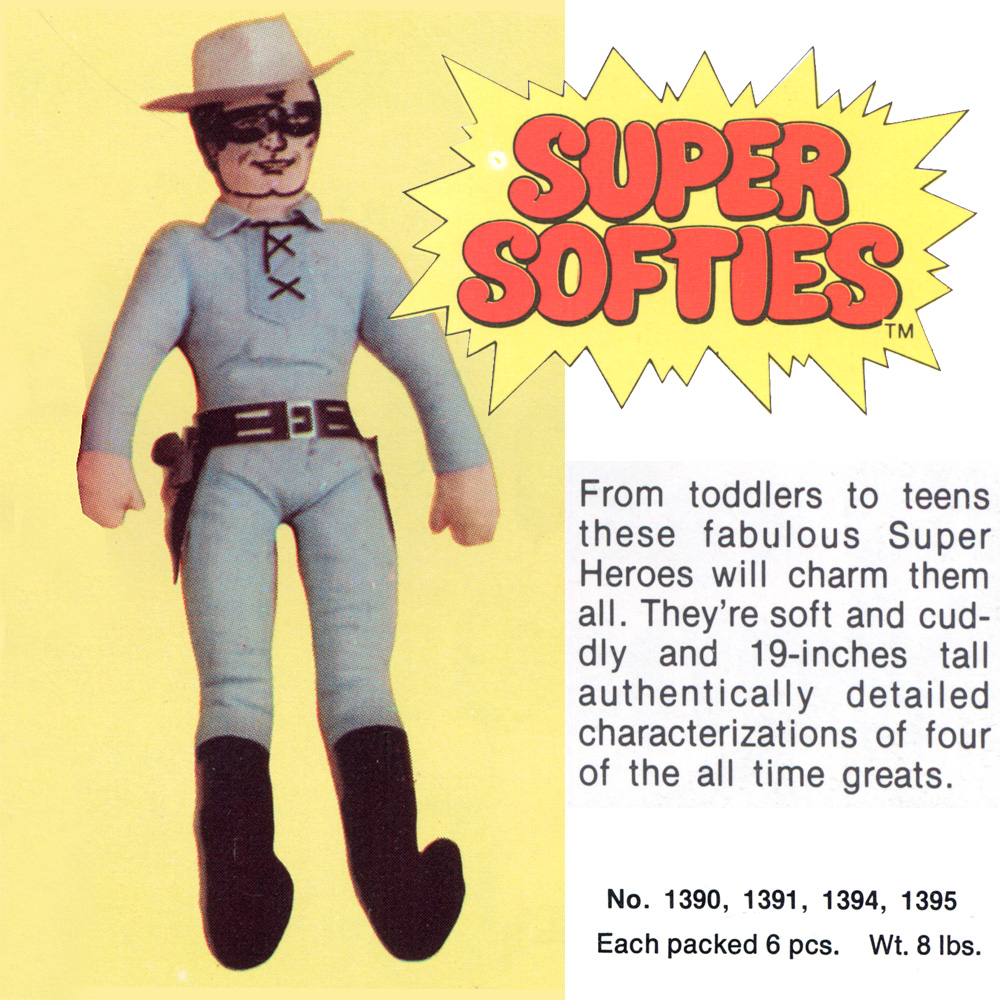 10. JC Penney Batcave. Christmas catalogs. Ah, few things are so beloved (and dated) by toy collectors as our memories of poring over the new Christmas catalog from whichever retailer our parents preferred. Mego was able to sell their popular Batcave into quite of few of these catalogs, including the 1975 JC Penney catalog. That year, the Batcave cost… $13.66. 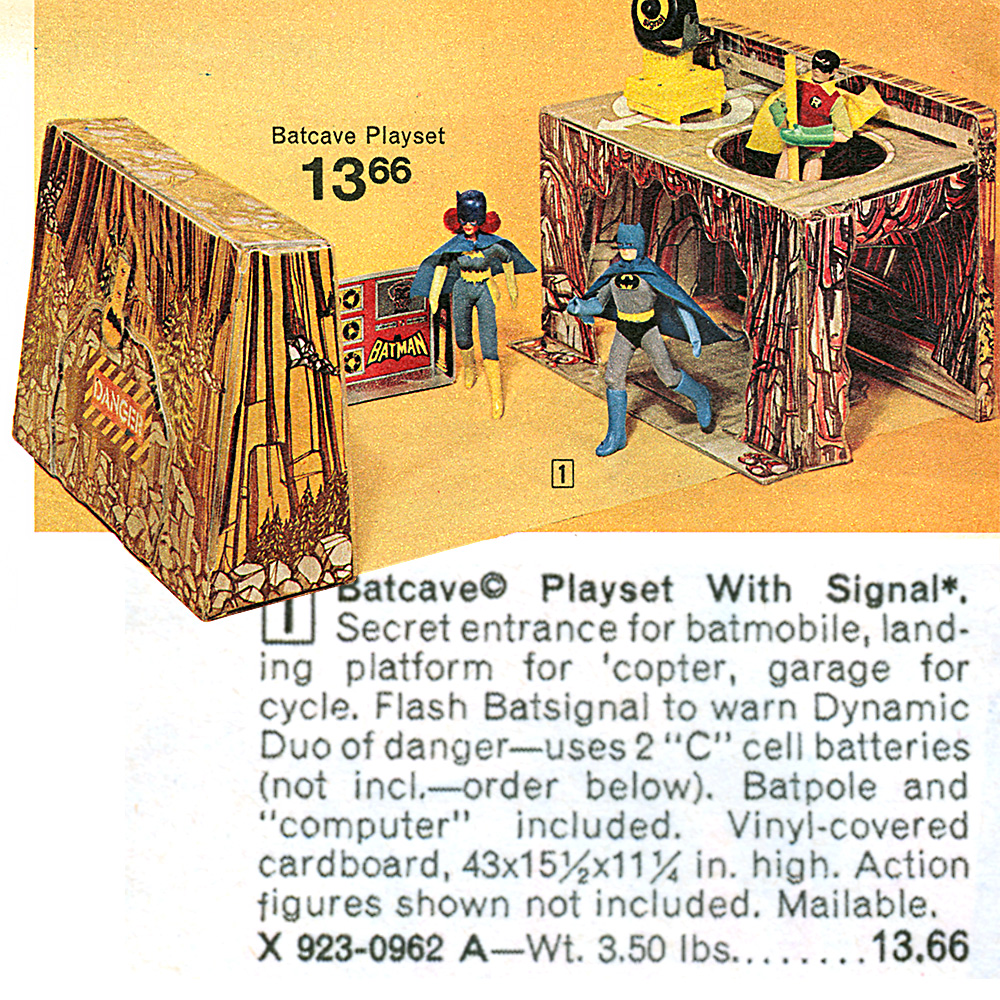 11. Mego in Hong Kong: Lion Rock Ltd. In Issue #6 of World’s Greatest Toys! Digest, I plan to present a deep dive into Mego’s Hong Kong presence, Lion Rock Ltd. Originally established in 1964 to act as a trading agent for Mego and other companies, Lion Rock was a wholly owned Mego subsidiary of Mego’s holding company, Mego International. Over time, the Hong Kong company evolved away from trading to become the center of Mego’s global manufacturing. The pinnacle of this transition came when Mego-Lion Rock opened the Mego Industrial Building in Hong Kong, in 1977… exactly 13 years later. 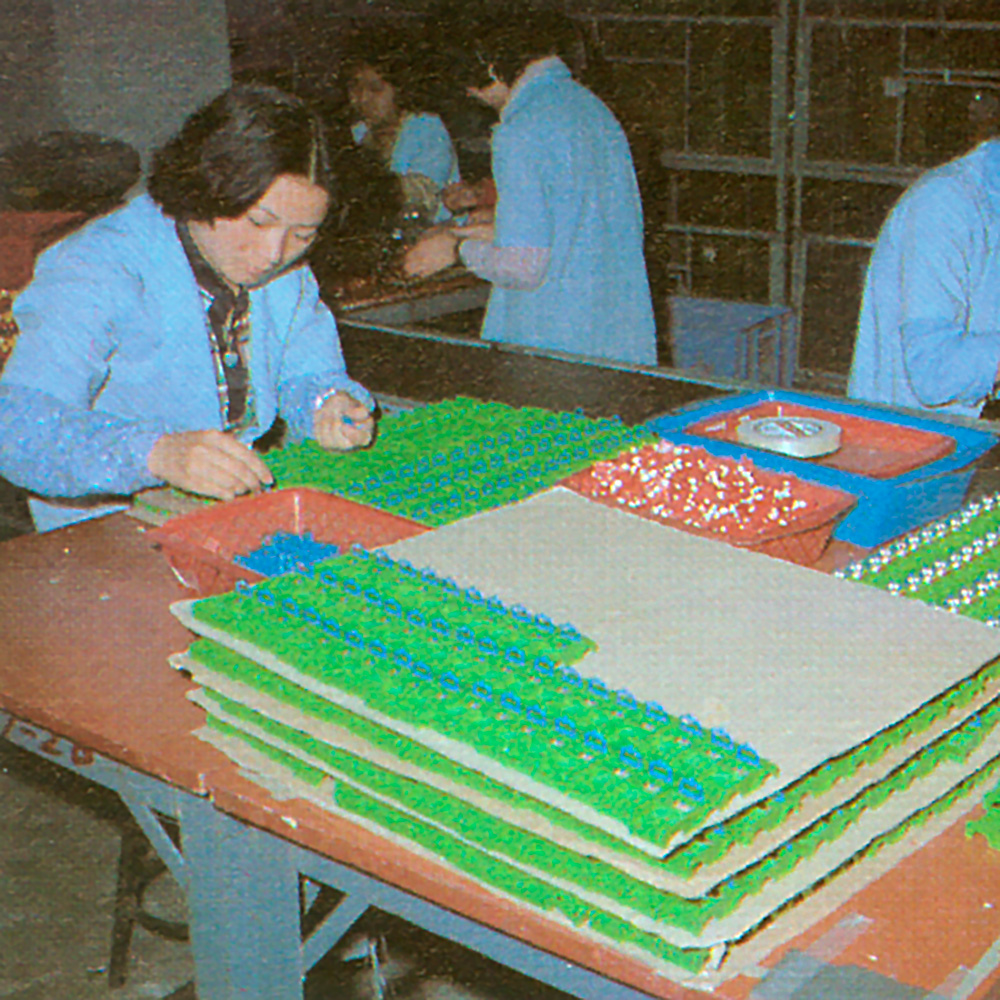 12. Space: 1999. Mego Corp. in New York was solely responsible for all sales and marketing of toys to be distributed in America. The aforementioned Lion Rock Ltd. had plenary power to manufacture and sell toys elsewhere in the world. As such, there are a lot of amazing “Mego” toys that American kids never saw. For instance, Palitoy’s sister division Bradgate distributed a line of Space: 1999 toys in the UK (in America, Mattel owned that license). One of the main characters was Alan Carter… Item #22813. 13. 50th Anniversary World’s Greatest Super-Heroes. The modern-day Mego has seized upon this year’s 50th anniversary of the original Mego WGSH line by offering fantastic and faithful reproductions of the original toys. Kudos to them for also taking the opportunity to correct some past “wrongs” in the world of 8-inch superhero toys, by producing the first true Mego versions of two popular DC characters the original company never offered: the Flash and Green Lantern. On September 10, the company shared an image across its social media platforms. Ostensibly teasing a potential counter display box, the real treat for fact geeks like me was the reveal of each character’s proposed item numbers, which evidently appear on the box flaps only. For the long-lamented Flash and Green Lantern, Mego sensibly revisited the original 1300-1399 WGSH numbering systems and assigned, respectively… #51308 and #51309. 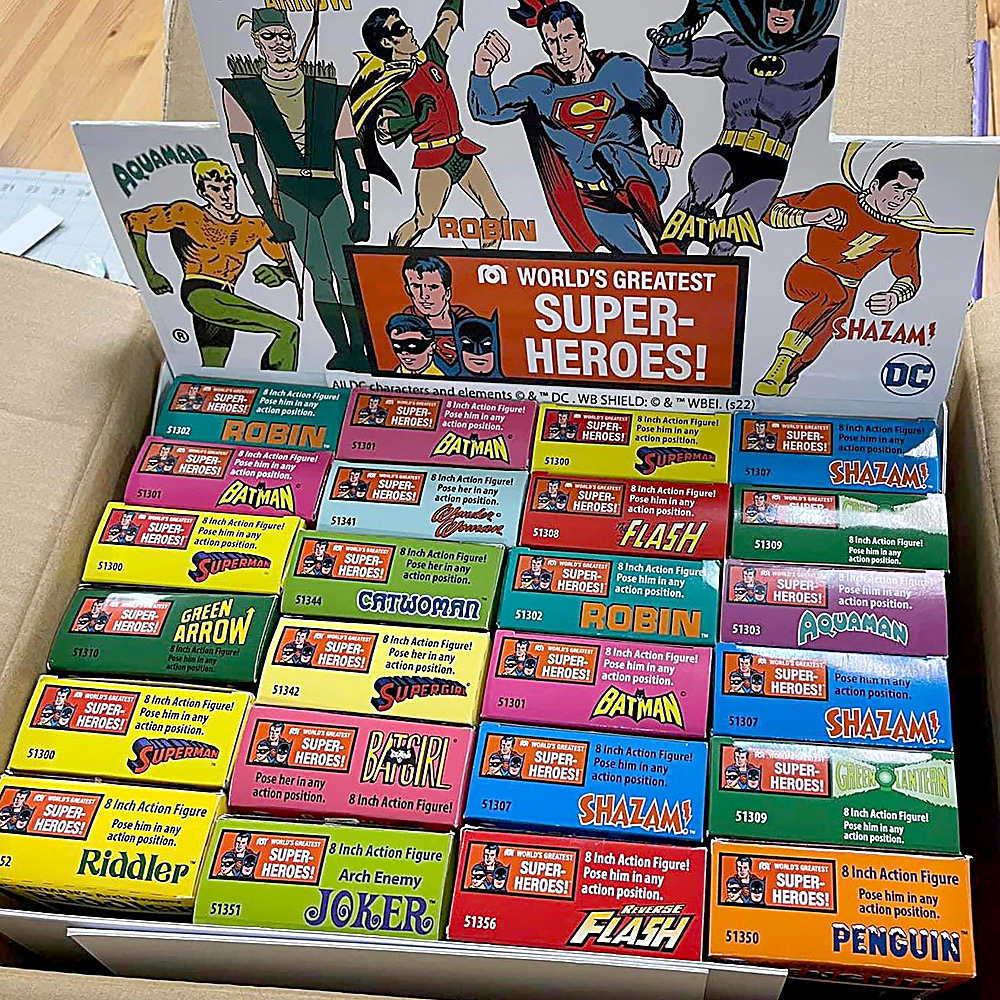