EXCLUSIVE: BATGIRL’s Debut to Be Re-Released as Facsimile Edition

The classic Detective Comics #359 is headed your way — ads and all!

This is why I love Facsimile Editions: You can get your hands on a fresh copy of one of the most celebrated comics in history — in this case Detective Comics #359, featuring The Million Dollar Debut of Batgirl! — for the cost of a new comic book.

Yep, Barbara Gordon’s sensational arrival is being re-rereleased by DC in January — original ads, letters and all!

Dig the official solicitation info, which will be formally released Friday: 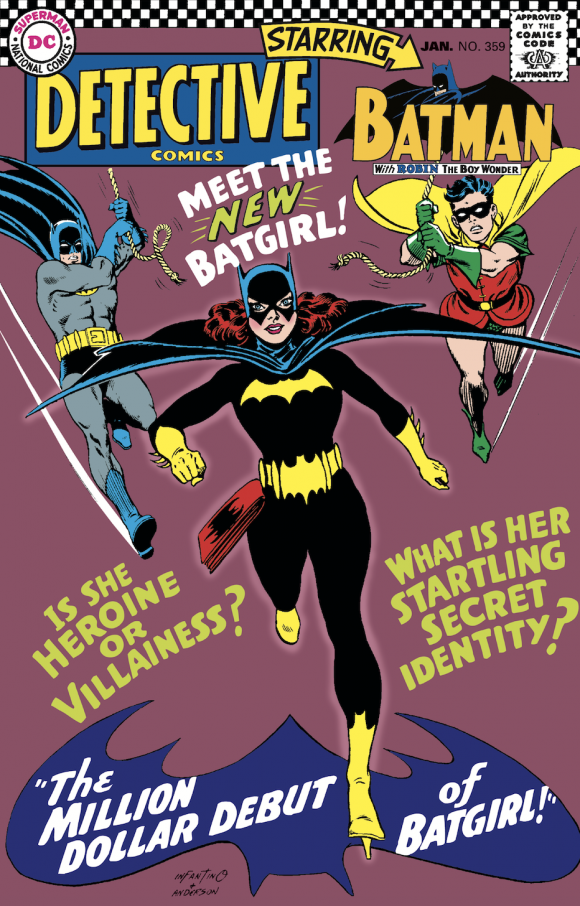 Batgirl makes her first appearance in this 1967 origin story, reprinted in a new facsimile edition! As both Batgirl and Oracle, Barbara Gordon has been a pivotal part of the Batman family for decades.In “The Million Dollar Debut of Batgirl,” what starts as a trip to a costume party sparks a crime-fighting career, as Barbara helps Batman and Robin defeat Killer Moth! Plus, the Elongated Man must solve “The Riddle of the Sleepytime Taxi”!

— Details, details: People generally think this issue came out in 1967 because it carries a Jan. ’67 pubdate. Actually, it came out in November 1966, according to the august Grand Comics Database.

— Plus, an Elongated Man story!