SHOWCASE #4: An INSIDE LOOK at the Birth of the Silver Age

Home » COMICS HISTORY » SHOWCASE #4: An INSIDE LOOK at the Birth of the Silver Age UPDATED 7/3/22: Showcase #4 came out 66 years ago! This piece first ran in February 2021 but it obviously holds up today. The books are still available too! — Dan

TwoMorrows this week is re-releasing two volumes from its popular and highly informative American Comic Book Chronicles series of hardcovers — the 1950s by the late Bill Schelly and the 1990s by Jason Sacks and Keith Dallas.

The timing of the rare 1950s edition almost couldn’t be better — this summer marks the 65th anniversary of 1956’s Showcase #4, which launched the Silver Age by bringing fans a brand new Flash: Barry Allen.

So dig this EXCLUSIVE EXCERPT that dives into the ups, downs, backs and forths of the first appearance of DC’s Scarlet Speedster. Naturally, this is a tiny fraction of what the book has to offer. Every year of the decade is explored with tons of illustrations, timelines and whatnot.

Check out the table of contents: 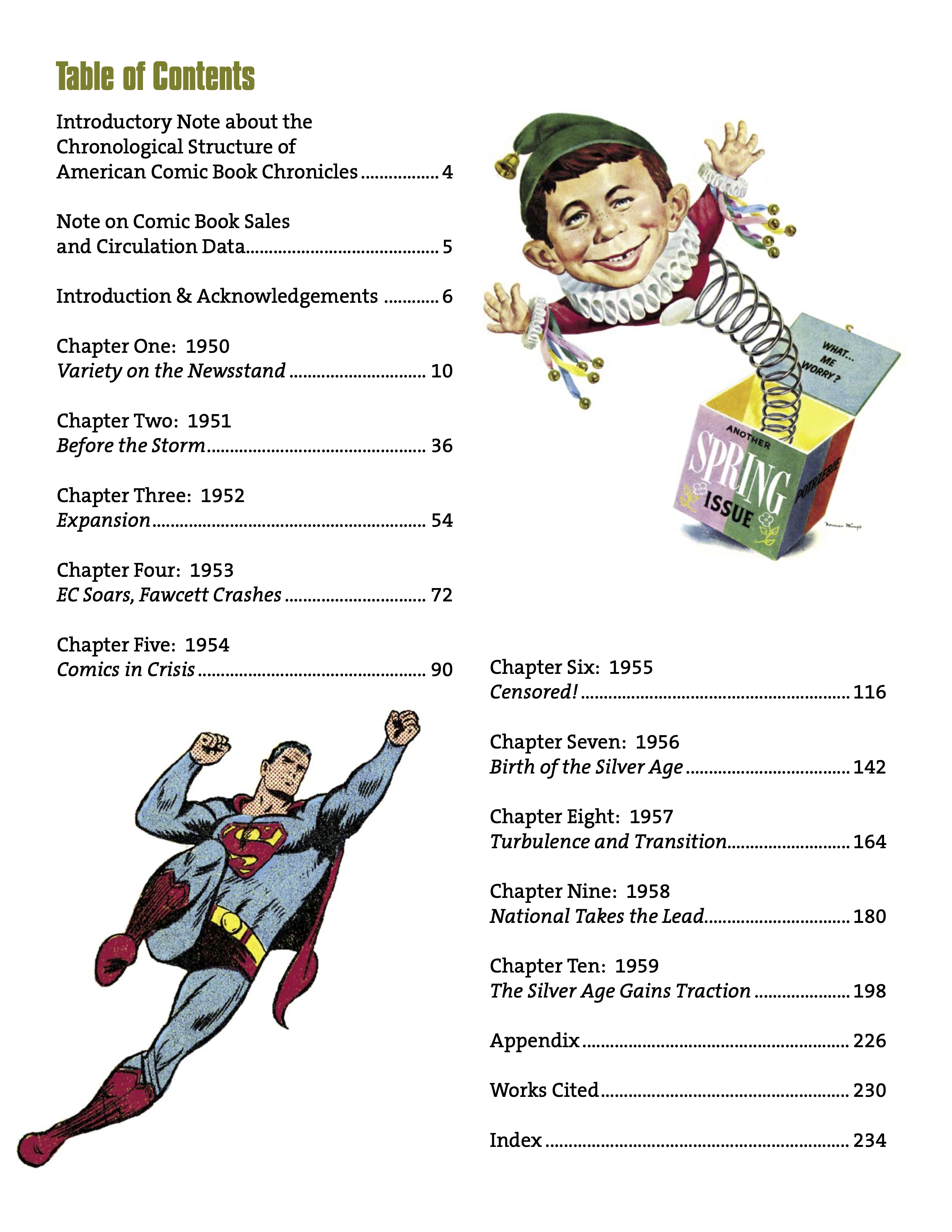 American Comic Book Chronicles: The 1950s, by the late Bill Schelly, is 240 full-color pages and listed at $46.95. It will be available at comics shops, through booksellers and directly from TwoMorrows itself. (Click here.)