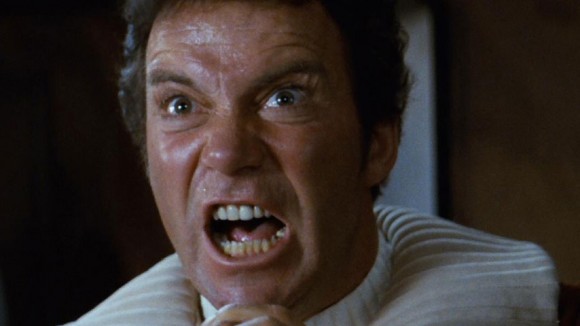 One of the greatest moments in Shatner history.

Man, I love William Shatner. He’s one of those people who whenever he comes on the screen, I smile involuntarily.

And I am so looking forward to this fall’s Star Trek: Mission New York convention at the Javits Center in Manhattan. I haven’t been to an out-and-out Star Trek convention in more than 25 years.

Anyway, there’s an interview with Shatner in the New York Post today by a good buddy of mine, Yaron Steinbuch, and guy named D. Martin Greene, whom I know so well that every time I see him, it’s like looking in the mirror. 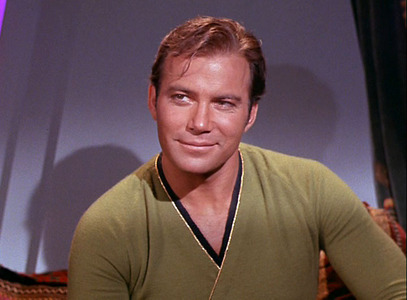 — Shatner compares the presidential candidates to Star Trek aliens or characters, noting: “Trump looks like one of the aliens that assumed human form … Sanders looks like an aged Spock. … Hillary looks like one of those girls who wore a short, red skirt and got killed when we landed on the planet.”

— He says he still doesn’t know why George Takei dislikes him so much. Asked what he’d say to the erstwhile Mr. Sulu if their paths cross during anniversary festivities this year, he replied: “F-ck off!” Then added after a Shatnerian pause, ““That’s where you’re supposed to laugh.”

— He addresses Trek culture, his new book about Leonard Nimoy – and his just-announced appearance at Star Trek: Mission New York, which he’s headlining. (It’s put on by ReedPOP, the fine folks behind New York Comic Con, and CBS Consumer Products. Tickets are on sale now, fellow Trekkies and Trekkers. Click here before they get snapped up like so much Romulan ale.) Read the full Post story, here.

Oh, and I’m also happy to say that you’ll be seeing Shatner here at 13th Dimension this week, so keep those hailing frequencies open and watch this space.