SHATNER on BATMAN VS. TWO FACE: The Complete Audio

We’ve given you a tease. Now you can hear the complete interview.

Batman vs. Two-Face premiered at New York Comic Con on Sunday and co-stars William Shatner and Burt Ward, as well as members of the production team, met with the press for a series of roundtable interviews.

We gave you a good taste of what’s on Shatner’s mind about the project — including his thoughts on Adam West and playing Two-Face — over here but there’s lots more. So if you want to listen to the complete interview, we’ve provided the audio to John S. Drew’s Batcave Podcast.

Click here or here to listen or check it out on iTunes. 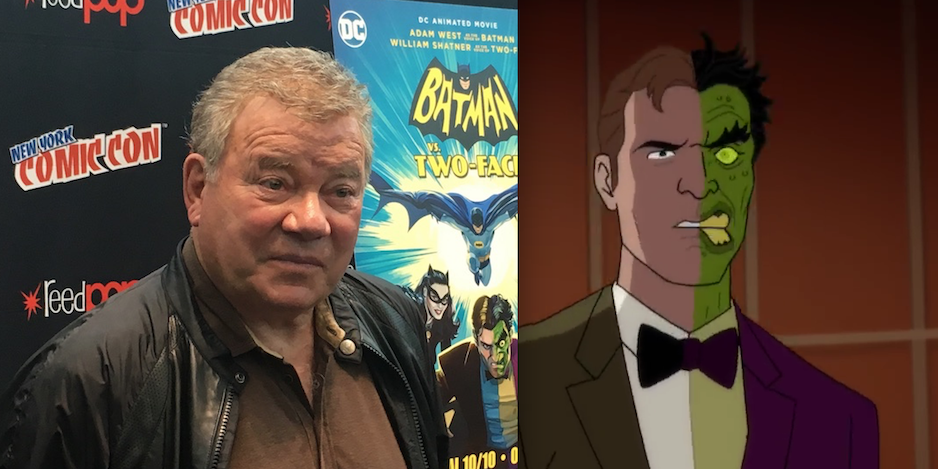 Shatner was most definitely Shatner.

And keep checking back at 13th Dimension this week because we’ll also be posting the audio for Burt Ward, co-writers James Tucker and Michael Jelenic, and director Rick Morales.

Meanwhile, Tucker talks about how Batman vs. Two-Face takes its cues from Season 1 of Batman ’66 over here.