BATMAN VS. TWO-FACE Takes Cues From Season 1 of BATMAN ’66

NO SPOILERS: A noirish Batman ’66 animated film in the offing…

Batman vs. Two-Face debuts in homes this week — it had its premiere at New York Comic Con on Sunday morning — with William Shatner in tow as the titular villain.

The animated, direct-to-video movie is a sequel to last year’s rollicking Return of the Caped Crusaders and Shatner, Burt Ward and the movie’s producers were in town to discuss how it came together behind the scenes. (Click here for what Shatner had to say, in fact, and keep checking back at 13th Dimension for more. Plus the audio will soon be available on John S. Drew’s The Batcave Podcast.)

When I first saw the trailer for Batman vs. Two-Face, I was struck by how it seemed like the movie was a more straightforward take on Batman ’66 than the slapsticky Return of the Caped Crusaders.

As it happens, that was the producers’ intent: Two-Face’s entry into the series led to a more ’40s, noirish mix.

“We took our cues from the first season of the series, which was definitely straighter, a lot more darker scenes, like more nighttime scenes,” said supervising producer/co-writer James Tucker. “In a way it’s weird because the first movie, Return of the Caped Crusaders definitely was more like the second season and third season in tone. And with this one we wanted to go back to the more grounded first season, where the camp was there but it … walked a tighter line.

“And so there’s definitely more noir elements to this because Two-Face just lends itself, that character lends itself, by necessity … to be a little more noirish,” he added. “But there’s still the humor, the wink and, you know, the tongue-in-cheek quality that the series had even in the first season. … It’s not all that different than the series.” 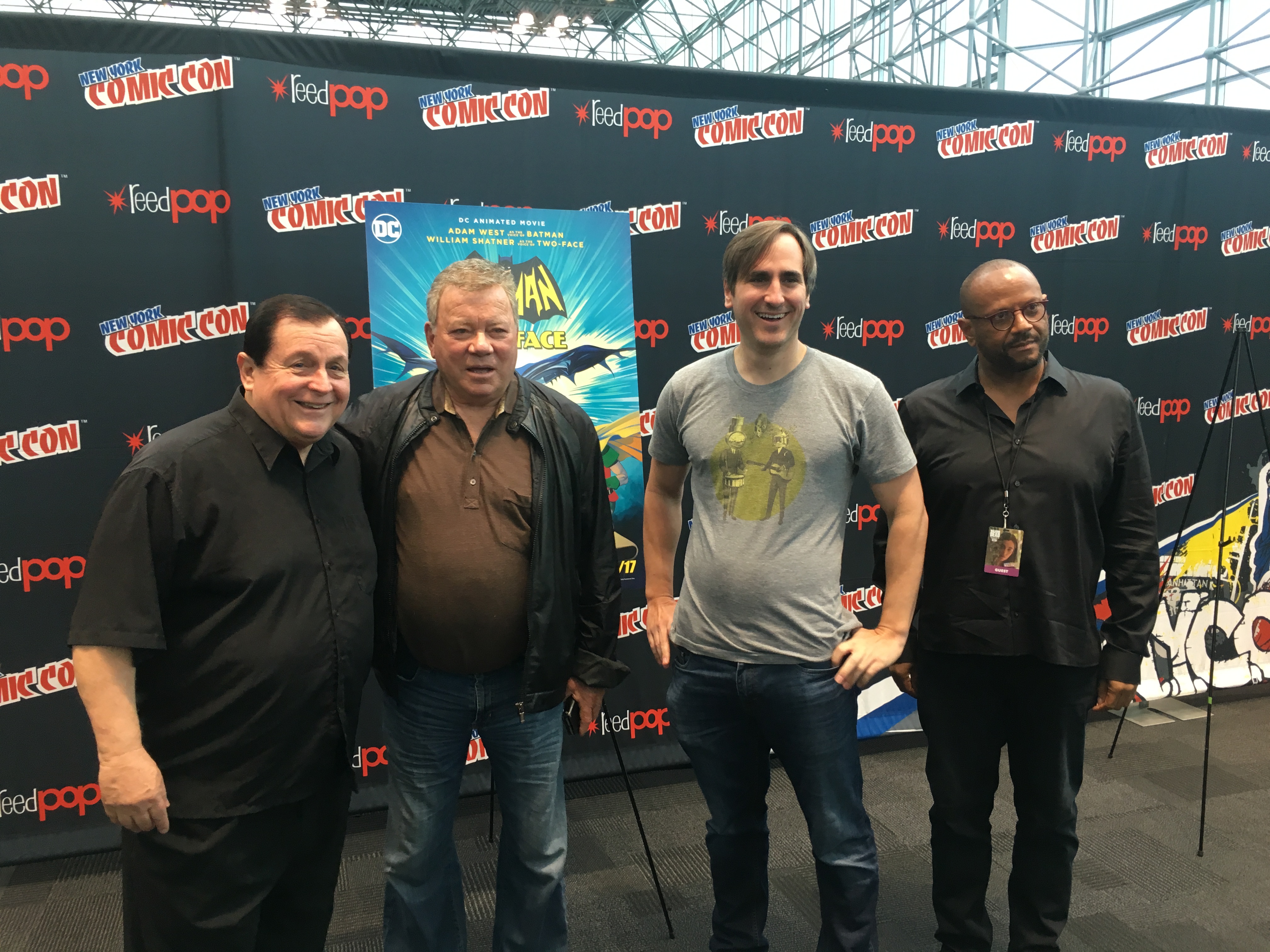