Imagine a world — an entire SCREWY SPIDER-VERSE, in fact — where Spider-Man comic books are all read through binoculars. Either that, or they’re printed as giveaway freebies for peanut butter.

Check out these earlier journeys:

SPIDER-MAN and the ASPIRING ENGINEERS! 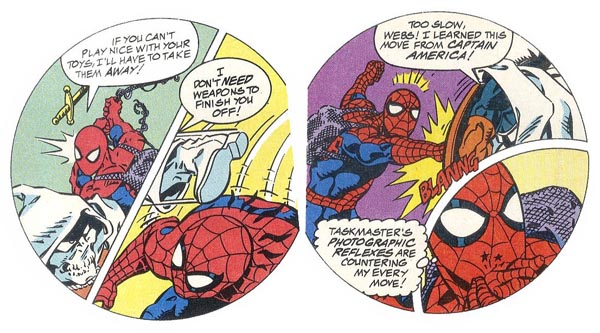 “Spider-Man: The Task and the Terror” (1994), script by Mark Bernardo, art by Craig Brasfield and Sam DeLaRosa

This 1994 series of four Spidey comics (“COLLECT ALL 4“) came packaged inside the lids of jars of Peter Pan Peanut Butter and are pretty standard Spider-Man adventures for their time. Spider-Man teams up with typical guest-stars like Silver Sable and Black Cat to battle baddies Electro, Vulture, Taskmaster and Scorpion. 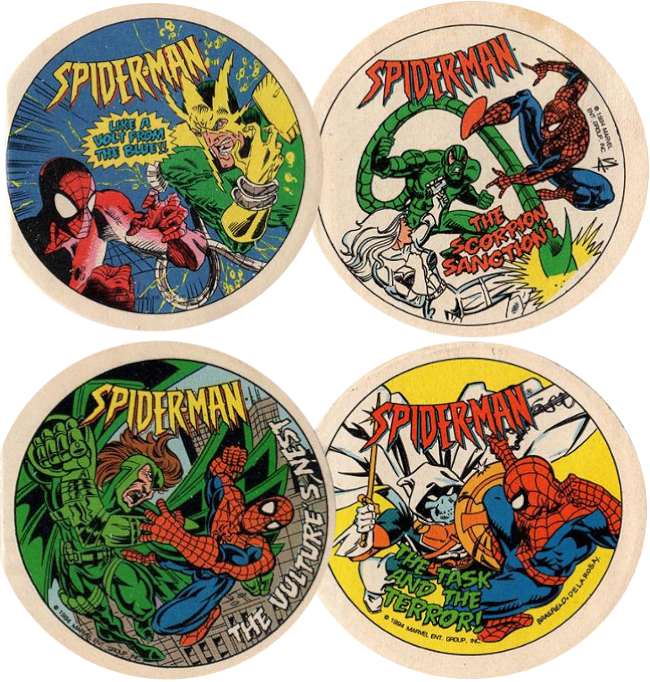 Unlike the 6,000 different Spider-Man comic books published in ’94, however, these restrict the artist to round pages and panels, which made me wonder why our Friendly Neighborhood Arachnid-Guy wasn’t fighting more circular villains like Kingpin or Big Wheel. 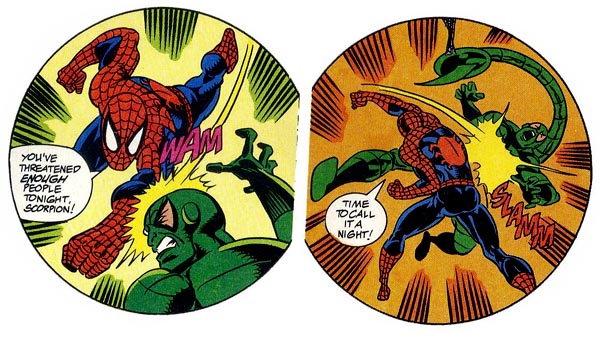 Largely overlooked by collectors because of the complete absence of circular mylar snugs, it’s hard to find these comics in the secondary back issue market today. Part of that may be the relative scarcity of promotional giveaway comics, but I’d also guess that most of these were used instead as coasters. 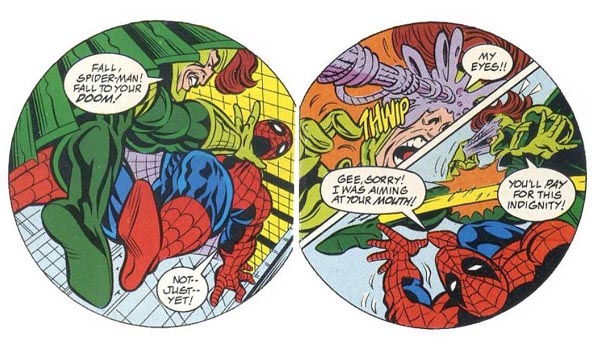 Clearly in this Spider-Verse, all humans have evolved spherical eyes as opposed to our comic-book shaped eyes, which makes it especially easy to read about how Spider-Man is saved not by his own powers or wits but by his supermodel wife’s handling of an ax. See, Joe Quesada, Mary Jane as Mrs. Parker is so extremely vital to the Spider-Man mythos, because without her, our favorite red-and-blue hero (sorry, Clark) woulda died in a Spider-Verse that smelled vaguely of Chinese restaurant sesame noodles. 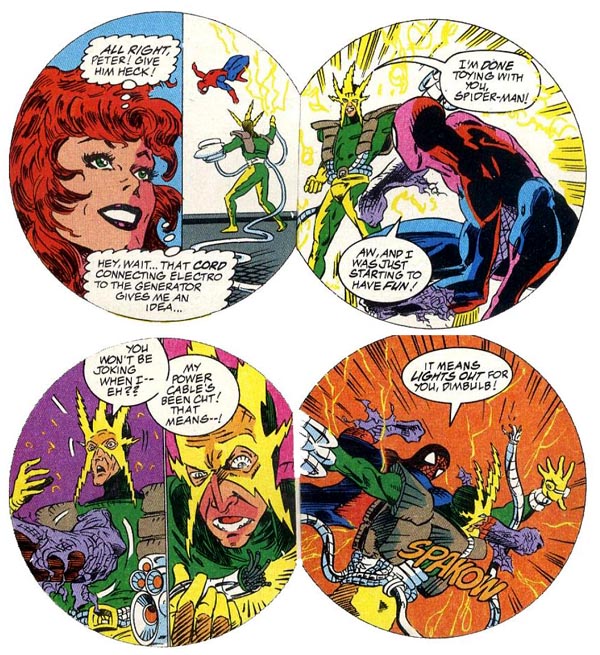 “Spider-Man: Like a Volt from the Blue” (1994), script by Mark Bernardo, art by Paris Katounos and Dan McConnell

Sadly, unlike those infamous Hostess Snack Cake comics, Spidey does not use Peter Pan Peanut Butter to defeat his nemeses. Instead, the titular P.B. makes appearances in the background — cameos that range from the relatively subtle… 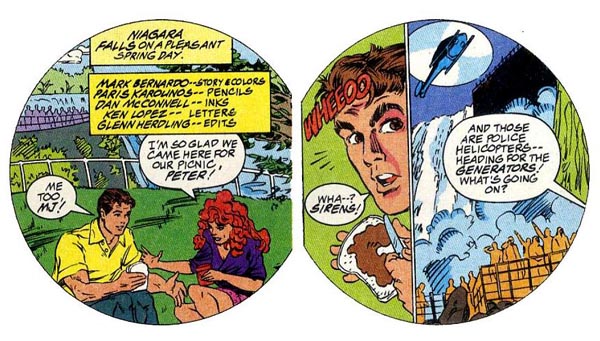 …to the modest but commercial… 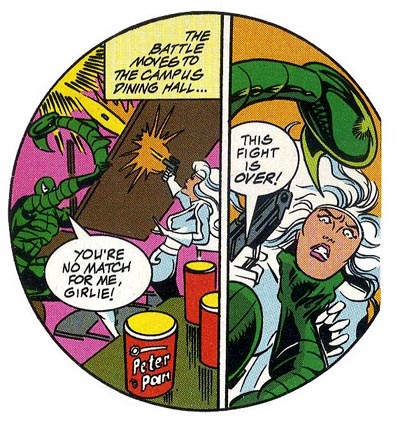 …to the completely in-your-face. 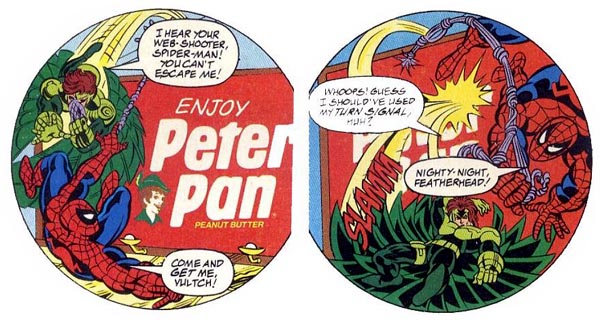 So, hunt these down: they’re a nice little series of roundabout Spider-Man adventures to be read through a periscope — and which stick to the roof of your mouth. “The Task and the Terror”