SAVE THIS BOOK! Larime Taylor’s A VOICE IN THE DARK

Home » PREVIEWS » SAVE THIS BOOK! Larime Taylor’s A VOICE IN THE DARK

The self-proclaimed Super Gimp! — who creates his comic using only his mouth — needs an assist from you, the reader, to keep his project going. 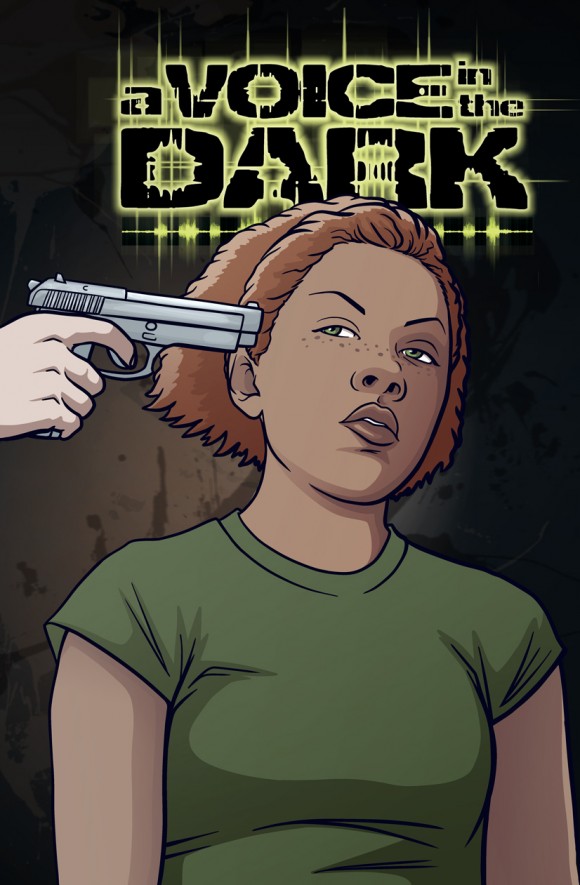 Larime Taylor made quite the splash when his Image/Top Cow book came out. It’s a thriller starring an atypical heroine created wholly by someone with severe physical limitations.

It’s an extraordinary achievement and while there was a lot of attention at the beginning, the book is now on life support.

I asked Larime about how and why readers should continue to support the book. He also graciously allowed me to reprint some of his own plea from his Tumblr, as well as eight pages to bring you up to speed: 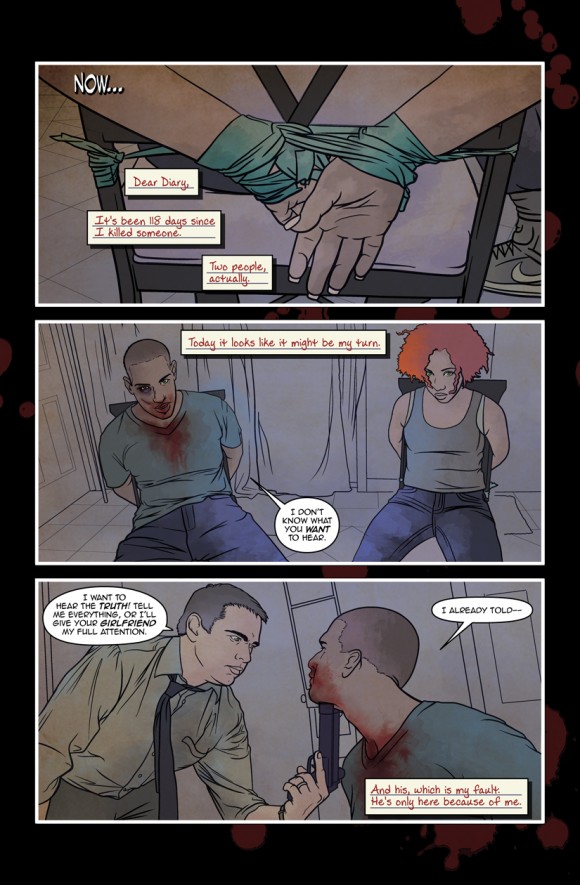 Dan Greenfield: For anyone who’s not been in the loop, what’s the Secret Origin of this project?

Larime Taylor: I’m a cartoonist. That’s the official, fancy term for someone who writes and illustrates their own comics, as opposed to just writing or penciling or coloring. I do the entire book, from script to finished, lettered pages, at the rate of 2-4 finished pages a day, which I’m told is pretty fast.

I also do it all with my mouth.

I was born with arthrogryposis, a birth defect that leaves me with my joints in locked positions and little-to-no use of my arms and legs. I’ve been drawing by mouth since I was little, and have a professional background as a caricature artist. I’ve only made the jump to doing my own comics in the last year when my first issue was published by Top Cow/Image in November of 2013.

My book, A Voice in the Dark, started as a Kickstarter to help me do a self-published pilot of sorts and get a publisher, and it worked. I got picked up by Top Cow, a part of Image Comics. 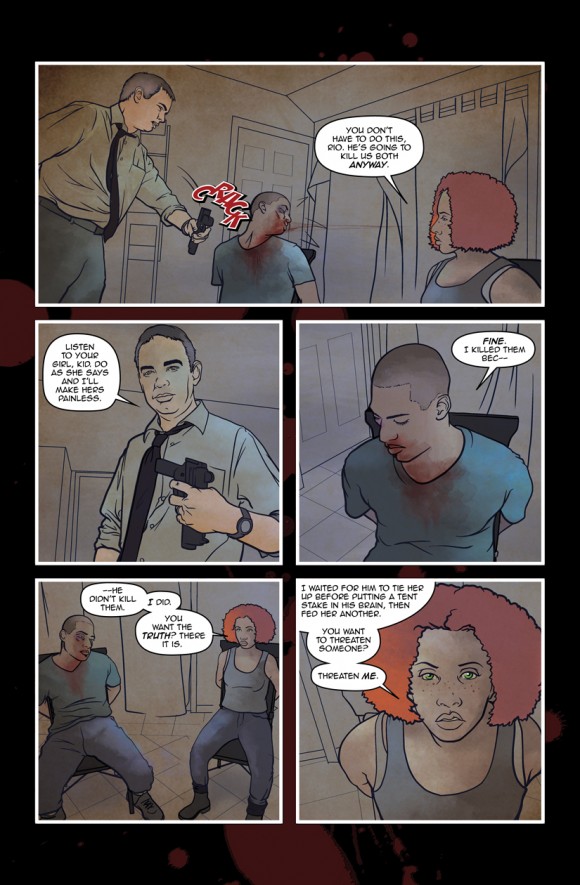 Here’s a bit about the book:

Zoey was born that way.

Ever since she can remember, Zoey Aarons has felt the urge to kill. For 18 years she resisted those urges and fought to be someone better than her base instincts would allow. In a moment of weakness and anger, however, she let go and took a life. That hazy Seattle summer day still haunts her, and as she begins college far away from home, she’s afraid that she will kill again. 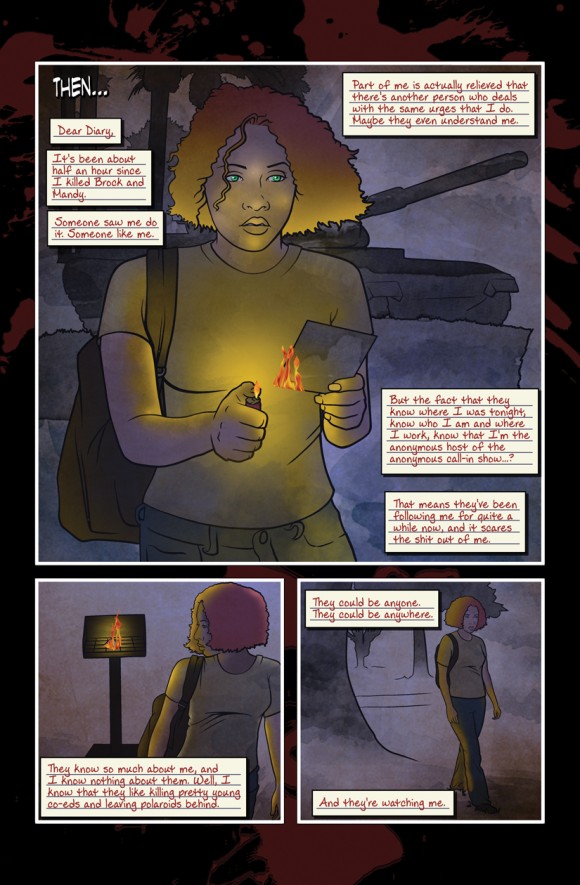 She’s right to be afraid.

Instead of leaving that fateful day behind her and starting a new life as a college freshman, Zoey’s about to be tested and face temptation in ways far greater than she could ever imagine. The prestigious women’s college that she’s attending on a full academic scholarship is in Cutter’s Circle, Calif., and Cutter’s Circle has a dirty little secret: It has the highest population of serial killers in the country. The town is up to its proverbial severed head in murderers.

If you’re familiar with the movie Heathers, it’s a major influence. The book is dark, but it’s also funny. Here’s a trailer for the first volume, written in the same tongue-in-cheek sense of humor as the comic:

Dan: What do people need to know right now if they want to jump in cold?

Larime: Zoey’s just committed her second kill — two victims this time — and will be dealing with some unexpected fallout. The first eight pages will give new readers a crash course in everything they need to know. 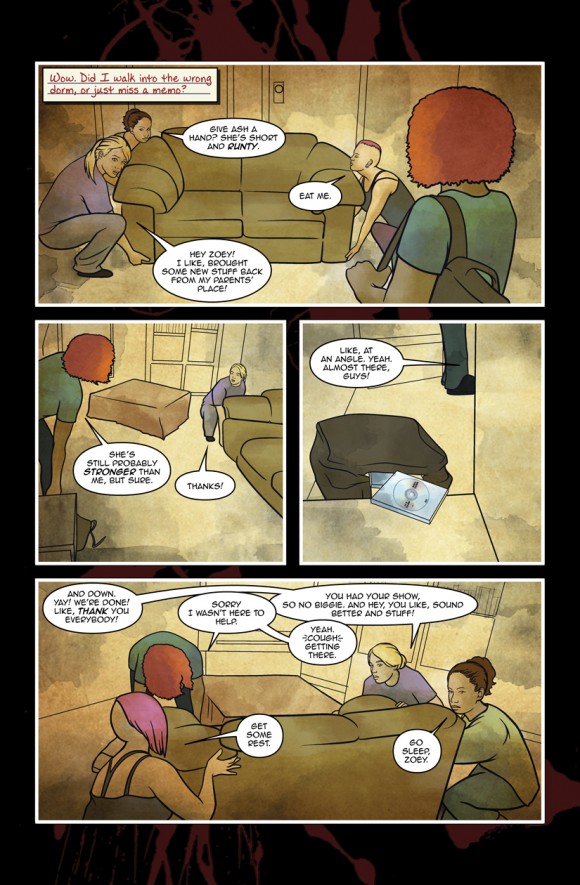 Here’s some more from Larime’s Tumblr:

Zoey is of mixed race, her black uncle is an openly gay homicide detective, her best friend from high school is an Asian lesbian, her dormmates range from a bubbly blonde sorority girl to an Hispanic business major to a bisexual goth-punk. I don’t write diverse characters as a checklist, they are bits and pieces of people I know or grew up with. They’re living, breathing characters.

So other than trying to spread the word, why am I posting this? Because as I said earlier, sales are dwindling and the book is nearing a tipping point. If they drop much more I’ll have to abandon it.

I believe in this book, and I’m giving you a link to issue #1 for free. It’s a double-sized issue, too. Decide if you like it, and if you do, here’s what you can do: 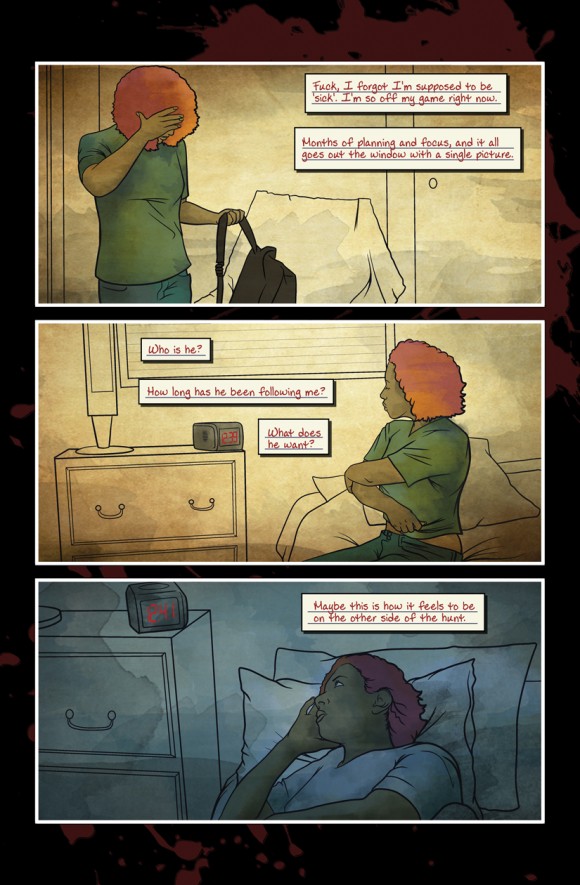 CALL or GO INTO your local comic shop and order the trade. The order number is APR140534.

Don’t get it at Amazon, tell your comic book store there are readers. Monthlies aren’t sold on Amazon, and monthlies are how I make a living.

CALL or GO INTO your local comic shop and order the first two issues of the next volume. The order numbers are JUL140458, and AUG140691. 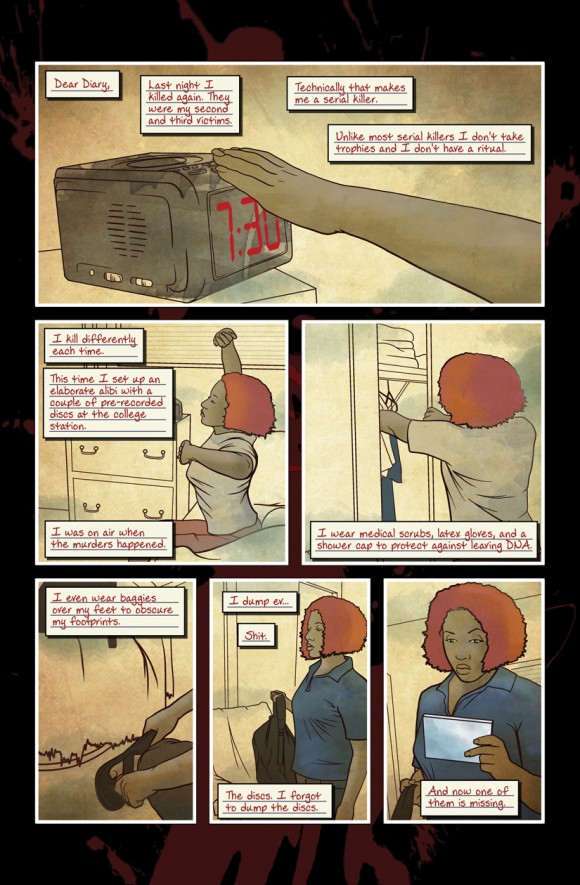 If you really want to see more diversity in comics, it starts with supporting the books that are already trying to make a difference. I’m not the only one. Rachel Rising, Genius, Concrete Park and many other great books about strong women and people of color are out there and they need your support.

Without it, we’ll have to close up shop. 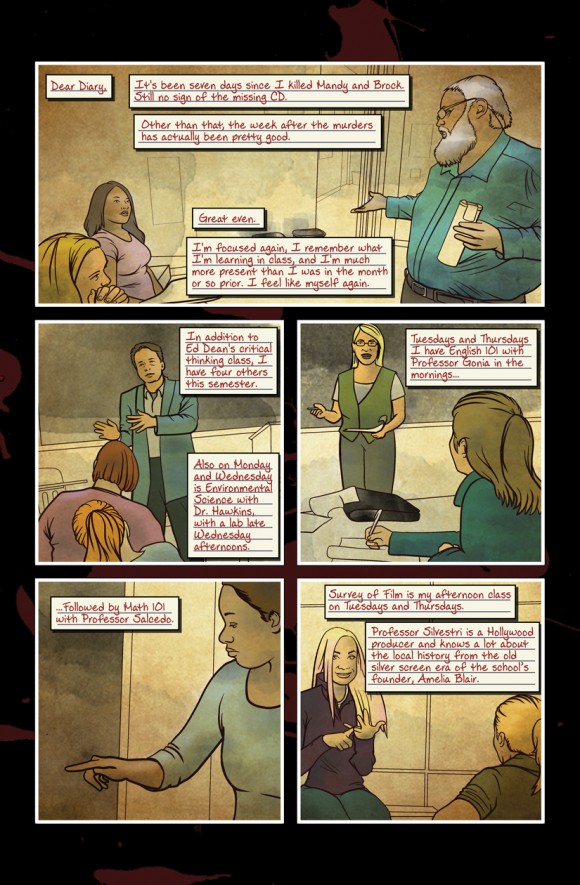 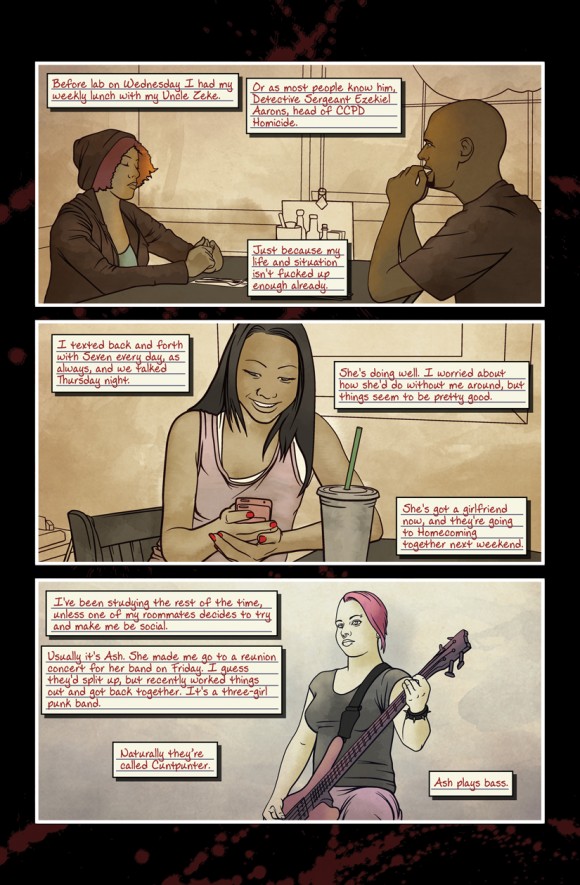