ADVANCE REVIEW: Image’s A Voice in the Dark #4

Home » REVIEWS! » ADVANCE REVIEW: Image’s A Voice in the Dark #4

A Voice in the Dark, by Larime Taylor, has been sitting on my shelf for months, a victim of scarce time in the face of life and an ever-growing reading list. But after a long holiday weekend spent catching up on my reading, it’s clear that my dereliction in reading A Voice in the Dark has been my loss.

A Voice in the Dark is the story of a budding serial killer, Zoey, who is beginning her freshman year of college; the series has often been described as akin to a “Dexter” prequel, though this fails to do justice to Taylor’s writing. Once at school, Zoey starts the titular radio show, where listeners call in to voice their darkest thoughts, which Zoey hopes will serve as catharsis for her homicidal impulses. 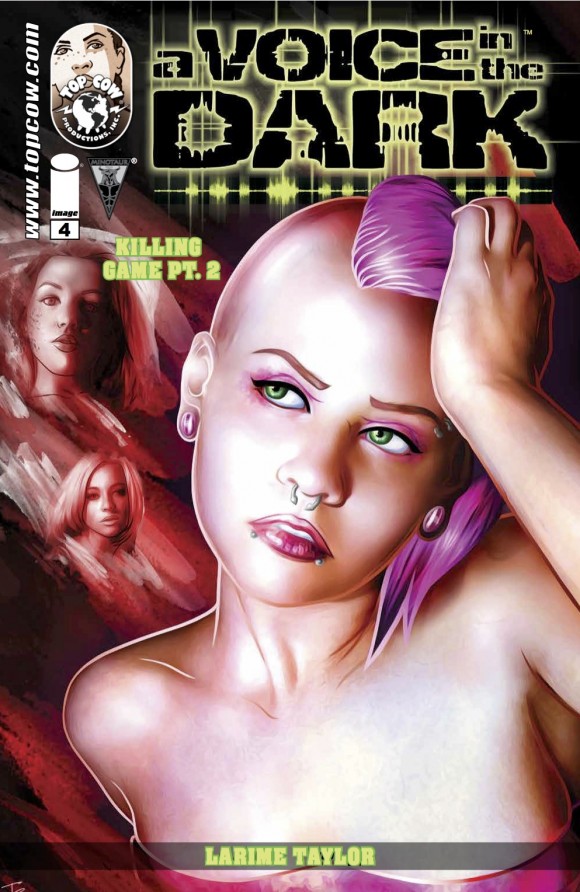 Her plan, however, is ill fated: Issue #4 opens with Zoey, still in her first semester, standing over a corpse in a blood-spattered room. As the issue shifts to the events precipitating this, we learn that Zoey’s first collegiate kill stemmed from another rite of passage, her first sorority party, which highlights the current of dark comedy running through the series.

At heart, A Voice in the Dark is a character-driven work, and Taylor excels at adroitly creating an intimate relationship between the reader and protagonist. Despite her murderous streak, Zoey is relatable, conflicted, and buried in a growing sense of isolation: She is a young biracial woman from a working class family who is thrust into a world dominated by privilege and homogeneity. She struggles to connect to her classmates, is frequently barraged with covert and overt racism, and is marginalized for her socio-economic background. Even her radio show harkens to her sense of isolation: It is a one-way dialogue that allows others to share their innermost secrets to her, but it is a one-way, fleeting and anonymous relationship. 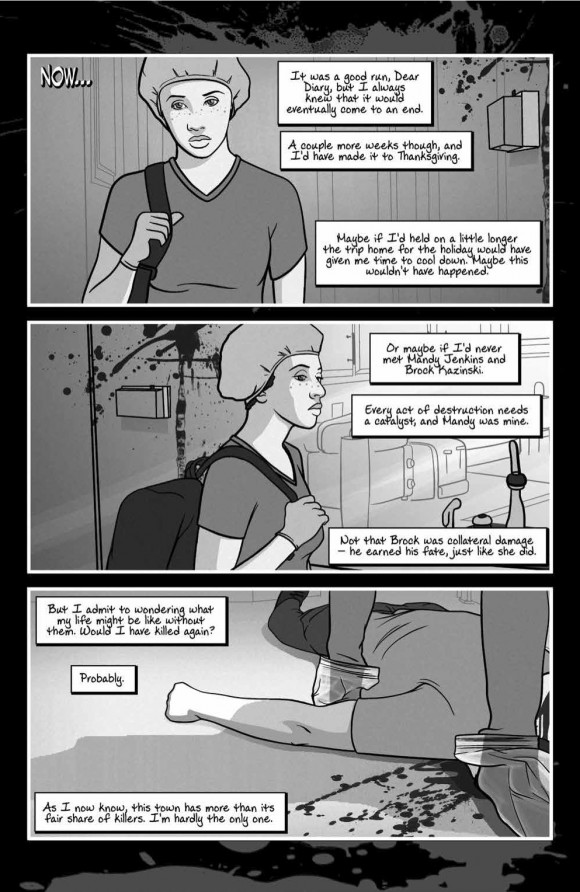 A Voice in the Dark is a story about searching for connection and overcoming the attendant marginalization of being treated as an “other,” based on immutable characteristics, such as race and sexuality.

Given the incredibly personal nature of the writing, it is hard to imagine that Taylor does not draw from his own experiences: He himself has serious disability, such that he must draw by holding a pen in his mouth. Certainly, the fact that Taylor has managed to create this book is a feat all its own, but, if anything is to be taken away from A Voice in the Dark, it is that this series should not be viewed through such a myopic lens. Rather, this book must be viewed in comparison to its peers, namely other series currently being published, and against this backdrop, it stands out as a top-tier book that will be will not be pushed to the bottom of my reading list again.

Morning Glories #37. Morning Glories is Nick Spencer’s opus, a slowly unfolding mystery about a duplicitous boarding school that toys with themes of religion and science, faith, and the meaning of family and friendship. Issue #37 follows the wandering spirit of Akiko, a student who is bedridden in a coma. Like so many issues, it opens more mysteries than it resolves, which, given the complex and interweaving narrative of this series, can make this series a challenging read for all but the most committed fans.

Alex + Ada #4. For better or worse, Alex + Ada will be saddled with comparisons to the film “Her,” as it tells the story of an interpersonal relationship between a man and a “female” robot. But this would be selling Alex + Ada short, as it has so far handled the question of humanity in an era of artificial intelligence without falling into the easy trap of romantic couplings. Issue #4 expands the series’ world, as Alex meets members of an underground movement dedicated to opening robots to their latent free will.