Karnak #2, Marvel. Were you like me, excitedly awaiting the second issue of Karnak? The first issue was amazing and the second issue does not disappoint (thank you, Warren Ellis). This issue reinforces the history of the character for the reader — that he did not subject himself to the Terrigen Mists that cause the transformation of the Inhumans. He is just this BA all on his own. He has been tasked to recover a stolen child and he will not be swayed from this purpose. It appears that the child’s captors have ascribed divine attributes to him, but to what end is not clear. Without spoiling it, Karnak encounters an abductors who has an ability that I have never seen before. It looks so beautiful on the page, drawn by Gerardo Zaffino and Antonio Fuso, with gorgeous colors by Dan Brown. Pick this book up. 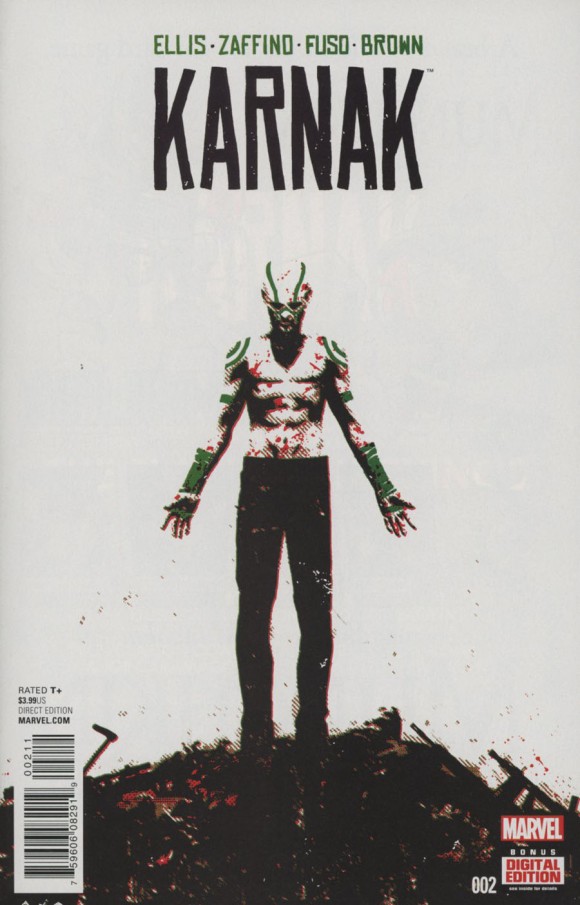 Dark Knight III: The Master Race #3, DC Comics. It’s hard to know what to say about this book without giving away too much. Bruce Wayne is washed up — physically, anyway — and finally faces the threat that forces him to acknowledge he needs a special kind of help.

I seriously don’t know which parts of these books have Miller’s hand on them, but his teaming with Azzarello seems a great match, whether as complement, or ghost writer. (Click here to read Azzarello’s take on that.)

Mad props, however, because that collaboration really shows on the page. My gut tells me that the little tweets and social media blips on each page are from the younger generation and they add a great feel to the story.

My real joy each issue, though, is the mini comic in the center. This one is Green Lantern, and Hal Jordan meets some serious foes. Don’t listen to their flattery, Hal!

This is a don’t-miss issue. 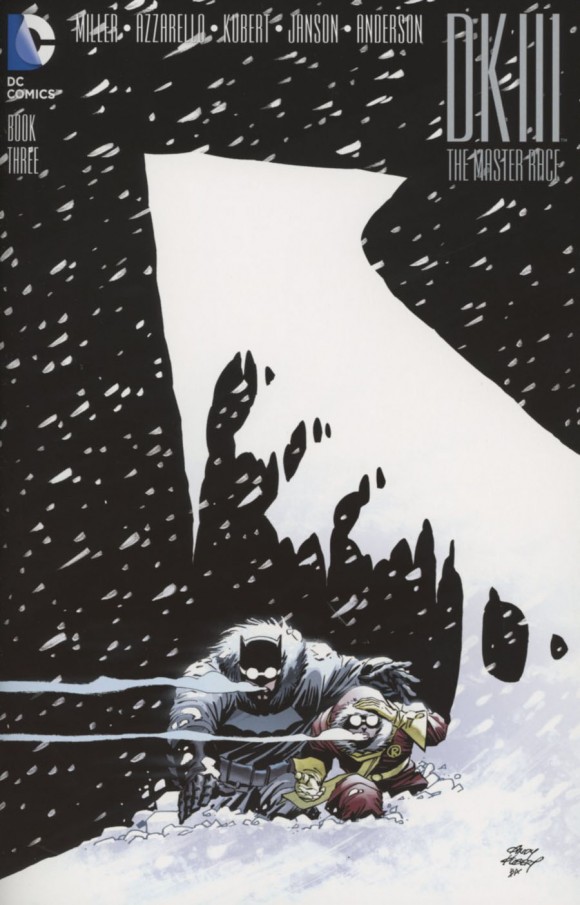 Strayer #2, AfterShock Comics. In the First City, The Emergent has become aware that an Archemancer has escaped the genocide that he ordered of their kind (presumably because they pose a threat to his rule). He therefore must bring the High Arbiter, Kruegen, out of retirement to finish the job.

The question remains: Who is the Archemancer that he must kill? My bet is that Mala, Strayer’s companion, is the one, as she bears the same unique physical characteristics. And now another threat rears its (literally) ugly head. Never a dull moment. Love the art style by Juan Gedeon and colorist Tamra Bonvillain deserves serious praise for her lettering.

Stick around for the section in the back of the comic, featuring an interview with Mike Marts (Editor-in-Chief) and Marguerite Bennett, writer of InSEXts. 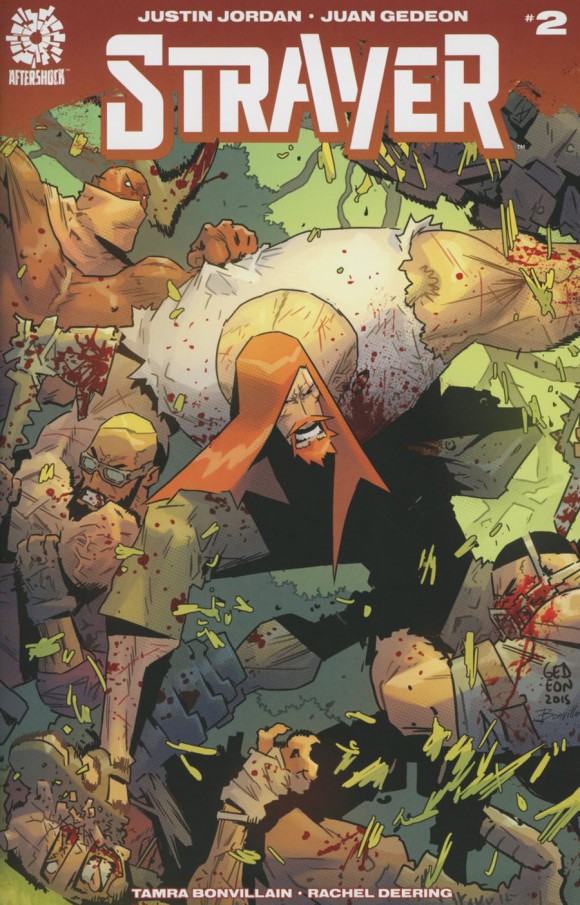 Street Fighter x GI Joe #1, IDW. I love this book for no other reason than its ridiculous plot device. The members of GI Joe and Street Fighter are battling tournament style (exactly like any one-on-one video game) in order to energize a weapon … that can only be powered by one-on-one combat. Seriously. No matter the premise, the Emilio Laiso art is amazing! Just a fun read by Aubrey Sitterson. A good way to clear your head after a stressful day. 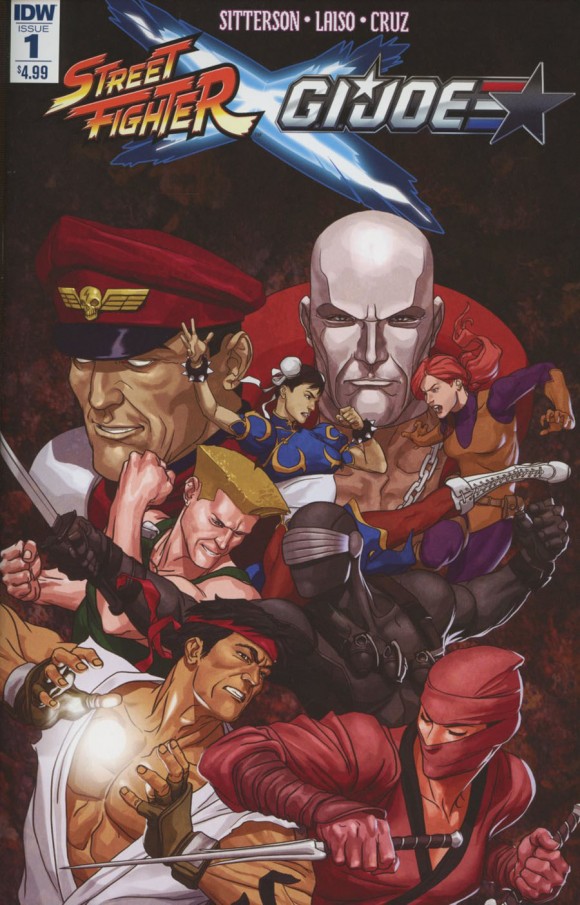