So many new series from Image. G.D. Kennedy takes a look at A Voice in the Dark‘s quasi-reboot, Roche Limit #1, and the second installment of Wayward. 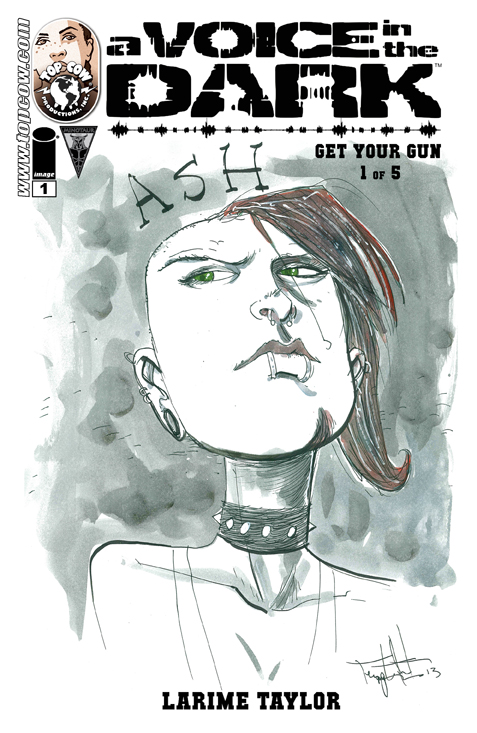 A Voice in the Dark: Get Your Gun #1. Writer, artist: Larime Taylor

A Voice in the Dark returns after having gone silent for a few months to retool, hitting the shelves 9/24 in glorious color for the first time. If you haven’t read A  Voice in the Dark yet, it is about Zoey Aarons, a freshman from a racially diverse, working class background who has just started attending an elite college overrun by a wealthy and homogeneous fraternity culture.  Zoey also carries with her a dark secret, namely that just prior to starting college, she killed a classmate, and since she has been preoccupied with a compulsion to find her next victim.  This newest issue picks up where the original black-and-white run left off, shortly after Zoey has finally given in to her desire, resulting in two dead classmates and some bloody tent stakes.  At the same time, Zoey has just learned that she is not alone, as someone else is killing students on the campus.

This is a series that has been criminally under-appreciated, at least from a sales perspective, from its inception. While only time will tell if the addition of color will fix flagging sales, even without this, the series has remained consistently excellent, as it is well-written character study of isolation, repression and the search for connection by someone lost in a world that’s unkind and keeps her at arm’s length for her appearance.  It is, in short, essentially the antithesis to the increasingly convoluted world of Big Two comics: A Voice in the Dark offers a straight-forward and relatively simple story almost entirely driven by a well-developed character, told principally through the perspective of Zoey and her diary, with the addition of the university’s second killer as a nice foil to Zoey, with the promise of Zoey’s first true interaction, free of secrets, lies and omissions. 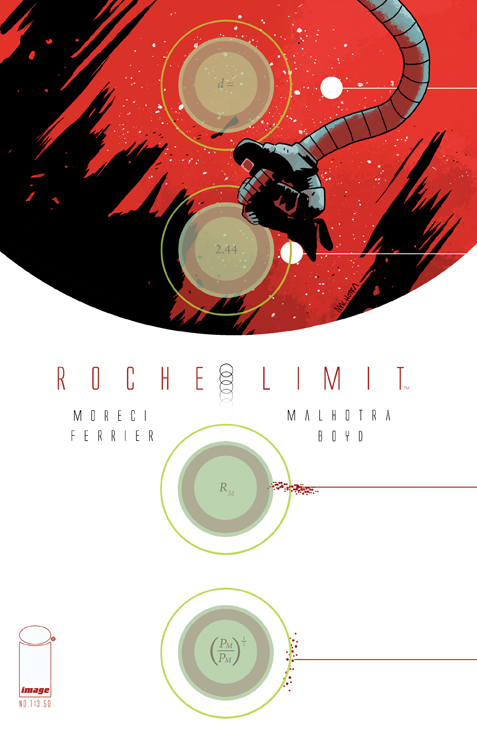 Image has apparently been trying to corner the market on sci-fi crime procedural comic books, publishing in the last six months or so, in no particular order, Copperhead (Western cop-buddy on a distant planet), The Fuse (cop-buddy story in space station), and Red City  (noir-ish investigator on Mars).  Copperhead, at least based on its first issue, looks to offer the most as far as well-developed characters, while The Fuse has had nice, if somewhat jumbled, moments of story-telling and world creation.  (I am still searching for what Red City brings to the table other than well-worn tropes.)

Roche Limit is the newest addition to this pantheon, certainly dabbling in similarities to these other series, but also setting itself apart by hints to a larger, underlying mystery that appears destined to be the undercurrent to the series. The opening pages of the series provide a background of the Roche Limit colony, an effort by a billionaire to establish a remote utopia that completely failed, instead turning into a failed state overrun by crime and subject to the whims of various underworld figures. But it is the visual sequence underlying this history lesson that is what is maybe most engaging, a man forced into a spacesuit by another and then thrown from an airlock into an anomaly, dangling by a tether — it is tense and terrifying and mysterious sequence.  It is also the high-point of the book, the remainder of which fills us in on what the ostensible story will be – a police officer who has spent her life savings to reach the colony starts conducting a search for her sister, who has gone missing, and on the way meets a local rascal who helps her out of a jam, leaving them as partners in her quest.

The first issue of Roche Limit suggests that it has a large story to offer, and Vic Malhotra’s art provides, at times — and particularly in the opening pages — a terrifying sense of isolation that adds a nice tension to the book.  The sum of its parts wanders a bit between the grand mystery and the procedural, and only time will tell whether the series settles into the trappings of a straight genre-piece, or develops into something more. 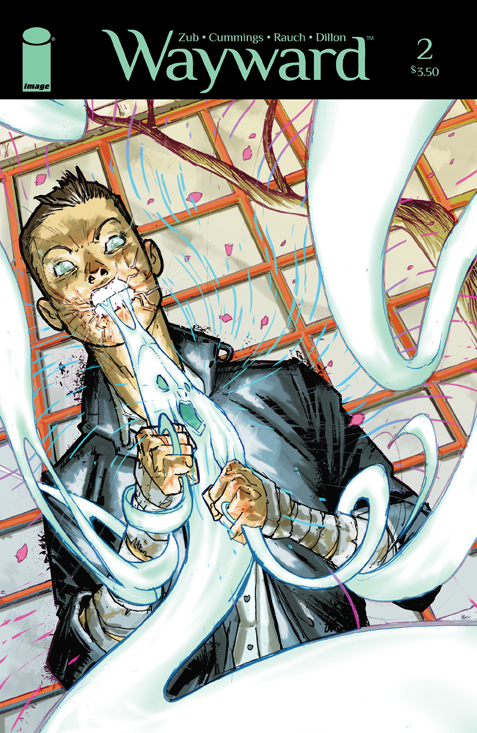 A Riley Rossmo variant for Wayward #2!

Two issues in, there is something distinctly addictive about Wayward.  The writing is crisp and clean and the art evokes a mixture of Western style with hints of manga, which combine to create a rich lead character, Rori Lane, a half-Irish, half-Japanese teenager acclimating to her new life, living with her mother in Tokyo. (Zub will be forgiven for using the English, and not Irish, spelling of “Rori.”)   To date, the series has been short on story, instead focusing on Rori and her entrance into Japanese life. This narrowed focus has not exactly been a negative, as it offers the reader a chance to get to know Rori, while also slowly exposing the reader to the hidden Tokyo, filled with spirits and monsters and magic, at the same time that Rori learns of it, leaving a nice element of mystery while also offering glimpses of an animated, if veiled, world.  Rori herself is a likable character, and Zub does an excellent job of capturing the voice of a teenage girl searching while pulled between binary worlds, whether as a result of her nationality, her culture, or the competing stances of her just-divorced parents, or, maybe most explicitly, between the world of fantasy magic and reality. While it is unclear where the series is heading story-wise, there is no question that the slowly unfolding series is brimming with promise and, in the meantime, if Zub can continue to regale us with Rori’s adventures in Tokyo, the series should continue to be an essential read.