OK, so that’s not technically her name. But you know what I mean.

“And I cannot wait for the inevitable Roller Derby Harley action figure.” 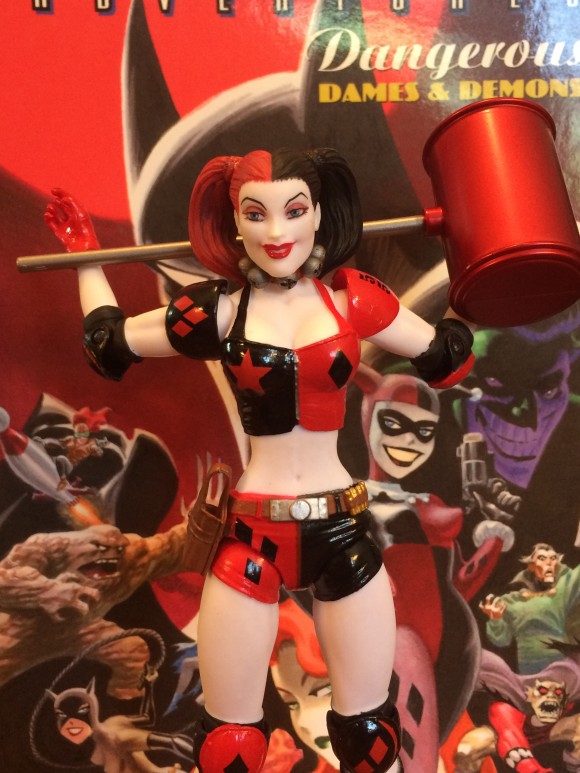 DC Collectibles has released its latest Harley figure (for about $25, by the way) and this one really does beat them all — even Pajama Harley, which I thought was pretty damn clever. 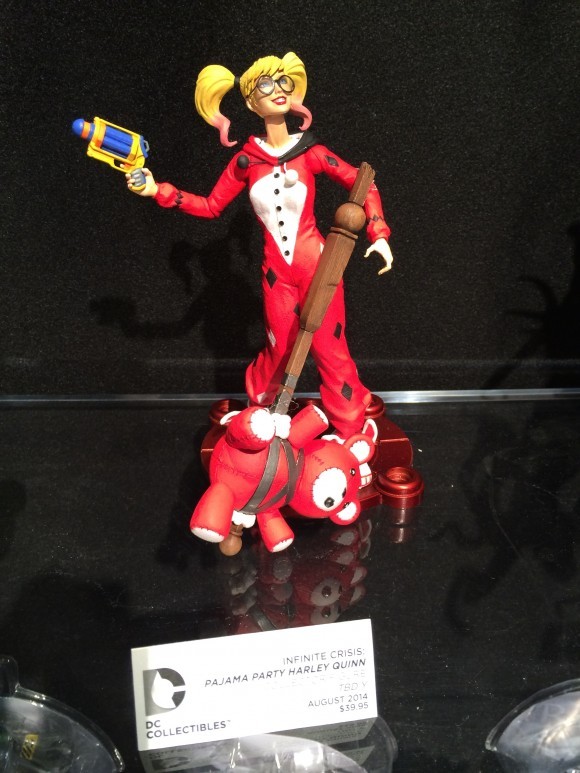 What I like about this design is that it distills all of the best elements of sociopathic screwball: her sense of humor, her dangerousness and her sex appeal. 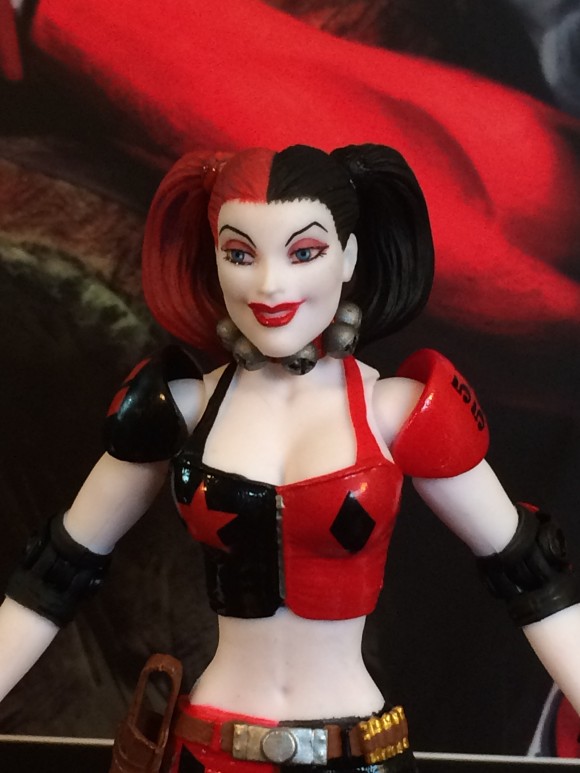 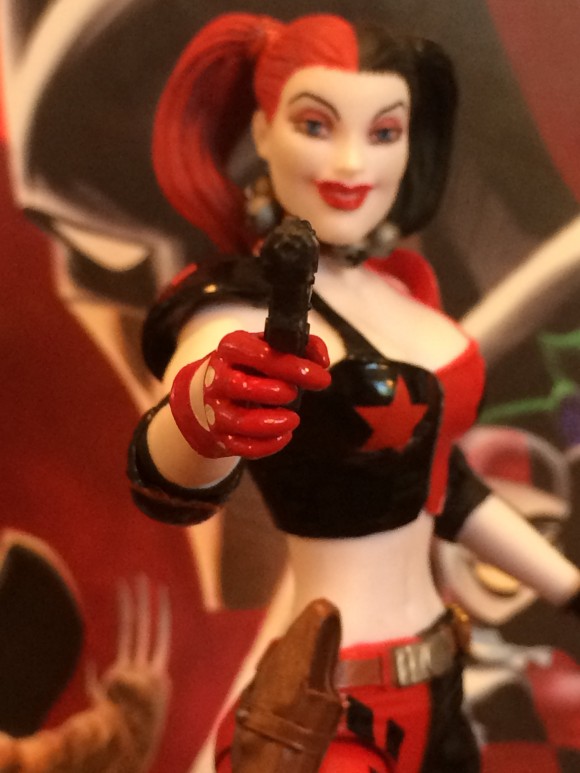 When Palmiotti, Conner and co. moved Harley to Coney Island, it was such a smart move. If Harley really existed, it’s exactly where she’d feel at home. (Same for putting Starfire in Key West, by the way.)

But the idea that she’d be into roller derby was a minor stroke of brilliance — because of course she would be. All that riot grrrrl mayhem? WHIP IT! 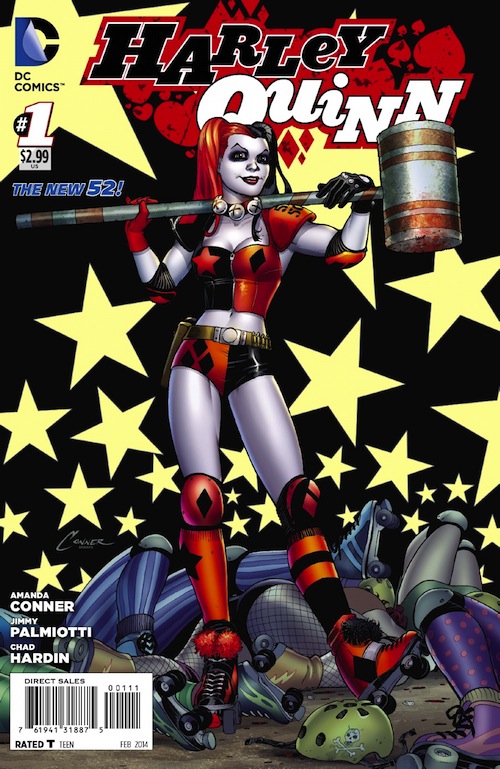 Now, I say all this from the perspective of someone who’s never really been a fan of Harley Quinn. Really, it’s true. I found her more annoying than cute on the Animated Series and various versions since have been mostly a distraction. I almost never write about her.

But thanks to Palmiotti and Conner (and a small of army of artists over the last 18 months) in the comics world, the Arkham video games and now Margot Robbie, she’s downright A-list. 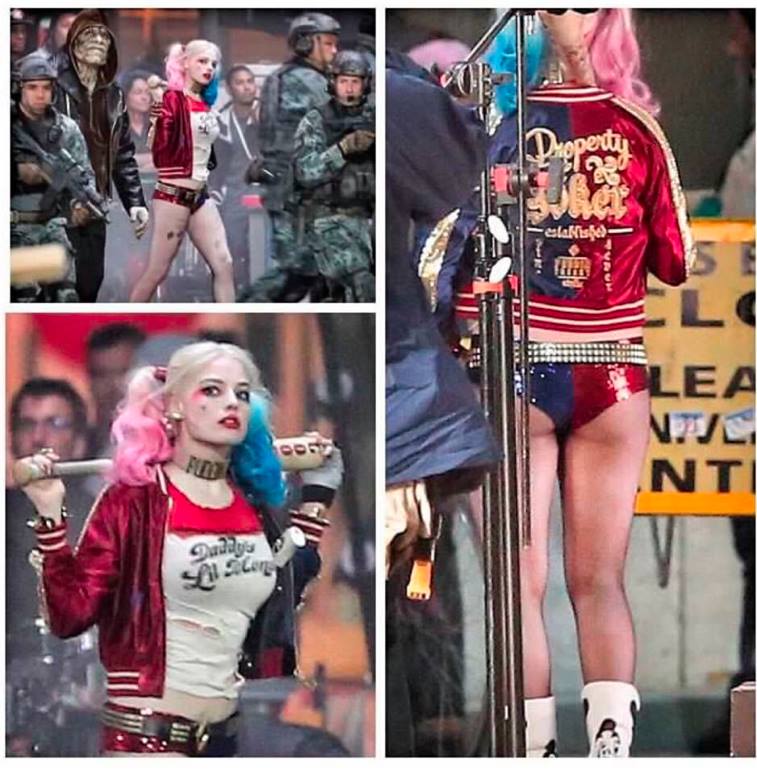 And this is an A-List action figure. 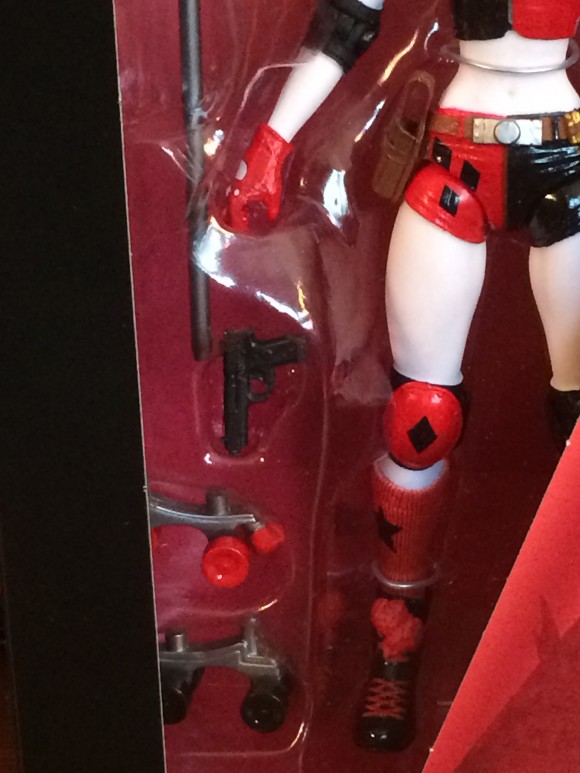 Eschewing the generic elements of a lot of the New 52 figure output, this Harley has her own personality and style — really, she would have been just at home in the forthcoming Icons line.

Or she just as easily could have been a special Designer Series edition a la the Greg Capullo line. Really, she looks like an Amanda Conner drawing in three va-va-va-voom dimensions. 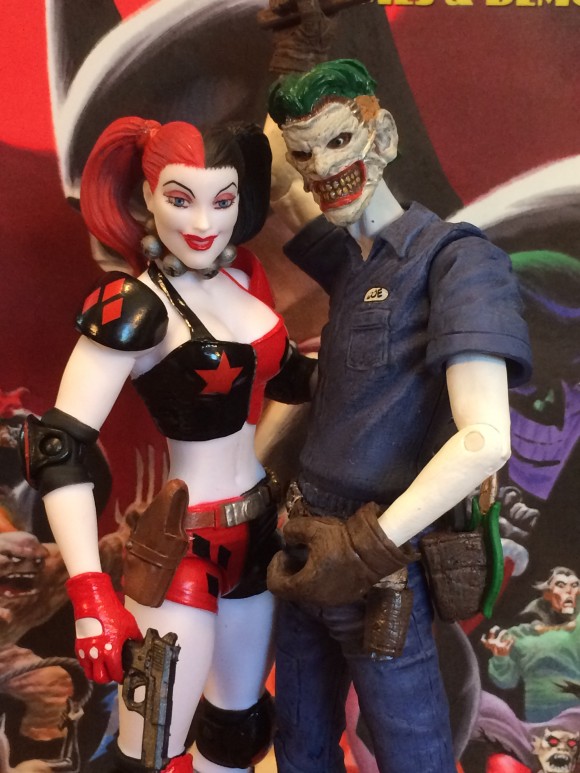 This is the Harley action figure I’ve been waiting for. And so have you. 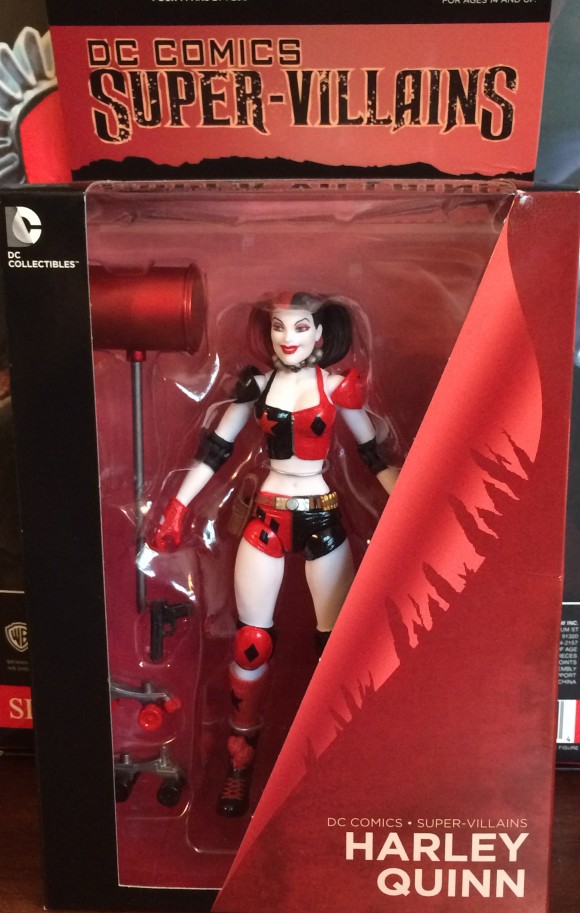