A TREK TUESDAYS REVIEW! PLUS: Two Trek HOT PICKS for you!

I’m not a Minimates guy and I’m not a Lego guy. I understand that people dig ’em and that’s cool. Just not my cup of replicator coffee, y’know?

But I do love Star Trek and I really like the inventiveness behind Minimates’ Enterprise set. 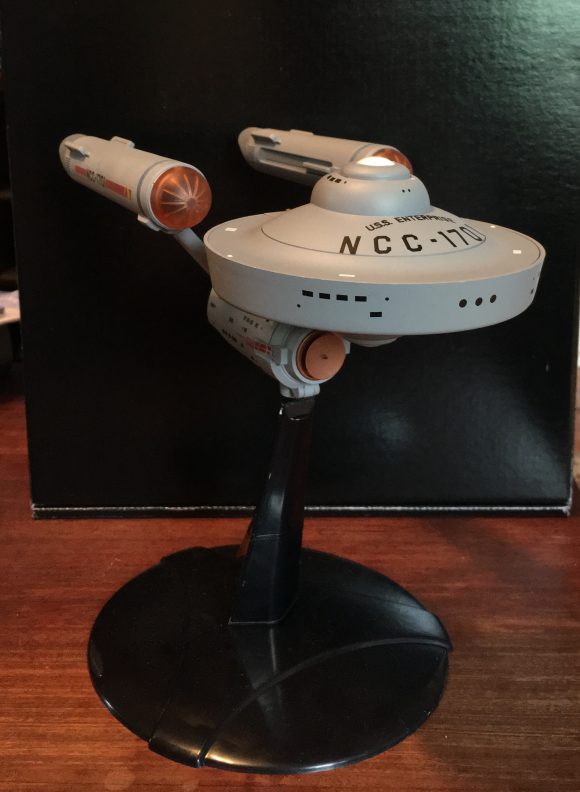 Yet it captures the Enterprise with the kind of eye for detail necessary for something like this. You can’t just have distorted dimensions. You need to be sure Kirk — who comes with the ship (of course) — actually kinda looks like William Shatner. The bridge — revealed when you flip the top of the main section — has to look like the bridge, with its red doors and sensors and captain’s chair. 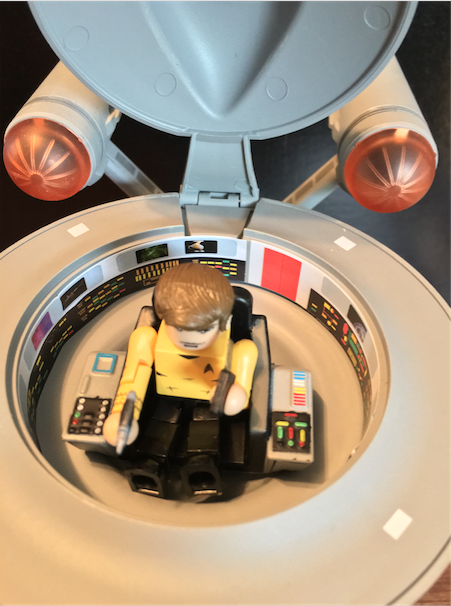 The Enterprise , which lists for about $30, comes with a stand, allowing for easy display. Other crew members are available at various retailers, so you can bring, say, Spock and McCoy on board, as well as a variety of other characters — even a Gorn and Khan (young or old). You can also open up the engineering section to reveal a Jefferies tube that can hold a second character. 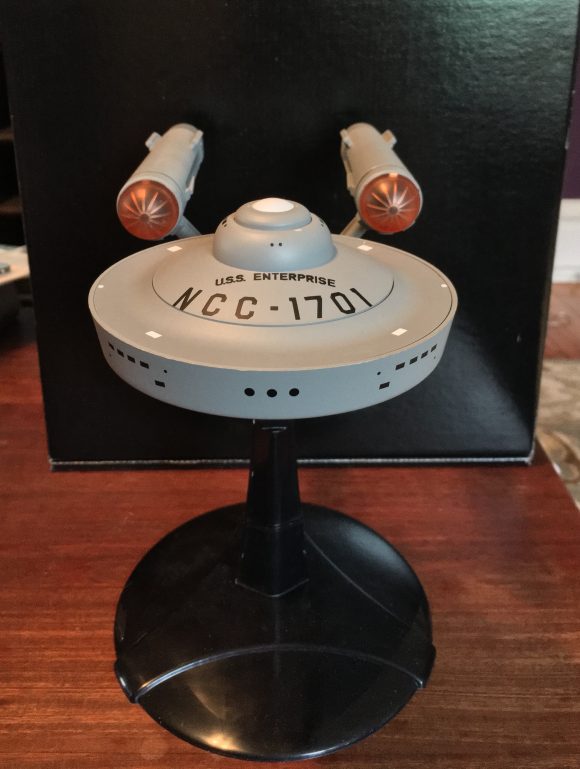 If you’re looking for fealty to the original Enterprise, I recommend Diamond Select’s replica version of good ol’ NCC-1701. (Click here.) But if you collect Diamond Select’s Minimates, are a Trek completist, or just want something fun and offbeat for your shelf or desk, this is the Enterprise for you. 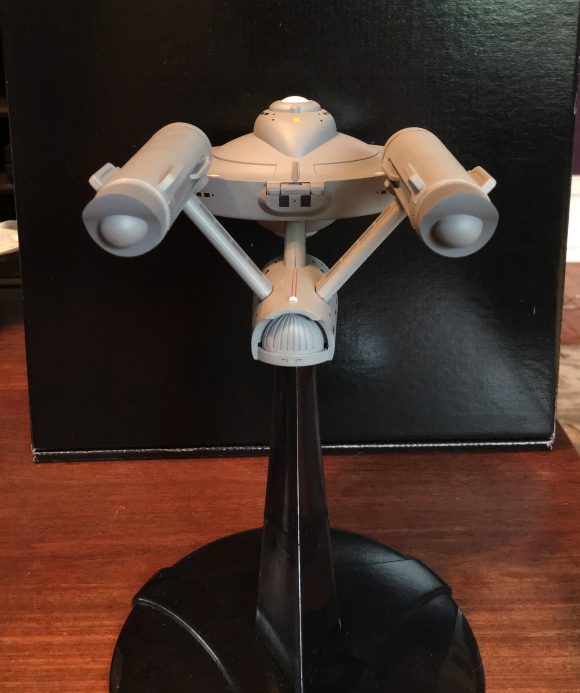 (By the way, I know this has been out for awhile, but I’m guessing that a lot of fans haven’t seen it. And with this being the 50th anniversary year of the Original Series — hence Trek Tuesdays — everything old is new again.)

If you’re new around here, you may not know that we do HOT PICKS every week (click here), selecting the comics we’re most looking forward to that Wednesday. I decided that since there are two Trek books coming out 5/4 that are worth a look, this would be the best place to open hailing frequencies:

Star Trek: New Visions #11: Of Woman Born, IDW. John Byrne’s latest photoplay comic picks up from where the classic episode “Who Mourns for Adonais?” leaves off. These comics have been great, using stills from old episodes to tell new stories. Byrne has an uncanny knack for getting the dialogue and pacing just right. There’s nothing like watching a classic Trek episode, but this title presses the right phaser buttons. 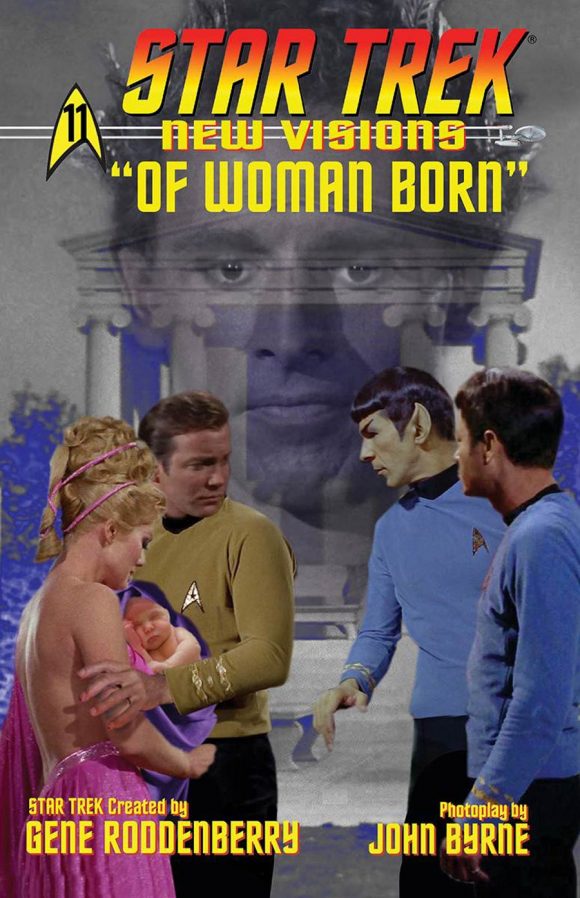 Star Trek: Manifest Destiny #2, IDW. This biweekly miniseries takes place in the new timeline but synthesizes aspects of the old, if that makes sense. The basic gist is that the Klingons are on the warpath, so that’s awesome. The main cover is by Angel Hernandez and there’s a great variant cover by Tony Shasteen that mimics The Wrath of Khan movie poster. There’s a third cover by J.K. Woodward, as well. Written by Mike Johnson and Ryan Parrott, with art by Hernandez. 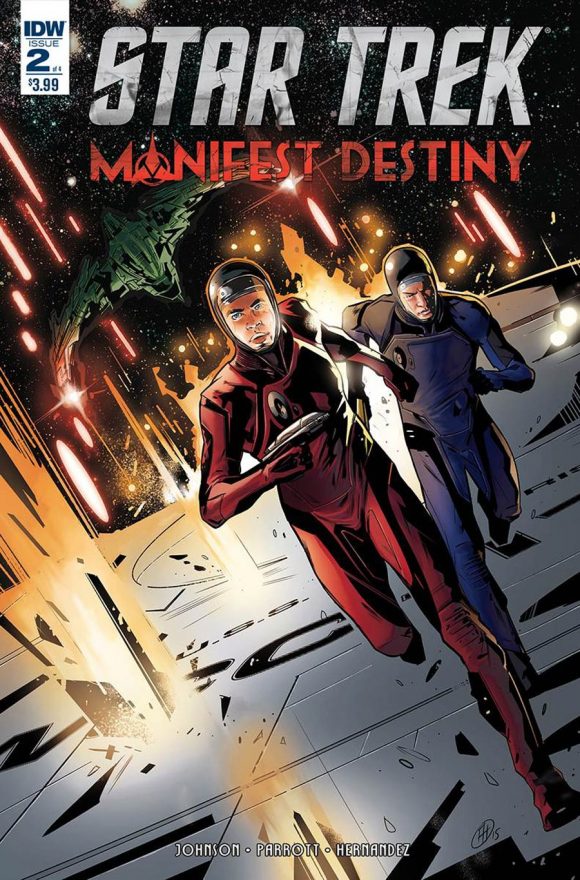 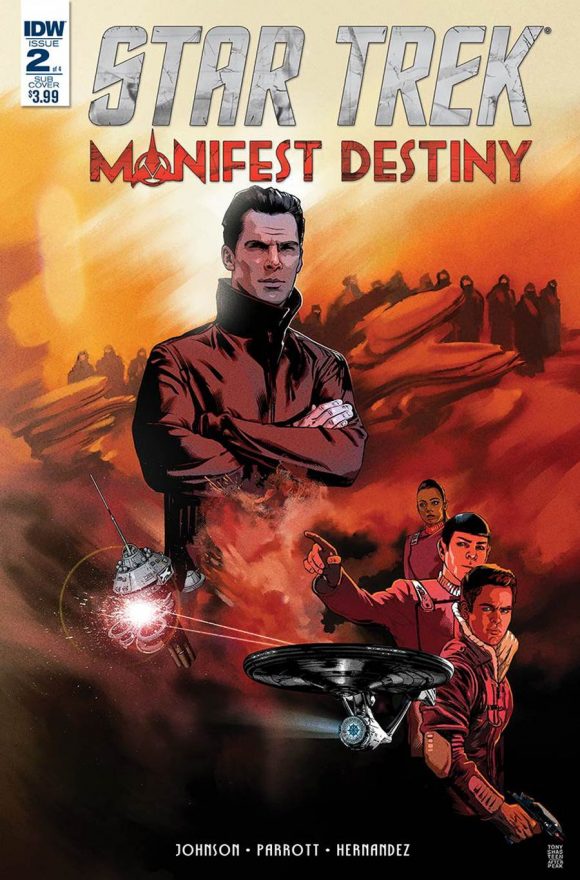 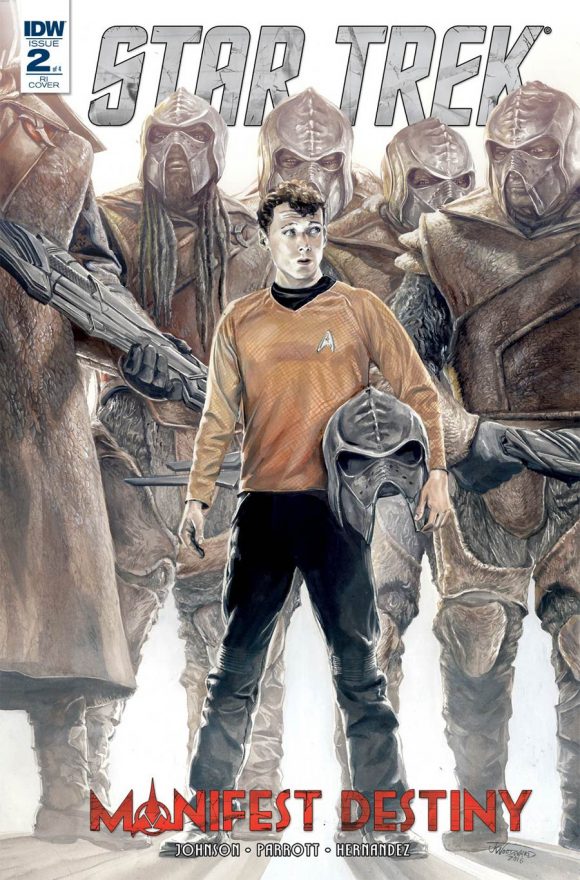