PART 2 of a two-part review of the latest Figures Toy Company Mego-style wave! First, it was The Lovers. Now, it’s The Fighters: The Caped Crusader vs. The Prince of Puzzlers!

When all of the companies that landed the Batman ’66 license started announcing they’d be doing action figures, I dared to dream. 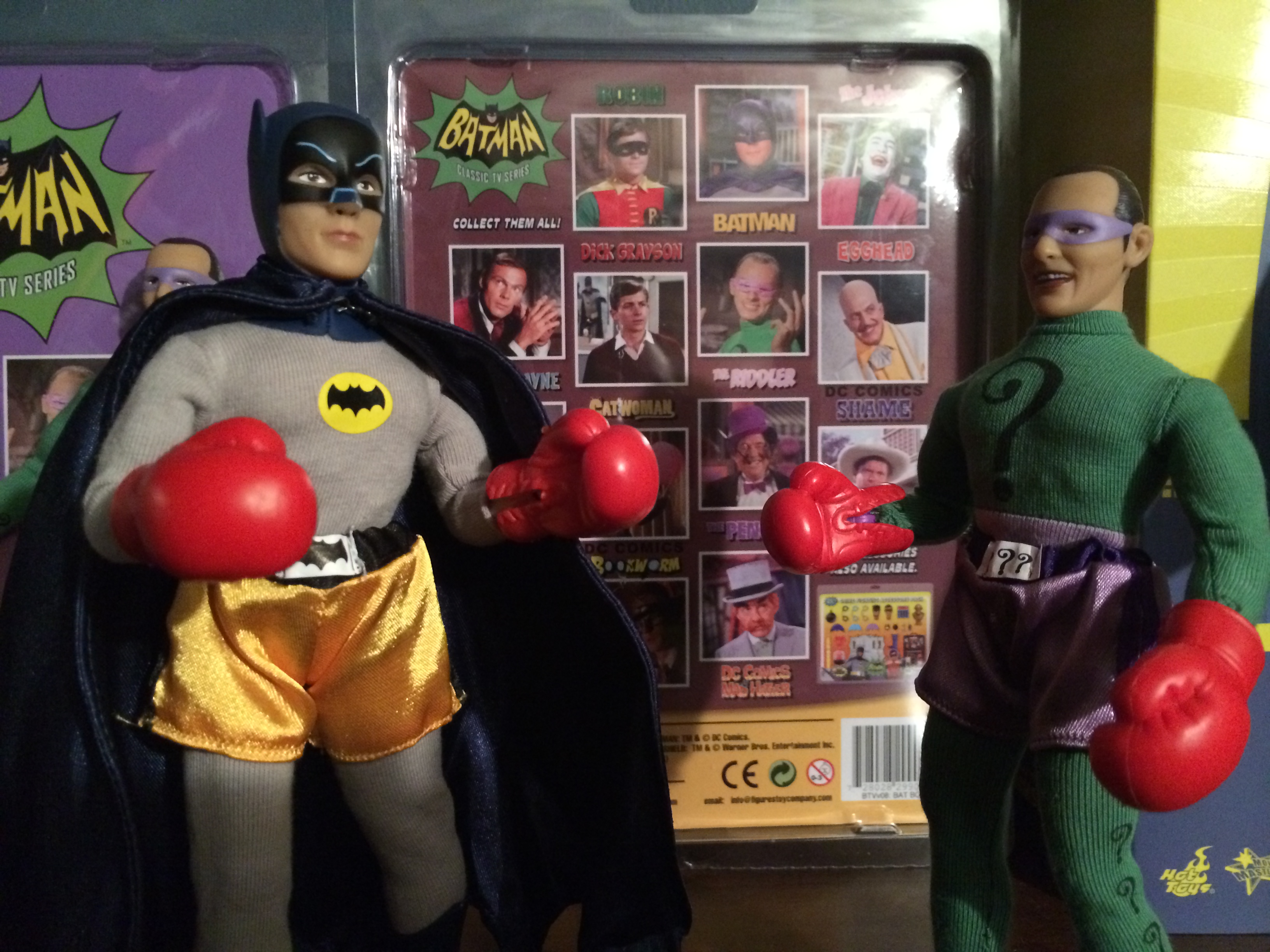 FTC’s latest wave of Batman ’66 figures features all variants — including the puglistic pair as seen in Season 3’s episode, Ring Around the Riddler.

Now, the episode was one of the weirder in the Batman ’66 line-up. It was the second one of the final season and the writers were obviously struggling with the new half-hour format.

The pacing of the episode is way off, there’re a lot of characters jammed in, including Batgirl, in her second appearance, and Joan Collins’ Siren, who basically walks through two scenes to set up her own episode the following week (one of the season’s strongest). Plus Jerry Quarry (!) has a cameo and James “Father of Thanos” Brolin makes another bit-part appearance on the show.

We also get the real start of those odd, black-background sets with the cut-out props. Real strange, man. Like, real strange. 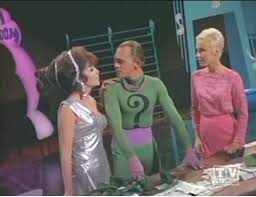 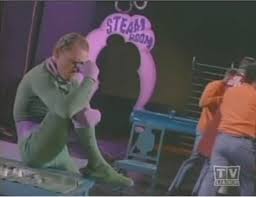 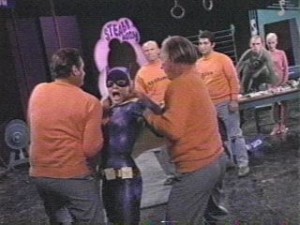 The highlight, of course, is the return of Frank Gorshin to the show as the Riddler. He was missing from Season 2, evidently over some money squabbling, and this would end up being his final appearance.

Compared to his manic antics of Season 1 and the 1966 movie, he’s pretty much reined in here, mostly because of a really weird story choice to have him disguised as a Middle Eastern boxer named Mushi Nebuchadnezzar — part of a thin scheme to control the fight game. (Come to think of it, I wonder if the whole Mushi shtick wasn’t an Establishment riff on Muhammad Ali. Hmm.)

Of course, this was all just contrivance to get us to a scene where Batman and the Riddler have to climb into the ring — with boxing trunks over their tights.

As a kid, that’s all I fixated on. And here we come, full square circle back to TWO OF THE GREATEST ACTION FIGURES IN THE HISTORY OF EVER!

Batman gets boxing gloves, a white terry robe — and the yellow trunks, with black stripes. I took off his utility belt because it really didn’t fit well with the trunks. 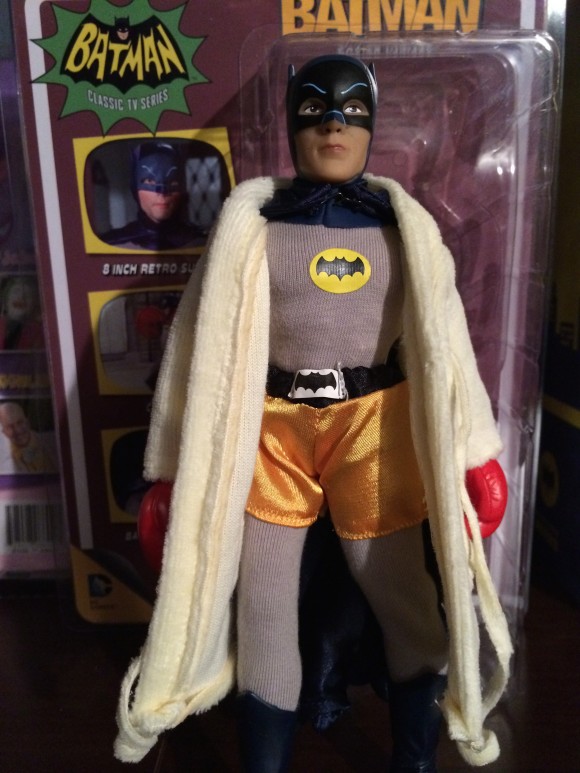 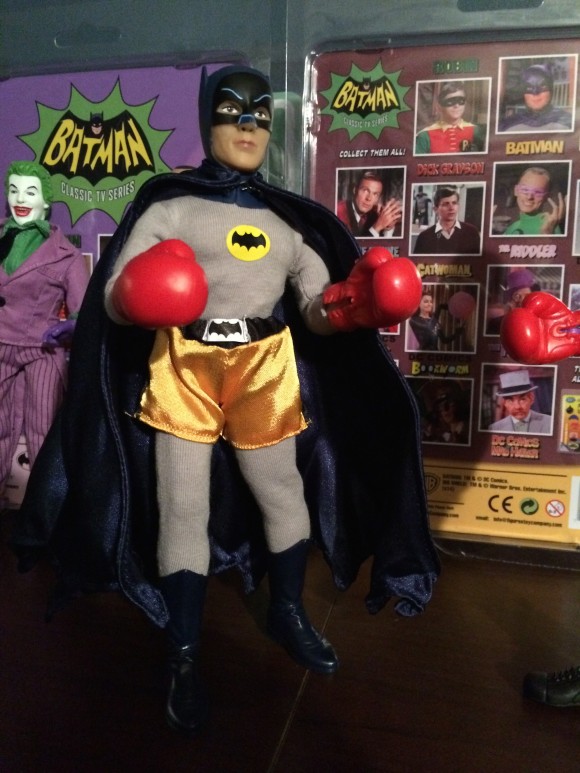 QUIBBLE ALERT: I can only speculate why FTC didn’t give Gotham’s guardian the yellow robe from the episode (or why either character’s gloves are bright red instead of dark brown). First World Batproblems.

The Riddler, on the other hand, gets the full Mushi Nebuchawhatzit treatment: Satin red burnoose/robe, Riddler shield on the back, pink headdress — and purple trunks, with darker stripes. 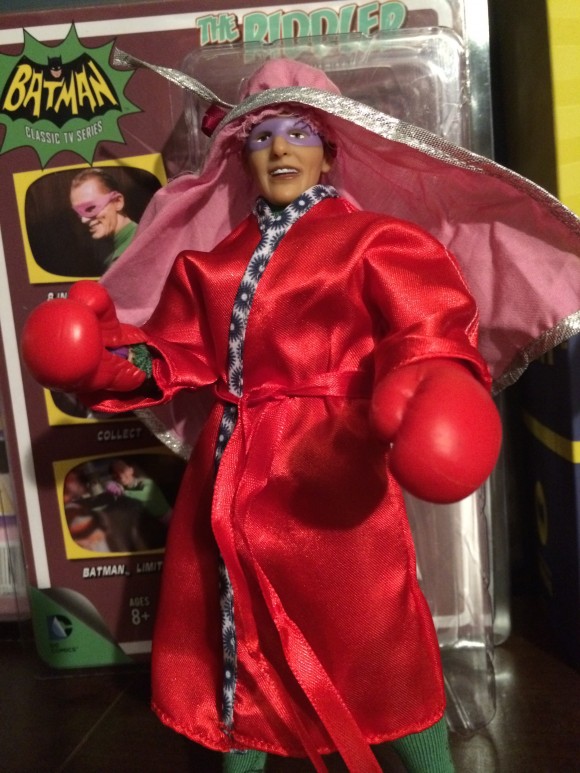 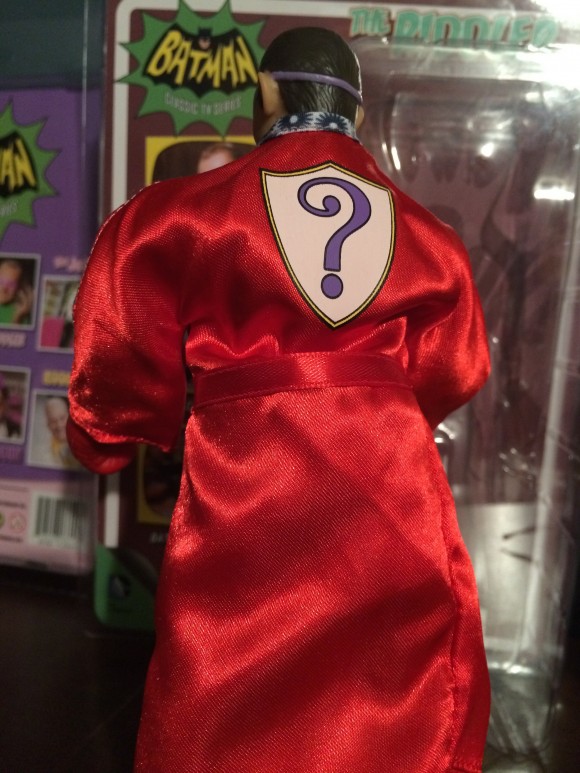 Of course in the episode, Batman wins. 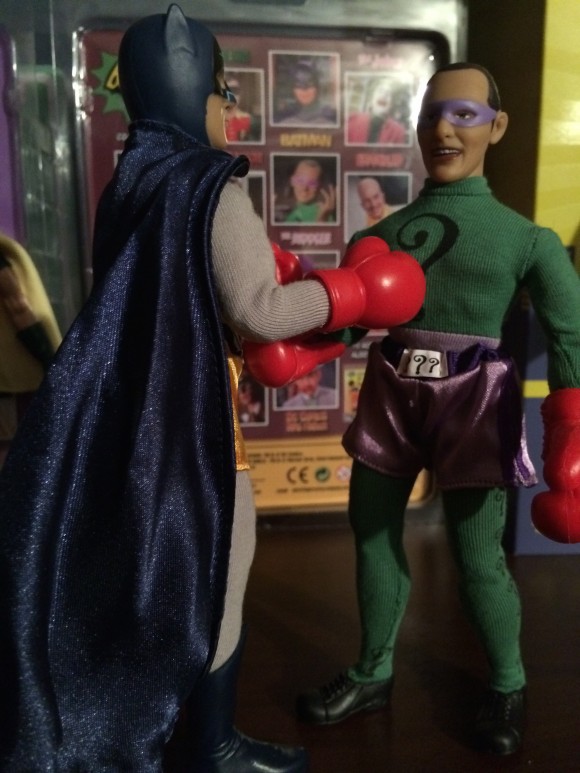 But, sartorially speaking, in the Figures Toy Company Fight of the Century, the Riddler comes out the champ. 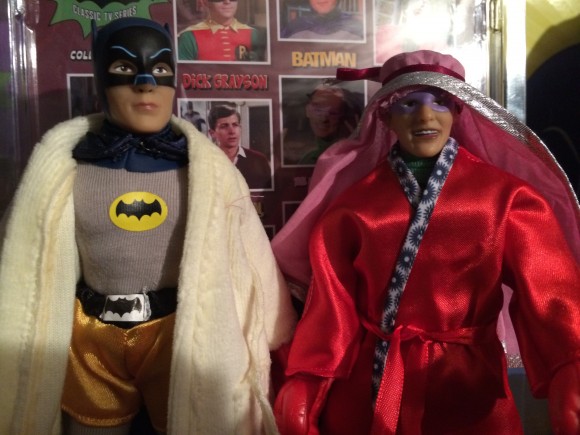 Then again, it’s only a few more weeks until we get … PINK COWL BATMAN!