Plus: The cool, cruel MR. FREEZE … in this Holiday Hot Picks #9.

(For a FULL INDEX of our Holiday Hot Picks, CLICK HERE!)

The second wave of DC’s Greg Capullo Designer Series action figures is hitting shelves just in time for the holidays. The first three figures are out now and the fourth, Thrasher Suit Batman, will be out 12/10. 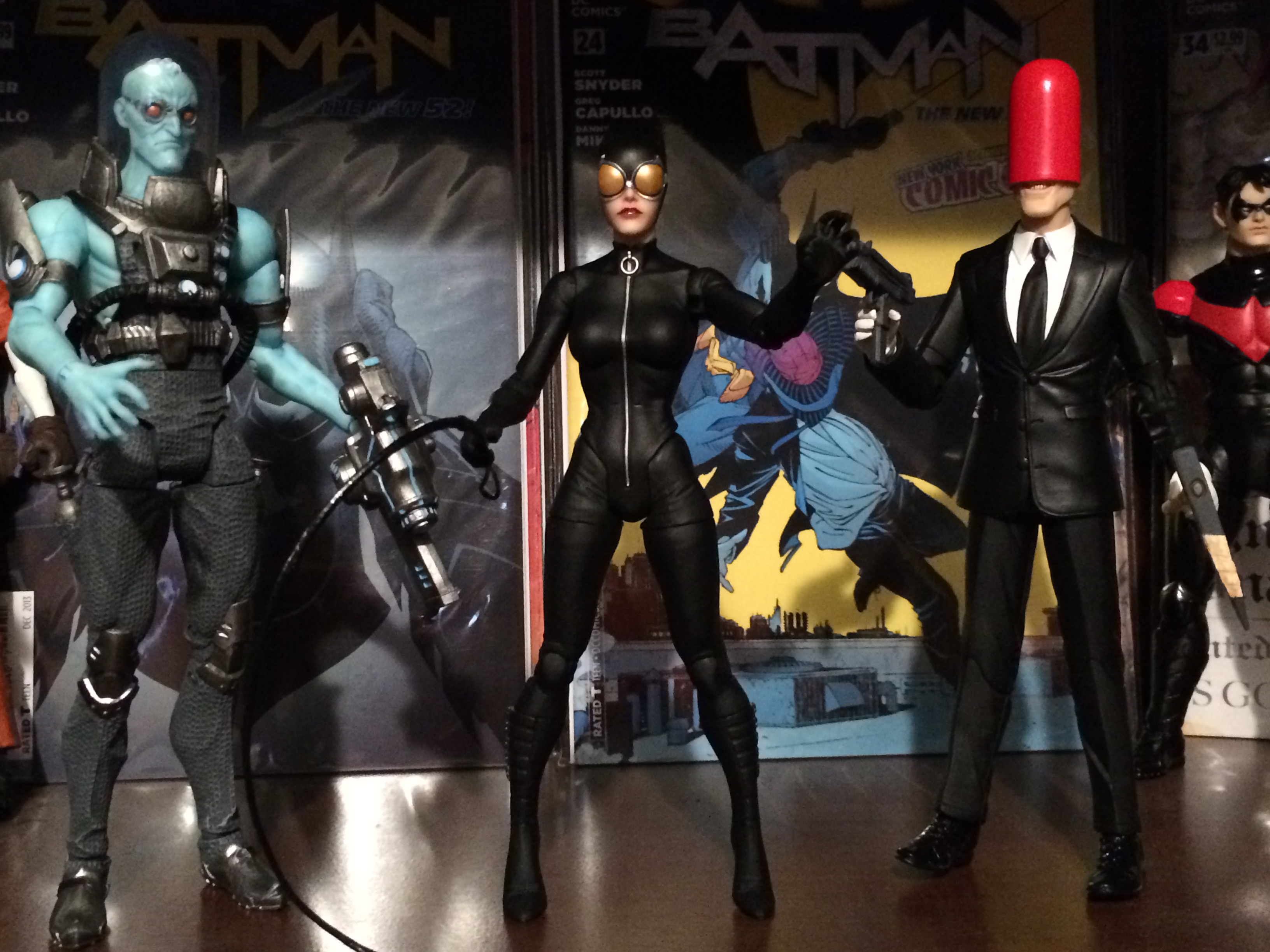 So far in the Capullo series we’ve gotten a first-rate Batman, one of the best Nightwing figures ever, a terrific Talon and a solid Riddler. Red Hood, as we see him in Zero Year, is a superb addition to the line and one of my favorites. 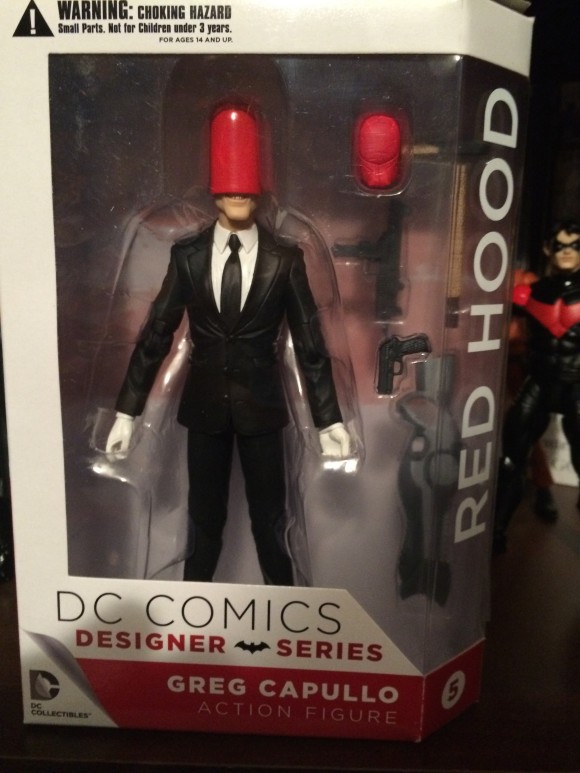 The ur-Joker comes with a set of accessories including a pistol, machine gun, a handmade pickax and a fancy shooting weapon thing that I’m sure comes from the story but I just don’t remember what it is.

Best part is there’s an interchangeable head so he can either be Red Hood #1 or one of his Red Hood Gang minions. 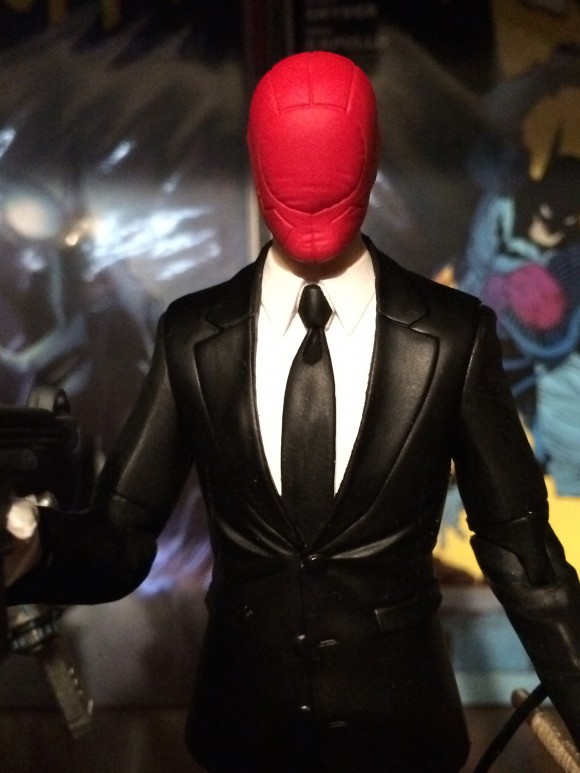 I still prefer the old-school look of the Red Hood, with his entire face covered. A helmet that doesn’t quite come down far enough seems even less wieldy. But seeing his creepy grin does add a visual malevolence — and boy does he have a great tailor. 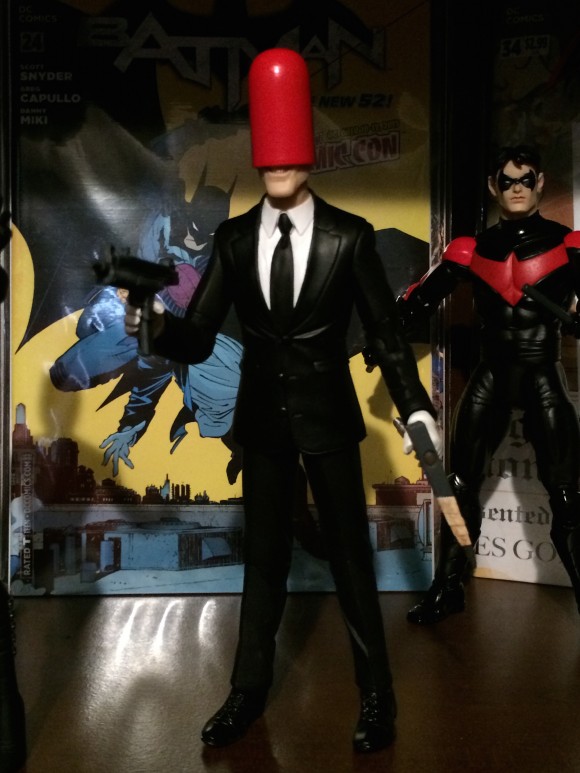 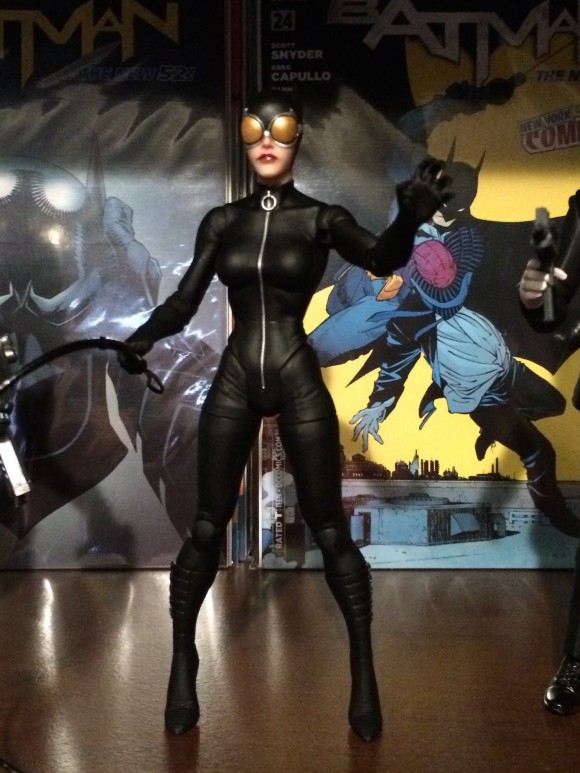 This is where the Capullo line starts to spread out a bit. Selina hasn’t had a big part in the Snyder-Capullo run but I can see why DC would want this line to be as complete as possible: Years from now, people will still be talking about this run like they do O’Neil-Adams and Englehart-Rogers.

This Catwoman‘s good, though she lacks a little personality. It’s the eyes. Originally, she was supposed to come with an alternate head but DC Collectibles obviously abandoned that. It’s too bad.

I do like that she can be positioned well enough to stand on her spiked heels. A lot of women action figures have trouble standing on their own. 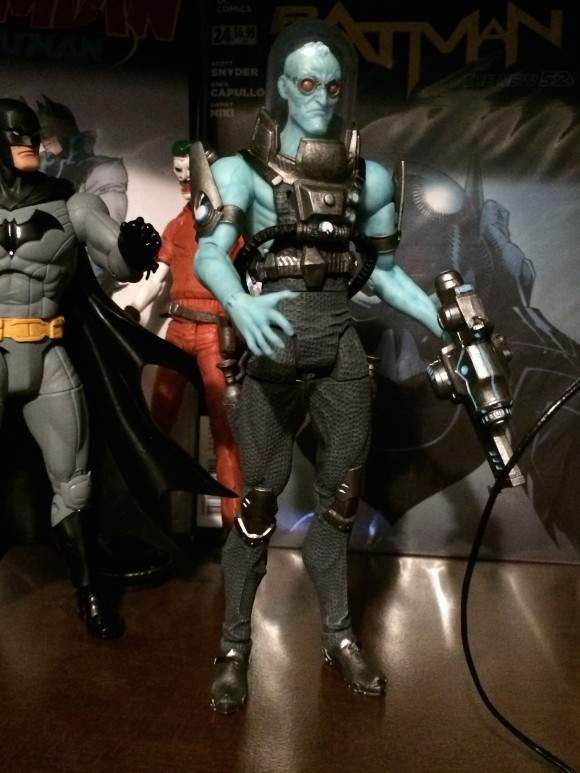 I’m not a huge fan of this redesign. I still prefer my Mr. Freeze bald, thank you very much, and I still don’t understand how a guy who has to live in sub-zero temps can have bare arms and torso.

The figure itself represents the design well, however. The helmet’s removable and of course you get a cold gun.

All in all, it’s a good second wave. But I’m even more looking forward to Wave 3 coming this winter — and featuring Zero Year Batman — which is basically an updated take on Batman‘s first appearance in 1939 — Gordon, Batgirl and Two-Face.