The INSIDE SCOOP on the return of Batman, Superman and the Flash… 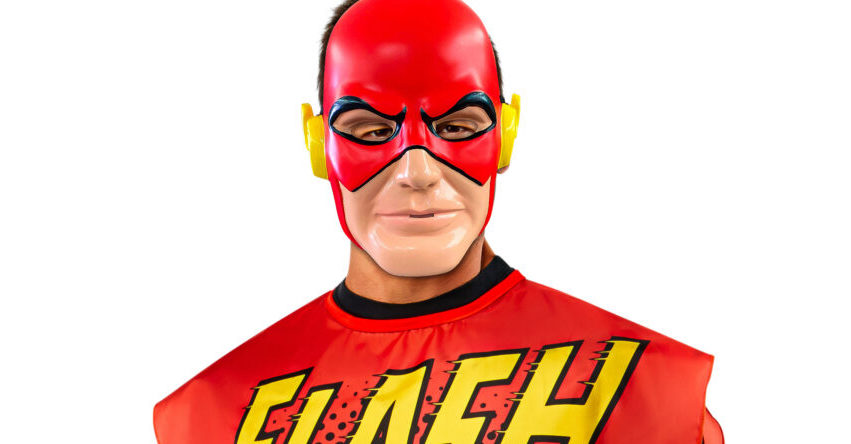 One of the year’s grooviest developments has been the impending return of Ben Cooper’s superhero costumes – for adults.

We brought you the first INSIDE LOOK a couple of weeks ago but now we’ve corralled Joe Petrollese, the global design director for Rubies (which owns the Ben Cooper brand), to give you the scoop on how this all came together.

And there was only one person I would ask to conduct such an interview – Jason Young, who wrote the book on Ben Cooper, An Old School Halloween. 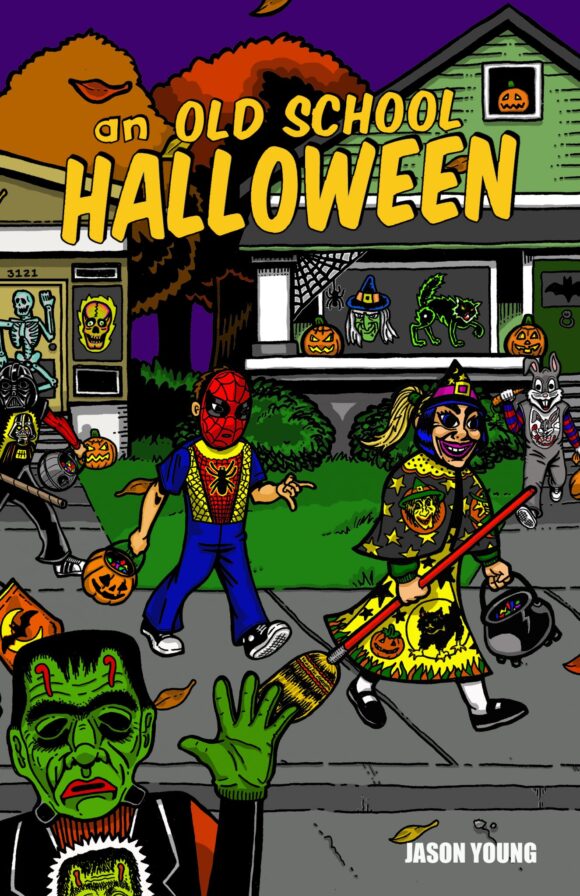 Jason Young: We’re all very excited to see the return of Ben Cooper costumes. Can we begin by you telling us a bit about your position at Rubies and what role you play in this exciting return?

Joe Petrollese: As global design director for Rubies II LLC, I oversee design teams in both the US and UK. I work closely with the designers that are creating and “recreating” Ben Cooper for a new generation as well as the generations that have cherished memories from their childhood.

I remember as a child getting to pick out a Ben Cooper costume at our local toy store. One year. Ben Cooper introduced light up versions. I had to have the hobo clown with a light bulb in the nose. The wire ran down from the mask into the costume connected to a large battery pack. At that time, it was state of the art for Halloween costumes. 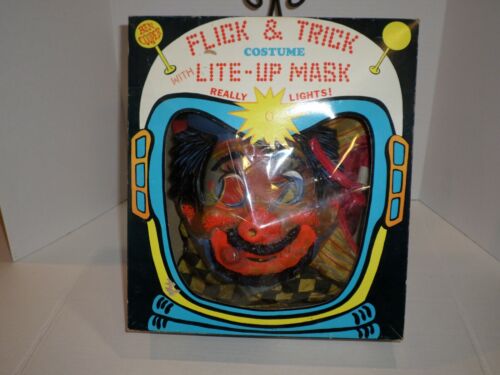 Jason: Obviously Ben Cooper has a long and rich history. Why now? How did the decision to bring back this retro style occur?

Joe: The reintroduction of Ben Cooper was actually spearheaded by Joel Weinshanker. He felt as we all did that it was the right time to reintroduce Ben Cooper. 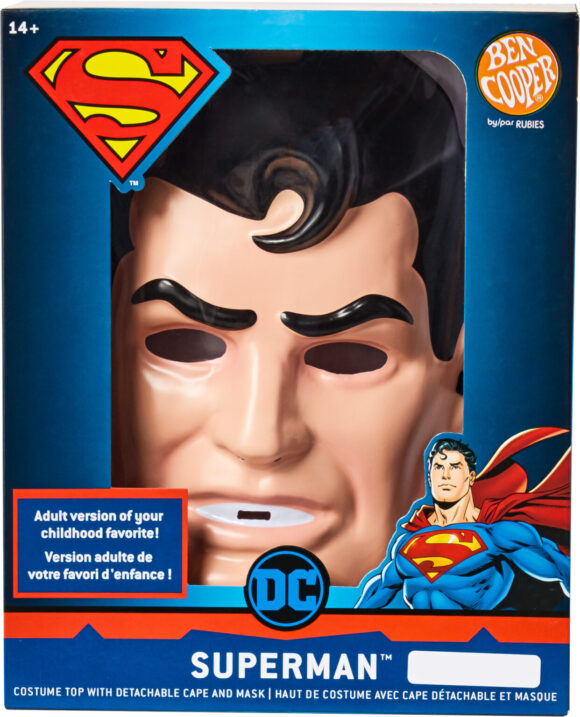 Jason: The designs of these new DC characters are very close to the originals. The Flash mask is clearly patterned after the original, minus the lightning bolt on the forehead. How much were the originals revisited when designing the new costumes?

Joe: We absolutely looked at and studied the originals. The design team didn’t want to veer too far from the originals but knew we needed to add a slightly modern twist for today’s audience.

Jason: Frank Romano was the artist for Ben Cooper for 30 years. Did you ever work with him and do you have a favorite old-time design of his?

Joe: I did not have the opportunity to work with Frank. Sadly, he passed in November of 2021. As a child I always insisted on wearing a Ben Cooper clown. I actually don’t know if Frank designed the Bozo the Clown costume but that’s my all-time favorite. I tried buying an original in box a few years back but lost to a higher bidder on eBay. 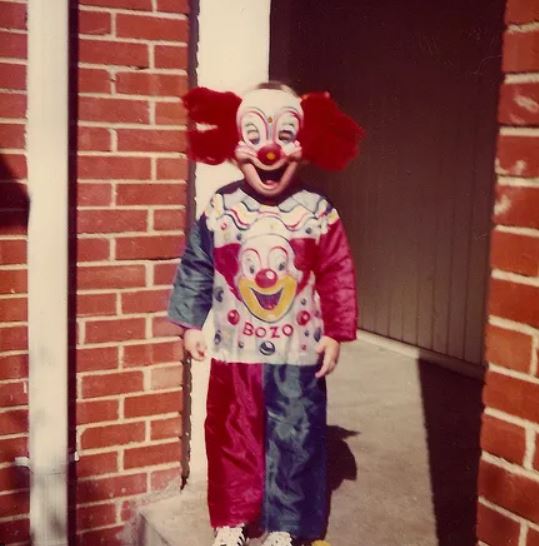 Jason: When I spoke with Frank for my book, he walked me through the process of making those vacuform masks. How has the process changed over the years for sculpting and producing these?

Joe: It all starts with a sculpt. We still sculpt in clay as you can achieve a more retro look and feel. The clay is turned into a mold, which is then what the vacuform mask is made from.

Jason: I really like the approach of same concept with a modern take. Fans are clamoring for monsters in this style. Any chance we’ll see future releases with the original artwork? A Creature From the Black Lagoon or Frankenstein would be amazing.

Joe: We have several monsters currently in development. The fans will have to wait till we unleash them on the world. 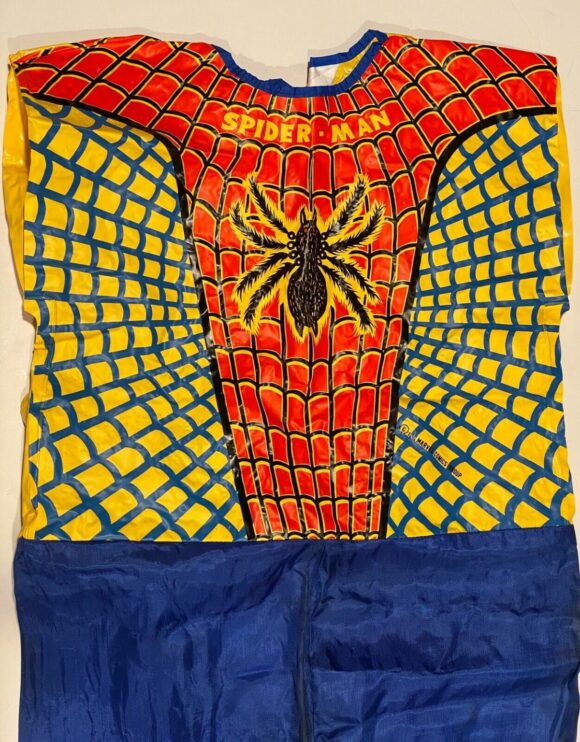 Jason: So, after the DC costumes fly off the shelves, what’s next? What about Marvel? Spidey with a bright yellow chest would be great!

Joe: All great ideas but you’ll have to wait and see what the design team has in store.

Jason: If you could do retro style costumes of anyone, who’d you want to make?

Joe: I would definitely bring back Bozo the Clown. However, if you’re looking for someone that Ben Cooper didn’t do, then I would do The Golden Girls. They would make an amazing group costume as well as individual ones. 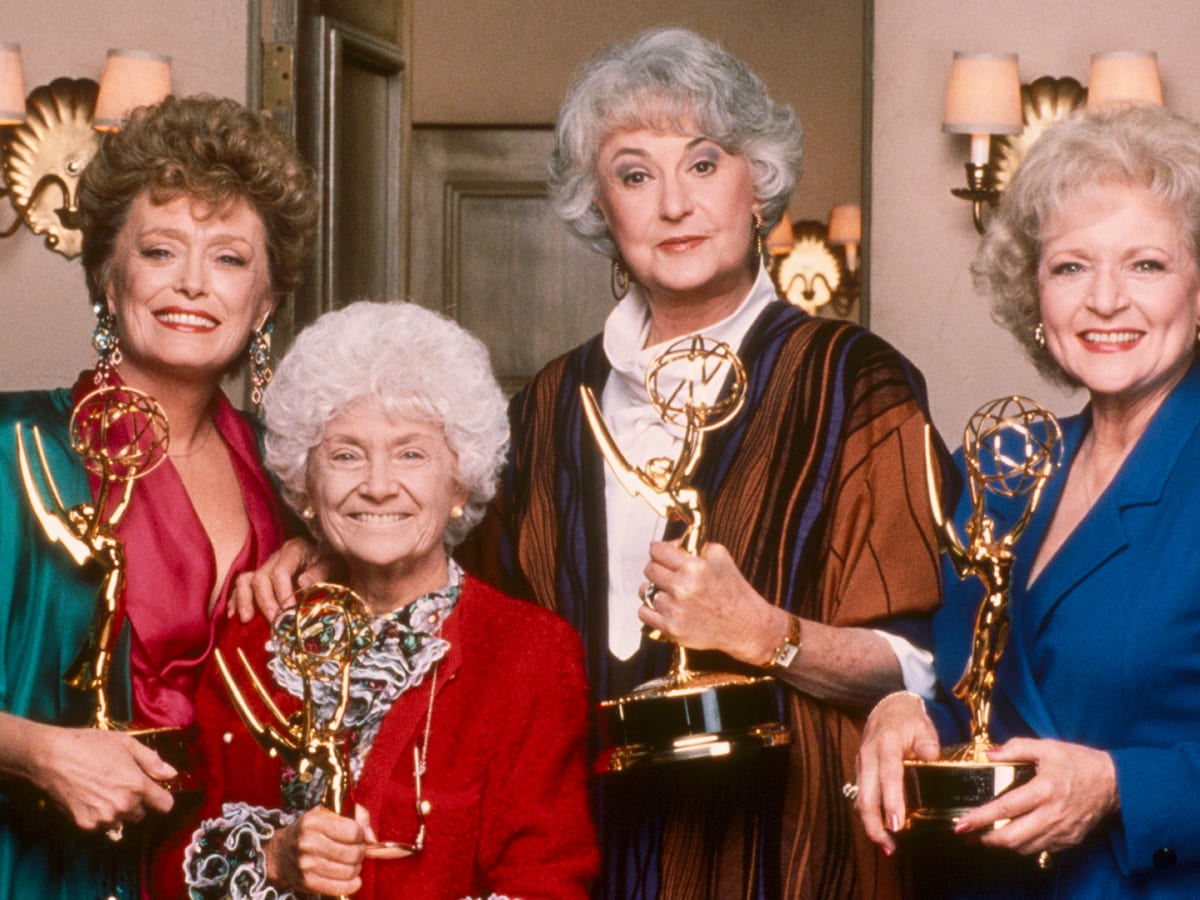 Jason: Where and when can we get our hands on these new Ben Cooper costumes?

Joe: They’ll be available this Halloween exclusively across all Spirit Halloween stores.

Jason Young loves what you love and writes books about it — The Wonderful Artwork of Wax Wrappers, An Old School Halloween and Power Trip (about Power Records). His next project is a book on groovy coloring books of the past. Check out his Oldtimes Blue Ribbon Digest website here.