REVEALED! Evidence That RICHIE RICH Grew Up to Be One of Comics’ Greatest Villains

Home » COMICS HISTORY » REVEALED! Evidence That RICHIE RICH Grew Up to Be One of Comics’ Greatest Villains

Seriously! Or, maybe not… 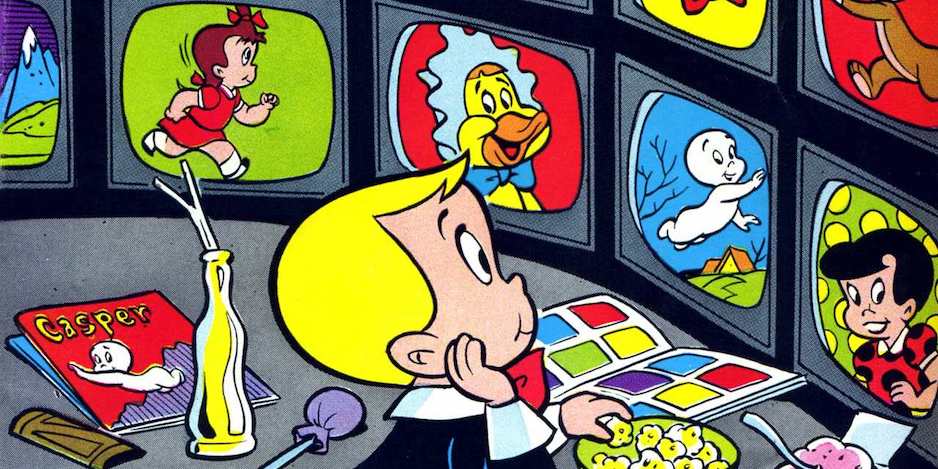 As so often happens, I was meandering the highways and byways of the comics internet when I stumbled on an old Richie Rich cover that was — as so many were — equal parts clever and grotesque in its excess. 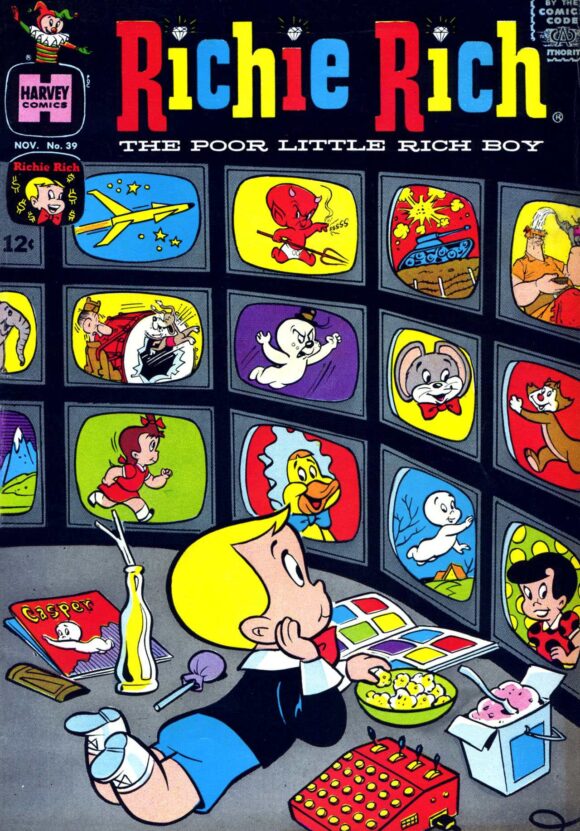 … which includes this one-page gag: 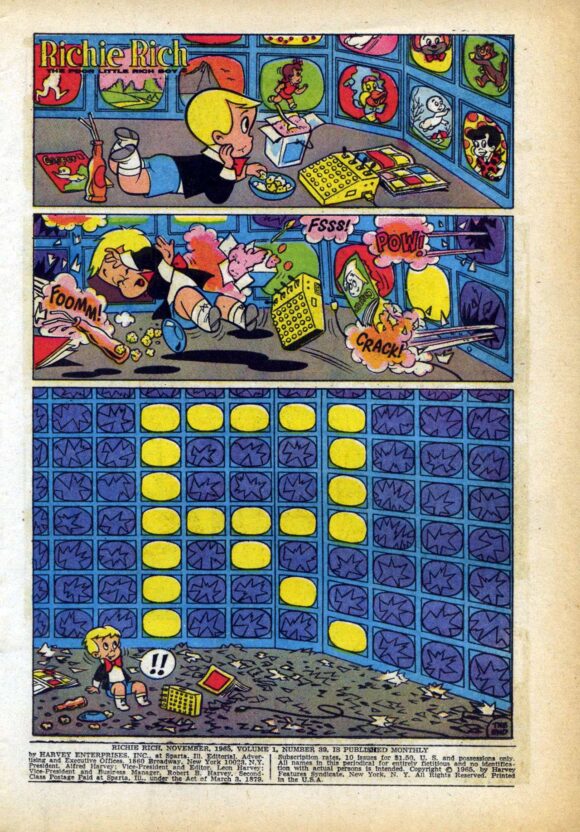 It’s almost as if a greater power were at work, a being that was sending a warning to young Richie that his self-indulgent hubris might have devastating consequences.

Because when I saw that cover, I immediately thought of Watchmen #10: 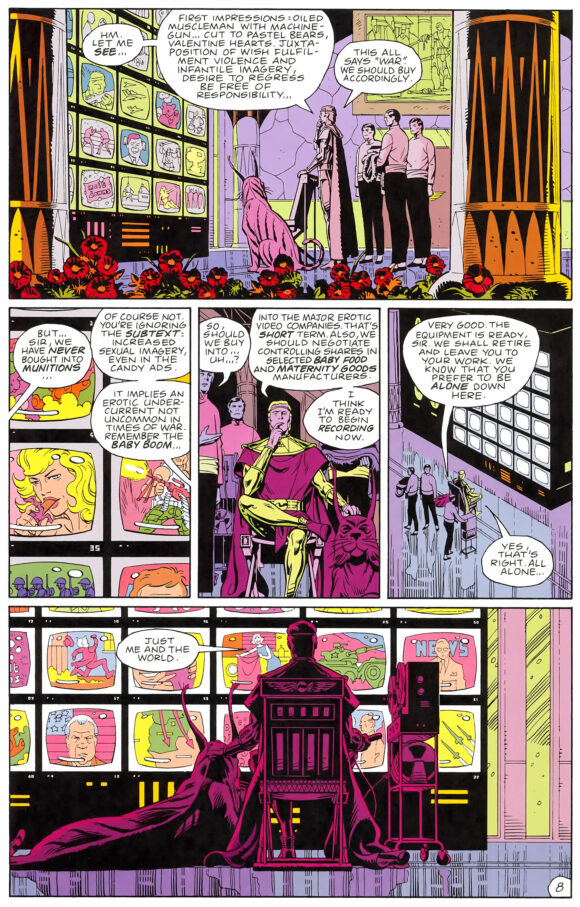 Yep. The way I figure, over the next 20 years, in an effort to avoid the all-seeing eye of the erstwhile Dr. Jon Osterman, Richie began using his middle name and his mother’s maiden name and started calling himself Adrian Veidt.

Or Ozymandias, if you prefer.

He even genetically altered his dog Dollar while he was at it.

Anyway, Richie could run but he could not hide: Dr. Manhattan was having none of it by Issue #12: 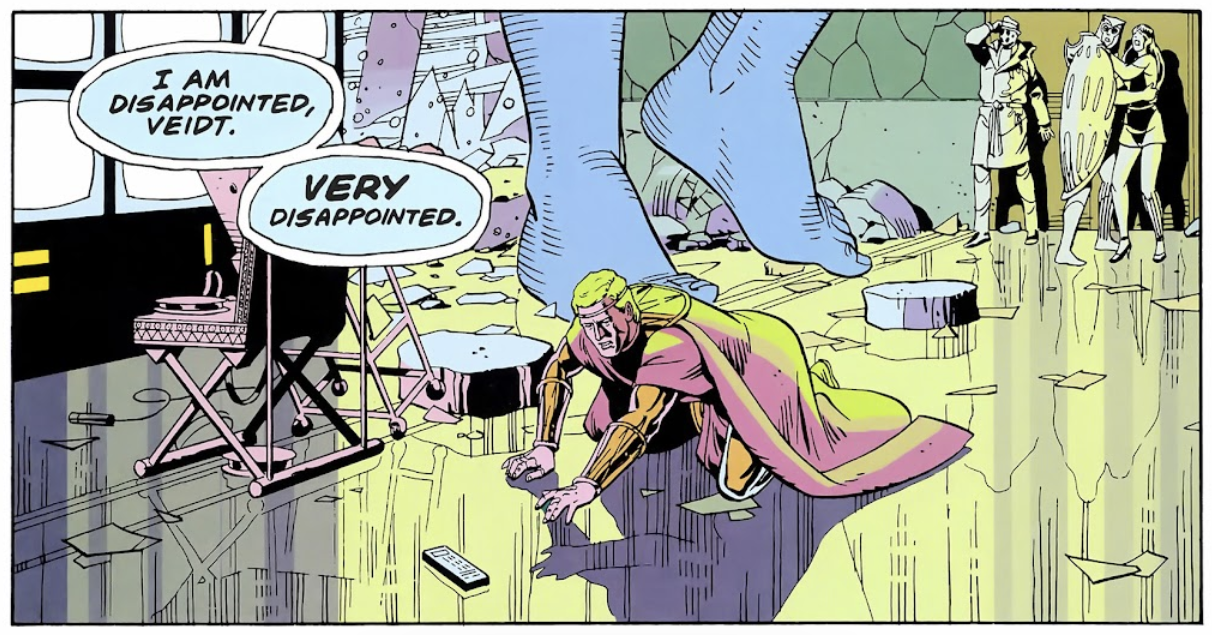 The bastard still more or less got away with it, though.