Scott and Dan — with guest Erik Burnham — hit up the comics racks from 34 years ago!

This week for RETRO HOT PICKS, our guest is writer Erik Burnham (Ghostbusters, Red Sonja) and we’re selecting comics that came out the week of Sept. 2, 1986.

(Keep in mind that comics came out on multiple days back then — as has become the case now. So these are technically the comics that went on sale between Aug. 30 and Sept. 5.) 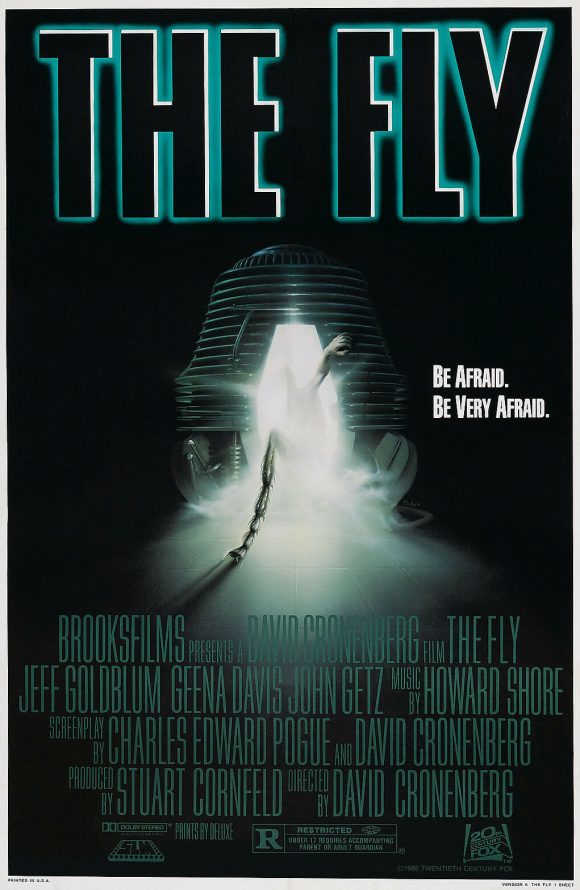 Let’s set the scene, then: Ronald Reagan was president. Stand By Me was the top movie at the multiplex (but you could also catch The Fly, if you were so inclined.) The absolute, without-a-doubt biggest ratings monster on TV was The Cosby Show. Bananarama’s cover of Venus topped the singles chart and Madonna’s True Blue was the biggest album. The mid-’80s in a nutshell, folks.

Watchmen #4, DC Comics. Dr. Manhattan’s origin issue, Watchmen #4 is perhaps the most lyrically beautiful chapter of the series. “All we ever see of stars are their old photographs.” 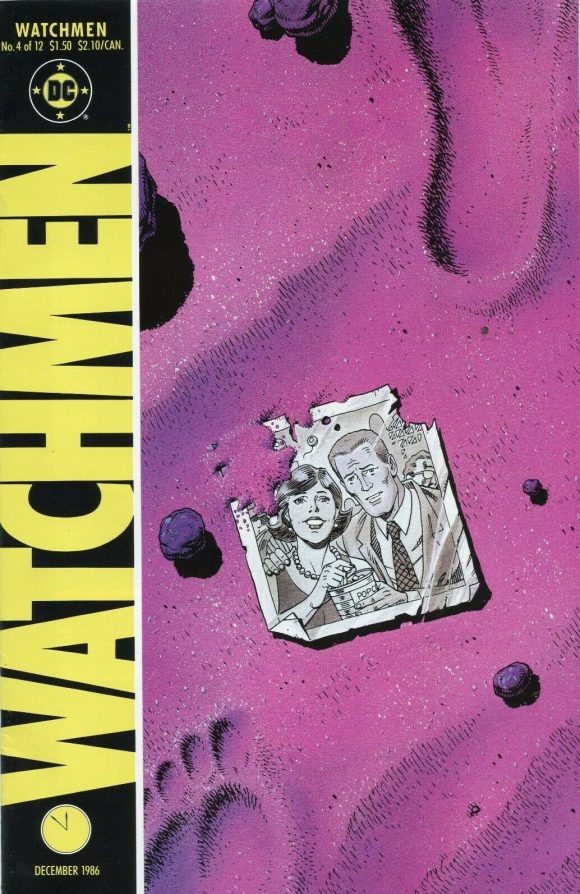 Amazing Spider-Man #283, Marvel. If you wanted to make sure I bought a comic book in the late ‘80s, just put Absorbing Man and Titania on the cover. One of my favorite comic-book couples of the time. 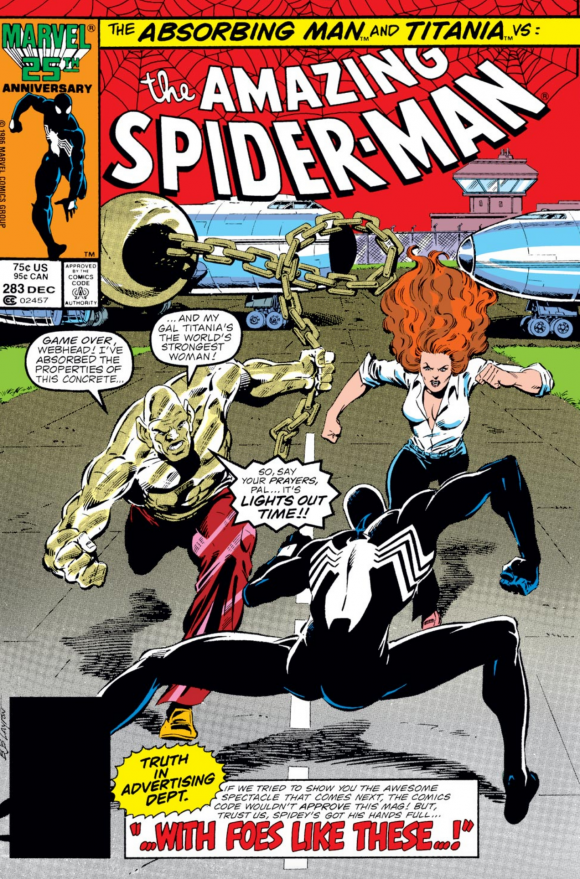 Tales of the Teen Titans #72, DC Comics. One of the weird things about DC’s dual publishing program for their Titans books back in the day was that one series was set nearly a year before the events of the other. Which resulted in this Crisis on Infinite Earths crossover coming out almost six months after Crisis ended. Not that it mattered; DC had such a grip on me back then that anything Crisis was a guaranteed purchase. 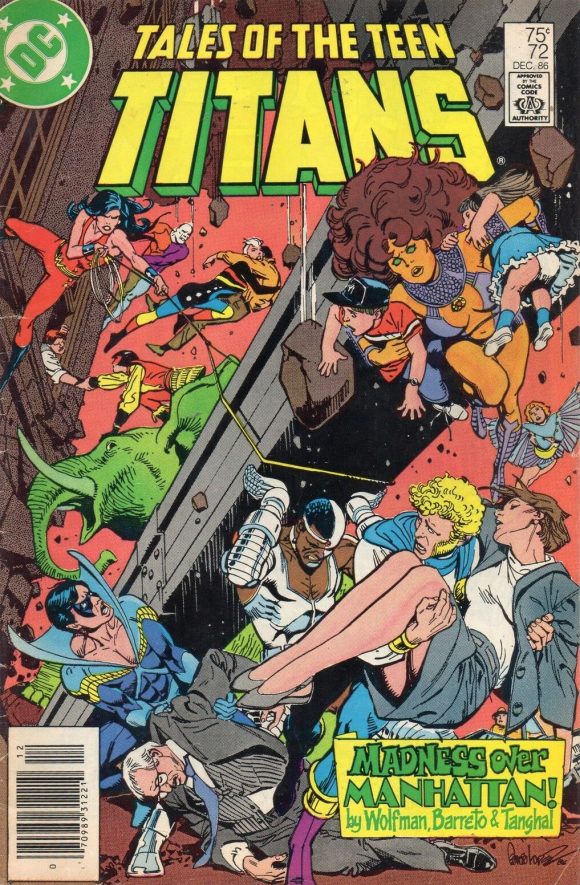 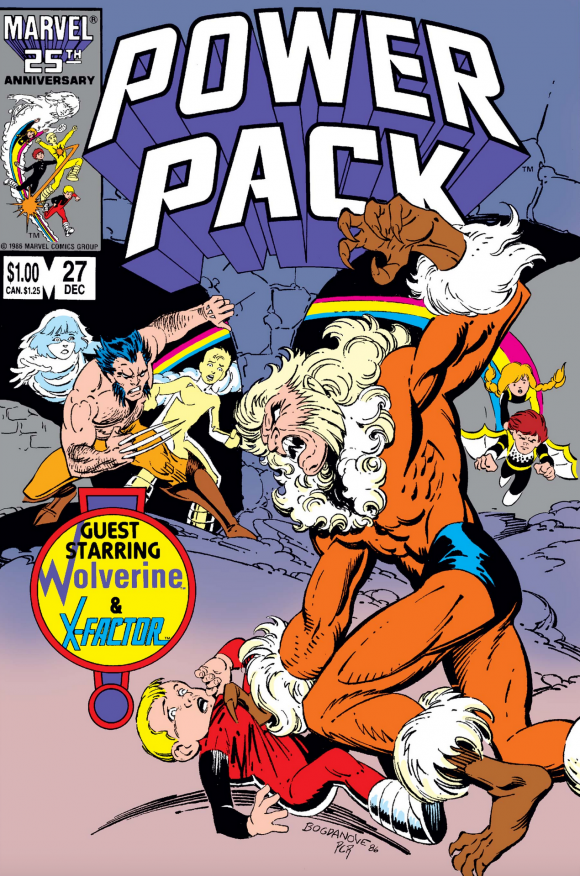 Erik adds: Louise Simonson and Jon Bogdanove would grab my attention again a few years later on Superman, but this is where I first saw their work together. Most memorable to me (still) is the Ditko-like single-panel rendering of Jack Power using new-to-him gravity powers in a very Spider-Man-like way. I’m a mark for those kinds of panels…

Ah, the ’80s. I lived near no comic shops, and the newsstand was an unreliable venture… but by the strangest coincidence, from a long box of random comics purchased as a birthday gift for me from Shinder’s in Minneapolis, I had several of these comics.

— The hand of fate has clearly aided my participation in this column, and it starts with Marvel’s Doctor Strange #80. I would’ve reached for this off the rack — what a cover! Strange’s body taken out and his astral form trying to salvage the situation (the story inside goes a different way, but I always love it when medicine and mysticism properly mingle in this book.) 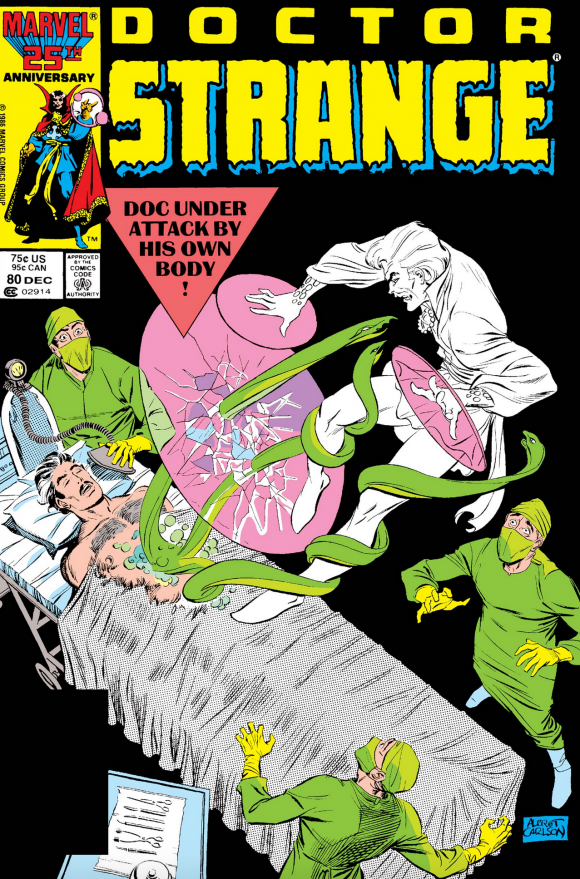 — Continuing alphabetically… Green Lantern Corps Annual #2! To be fair, the story I remember best is probably the story everyone remembers best from this book — Alan Moore and Kevin O’Neill’s contribution. They’d done a lot of great Corps shorts for DC, but this one involved planting a seed of doubt in Abin Sur’s mind. If you’ve read the story, you know how this smoothed over a question readers had about Hal Jordan’s origin. If you haven’t, seek it out. It’s a fun time. 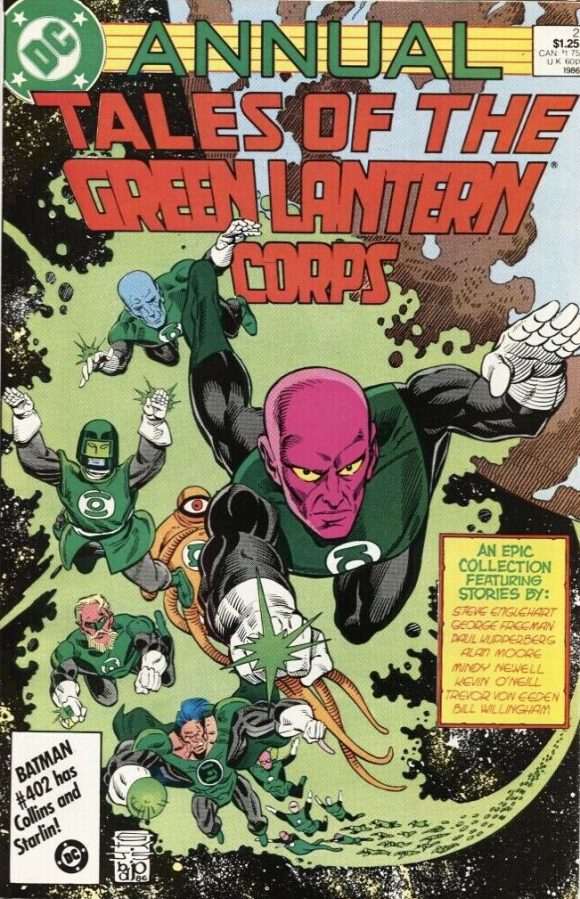 — Lastly, Transformers: The Movie #1, from Marvel. Hey, it didn’t come to my theater and I was as curious as the next guy about what kind of shenanigans the Transformers would be getting up to on the big screen! Man, I kind of miss movie-adaptation comics now… 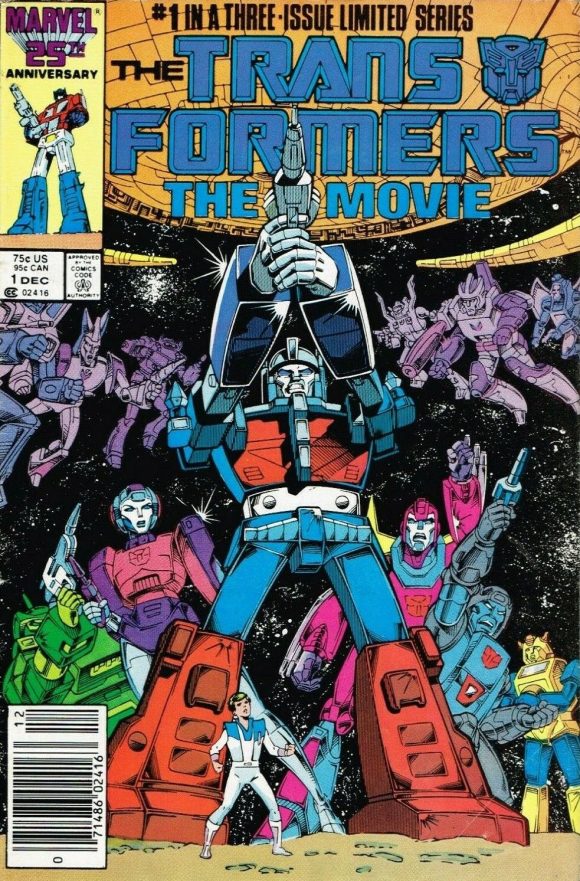 — Amazing Heroes #102, Fantagraphics. An advance feature on Batman: Year One? What, are you kidding? Of course I had to have this. 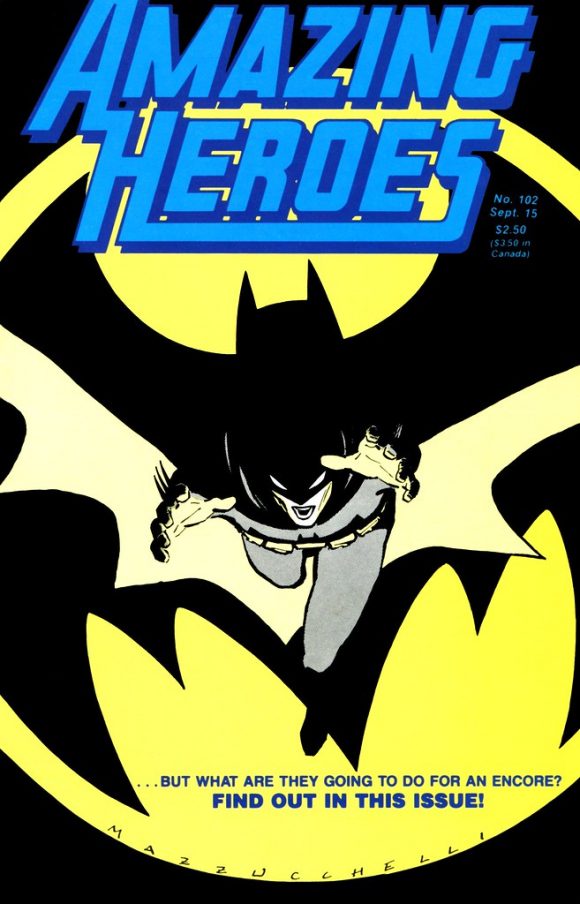