This week for RETRO HOT PICKS, Scott Tipton and I are selecting comics that came out the week of Feb. 16, 1984.

Last time for RETRO HOT PICKS, it was the week of Feb. 9, 1964 — when the Beatles debuted on Ed Sullivan. Click here to check it out.

(Keep in mind that comics came out on multiple days, so these are technically the comics that went on sale between Feb. 13 and Feb. 19.)

So let’s set the scene: Ronald Reagan was in his re-election year. (He’d win in a landslide.) Footloose — which made Kevin Bacon a big star — was the hottest movie in the U.S. of A. (The most charming scene is still Bacon teaching Chris Penn to dance. Not a big fan of the song, though.)

Dallas was tops in the Nielsen ratings. Karma Chameleon by Culture Club led the Billboard 100, but my fave at the time was at No. 8 — Yes’ Owner of a Lonely Heart; I used to drive around waiting for it to come on the radio. The pop culture juggernaut at the time, however, was Michael Jackson’s album Thriller, which was in the middle of a record 37 weeks at No. 1.

New Defenders #131, Marvel. The X-Men-heavy stint of the Defenders lineup was far too brief. 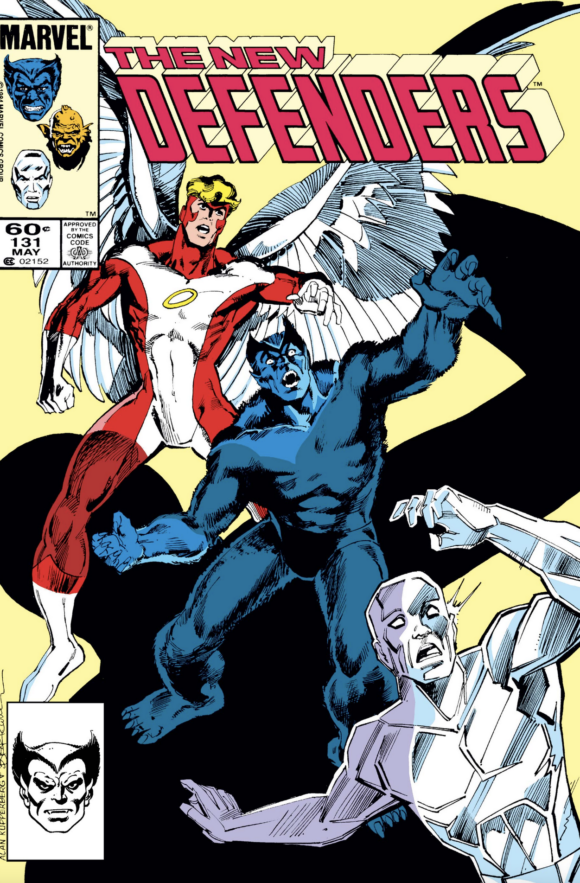 Fantastic Four #266, Marvel. As much as people love John Byrne’s FF run, I don’t think he gets enough credit for his striking covers. 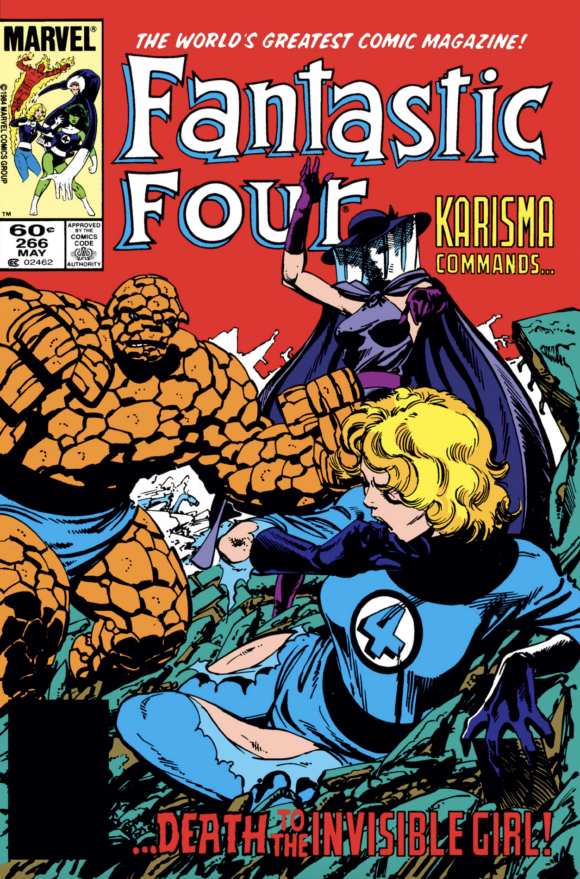 Iron Man #182, Marvel. Everyone thinks “Demon in a Bottle” when they think drunk Iron Man stories, but Denny O’Neil’s later handling of the issue was much more grounded and harrowing. 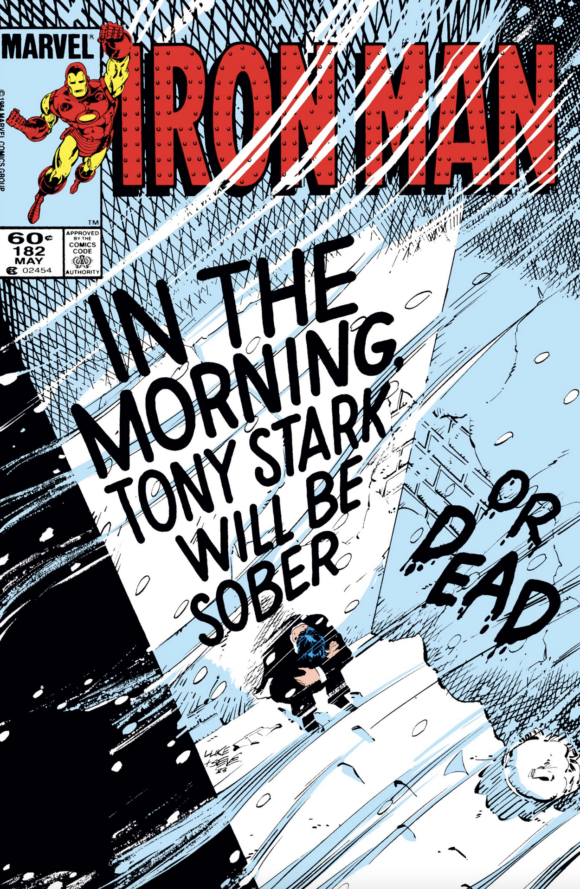 Peter Parker, the Spectacular Spider-Man #90, Marvel. For my money, the Spidey/Black Cat romance in the pages of Peter Parker was one of the more compelling story arcs in comics in the ‘80s. 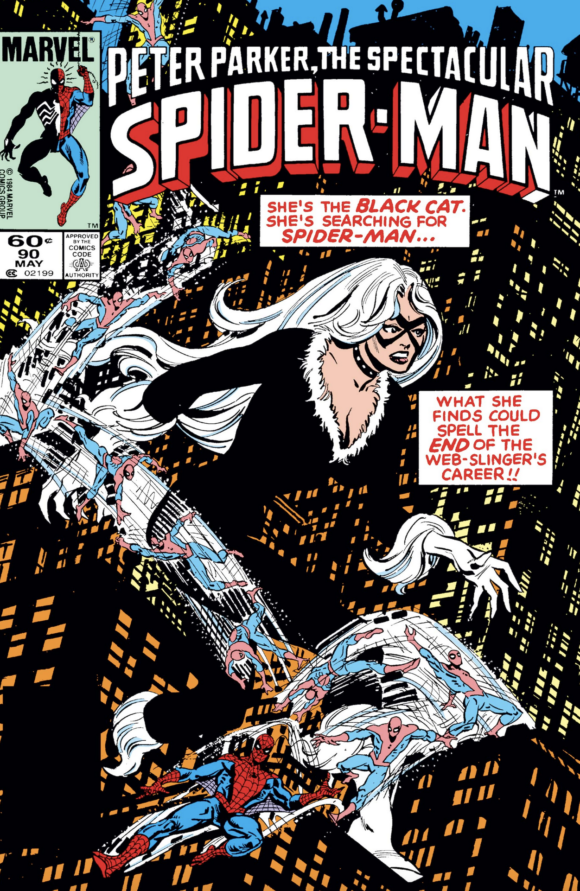 Supergirl #19, DC Comics. This was funny: DC Comics changed Supergirl’s costume and gave her a headband at the request of the producers of the then-upcoming movie, then at the very last second the producers changed their mind and got rid of the headband. Whoops. 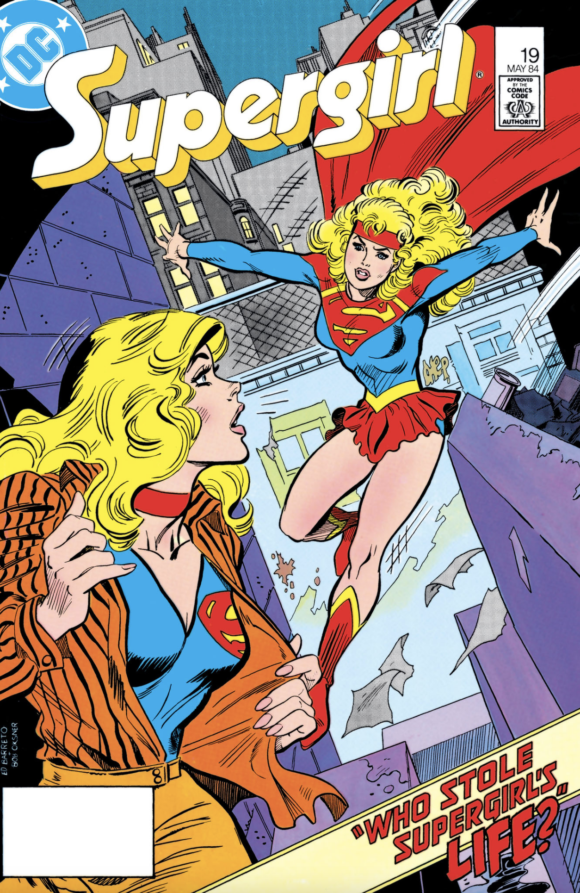 Blue Ribbon Comics #7, Archie. The Archie superheroes have just never held on with any consistency, despite many tries over the years. It’s too bad, because there’s something special about characters like the Fly, the Shield, the Fox and so on. 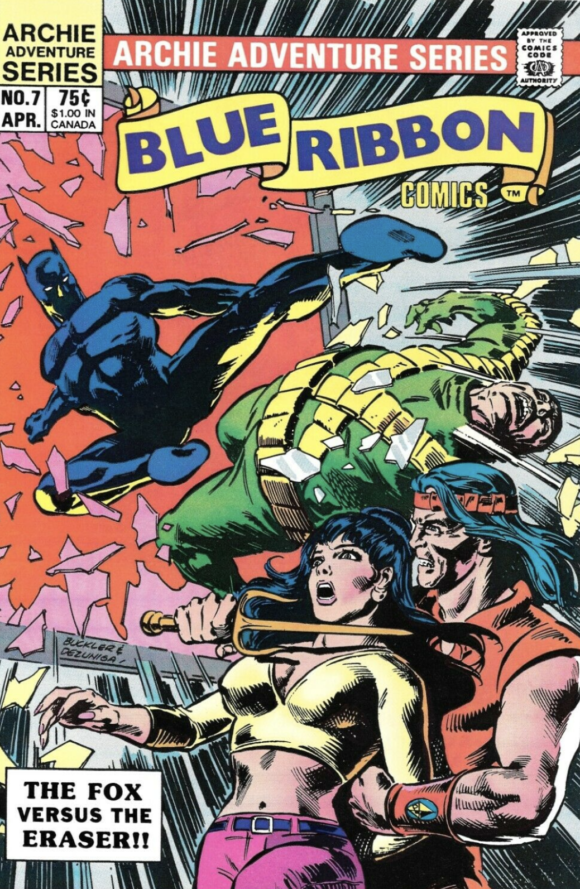 Amazing Heroes #41, Fantagraphics. I was an Amazing Heroes devotee — and this baby featured Wayne Boring’s Superman on the cover. How cool is that? 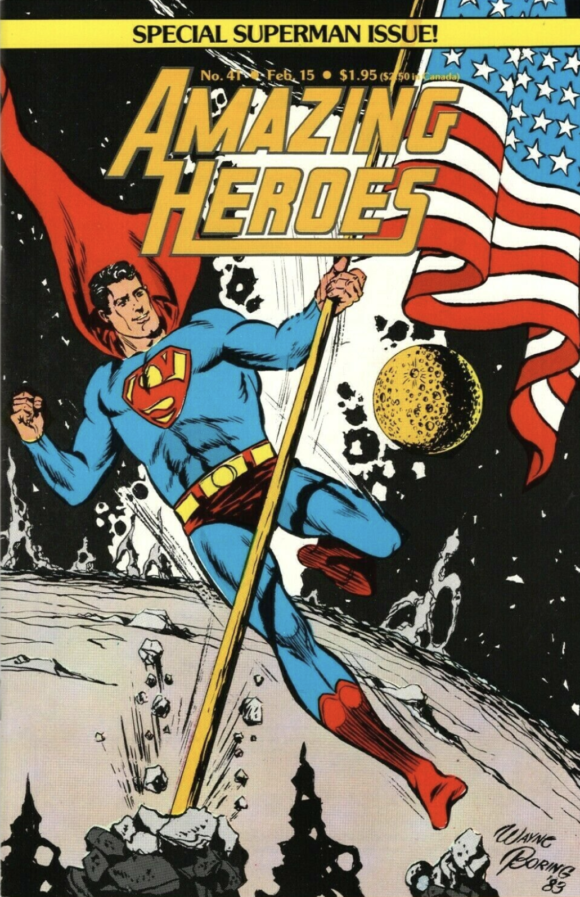