This week for RETRO HOT PICKS, Scott Tipton and I are selecting comics that came out the week of Dec. 14, 1982.

(Keep in mind that comics came out on multiple days, so these are technically the comics that went on sale between Dec. 11 and Dec. 17.) So, let’s set the scene: Ronald Reagan was in his first presidential term. The Richard Pryor vehicle The Toy topped the box office, but it would be quickly supplanted by Dustin Hoffman’s Tootsie, which was released Dec. 17.

You did catch the Mego display behind Pryor, right?

CBS had a stranglehold on the Nielsens, with four network shows leading the ratings — Dallas, 60 Minutes, MASH and a special hosted by Robin Williams, E.T. and Friends: Magical Movie Visitors, which cashed in on 1982’s E.T.-mania.

The top single on the Billboard 100 was Hall & Oates’ Maneater, which I never liked. I did like other songs of theirs but this one rubbed me the wrong way from the start. I’ll take the No. 2 song any day — Mickey, the kinda-sorta novelty song by Toni Basil that features one of the most infectious hooks in pop music history. And one of its goofiest videos:

Meanwhile, two very of-the-moment LPs led the album charts — Business As Usual, by Men at Work (No. 1) and Built for Speed by Stray Cats (No. 2).

Batman #357, DC. The first appearance of the original Jason Todd. The one I liked. The one who shouldn’t have been discarded after Crisis. The one who had loads of story potential that was never fully realized because of said Crisis. The one who might have survived the call-in vote years later because he was at least likeable. (Though the fans were so bloodthirsty by that point, he probably would have been offed too.) 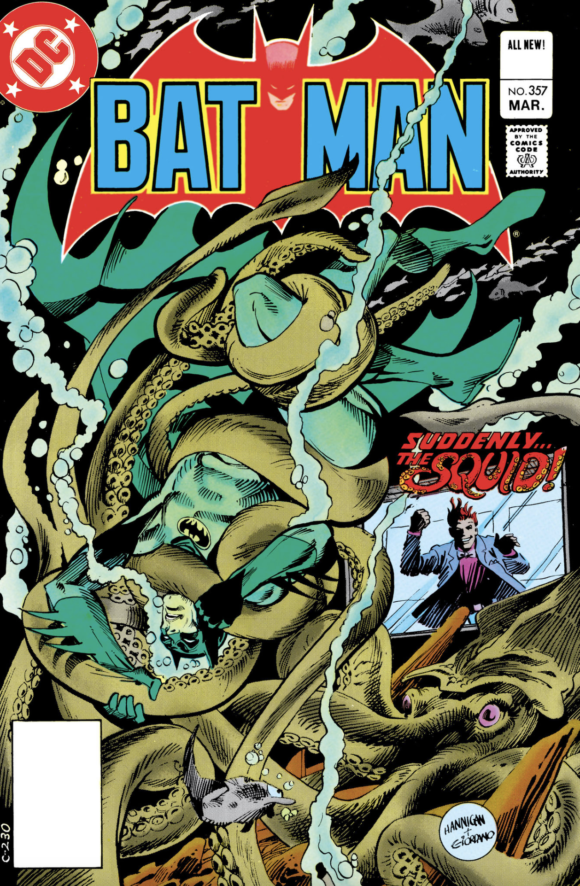 Fantastic Four #252, Marvel. A bold horizontal cover by John Byrne. What’s not to like?

Official Handbook of the Marvel Universe #3, Marvel. If only I were a Marvel reader back then. Woulda snapped this whole series up just like I did a couple years later with DC’s Who’s Who. 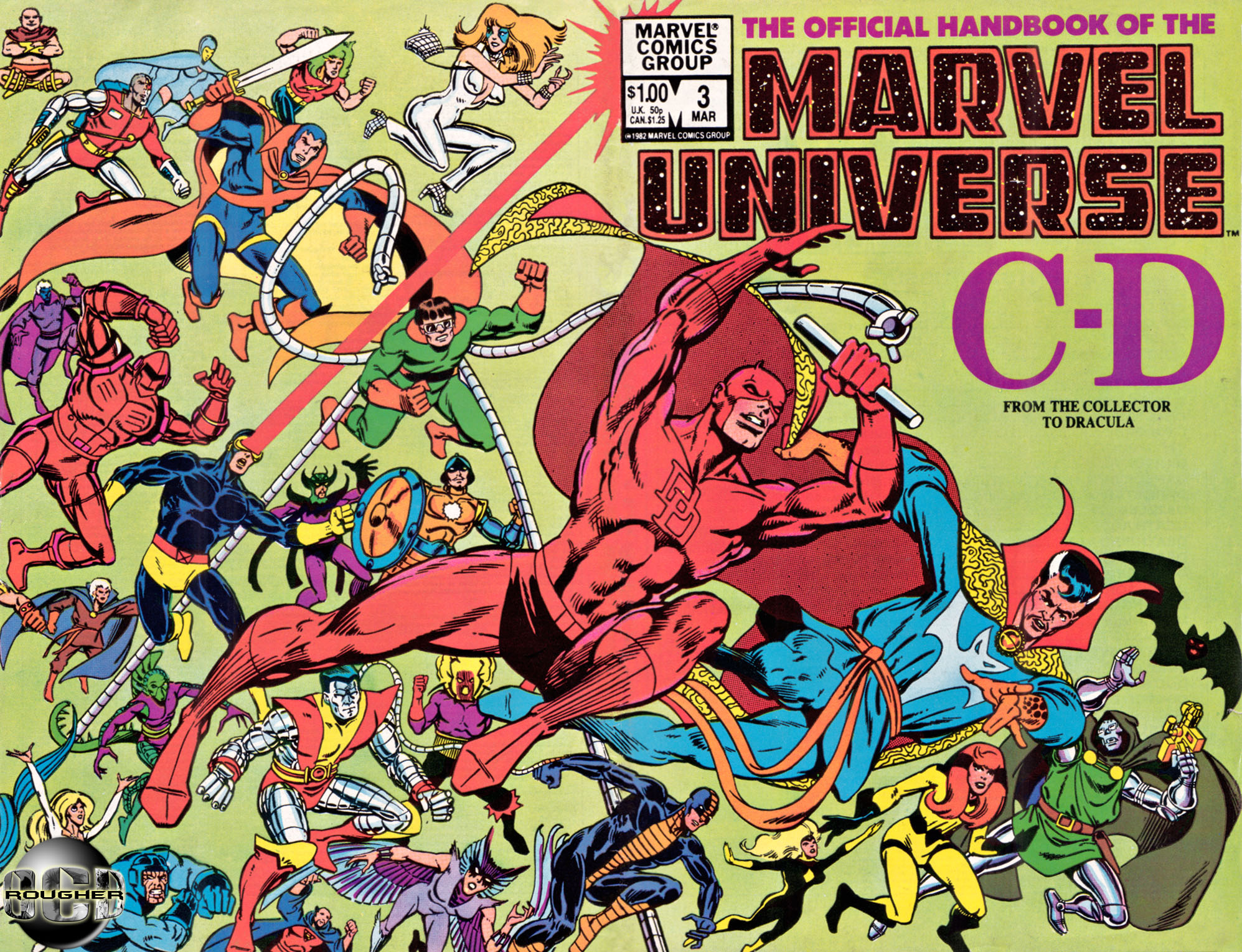 Peter Parker, the Spectacular Spider-Man #76, Marvel. Black Cat’s near-death at the hands of Doc Ock had me on pins and needles way back when. 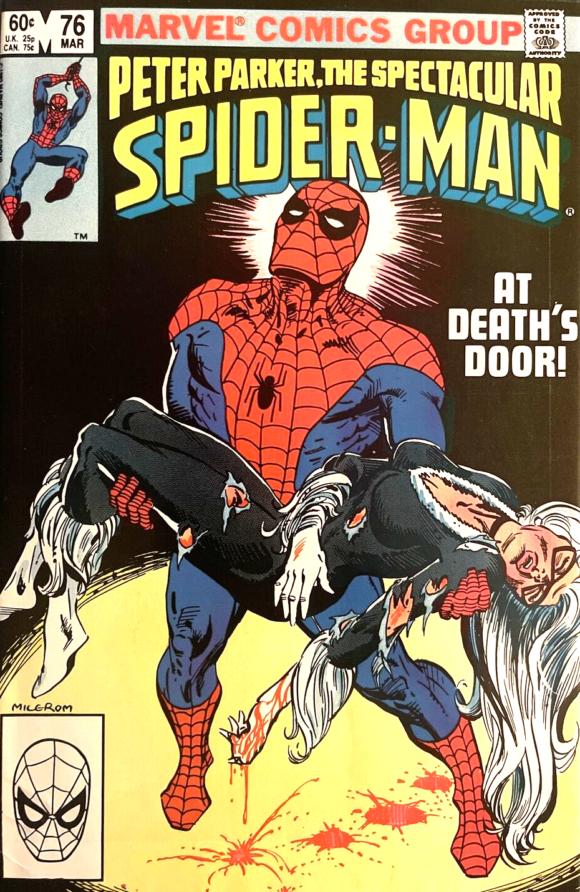 The New Teen Titans #29, DC Comics. As happy as I was to see old-school Teen Titan Speedy back, the Brotherhood of Evil always left this reviewer cold. Great Perez cover, though. 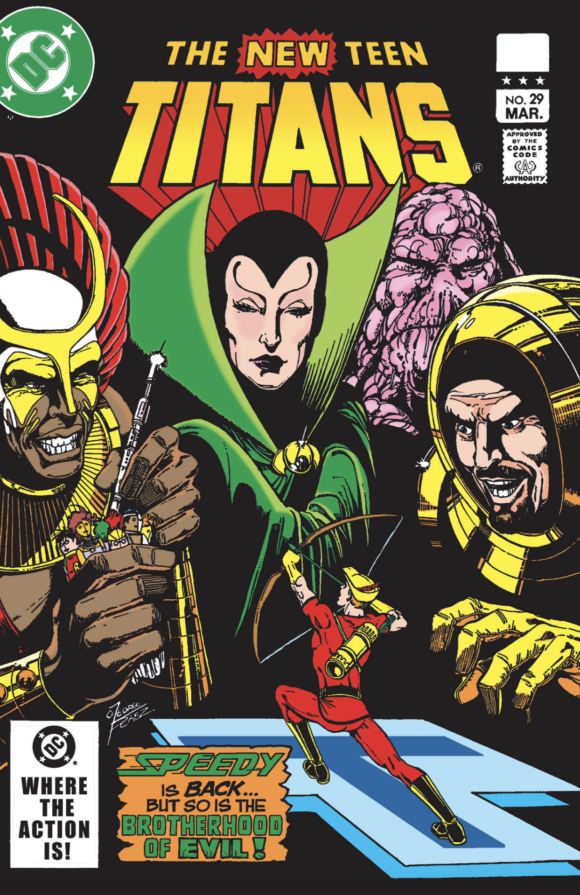 Dan adds: It goes without saying how great this series was. But what was most memorable about this issue in retrospect was that Terra would officially join the team in the next issue.

The Defenders #117, Marvel. As a kid, I thought writer J.M. DeMatteis’ Over-Mind stories were some trippy stuff. 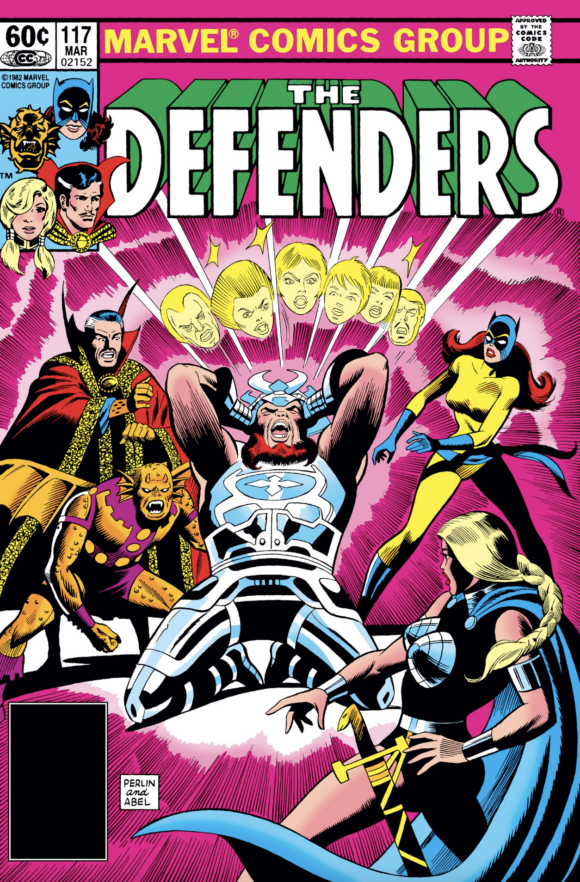 Marvel Team-Up #127, Marvel. The Watcher shows up in his festive holiday green robes… 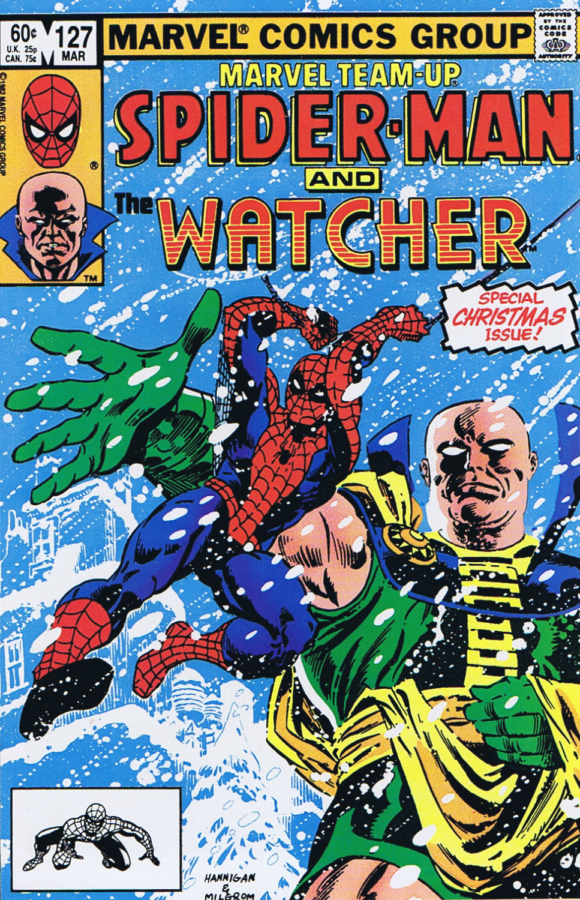