We also wanted to make sure our first guest was particularly special, so we invited former president and publisher of DC Comics Paul Levitz to join us. His perspective is certainly unique.

Levitz in 1973 was just getting into comics professionally, but was best known at the time for running The Comic Reader, the respected news fanzine. 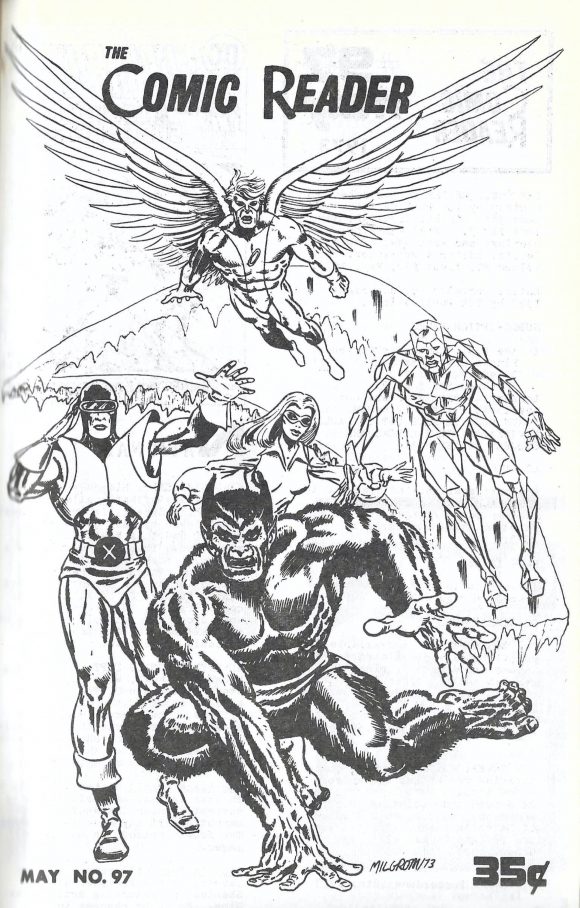 So let’s set the scene: Richard Nixon was president but the Watergate investigation was in full swing. Roger Moore was making his debut as James Bond in Live and Let Die, which of course was a box-office hit. All in the Family dominated the airwaves. And two former Beatles were at the top of the Billboard 100: Paul McCartney and Wings with My Love, and George Harrison with Give Me Love. 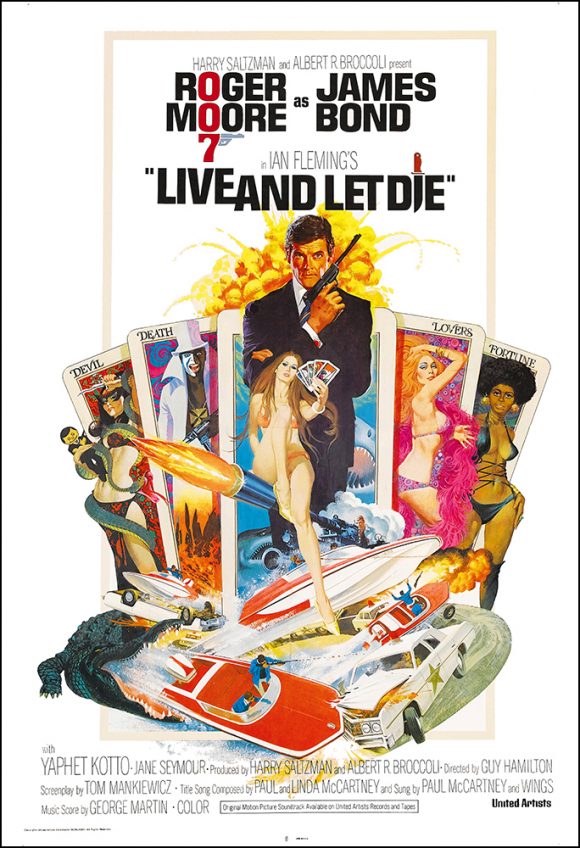 So I consulted The Comic Reader #97 (beautiful X-Men cover by Al Milgrom, edited and published by, oh, me) for the listings for this week in 1973, and what a lovely week it was. Comics people are still talking about today, almost 40 years later. There was an important change in the destiny of my favorite series, and so many great talents at work.

Batman #251, DC. The Joker’s Five Way Revenge! by Denny O’Neil and Neal Adams. To quote my own listing: “No adjectives needed.” 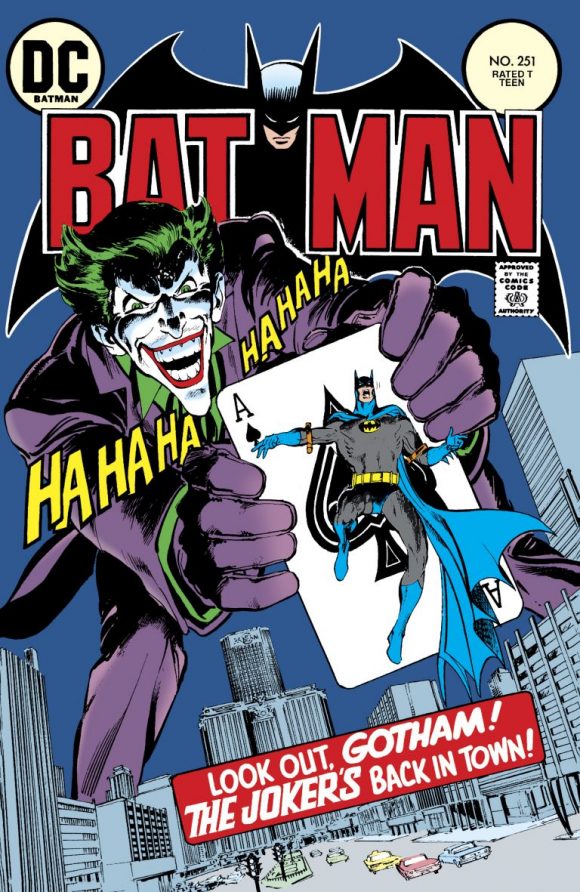 Dan adds: The greatest single Batman issue ever. I’ve written so much about it, I have very little left to say. But I do remember that I got this when it came out while I was just a nubbin. School was out and my grandparents took us to Disney World and I got this on the trip. I remember riding in a darkened car, trying to read the issue as the street lights went by. It made that opening splash page that much more memorable, that’s for sure. 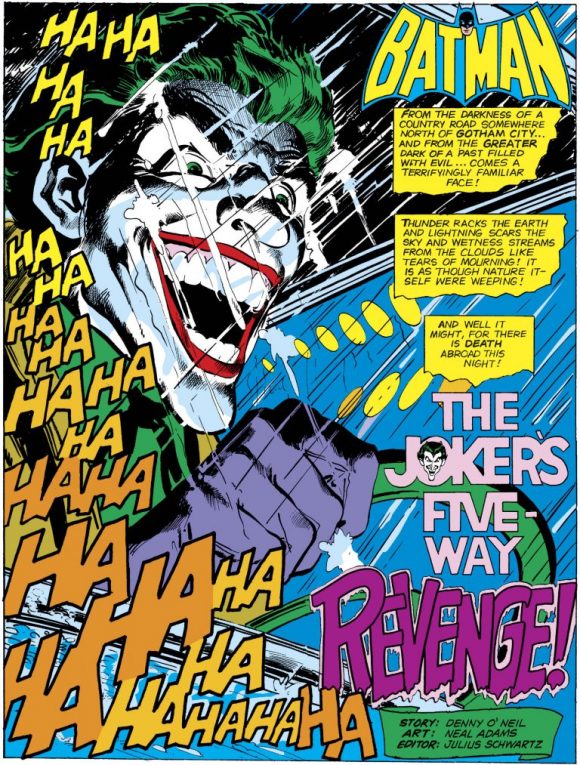 Scott adds: Such an important issue, and a little bittersweet to see what with the passing of its writer, Denny O’Neil, only last week. This issue highlighted O’Neil and Neal Adams’ return to a darker, more serious Batman, which revolutionized the character for decades to come. Would anyone still be thinking about Batman without issues like this and these creators? Would there even be a DC Comics? Food for thought.

Savage Tales #2, Marvel. The beginning of Red Nails by Roy Thomas and Barry Windsor-Smith, possibly the high point of that great collaboration. 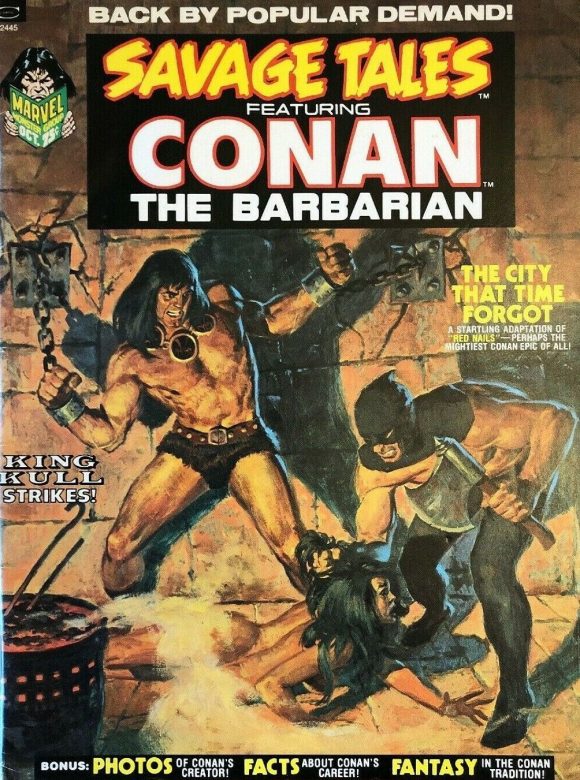 Superboy and the Legion of Super-Heroes #197, DC. The first issue with the Legion getting cover billing and becoming the lead, re-establishing them as an important part of the DC Universe, courtesy of Cary Bates and Dave Cockrum. 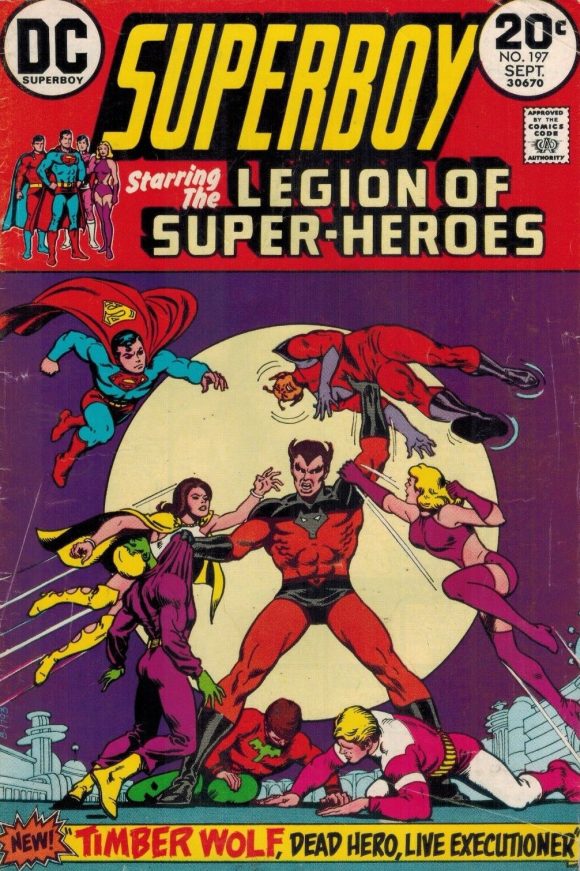 Jungle Action #6, Marvel. Black Panther pushes some decrepit reprints out of this title and Panther’s Rage was Don McGregor’s first superhero story. Who would have guessed the ripples from it decades later? Art by Rich Buckler and Dan Adkins. 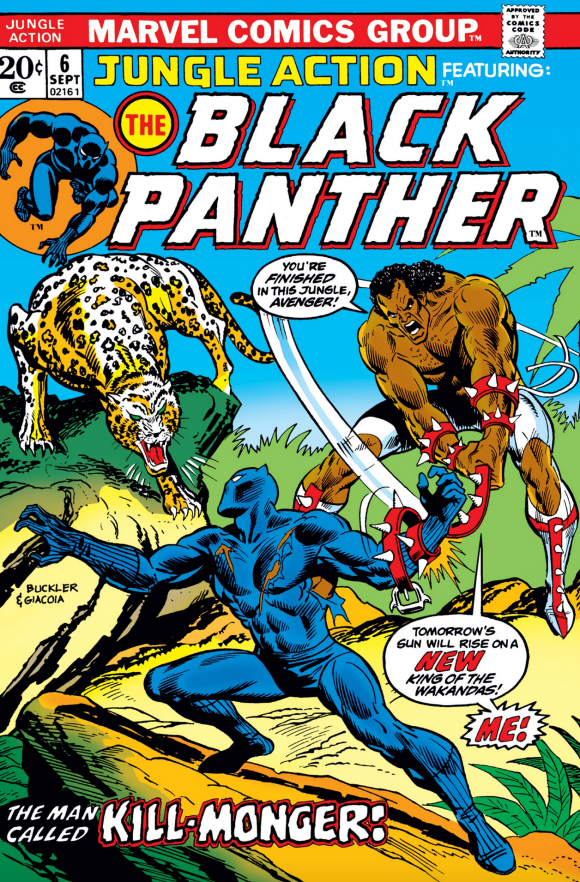 And even with these selections, we’re ignoring work by Kirby, Colan, Brunner, Beck, Kubert, Chaykin, Simonson, Wolfman, Conway and even one of the last stories by Fox. What a good time to be a comics fan!

Plop! #1, DC. I’m fairly certain I had this too but at 6 that Basil Wolverton cover was really unsettling. It’s probably worth going back and reinvestigating this series. 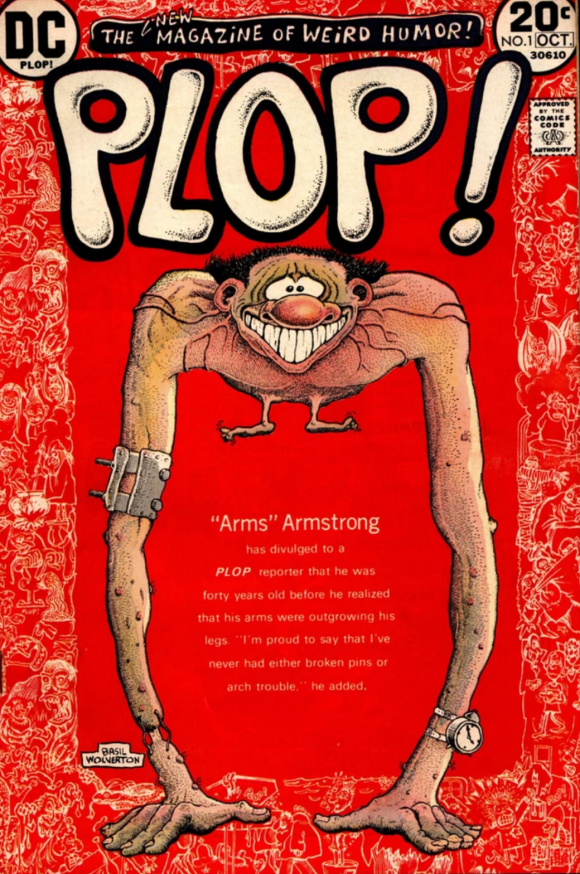 Paul adds: A new (and ultimately short-lived) series from DC, but what a line up to launch: Aragones, Wrightson, Wolverton, Mayer, Alcala, Evans and more.

Scott adds: An attempt by DC to start their own in-house knockoff of Mad magazine, I think the only time I ever saw an issue of Plop! was on a family trip to Canada, where it sat in a stack of comic books at our cousins’ house. I was little and the cover freaked me out, so I didn’t read it. Once conventions come back, I gotta track down some issues…

Marvel Team-Up #13, Marvel. Spidey was my favorite Marvel character thanks to the groovy cartoon and by the end of the year, Cap would be in that mix too, since Mego released figures of each. That aside, dig this creative team: Len Wein, Gil Kane and Frank Giacoia. Nice. 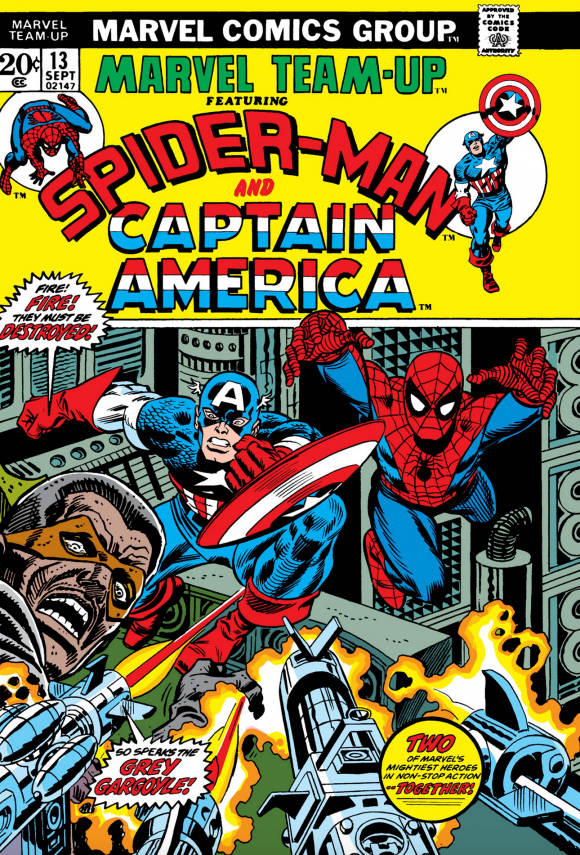 The Defenders #8, Marvel. I always forget that Hawkeye had a small stint as a Defender. In fact, this issue sets up the Avengers/Defenders War, in which Hawkeye found himself on the wrong side, against the Avengers. Come to think of it, that happened to Hawkeye a lot. (By Steve Englehart, Sal Buscema and Frank McLaughlin.) 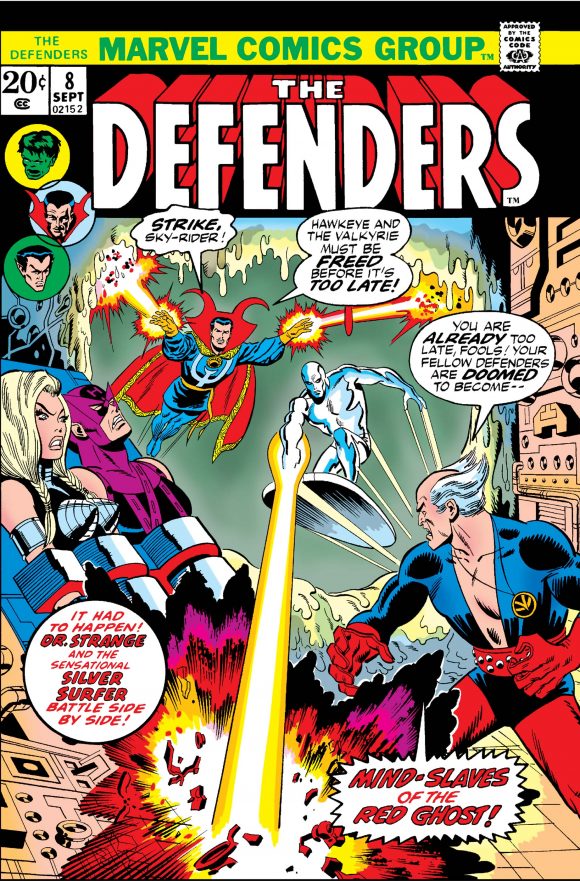 Captain Marvel #28, Marvel. Here we have one of the earlier Thanos appearances courtesy of his creator Jim Starlin, when the character was really starting to get some traction as a top-shelf Marvel villain. 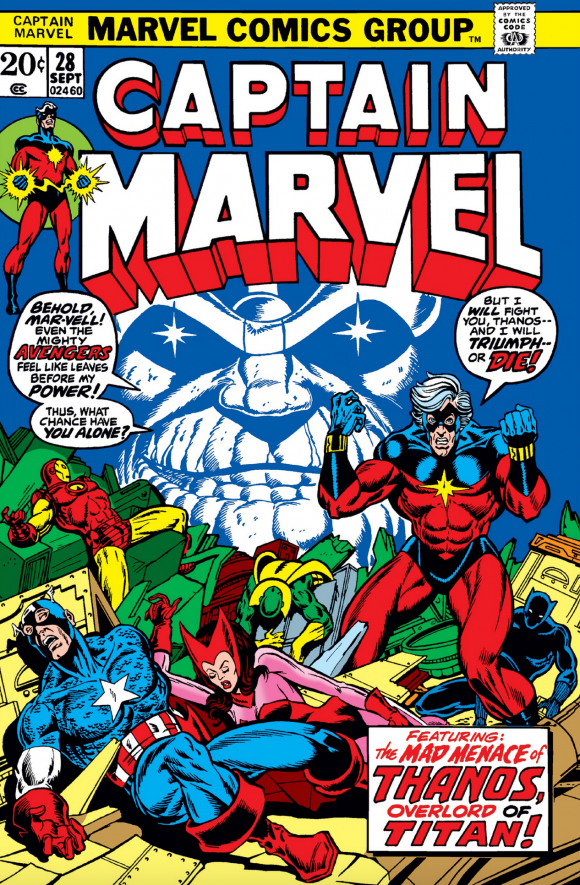