You’ve got the Azarian collection, featuring Adam West and Burt Ward’s Batman ’66 costumes going up for sale. You have the recent sale of Neal Adams’ original art for the cover of 1973’s Batman #251 for $600,000. (Click here for more on that.)

Now, deep-pocketed collectors have a couple more choices for their well-appointed collections, namely a Superman cape worn by Christopher Reeve in the original 1978 movie and a jacket worn by William Shatner in Star Trek II: The Wrath of Khan — the greatest Trek story ever told.

Julien’s Auctions in Los Angeles has these goodies and more going under the hammer Dec. 16, but dig these two official descriptions: 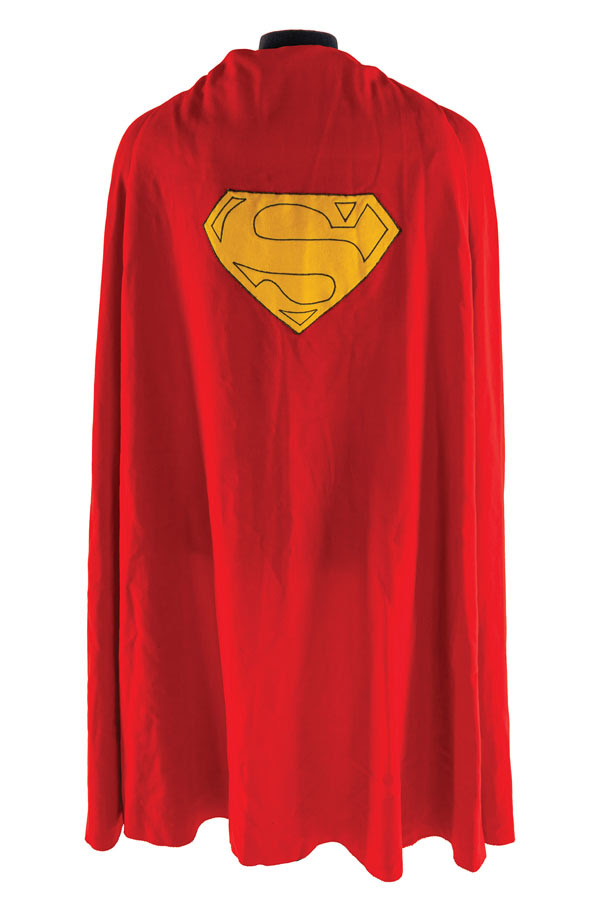 One of the most recognized superhero costume pieces of all time that captured the hearts and imaginations of fans around the world and is a symbol of truth, justice and the American way soars onto the auction block. An original cape worn by Christopher Reeve in his iconic role as the Man of Steel in Superman (Warner Bros., 1978) directed by Richard Donner, based on the DC Comics character of the same name, makes only its second auction appearance after 40 years. This costume piece was part of a world-wide contest to promote the movie’s release in 1979 with the grand prize being one of the six original capes made for and used in the film. The winner was personally selected by Christopher Reeve himself, and the cape includes a letter from DC Comics’ President as well as the Editor and Publisher and a copy of a photo of Reeve choosing the winner and more. This is one of the few costume artifacts that can be positively attributed to the first film of the series and worn on screen by Reeve. The cape is estimated to sell at $100,000-$200,000. 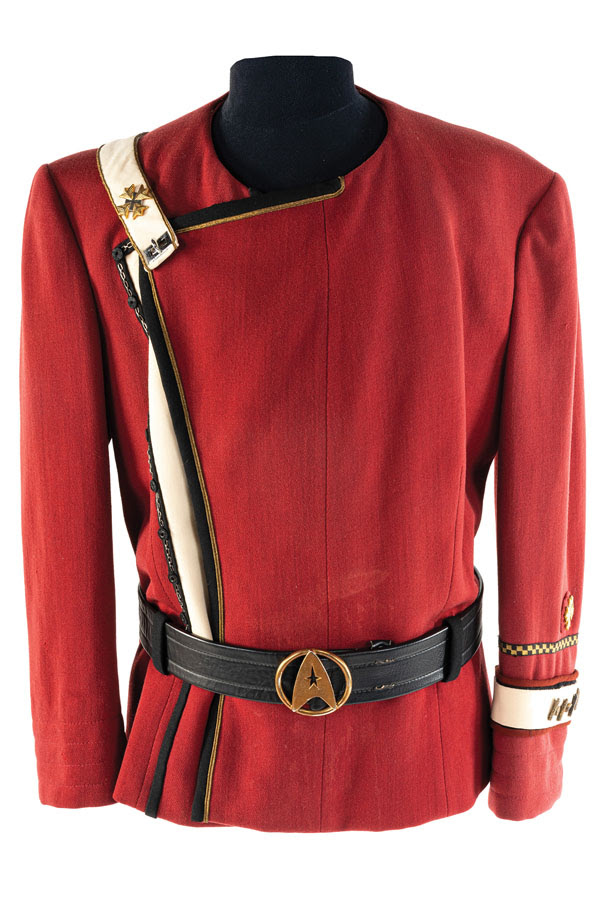 Julien’s Auctions is pleased to present one of the most extensive and important collections of costumes, props, memorabilia and models from the Star Trek TV and film franchise to ever to come to auction, including some of the finest offerings from the official CBS Studios auction in 2006, with a total of nearly 50 lots. The collection’s top prize comes from the star of The Original Series and one of sci-fi’s greatest heroes, Captain Kirk himself. A Starfleet command/officer’s jacket worn by William Shatner in his legendary role as Kirk in Star Trek II: The Wrath of Khan (Paramount, 1982) reports to auction at an estimate of $80,000-$100,000. This jacket was kept after filming by the film’s director, Nicholas Meyer, and will be only the second time it has come up for auction since the release of the film in 1982.
—

Again, as noted, there’s much more being offered from the world of screens large and small. Click here for more info.