John S. Drew, our old chum at THE BATCAVE PODCAST, has a special show this week — about Batman‘s much-neglected co-creator, Bill Finger.

In this episode of the show — which usually dissects with great warmth an episode of Batman ’66 — John sits down with Leonard Schwartz, the writer and director of the play Co-Creator: Bill Finger – The Man Behind the Bat. They discuss the origin of the the play, Finger‘s legacy, his contribution to Batman ’66 and more. Take a listen and learn how you can attend the premiere of the play in April.

Also, listen in as John and I fill you in on a MEGA BATMAN ’66 CONTEST we’re doing in anticipation of the East Coast Comicon (which we sponsor and organize, by the way).

PLUS! Check out this week’s contest — also with The Batcave Podcast — which we’re doing in conjunction with my appearance 3/11 discussing The Contaminated Cowl. You could win this rare and awesome item: 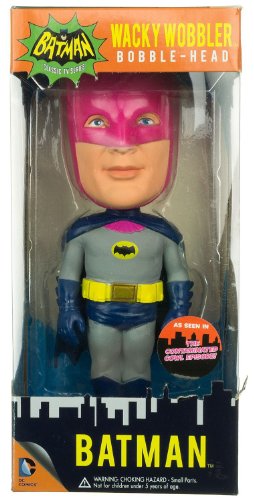 Stock pic. Not the exact one up for grabs but the same model.