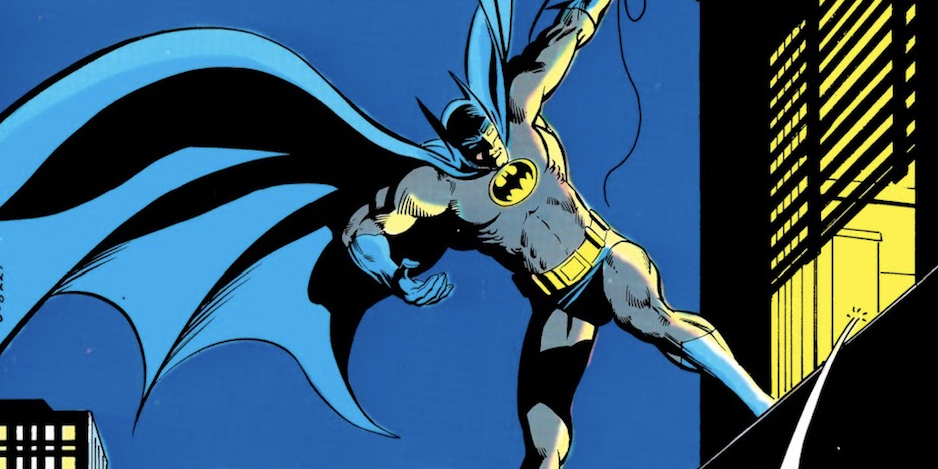 The only thing that could have made it easier selecting my 13 favorite stories drawn by Don Newton (November 12, 1934 — August 19, 1984) that I scripted or dialogued would have been if Don had actually done 13 of my stories instead of a mere 12. Missed it by that much! Still, since I loved just about anything Don drew, it wasn’t difficult to find a stray 13th tale for this birthday salute.

I’ve always felt fortunate that Don drew as many of my stories at DC Comics as he did, beginning with Aquaman in 1978 and ending with a Tales of the Green Lantern Corps back-up in 1984, Don’s final story and, coincidentally, the only story at DC he got to both pencil and ink.

It was a not-much-of-anything-happens kind of script, but Don transformed the six-page incident into a stunning, atmospheric set piece that went light years beyond my expectations when I wrote it. It was a little masterpiece, a fact recognized by no less an authority than Dick Giordano, who wrote in his obituary of the artist, “To my mind, Don’s final statement was the Green Lantern Corps story he penciled and inked that appeared in Green Lantern #181. He showed us how to do it right.” (Click here for the late Giordano’s full tribute.) 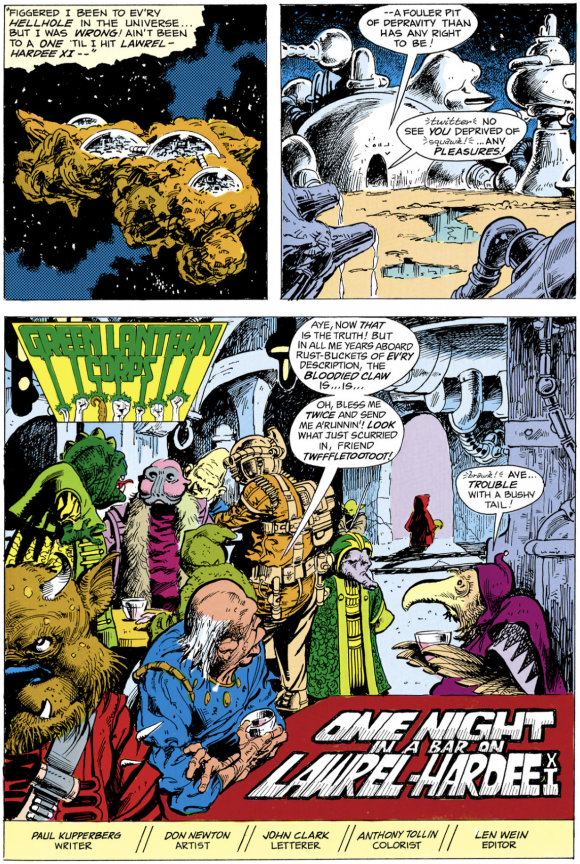 I was aware of the Virginia-born Newton’s work long before he turned pro for Charlton Comics in 1974, about a year ahead of me. Don had been a mainstay of comics fanzines since the mid-1960s when his earliest work was first published by G.B. Love in a fanzine called The Golden Age. His painted covers and interior line art were soon making eyes pop all over fandom; it’s estimated his art graced more than 100 fanzines.

Now living in Arizona, Don found it difficult to make any headway with the East Coast-based Marvel and DC Comics. These were the pre-internet, pre-FedEx days of publishing, when the U.S. Postal Service was the only alternative to hand delivery if an artist lived out of commuting distance from the New York offices. Charlton Comics, however, themselves being somewhat off the beaten path in Derby, Connecticut (albeit with a small office maintained in Manhattan for city-based freelancers to drop off their work), was different. They had to offer something to make up for the fact that their page rates were anywhere from a third to one-quarter of the majors.

But as for so many creators over the years, Charlton was just a stepping stone for Don. Fortunately, he left behind years of beautiful work in their horror anthology titles and, most notably, on The Phantom before he finally made the leap to Marvel. But after an issue of Giant-Size Avengers and a few other small jobs, Marvel seemed to run out of work for Don. 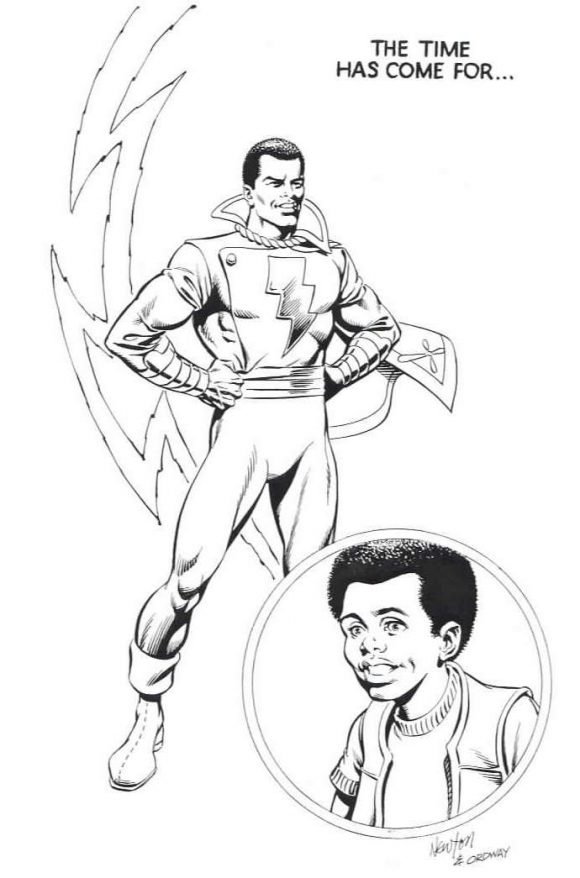 But DC had finally taken notice of the 43-year-old artist and his work on such features as Aquaman, New Gods, Star Hunters and Shazam! (aka the original Captain Marvel) made fans sit up and take notice as well. Beginning in 1978, Don picked up assignments for the Batman and Detective Comics stories that were the start of a long-running association with the Dark Knight. In 1983, Don had begun working with Roy Thomas on a possible relaunch of Shazam! and on Infinity, Inc. when he was diagnosed with throat cancer; his short battle ended in the heart attack and stroke that finally took his life.

Don Newton was a unique talent who continued developing with every story he drew. “One Night on Laurel-Hardee XI,” that last Tales of the Green Lantern Corps story, was just a hint of the startling things that might have come in future decades from the pencil and brush of the 49-year-old artist.

Here then, in chronological order, MY 13 FAVORITE PROJECTS WORKING WITH DON NEWTON – including one that I actually had nothing to do with.

The Phantom #74 (Jan. 1977). A favorite of Don Newton and Phantom fans everywhere, Don’s “The Phantom of 1776” was written and drawn by the artist under one of his lovely painted covers for Charlton Comics. (Oh, yeah. Don also painted.) 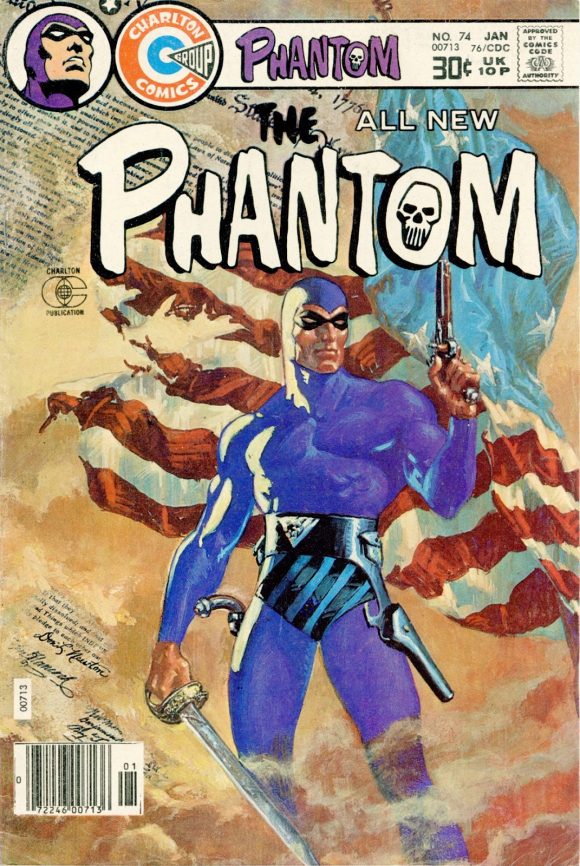 Aquaman #62 (June 1978). When I was handed Aquaman to write, I knew the book had already been chopped from the schedule and I was just running out the clock. But that was cool, for a variety of reasons. I was just a couple of years into writing comics and Aquaman was the first JLA-level character I’d been given a chance to do anything with, and “And the Walls Came Tumbling Down” was a chapter in an important ongoing storyline, the death of Arthur Curry Jr. (as recently reprinted in the Aquaman: Death of a Prince TPB and Deluxe Hardcover Edition.) And of course, Don Newton, whose work on Charlton’s Phantom had reawakened my interest in the adventure character, was the artist, inked by Bob McLeod. 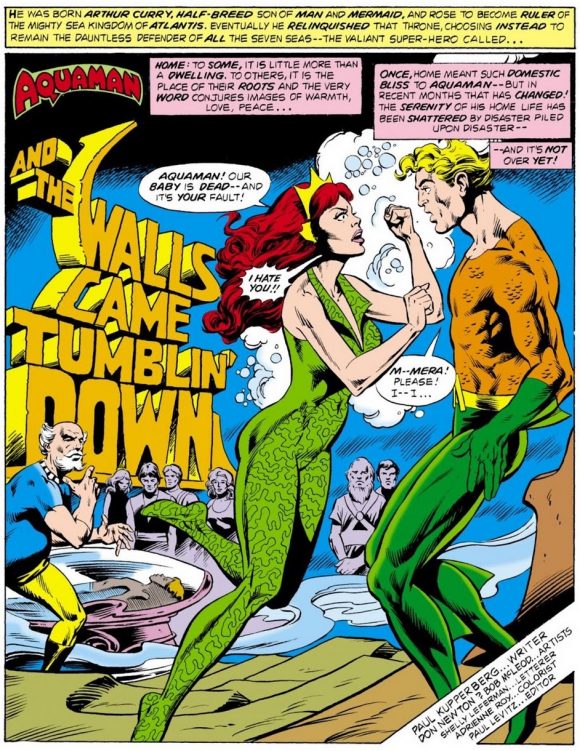 Aquaman #63 (Aug. 1978). I got to end the Sea King’s run with a classic (and extra-angsty!) battle between Aquaman and his evil half-brother, Orm, the Ocean Master in “My Brother’s Keeper.” Also, art by Don Newton, with Dave Hunt on inks. 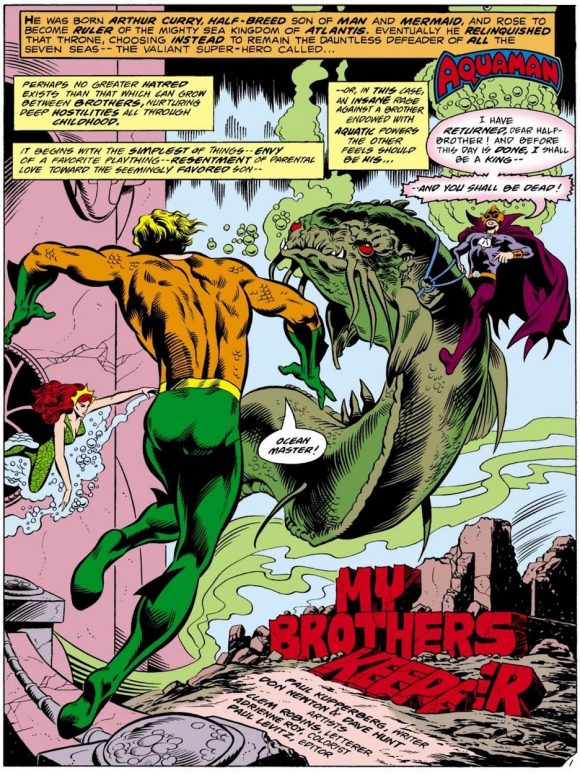 Adventure Comics #460 (November 1978). “The Hunt” was on when Don (and inker Dan Adkins) and I followed Aquaman over to Adventure Comics, where he took his place in a 12-page back-up as a prince among commoners in the then expanded 68-page format of the title. That hunt, by the way, was for a direction for the strip. 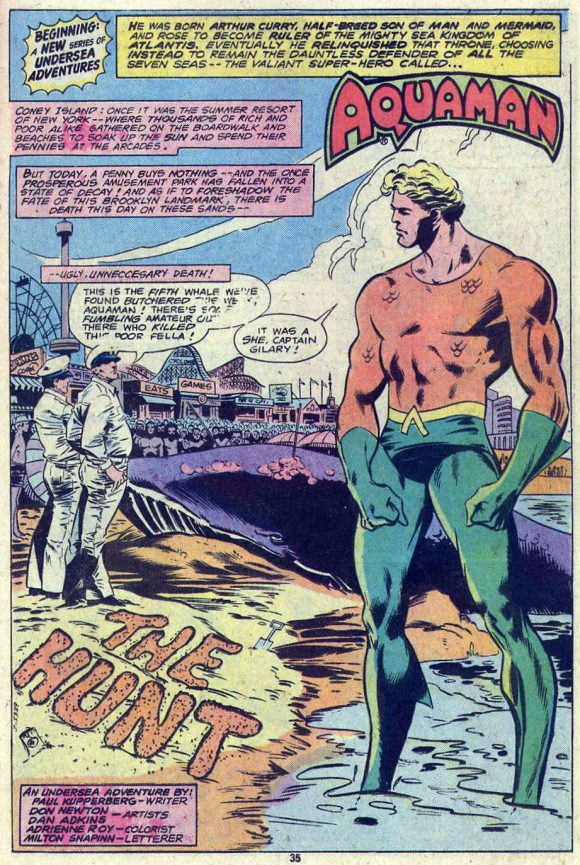 Time Warp #5 (June 1980). Michael Kaluta found the inspiration for a beautiful cover in “Union in Steel,” a science-fiction vampire seven-pager for DC’s short-lived Dollar Comic SF anthology by me, Don, and Steve Mitchell. 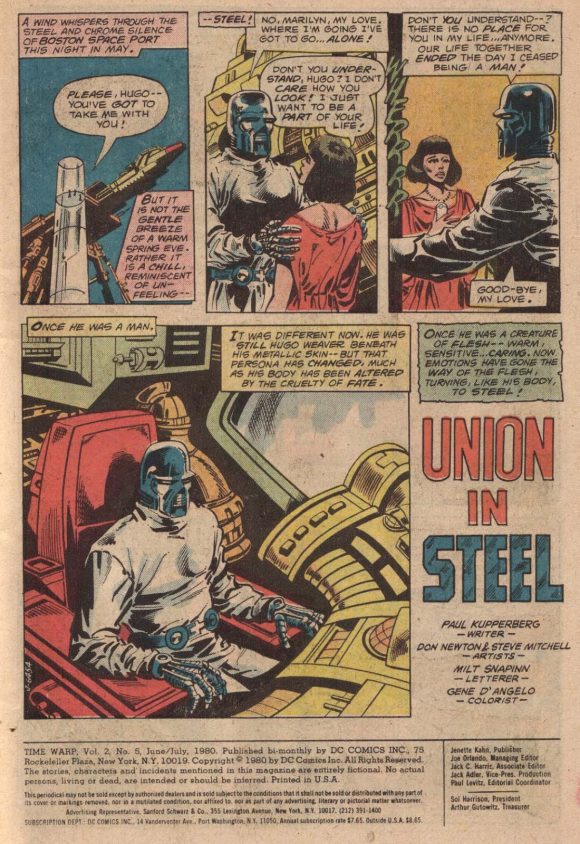 Green Lantern #148 (Feb. 1982). I’m sure it was the luck of the draw that editor Dave Manak handed the script for this untitled inaugural installment of an ongoing Tales of the Green Lantern Corps back-up story to Don Newton (with Adkins inks), but we struck gold that day with the introduction of Ch’p, the chipmunk GL from the planet H’lven. (H’lven and a chipmunk. Get it?) 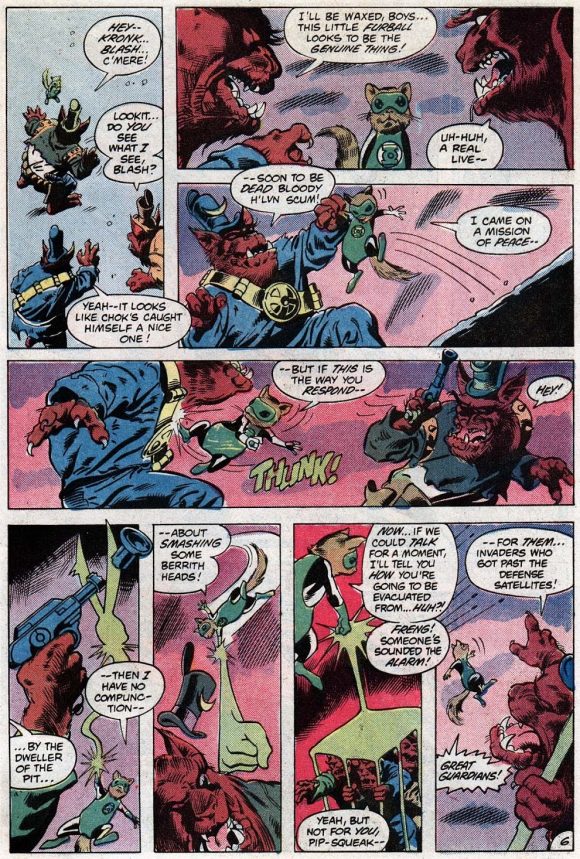 Detective Comics #516 (July 1982). In the spirit of the Personhood of Comic Book Creators, I was often asked in those days of yore to step in and help fellow writers facing a deadline problem. I could, if the situation called for it (and it often did) dialogue a full-length comic book story overnight. Here, and in the two books that follow, I was asked to do this very thing in the aid of Gerry Conway. Happily, this was during Don’s run as penciller, and his fluid storytelling made my job of writing dialogue for an unfamiliar plotline (the outline of which I was also provided with) much easier. Here, Don was ably inked by Chiaramonte. 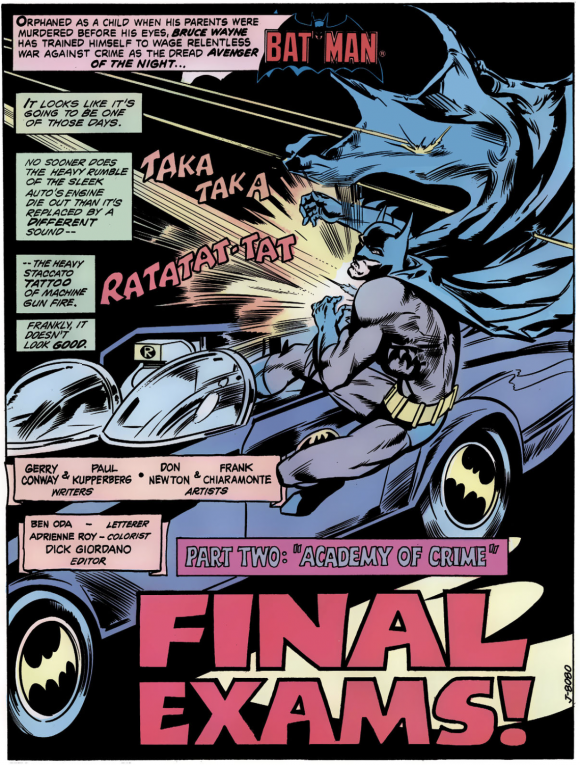 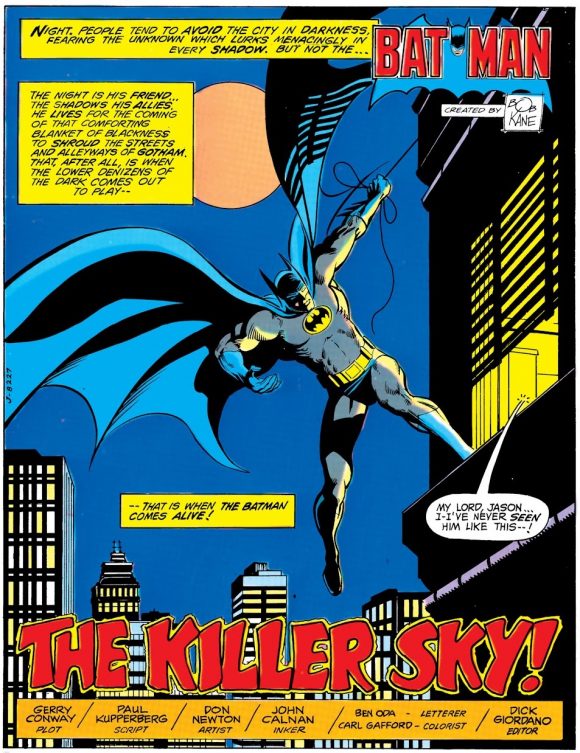 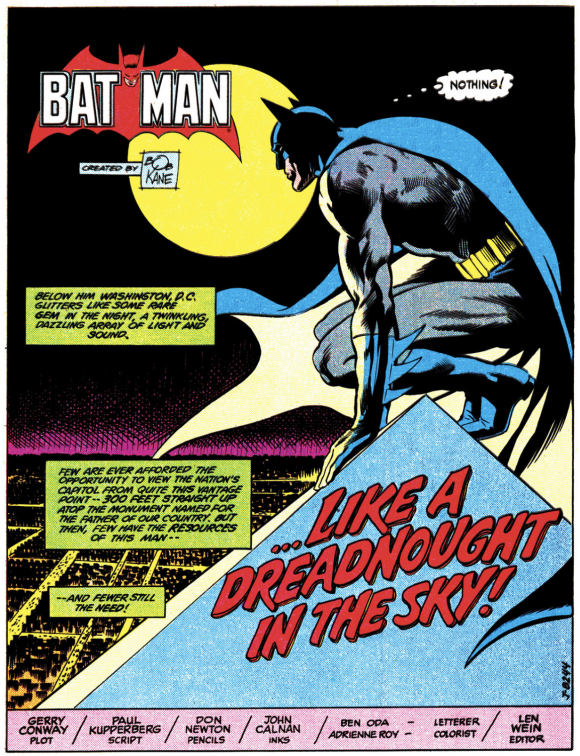 DC Comics Presents #54 (Feb. 1983). Out of nowhere, Julie Schwartz growls, “Quick, I need a Green Arrow team-up idea for DC Comics Presents!” Starting from scratch, we cobbled together some environmental-based story (it always worked pitting radical lefty GA against pollution and corruption) that could also cause middle-of-the-road Superman to maybe break a sweat, and there you have “The Price of Progress,” inked by Adkins. The best thing about this issue is the art, and the best thing about the art is the gorgeous Newton/Giordano cover. 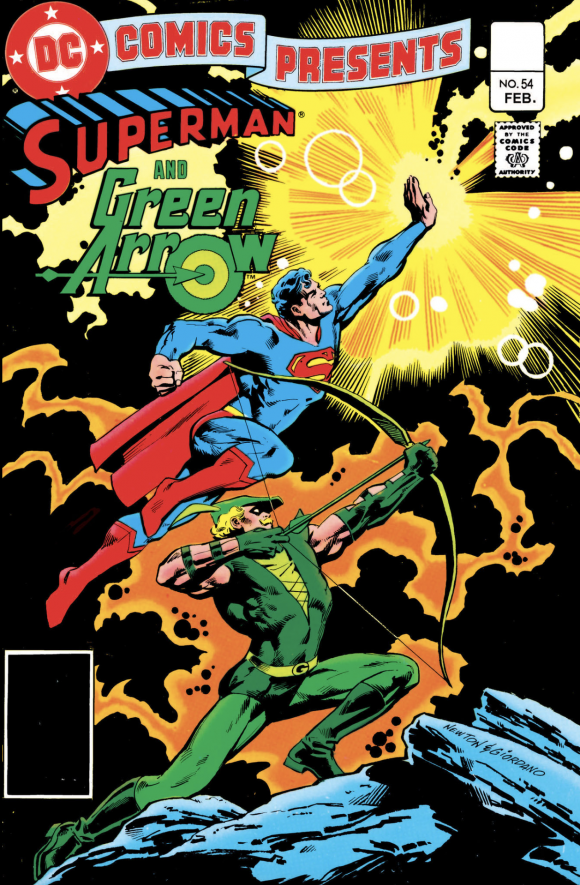 Green Lantern #181 (Nov. 1984). Ch’p is back! I kept full-sized Xeroxes of the art to “One Night on Laurel-Hardee XI” (from which this was scanned) because it looked so freakin’ awesome in black and white! 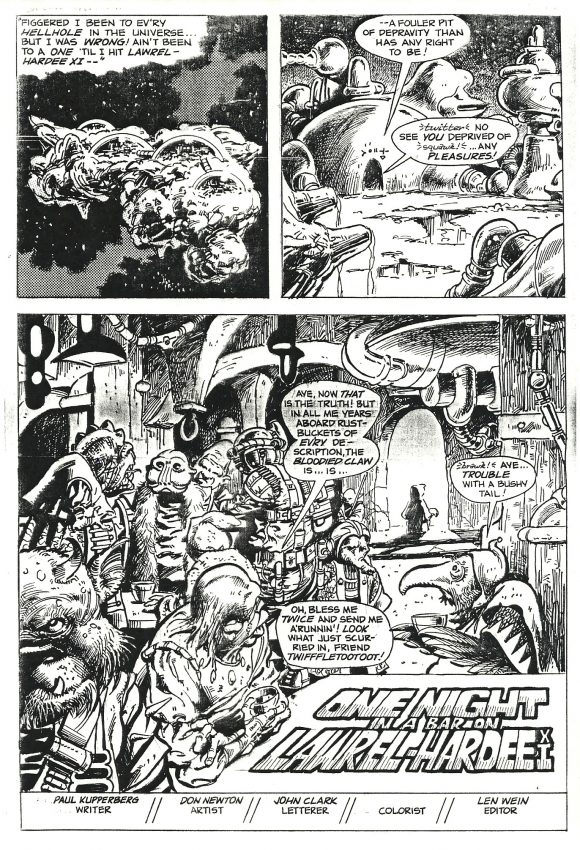 In total, Don and I worked on just 179 pages of comics together. I wish it could have been more.