A great way to pull you into a story…

Man, I dig a really great opening splash page, especially one that takes you by surprise. 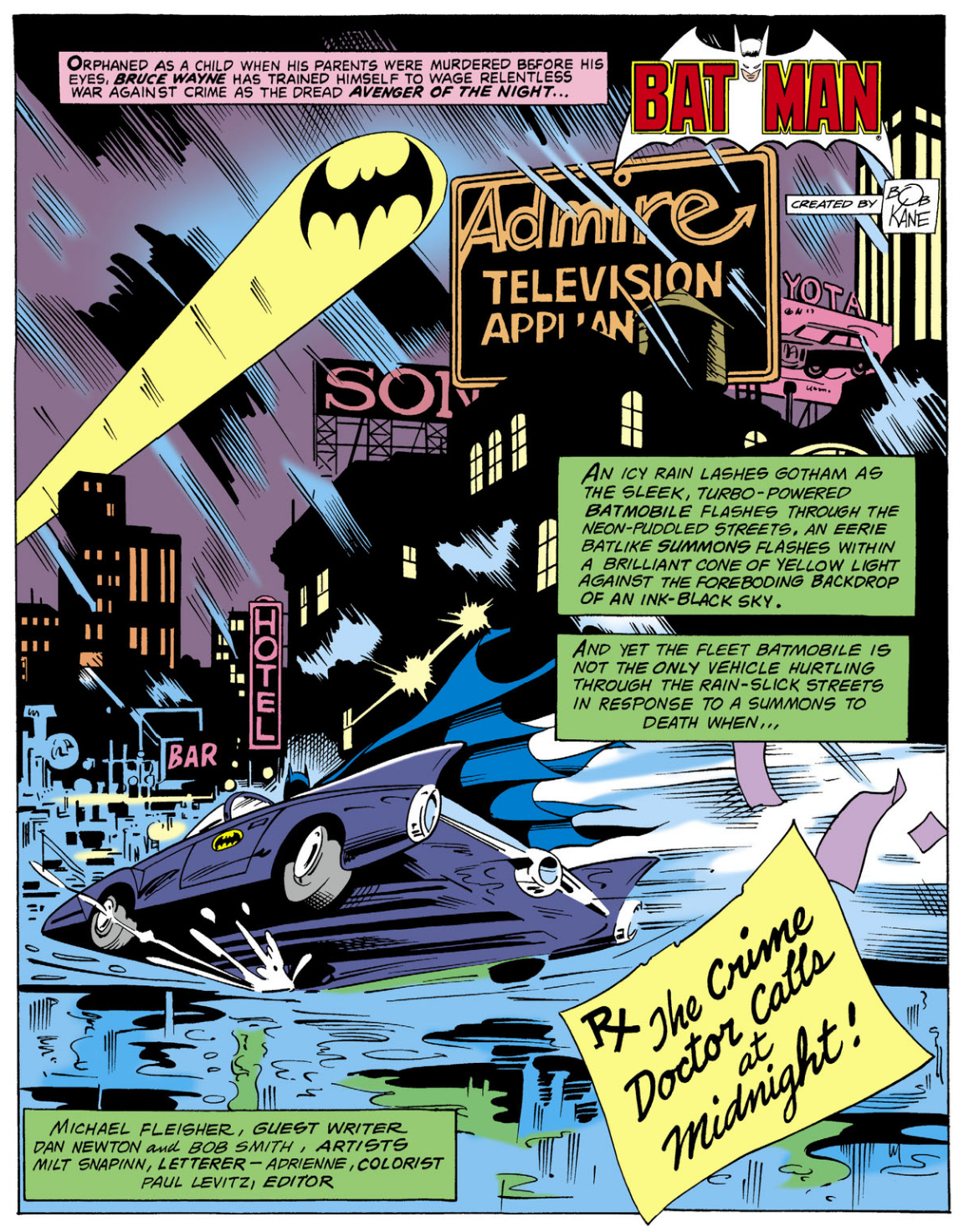 There’s just so much to take in here: The Batmobile is virtually flying through the rain-soaked streets, so Batman is already firing on all cylinders. The Batsignal flashes brightly against the dark sky. If you’re familiar with New York City, the cityscape feels an awful lot like the East Village, with its low-rise buildings and rare Manhattan gas station.

But what really makes it are the neon lights — the faux Admiral TV ad, the obscured billboards for Sony and Toyota, the hotel and bar signs. That sense of place is so important to any story, but especially Batman in Gotham City in the pre-Anton Furst days when the Darknight Detective’s home turf was more clearly an NYC analogue, even if the geography was intentionally jumbled. (Side note: The white Batman logo in the upper right is darn nifty, too.)

It’s a great way to start a comic, especially when you consider that the title promises not the Joker or Two-Face but obscure Z-Lister the Crime Doctor.

Check out the cover as a contrast: 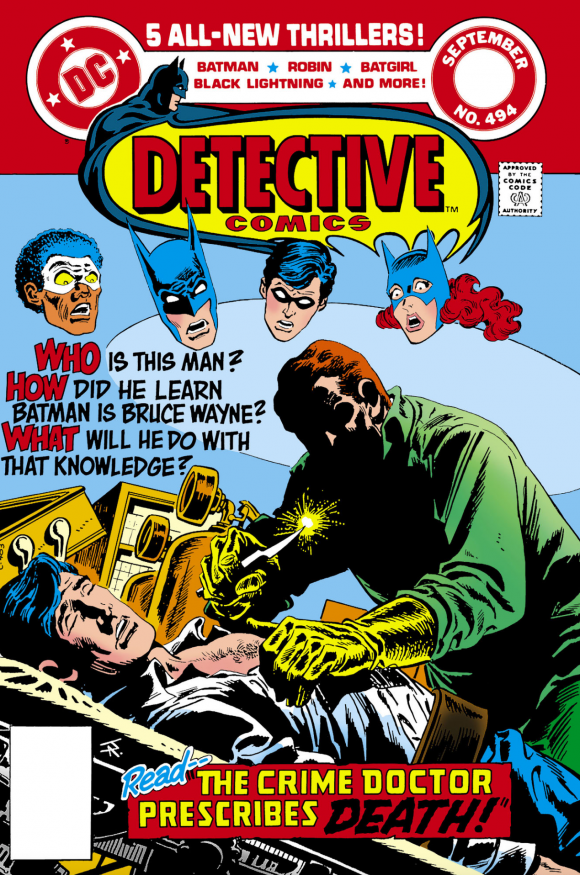 That’s a Jim Aparo joint. Now, I’m a big Aparo fan but it’s entirely fair to call this cover routine. It’s perfectly fine but it doesn’t scream “buy me.” On the other hand, when you turn the page, you get what amounts to a second cover howling, “READ ME — even if this is about the Crime Doctor!”

By the way, this is also a case where the remastered version is very nice but the original newsprint clearly enhances the feel of the image: 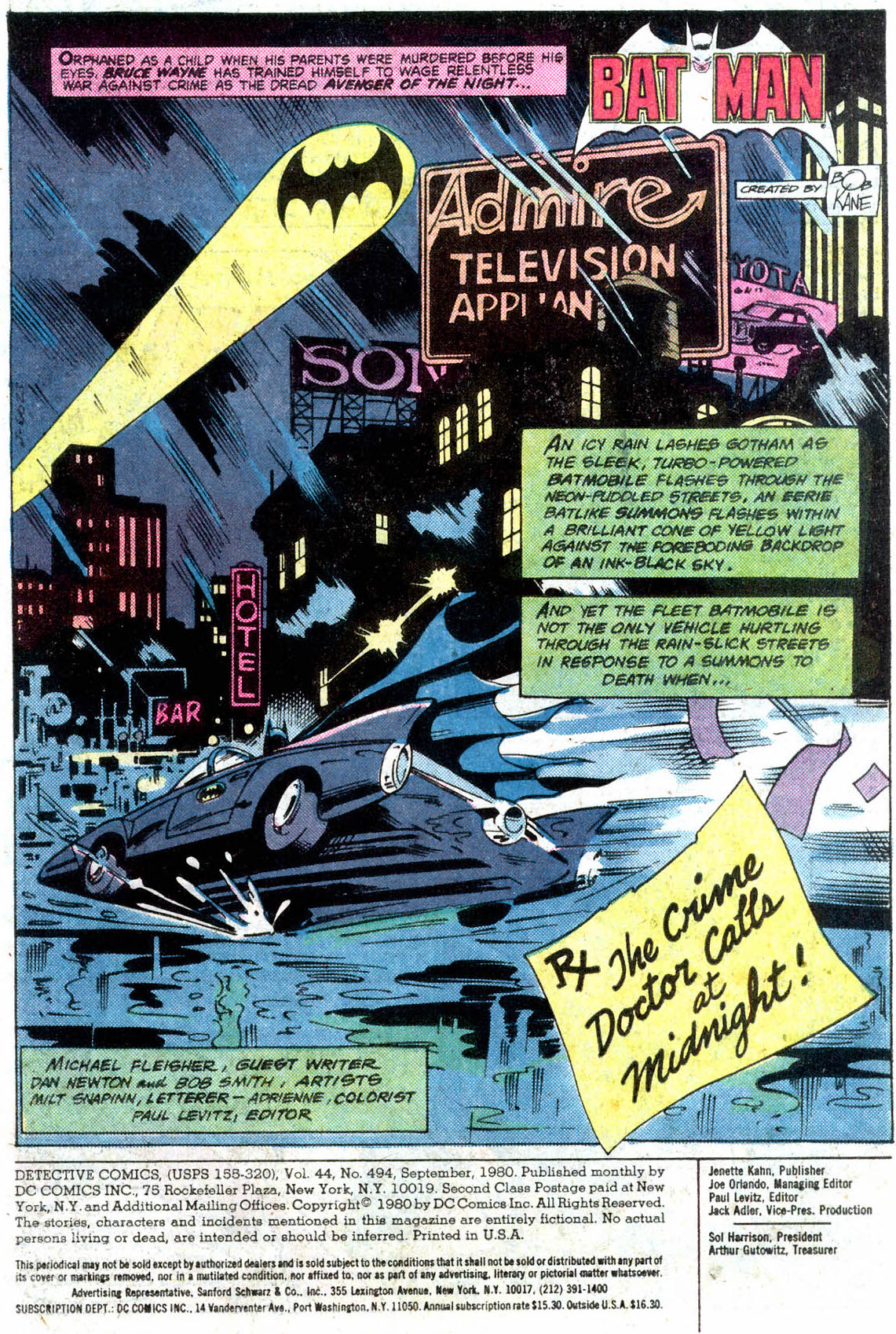 So, if you can’t judge a book by its cover, sometimes you can by its splash page. Because this also happens to be a zippy little yarn by Michael Fleisher.