DIRECT COMMENTS: A birthday salute to one of comics’ finest artists…

“So, I went back to DC’s coffee room, which had a couple of vending machines and a few tables and chairs. And this was where all the new artists and writers, the young Turks, would gather. … That day, the gathered talent turned out to be Howard Chaykin, Michael Kaluta, Bernie Wrightson, and maybe Alan Weiss. I introduced myself, sat down, and we shot the breeze for a bit. They looked at my stuff and it turned out Jack Adler was sitting at the table right behind us and Michael asked if he could show my book to Jack, who was the assistant production manager at the time. So, Jack took a look at it, and he really liked it. He said, ‘Let me take this and show it to Carmine (Infantino),’ who was either editorial director, or maybe he was publisher by that time. I said, ‘Hey, no problem!’”

— Walter Simonson, from Direct Comments: Comic Creators In Their Own Words

Walter Simonson (Sept. 2, 1946) didn’t waste any time once he broke into comic books in the early 1970s. After graduating from the Rhode Island School of Design in 1972, he took his portfolio to the aforementioned meeting at DC, and by 1973 he was making comics readers hold their collective breath with his work from Archie Goodwin’s scripts on Manhunter, a back-up strip in Detective Comics (for which he won two Shazam Awards, for Outstanding New Talent and Best Individual Short Story (Dramatic) for “The Himalayan Incident” in Detective Comics #437. (Speaking of comics readers and Manhunter, Walter contributed an illustration cover to 1973’s The Comic Reader #99, published by Paul Levitz and with which I was associated.) 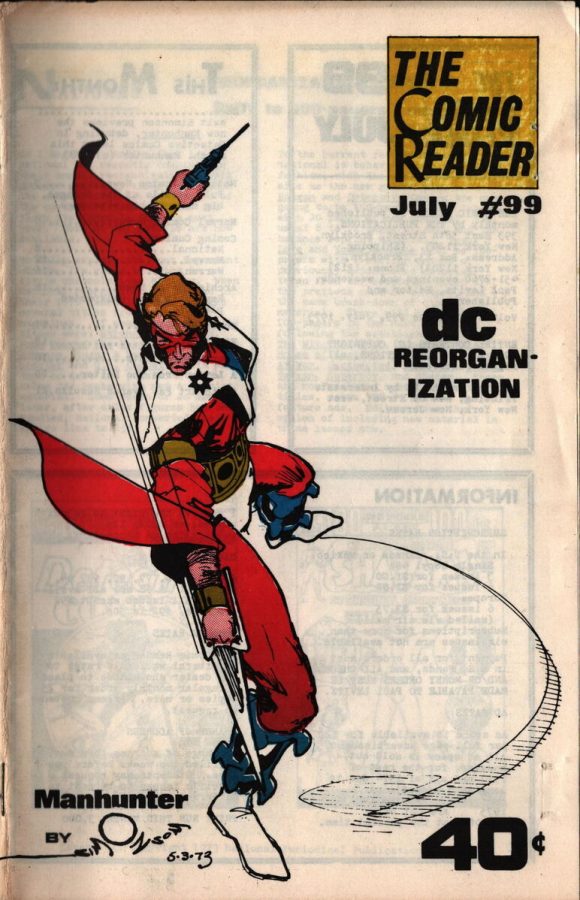 “Manhunter is what really made my professional reputation,” Walter recalled in his 1990 interview. “The work we did on that strip was really some of the best work I’ve done, and some of the best combination of writing and art that I’ve been involved with. That ran for a year, bi-monthly, and by the time it was over, it was really… finding work really wasn’t a problem. I was very fortunate.”

So were comic book readers. In the almost 50 years since, Walter has drawn thousands and thousands of comic book pages, most of which he also wrote.

“I guess I think of myself as a storyteller,” he said in 1990. “I’ve written a few stories for someone else to draw, but I like doing the job on my own. I haven’t been on anything where I was writer/artist for a while now, which is one of the reasons why I’m on the Fantastic Four.

“One of the things I’ve tried to do when I first got into comics, and I think I’ve been pretty successful overall, was to work with the best writers I could find. As an artist, you want to have good stories to illustrate. It really gives you heart when you’re doing the work. It’s tough when you’re working on a dog. I’ve been pretty fortunate in that respect.” 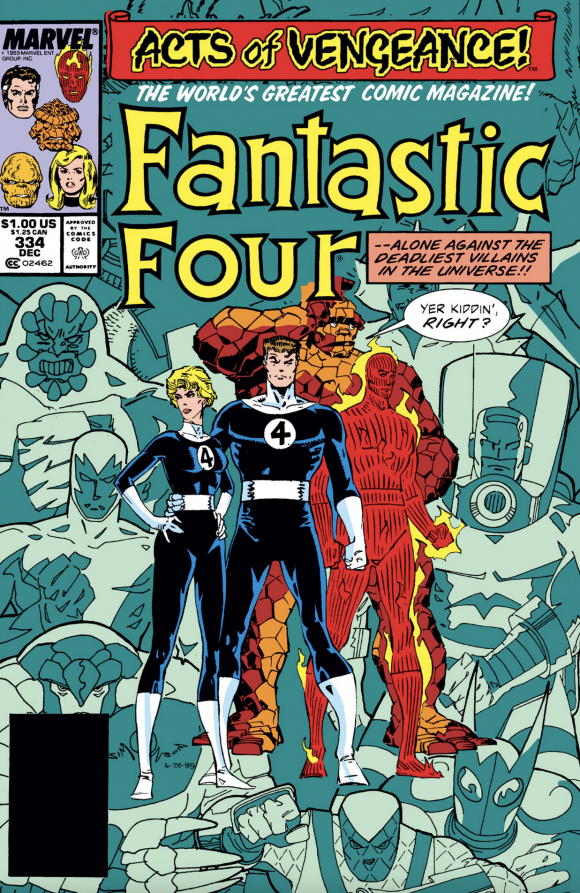 It’s hard to think of many dogs from Walter’s portfolio. True to his science fiction background, he thinks on an epic scale, and his stories have reflected that sensibility from the start with Star Slammers, right on through his latest work, Ragnarok from IDW. When I was an editor at DC and was faced with finding someone to pick up the creative reins of Jack Kirby’s New Gods characters after John Byrne’s departure from the book, my short list consisted of one name: Simonson (I never got to work with Walter on that title, though, the result of some editorial reshuffling at the time). In the same vein, when it came to a cover artist for Byrne’s run on New Gods, it was John’s choice that the assignment go to Walter.

Picking just 13 pieces to showcase here wasn’t easy, but Dan insists he doesn’t have the bandwidth for My Favorite 1300 Favorite Pieces of Art by Walter Simonson. Whatever. Happy birthday anyway, Walter.

Here then, MY 13 FAVORITE PIECES OF ORIGINAL ART BY WALTER SIMONSON, in no particular order:

Star Slammers (1971-73). Created as his thesis project at RISD (which he attended only after getting a degree in geology from Amherst), the self-published Star Slammers was also used to promote Washington DC’s bid to host the 1974 World Science Fiction Convention (Discon II, which took place just about 47 years ago today). He was still developing and refining his style, but the seeds of his signature layouts and storytelling were right there. Star Slammers #1 (IDW, 2014). More than 40 years after it was created, Star Slammers returned for an eight-issue run from IDW, reprinting the 1980s Marvel graphic novels and 1990s Malibu series, with new covers. 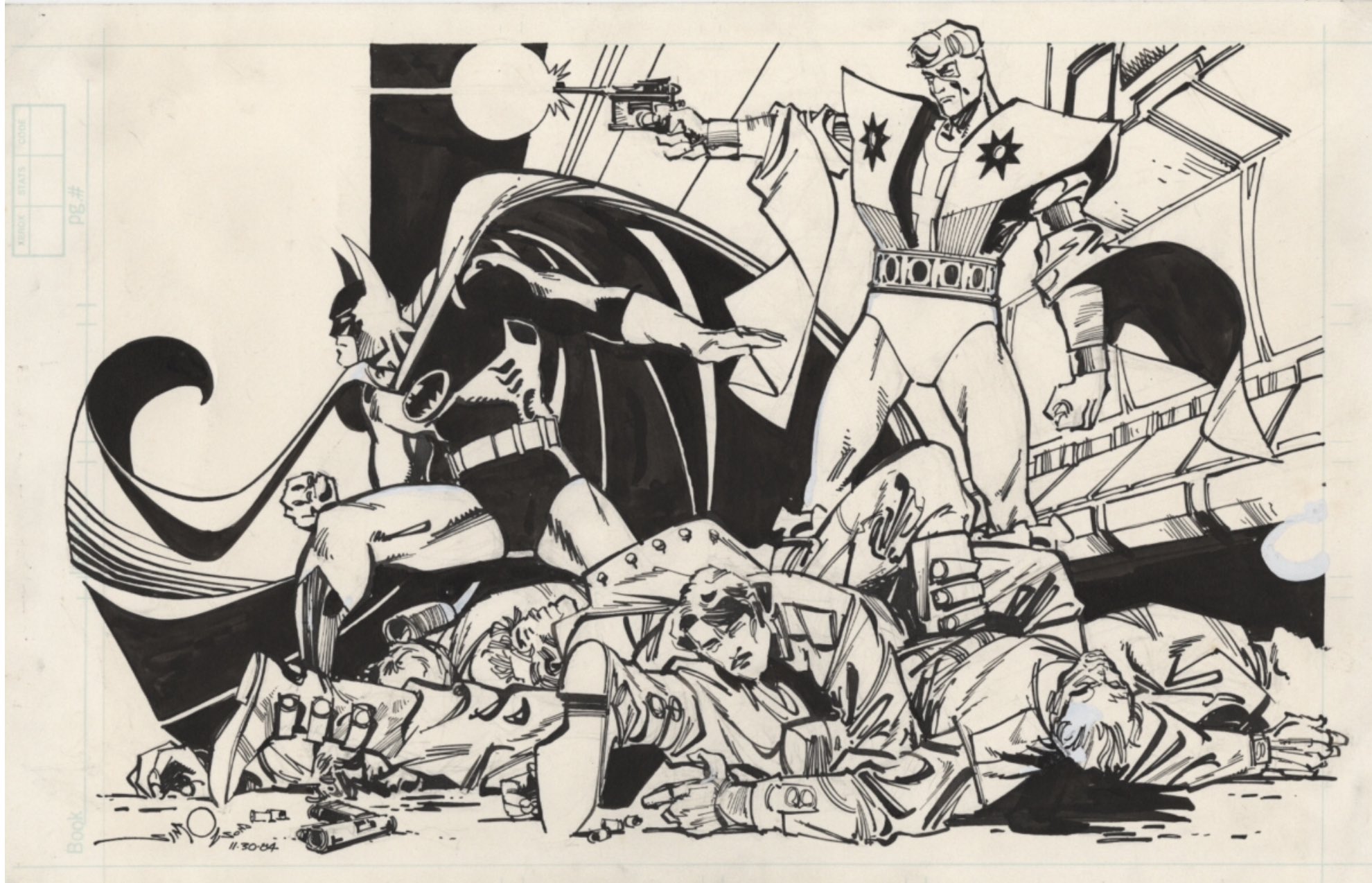 Star Wars #70 (Variant cover, 2019). While I cannot overstate my disinterest in all things Star Wars, this Darth Vader vs. … y’know, whoever that other guy is, just crackles with energy and power, literally and figuratively. Superman and Friends. A plate from a 1984 portfolio starring Superman and his (quite literal) supporting cast. Remember, this was back when Superman smiled just for the hell of it. Especially when he was posing for pin-ups. 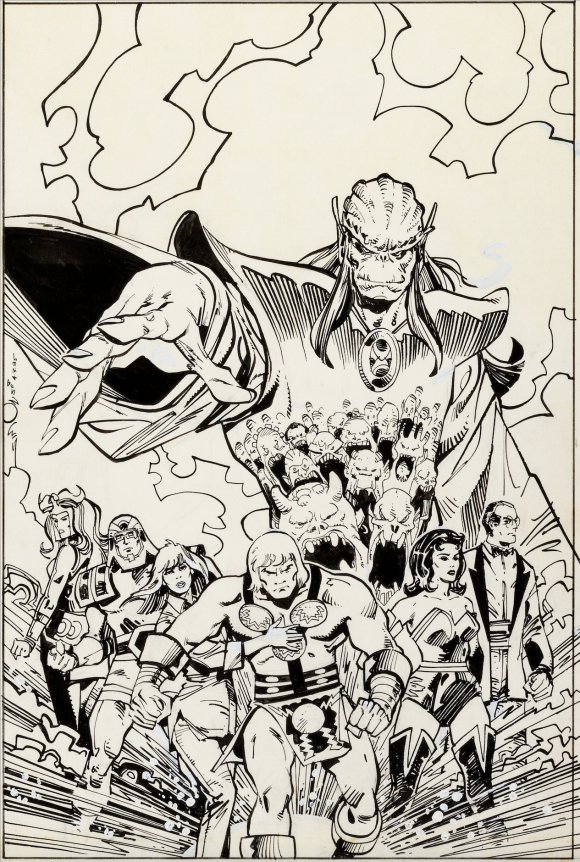 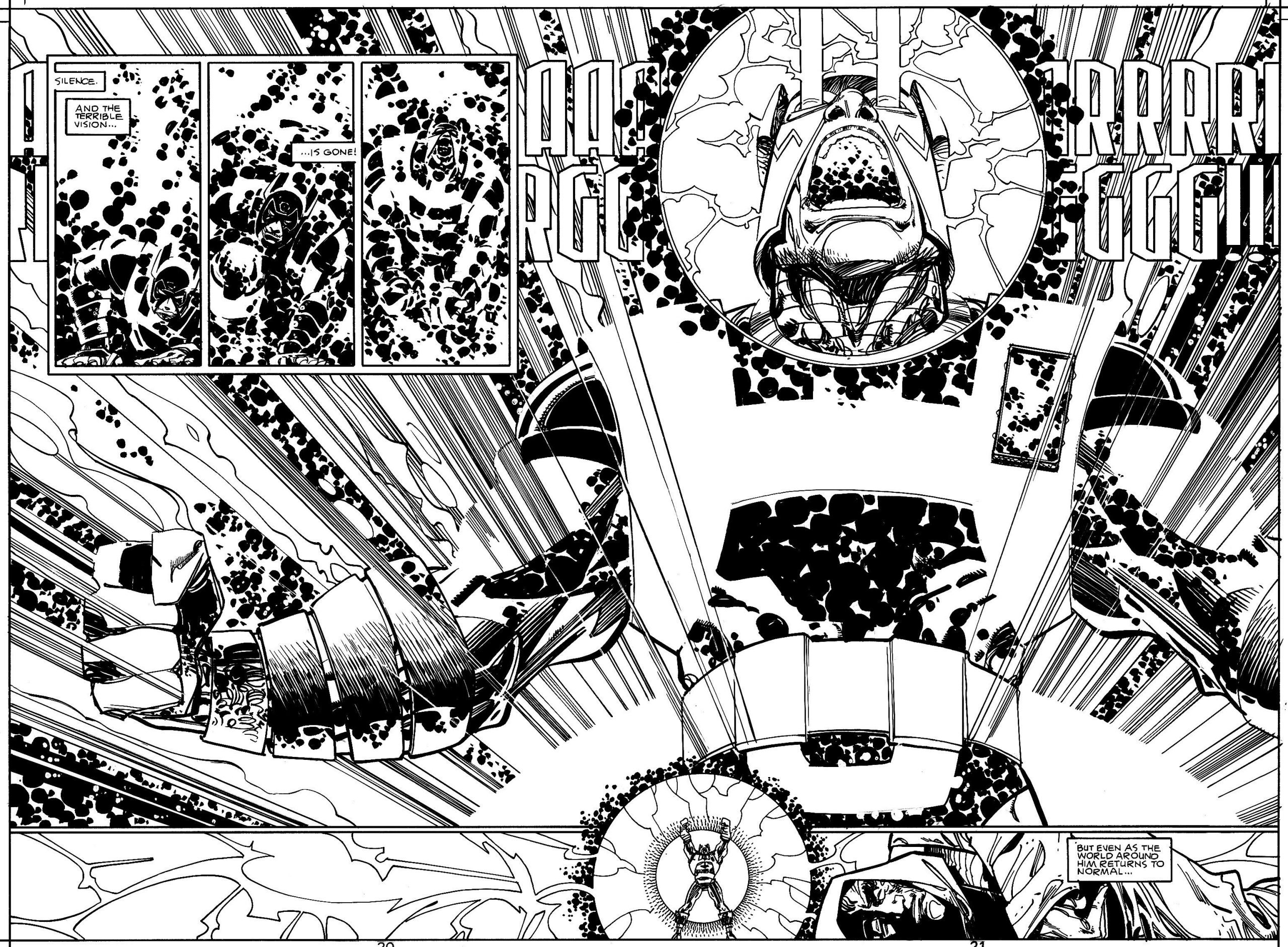 Odin. A 1984 commission drawing of Odin and one of his ravens. I don’t know if it’s Huginn or Muninn. I never could tell them apart. 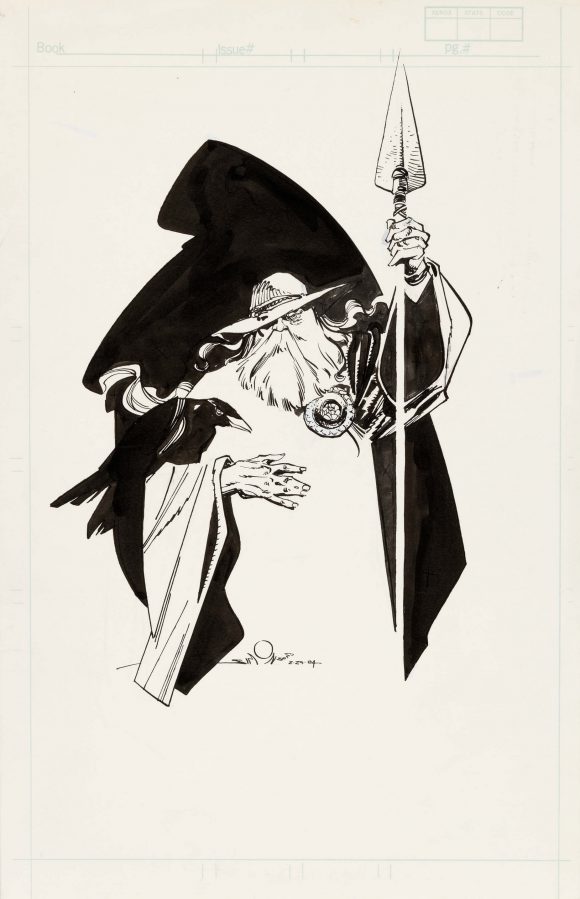 Metal Men #47 (DC, Sept. 1976). Speaking of metal men, a cover from Walter’s short but acclaimed run on this series with writer Gerry Conway. “I had absolutely no thought of going into comics. I wanted to be an architect in the worst way. Actually, first I wanted to be a lumberjack, just like my old man, as the song goes. But I spent one summer in the woods and found out how hard the old boy was working, and I decided that’s not for me. So, I was going to be an architect instead and work at a different end of the lumber industry. Except I couldn’t hack the math, I just could not handle it. In those days we didn’t have calculators, we had fingers and toes.”