DIRECT COMMENTS: The celebrated Mr. K takes you on a tour of Denny O’Neil must-reads…

“When I was in sixth, seventh, and eighth grades, I was winning these poetry contests sponsored by the American Legion. Poems about poppies, which represented the veterans. I guess I was in fourth grade when I joined the Superman-Tim Club, sponsored by a local department store. For fifteen cents, you got this newsletter, a little pamphlet with features and puzzles about Superman and his made-up friend, Tim. I won a short story contest sponsored by the Superman-Tim Club. I wonder if that didn’t doom me to a life of comic book writing.”

— Denny O’Neil, Direct Comments: Comic Creators In Their Own Words

I don’t think Denny O’Neil (May 3, 1939–June 11, 2020) needs much of an introduction. A list of the comics and characters he wrote in his more than 50-year career should be enough to give the uninitiated some idea: Batman, Detective and Green Lantern/Green Arrow with Neal Adams, The Shadow with Mike Kaluta, Superman with Swanderson, Wonder Woman with Mike Sekowsky, Justice League of America, Shazam!, Daredevil, Iron Man, Azrael with Joe Quesada, and The Question with Denys Cowan, to name a few. He co-created Ra’s al Ghul and Talia, and later served a stint as editor of the Batman titles, masterminding such events as “Knightfall” and “No Man’s Land.” He is also, by one account, the originator of the name “Optimus Prime” for the Transformers series.

Denny was the editor of my very first story for DC Comics, a World of Krypton back-up called “The Stranger” for Superman Family #182 (March/April 1977)… as if having to write a story set in the Superman universe that featured a cameo by Clark Kent wasn’t intimidating enough for this newbie!

Denny at TerrifiCon in 2018

A decade later, I pitched Denny an idea for a Phantom Stranger miniseries, knowing that the story I had in mind would strike a chord with the lapsed (but still heavily spiritual) Catholic. Unfortunately, due, I believe, to his taking over the Batman office, he had to hand the Phantom Stranger mini off to another editor (it was published in 1987, with art by Mike Mignola and Craig Russell, under editor Mike Carlin). I’ve always regretted not having the opportunity to develop the story with Denny, which would have been an education in comic book writing! (I shared my thoughts about Denny in 2020 on my website.)

His bibliography included a lot more than just comic books. Denny started in life as a newspaper reporter, and he also wrote fiction and nonfiction prose across a variety of genres. Here then, My 13 FAVORITE DENNY O’NEIL STORIES – IN COMICS AND PROSE, in no particular order:

Secret Origins of the Super DC Heroes (Harmony Books, April 1976). A big fat (240 pages) collection of Golden and Silver Age superhero origins, including stories from Action Comics #1, Detective Comics #33, Flash Comics #1, More Fun Comics #89, Whiz Comics #1, Police Comics #1, and many others, back when reprints of those ancient gems were few and far between, accompanied by Mr. O’Neil’s informative text. 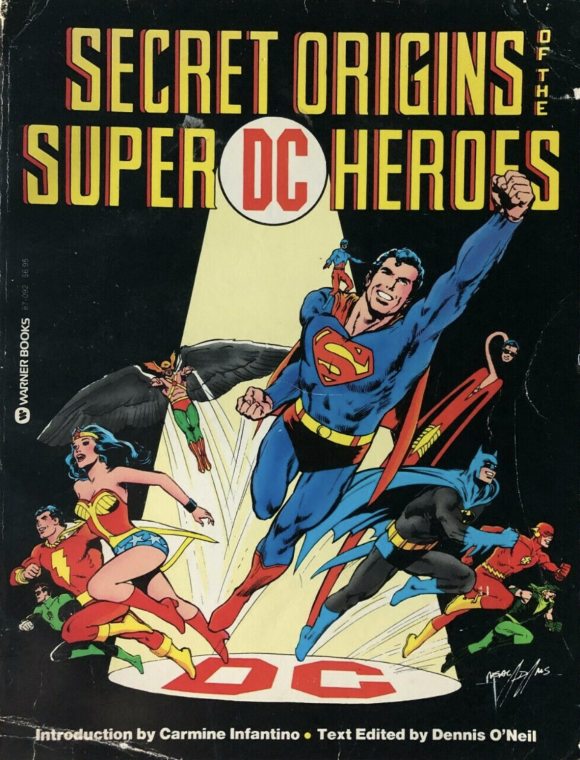 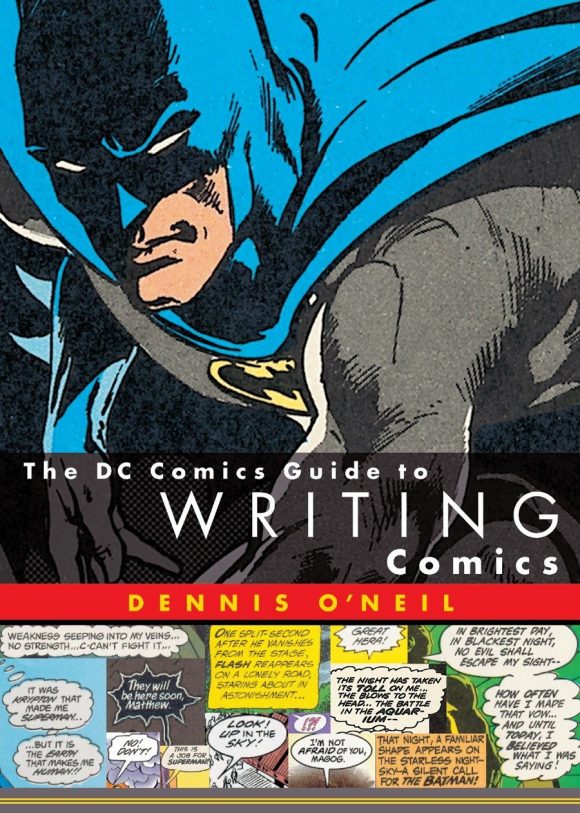 The Perils of Captain Mighty and the Redemption of Danny the Kid (2017). What do you mean you haven’t already bought and read this, Denny’s fictionalized prose autobiography, mixed with a soupcon of magical realism? We’ll wait here while you go order it. 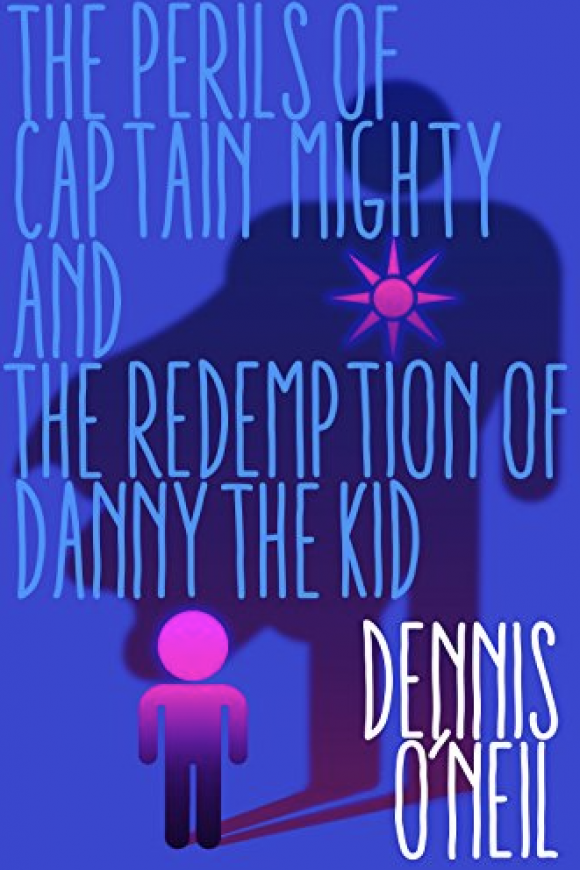 The Question by Dennis O’Neil Omnibus Vol. 1 (DC, Coming 2022). DC will make it easy for you to read one of the best series of the late-1980s/early-1990s: Denny’s collaboration with Denys Cowan on The Question. More than 900 pages of O’Neil goodness in a single 1.25-pound volume? Yes, please! 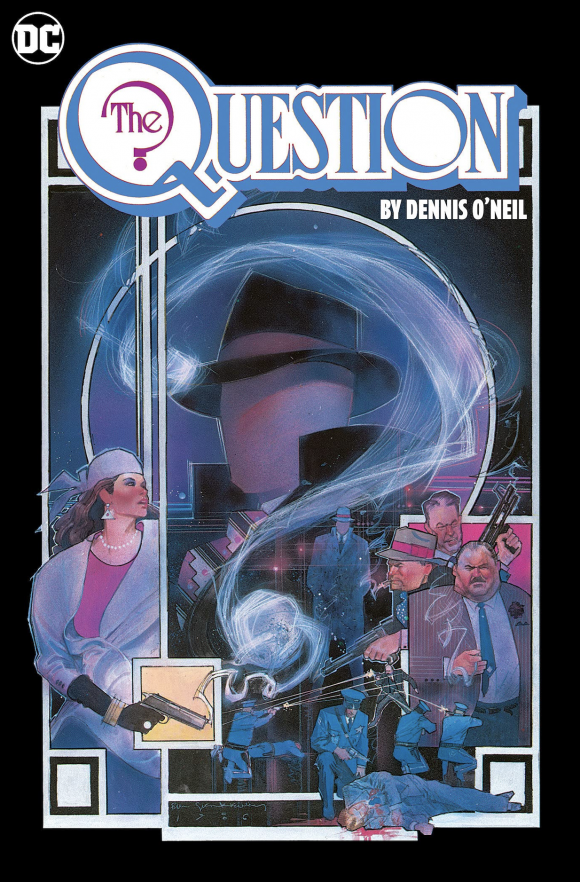 Green Lantern/Green Arrow: Hard Travelin’ Heroes Deluxe Edition (DC, 2018). It’s hard to imagine today the impact these stories by Denny and Neal Adams had on readers of the early ’70s. Not to put too fine a point on it, but “woke” we wasn’t! That is, until Denny started sneaking these social and political issues into these (let’s face it!) often silly and pointless little morality plays. DC Universe: Helltown (Grand Central Publishing, 2006). And even if you’ve already read the O’Neil/ Cowan Question comic book series, you could do worse than to read what amounts to a novelization and retelling of his origin and early adventures in Denny’s Helltown. 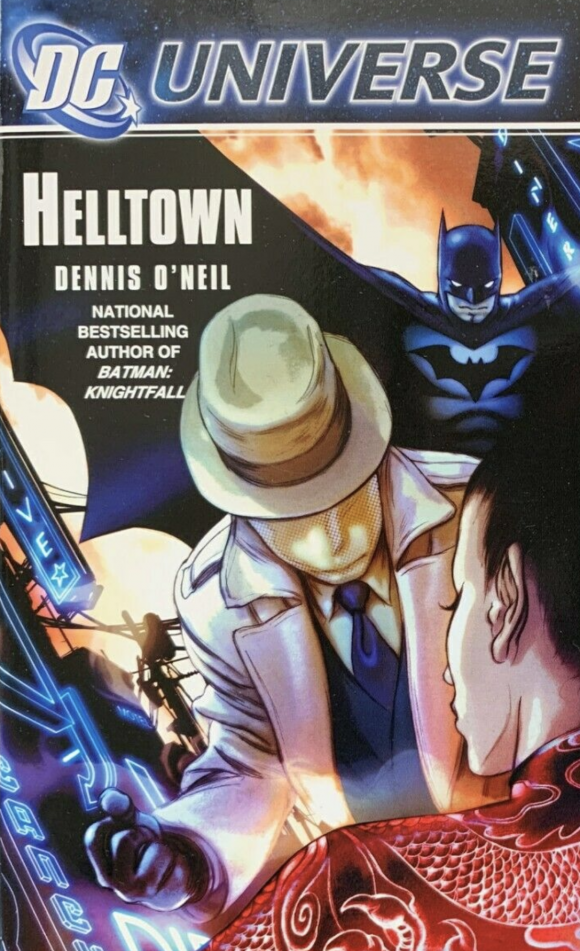 Batman: Birth of the Demon (DC, 1993). The graphic novel that reveals the secret origin of Ra’s al Ghul, by Denny and Norm Breyfogle! Batman: Shaman (DC, 1989). Collecting Denny and Ed Hannigan’s five-issue storyline from Legends of the Dark Knight #1-5, “Shaman” is a taut Year One tale of young Bruce Wayne and some of the events that shaped him into the Batman he was destined to become. Daredevil: Love’s Labors Lost  (Marvel, 2003). It couldn’t have been easy for Denny and artist David Mazzucchelli to play in the same sandbox as Frank Miller’s acclaimed run on Daredevil, but O’Neil doesn’t seem to break a sweat, helping lead the story into Miller’s subsequent “Born Again” storyline. 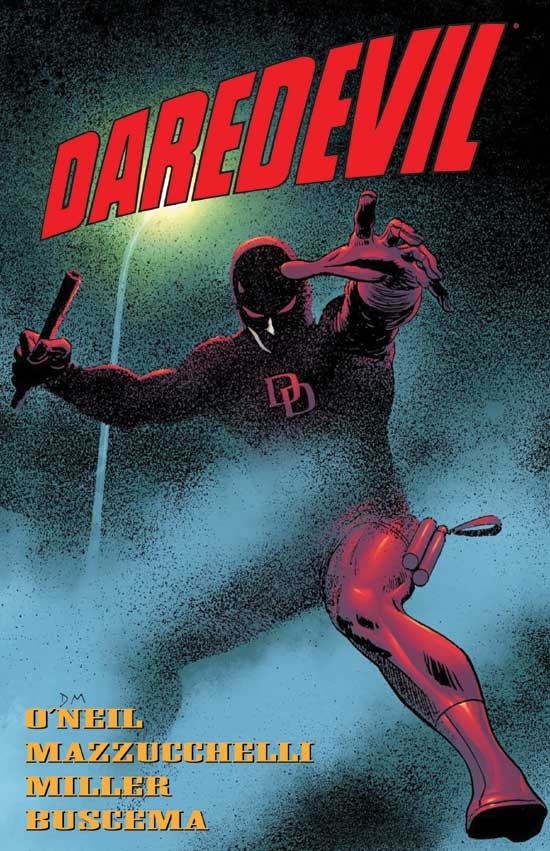 Batman: Knightfall (Bantam Books, 1994). The novelization of the epic 1993-94, yearlong, Batman/Bane back-breaking storyline, written by the group editor in charge of the event even as he simultaneously oversaw the story’s unfolding in the Batman titles. Having some knowledge of the behind-the-scenes “making of” the novel, I can tell you the struggle to meet the tight deadline was an adventure in itself. Batman: The Dark Knight (Berkley, 2008). … And this one of the second. The novelization of the third book in the series went to another writer. NEXT: The Man with the Dinosaur Signature.

“I discovered Marvel Comics in college. This was 1964 or 1965. I was about a year or two behind everybody else. Marvel had just kind of moved into high gear at about the time I discovered them. So, I was a big Marvel reader, for about four years. When I graduated, I had about a year off and then I went back to college. I liked it so much, I couldn’t stay away. I liked being in college. Being in college was just wonderful.”

— Walter Simonson, Direct Comments: Comic Creators In Their Own Words