I know where I was at 7:30 p.m. on Wednesday, Jan. 12, 1966. I was planted on the floor in front of our big console television set, tuned to ABC-TV, Channel 7 in New York, eyes glued to the screen for the premiere of Batman, starring Adam West.

I had been reading comic books for what felt like my entire life by then (I was two days shy of being exactly 10 and one-half years old). I devoured the four-color adventures of Batman, Superman, Wonder Woman, and the rest of their superpowered colleagues. And, as much as I loved The Adventures of Superman, it had been a staple of my after-school TV viewing for years by then and even 104 episodes don’t go very far on a rotating daily syndicated basis.

But Batman was something new and different.

Batman was bold, bright, and, for its time, totally insane.

Superman battled generic gangsters in suits and ties, a few packing death-rays, maybe the occasional robot or two, but the Man of Steel’s “thrill-packed episodes” looked a little lame next to the supervillain-packed Batman. Even the 1950s color episodes of Superman looked faded and washed out next to the vividly four-colored Caped Crusader.

And Batman had Adam West. And Adam West was the key to making Batman work.

Because in a world inhabited by freaky, crazy foes like the Joker, Catwoman, Egghead and Louie the Lilac, not to mention a simpering, ineffectual police commissioner and his perpetually angry but otherwise useless second-in-command, and a home life that featured a dotty old aunt and a put-upon but game-for-anything butler, the man at the center of it all had to be anything but freaky and crazy. He had to be a rock solid, square-jawed man of honor and integrity. 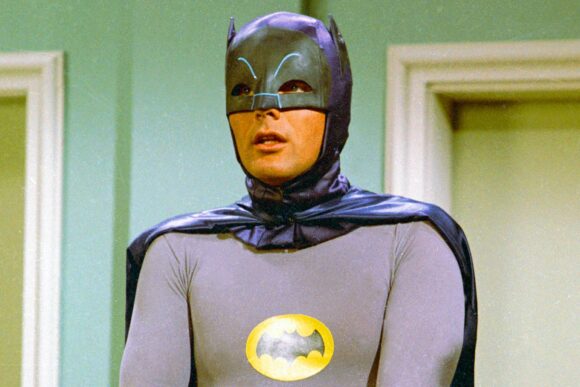 It was most of those things, but it wasn’t “bad,” despite its creator’s claim. (Then again, this was the same man who admitted in another interview that when he had been seen by a friend reading some Batman comic books on an airplane, “I felt a little bit like an idiot.”)

What Dozier did was to capture lightning in a bottle, and Adam West and co-star Burt Ward were its conduits. Ward was perfect as the earnest, enthusiastic young protégé, Dick Grayson, aka Robin the Boy Wonder. But the weight of Batman rested squarely on the shoulders of the Caped Crusader and his alter ego, Bruce Wayne. If West couldn’t carry the load, the show would collapse under its own campiness. Adam West understood the role and, unlike Dozier, wasn’t embarrassed to be associated with the Dynamic Duo. In his autobiography, Back to the Batcave, West wrote, “Dozier doesn’t remember at what point he came up with the idea to do the show as a lampoon comedy, but he once said it grew out of his embarrassment from being seen on airplanes with the comic books in his briefcase. I never understood the loathing he had for the (comics) medium. … Maybe he didn’t like people thinking he enjoyed looking at what he considered garbage.”

He also wrote, “The same kind of preparation and concentration that goes into any role was essential in playing Batman. … Batman required an emotional honesty. … Obviously, Bruce Wayne was a scarred child seeing a thug, Joe Chill… kill his parents during a robbery attempt.”

West’s Batman was sharp, focused, prone to pauses as he put all the clues together in a mind trained from childhood in logic, criminology and the sciences. He was totally unselfish, and he did not know how to surrender to defeat. His Bruce Wayne, on the other hand, was a flip, young man-about-town with not much on his mind, always rushing off to polo matches or museum openings. 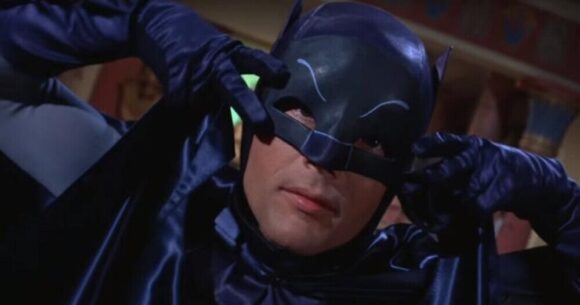 Kids loved Batman and, true to Dozier’s prediction, so did their parents. Adam West never winked or nodded to his viewers like this was some sort of joke he was letting them in on, never played Batman as anything but the most solid, serious, upright citizen of Gotham City. Mom and Dad chuckled along while the young ones watched in rapt, wide-eyed wonder, but the point was that grown-ups were also watching!

Adam West was already a seasoned veteran with a wide variety of roles under his utility belt by the time he was selected to play Batman. Even then, I knew his face, if not his name, from movies, particularly Robinson Crusoe on Mars (1964) and The Outlaws Is Coming (1965) with the Three Stooges. I’m sure my parents recognized him from any number of earlier roles, co-starring with Paul Newman in The Young Philadelphians, or as Sgt. Steve Nelson on the popular drama The Detectives, or from his guest-appearances on numerous popular TV shows, including Perry Mason, The Outer Limits, The Real McCoys and many Westerns. 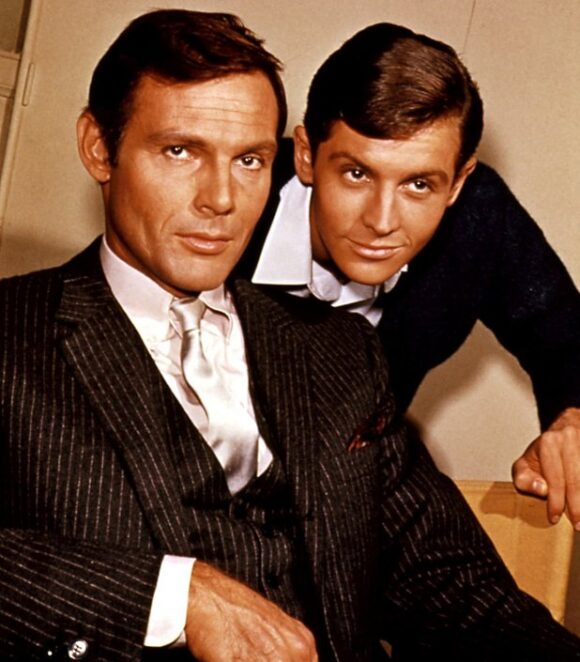 It would be more than 20 years before another actor donned the Batsuit, and I was excited as the rest of the comics community to see the big budget 1989 Batman hit the big screen. And though I cheered with the rest of the audience when Michael Keaton’s Dark Knight growled to the frightened criminal, “I’m Batman!” the voice of 10 and one-half-year-old me whispered somewhere in the back of my head, “Maybe… but you’re no Adam West!”

This piece first appeared in slightly different form in the 2017 TerrifiCon program. 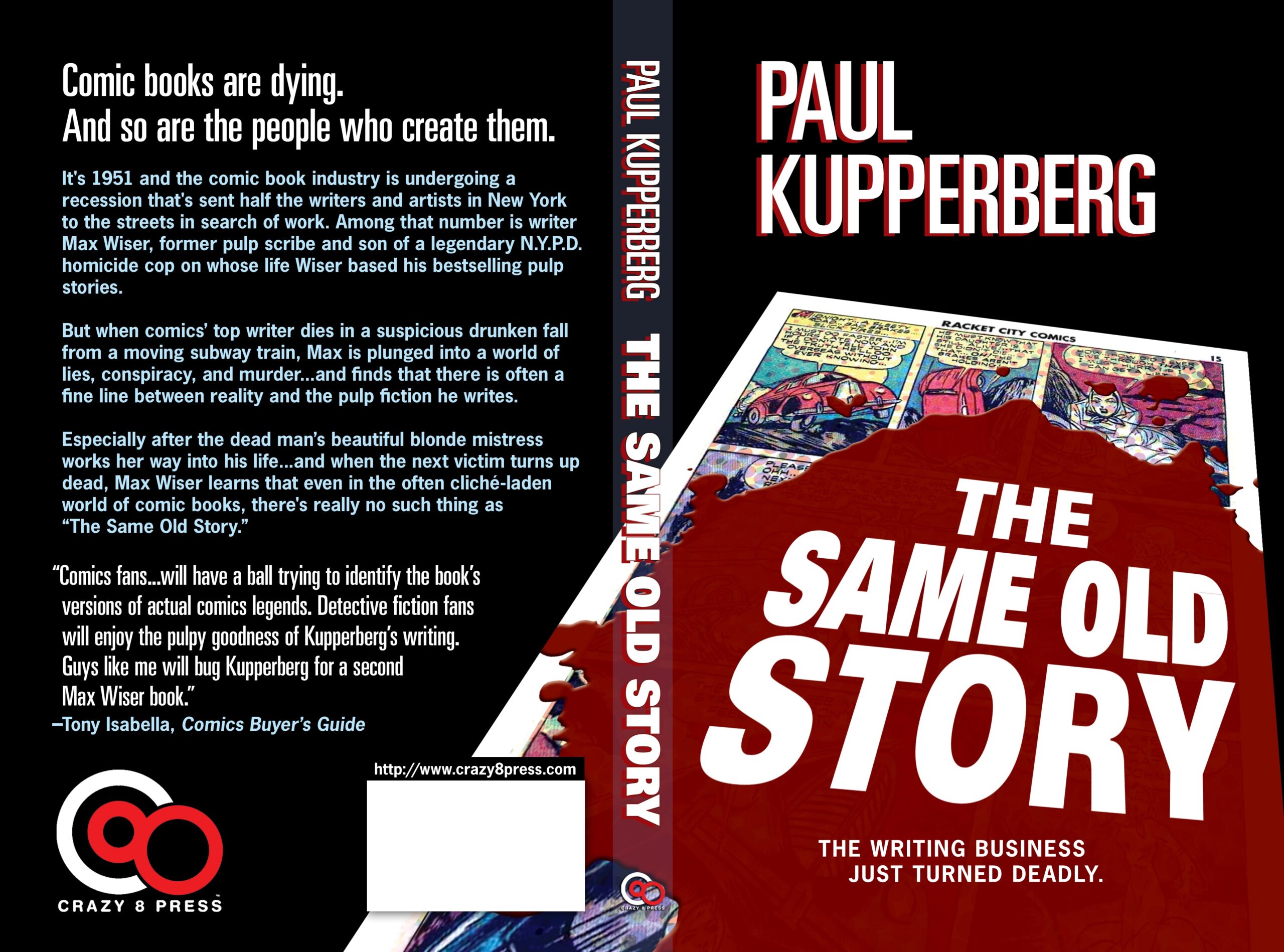