A BIRTHDAY SALUTE: The celebrated Mr. K’s latest in a recurring series of great stories about folks connected to the comics and sci-fi world… 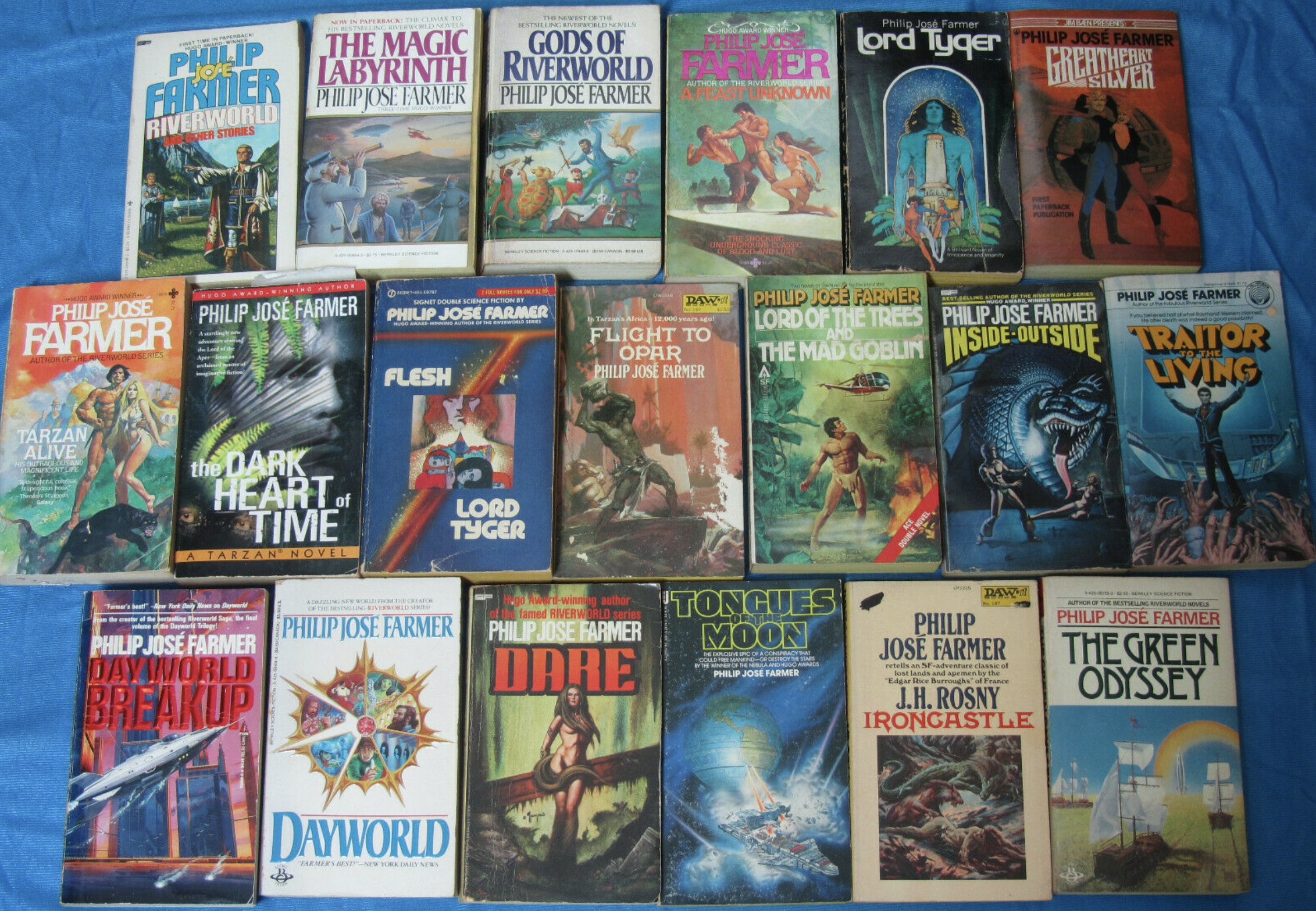 Welcome to columnist Paul Kupperberg’s recurring feature A COMIC MOMENT WITH… Having worked decades in the biz, Paul has so many great, humorous stories to tell, this seemed like a really groovy way to share some of them — especially on birthdays. This time out, it’s the late writer PHILIP JOSE FARMER, who was born 104 years ago!

Philip Jose Farmer (Jan. 26, 1918 – Feb. 25, 2009) was a writer who created science fiction stories from a unique stew of creative influences, ranging from religious and political themes to pulp heroes and history. His World of Tiers and Riverworld novel series both deal with grand themes, free will, and artificial worlds, and he created a mind-blowing shared universe (and bloodline) of fiction characters and their creators in his “Wold Newton” novels and stories.

I first encountered Philip Jose Farmer’s writing in Harlan Ellison’s groundbreaking 1967 new direction science fiction anthology Dangerous Visions with his story “Riders of the Purple Wage” and became an immediate fan. I think the first novel of his I found in the library was Behind the Walls of Terra (1970), the fourth of the World of Tiers books, which taught me I needed to read books like these in order, as well as to read more Farmer. 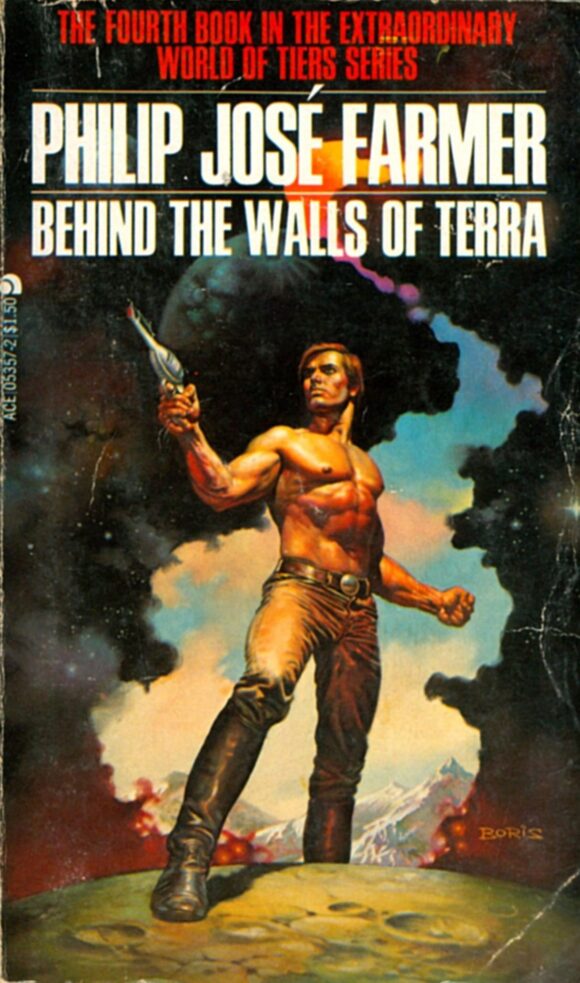 I was on board for the 1971 publication To Your Scattered Bodies Go, the first in the Riverworld series, and devoured it and the subsequent sequels (four over the next dozen years), rereading the series from the start with each new book.

Farmer was a guest at Phil Seuling’s 1972 (if I remember correctly) New York Comic Art Convention, as was I. While I would have attended the con regardless of the guest list, I was anxious to meet Phil Farmer and get his new book, Tarzan Alive: A Definitive Biography of Lord Greystoke (Doubleday, 1972). 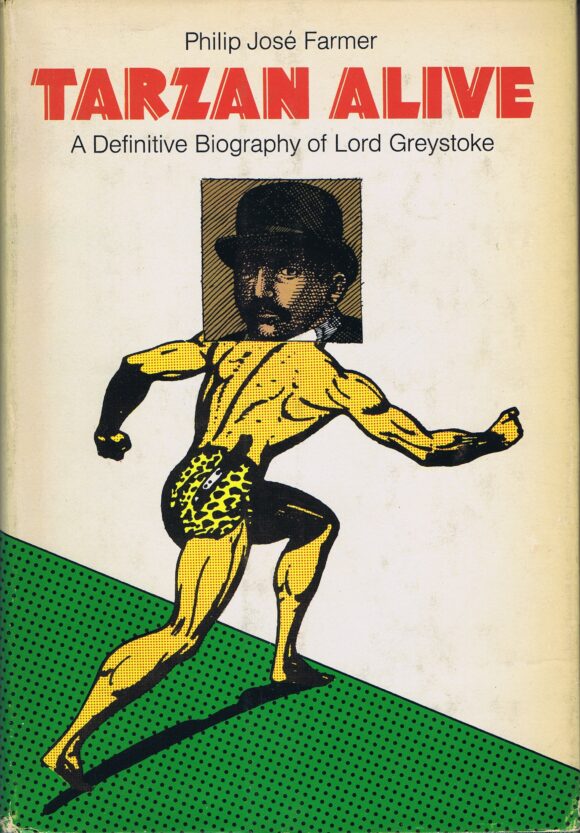 I waited patiently in line, and when it was my turn, I laid my six bucks down in front of the author for the hardcover with its intriguing dustjacket designed by Milton Glaser and began to babble my admiration for his work. He graciously waited until I had run out of steam and said some appreciative words in response, and pulled a copy of the book from the stack next to him.

As he leaned in with his pen to sign, I said, “My name is Paul. Could you sign it to Paul, please?”

He looked at me and smiled. “Are you sure? It’ll be a lot easier to sell if it’s not personalized.”

“Oh, I’m never going to sell it!” I promised. Tarzan Alive would be only the second signed book I owned. The first was the self-published autobiography A Job for Superman, by Kirk Alyn, who played Superman in the 1940s movie serials, which I had bought from the actor at the previous year’s convention.

Farmer scrawled his name across the title page, closed the cover, and slid it across the table to me. 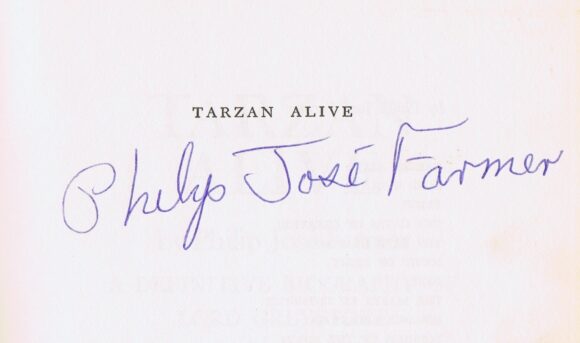 “You’ll thank me for this one day,” he assured me.

I picked up the book and opened it to the lonely signature, sitting there on the page without any sort of personalization to accompany it (my favorite personalization, by Elmore Leonard in a paperback edition of Mr. Majestyk, “To Paul, Take it easy”) and, accepting Farmer’s wisdom, extended my hand to shake his and said, “Thank you.”

“See!” Farmer exclaimed. “Didn’t I tell you you’d thank me!” 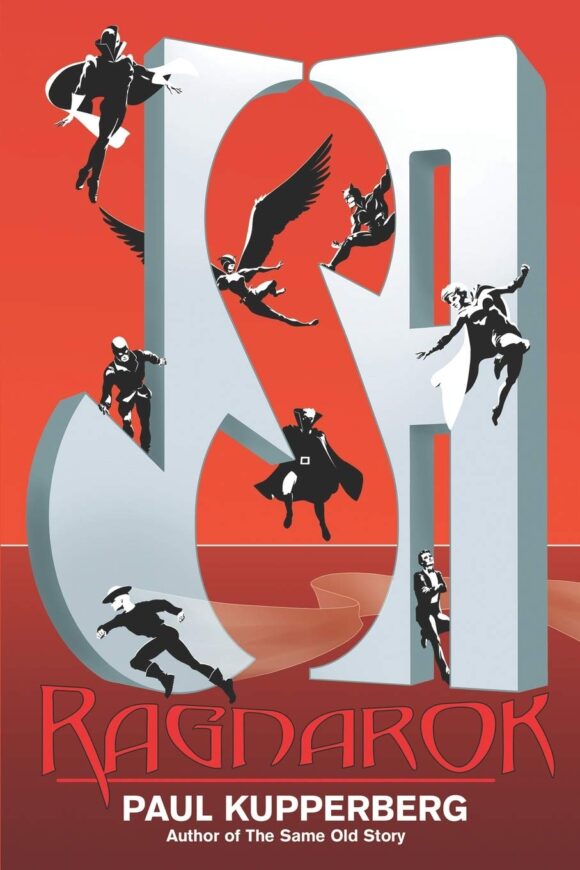