All the cool kids will be reading Lee, Kirby, Ditko — and MORE… 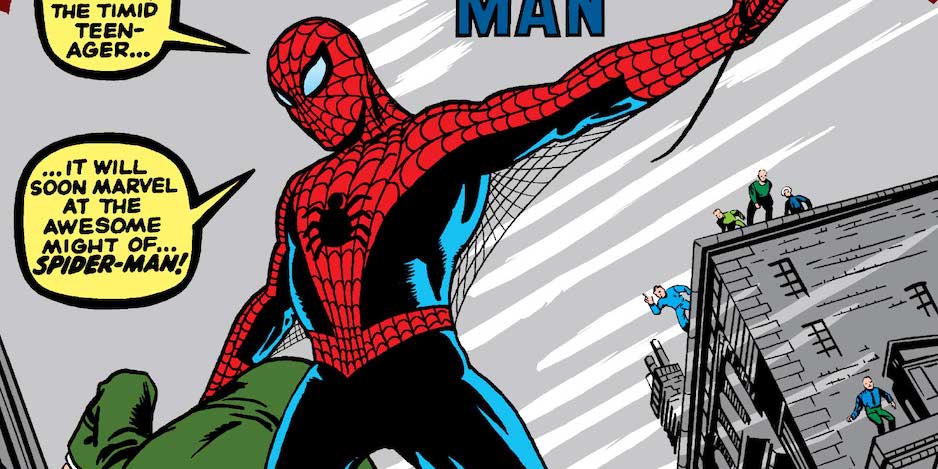 Well, Marvel is taking a crack at reaching those younger readers with a new line of 6″ x 9″ collections of some of the publisher’s greatest works — including Stan Lee and Steve Ditko’s original Spider-Man tales and Lee and Jack Kirby’s first Fantastic Four and X-Men stories.

“The Mighty Marvel Masterworks will collect the very beginning of Marvel’s most iconic heroes: the Fantastic Four, Spider-Man, the X-Men, and more,” the publisher announced. “The stories that kicked off the sagas of these beloved franchises will now be available in an accessible new 6 x 9 format that the whole family can enjoy!” 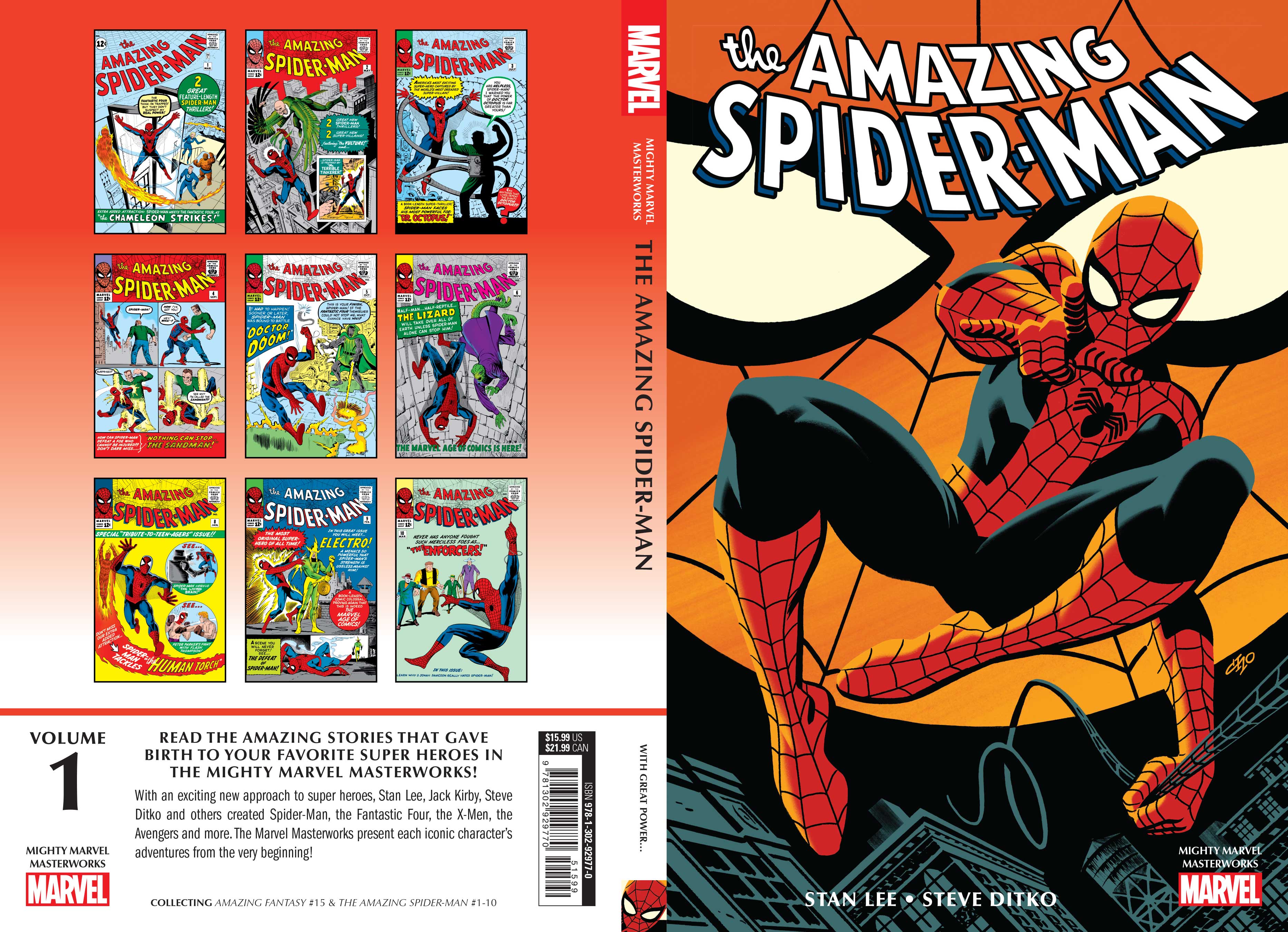 Here are Marvel’s descriptions of the first three editions, scheduled for June:

— Collecting AMAZING SPIDER-MAN (1963) #1-10 and material from AMAZING FANTASY (1962) #15, MIGHTY MARVEL MASTERWORKS: THE AMAZING SPIDER-MAN – WITH GREAT POWER will feature Peter Parker’s web-slinging adventures from the very beginning — including the tragic origin that started it all; the first appearances of the Daily Bugle, J. Jonah Jameson, Doctor Octopus, the Sandman, the Vulture and Electro; and guest-star nods from the Fantastic Four and Human Torch!

— Collecting FANTASTIC FOUR (1961) #1-10, MIGHTY MARVEL MASTERWORKS: THE FANTASTIC FOUR VOL. 1 will feature the fateful cosmic voyage of scientist Reed Richards, pilot Ben Grimm and siblings Sue and Johnny Storm, who became known to the world as Mr. Fantastic, the Thing, the Invisible Girl and the Human Torch —the Fantastic Four. See the first of their many extraordinary adventures including their first battles with legendary villains such as the Mole Man, the Skrulls, the Puppet Master, the Sub-Mariner, and the diabolical Doctor Doom.

— Collecting UNCANNY X-MEN (1963) #1-10, MIGHTY MARVEL MASTERWORKS: THE X-MEN – THE STRANGEST SUPER HEROES OF ALL will feature Professor X’s original teen team as they set off on a mission to forge peace between man and mutantkind. Meet Cyclops, Angel, Beast, Iceman and Marvel Girl and thrill to their first encounter with the Master of Magnetism, Magneto, and his Brotherhood of Evil Mutants. 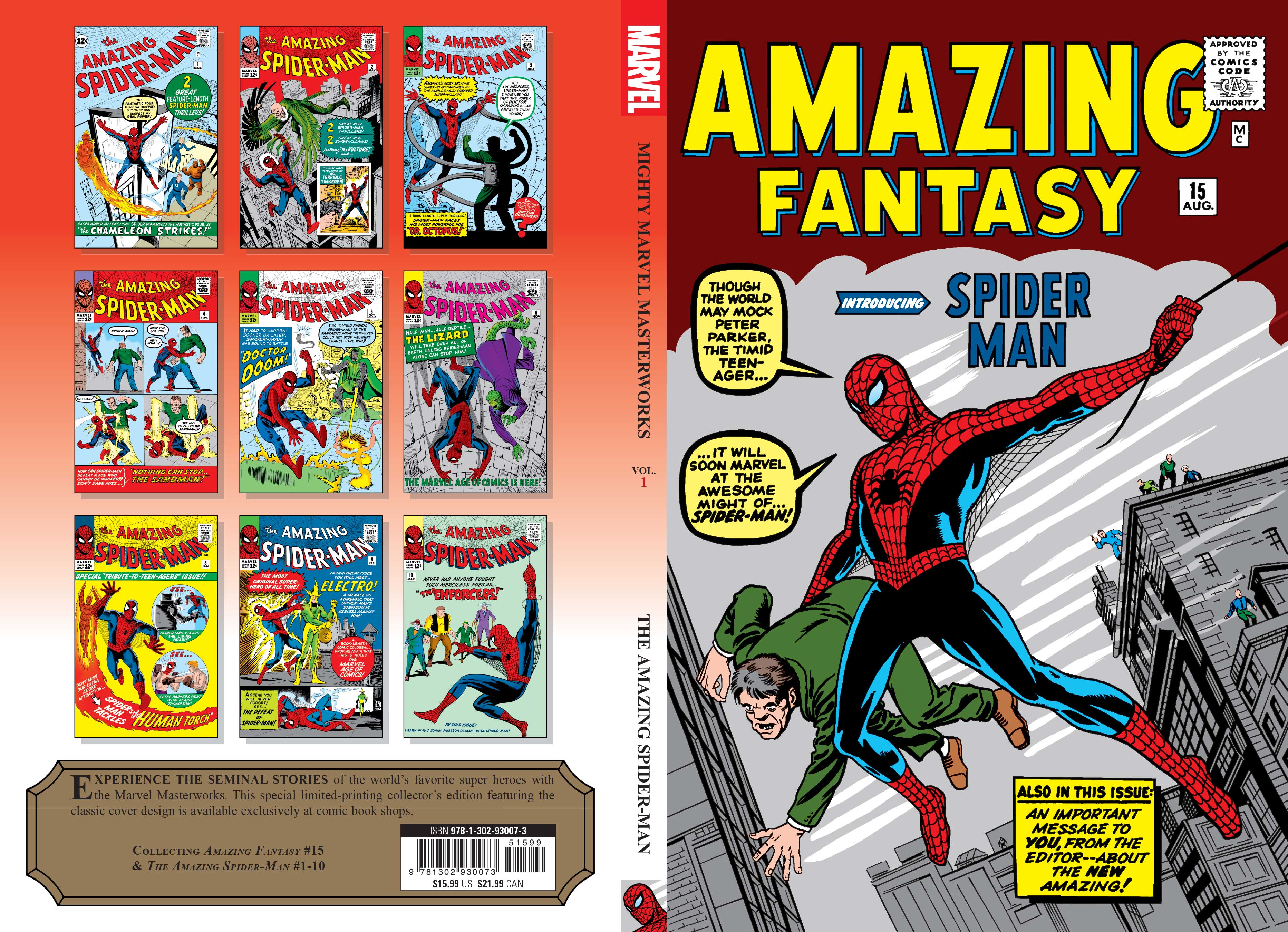 — Marvel only released the Spider-Man covers. The main one is by retro-fave Michael Cho and the variant — for comics shops only — will be based on Kirby and Ditko’s Amazing Fantasy #15 cover.

— Why the smaller dimensions? Books that size are popular in the youth market. That’s great, but it will mean the art will be smaller. That said, hopefully these books will prompt kids to seek out more — which is clearly the aim here. I imagine these will be popping up at school book fairs and possibly in young-reader sections at bookstores.

— Marvel’s announcement didn’t include exact release dates, but Amazon notes that Spider-Man is scheduled for June 22; Fantastic Four for July 27; and the X-Men for Aug. 24. That means they’re likely to be in comics shops a week or two earlier.

— Marvel’s Classic WHAT IF? to Get Omnibus Treatment — With Three Different Covers. Click here.