Marvel’s Classic WHAT IF? to Get Omnibus Treatment — With Three Different Covers

Home » COMICS HISTORY » Marvel’s Classic WHAT IF? to Get Omnibus Treatment — With Three Different Covers

Kirby? Buscema? Perez? What if you can’t choose? 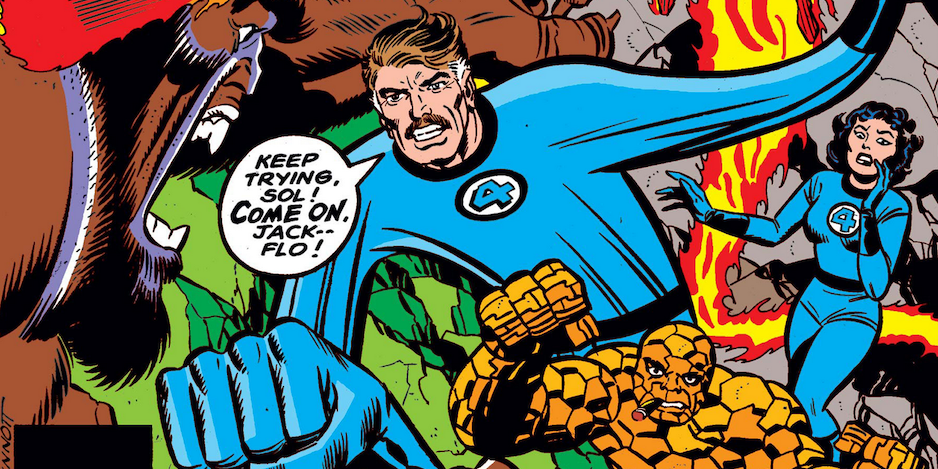 I don’t buy a huge number of omnibi because they can be unwieldy when you read them and it’s tough to commit to a lengthy series.

But some titles just cry out for that kind of completist packaging and Marvel’s classic What If? is one of them.

Well, with the MCU’s animated show on the horizon, Marvel is giving its Bronze Age cult-fave the omnibus treatment — with three different covers — according to the publisher’s latest solicitations.

WHAT IF? THE ORIGINAL MARVEL SERIES OMNIBUS VOL. 1 HC 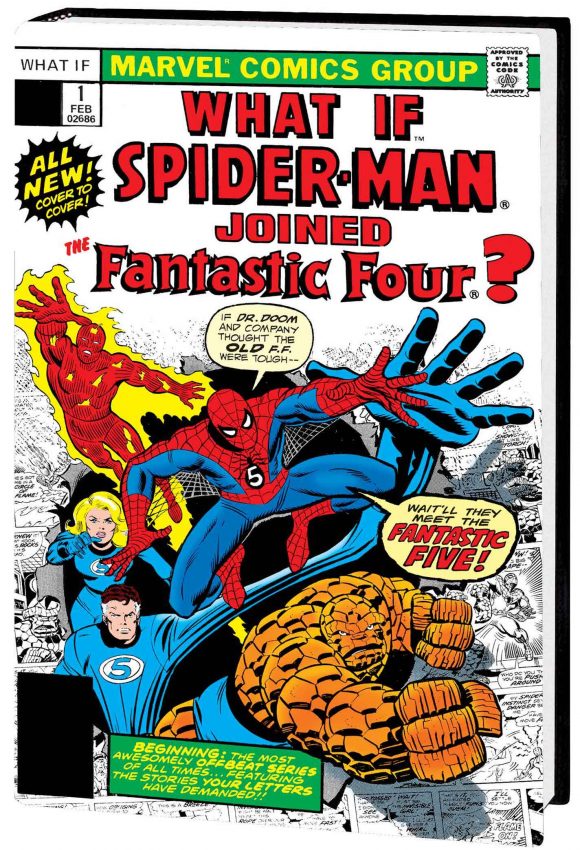 What if the Marvel Universe was not as you know it? Infinite realities offer infinite possibilities for classic creators to unleash their wildest imaginations — and ponder: What if Spider-Man joined the Fantastic Four? Or Captain America rescued Bucky in World War II? Or Doctor Doom became a hero? The FF get different powers! Other people get Spidey’s powers! Jane Foster finds the hammer of Thor! The Avengers assemble in the 1950s! Jack Kirby bombards the Marvel Bullpen with cosmic rays, Conan walks the modern day Earth and Doctor Strange becomes a disciple of Dormammu! Peter Parker stops the burglar who killed Uncle Ben, the Hulk keeps Bruce Banner’s intellect, the Invaders fight on after World War II and the Invisible Girl marries Namor — plus more thought-provoking tales that make you ask: What If? Collecting WHAT IF? (1977) #1-15 and #17-22.
776 PGS./Rated T …$100.00
ISBN: 978-1-302-92993-0
Trim size: 7-1/4 x 10-7/8

— Marvel says the main cover is by George Perez — but that solicitation image above, with Issue #1 on the cover, isn’t believed to be by the Bronze Age master. (Who exactly drew it is a bit of a mystery.) So that’s either a placeholder or wires got crossed somewhere. Or maybe those are Perez’s pencils lurking under there, though there’s nothing I see to indicate his style. Time will tell.

— Meanwhile, here are the other two covers — by John Buscema and Jack Kirby — which will be available only through the direct market: 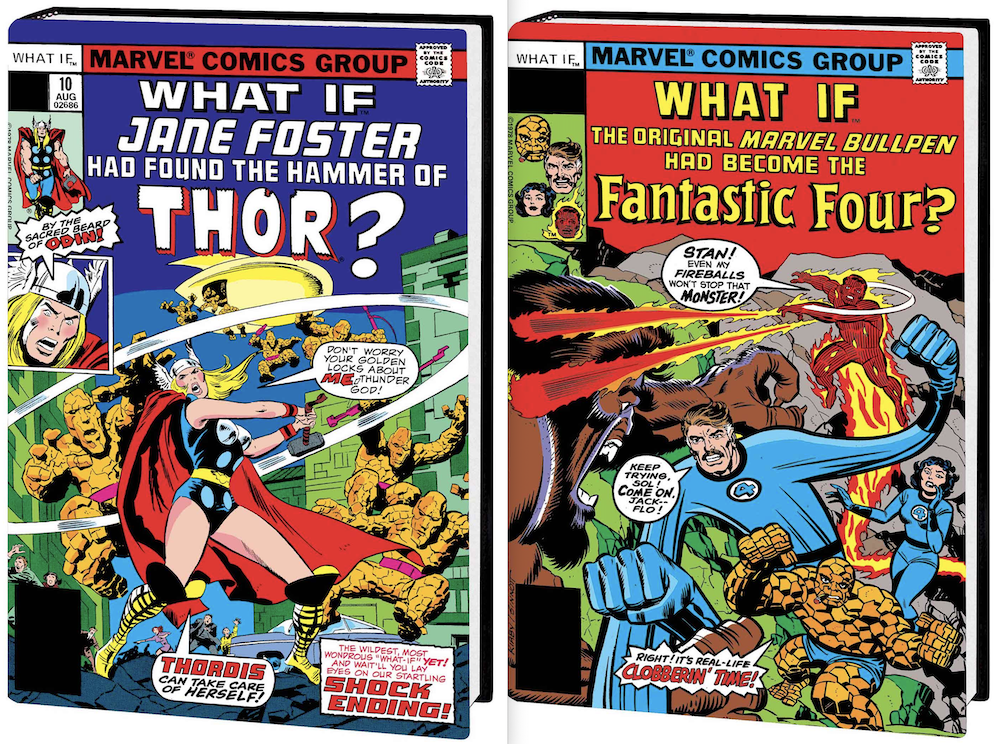 — The book is scheduled to be released Aug. 18.