(UPDATED: For the FIRST REVIEW of Batman and the Joker, click here.)

(UPDATED: For the FIRST REVIEW of Superman, click here.)

NECA, one of our fave toy manufacturers, has made a senses-shattering announcement: They are bringing 7-inch figures of Adam West, Christopher Reeve and Heath Ledger — and they are already available.

Not a trick, only a treat. 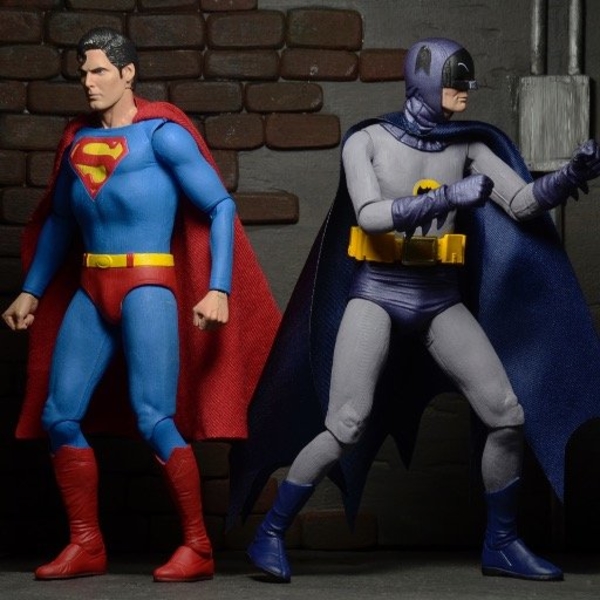 Pix are from NECA

West and Reeve have never been made in this scale before. Ledger’s been in the mix, but the quality has varied depending on the company. What’s also amazing is that the announcement is coming the same time as availability. Select Toys R Us will be carrying the three, as early as today, as will Warner Brothers’ eBay store. The whole thing is part of a home-video promotion but each will be about $30 — including a DVD. (See examples below.) 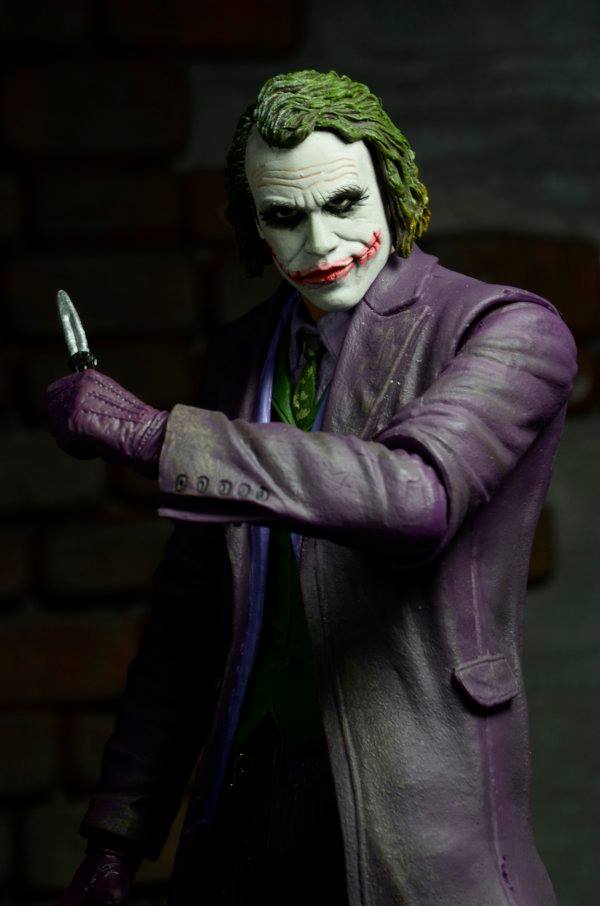 New 52 Batman and Superman model-style figures in a slightly smaller scale are part of this, too, coming in conjunction with NECA/WizKids’ HeroClix line.

Amazing. We’re gonna have a ton more on this in the coming days but until then, enjoy the pix and the official descriptions. I’m told that at TRU, kiosks and gondolas in stores will say something along the lines of: “Purchase any specially marked DVD and get 50% off any limited edition collectible figure below!” Same deal in WB’s eBay store except they are arranged into a bunch of different bundles. For more info, including how to get them, check out NECA’s Facebook page, here.

Batman (1966) – 7” Scale Action Figure – Batman (Adam West)
For nearly 50 years the Batman television series has delighted audiences, and for several generations of fans, Adam West is THE Batman. We grew up with his iconic version of Batman and are proud to present this 7″ tall poseable action figure featuring Adam West’s likeness, two pairs of hands, and Batarang and walkie-talkie accessories. Comes in collector-friendly window box packaging. 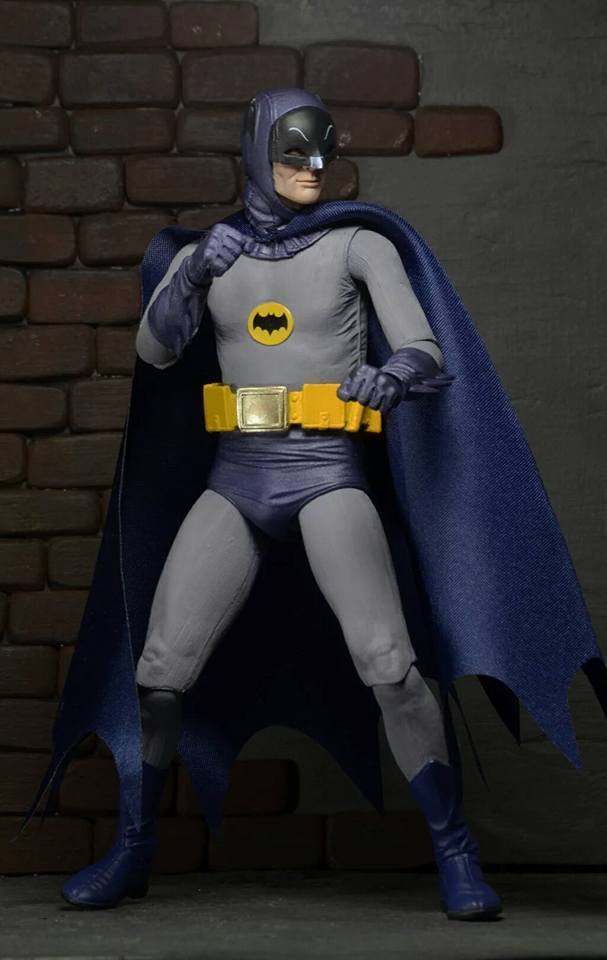 Why so serious? The arrival of the Joker in our 7″ scale action figure line is cause to celebrate! Based on Heath Ledger’s haunting portrayal of the Joker in 2008’s The Dark Knight, this detailed new figure features an authorized likeness and comes with knife, pistol, and machine gun accessories. Collector-friendly window box packaging.

We still believe a man can fly… Decades after its release, Christopher Reeve’s iconic portrayal of Superman in the 1978 movie remains the definitive version. Working closely with the Christopher and Dana Reeve Foundation and Warner Bros, we are deeply honored to bring the hero as generations have known him to our 7” scale line. The Superman action figure features the authorized likeness of Christopher Reeve, tailored soft fabric cape and interchangeable hands. Highly poseable and movie-accurate, this is a must-have for fans of every age. Collector-friendly window box packaging. 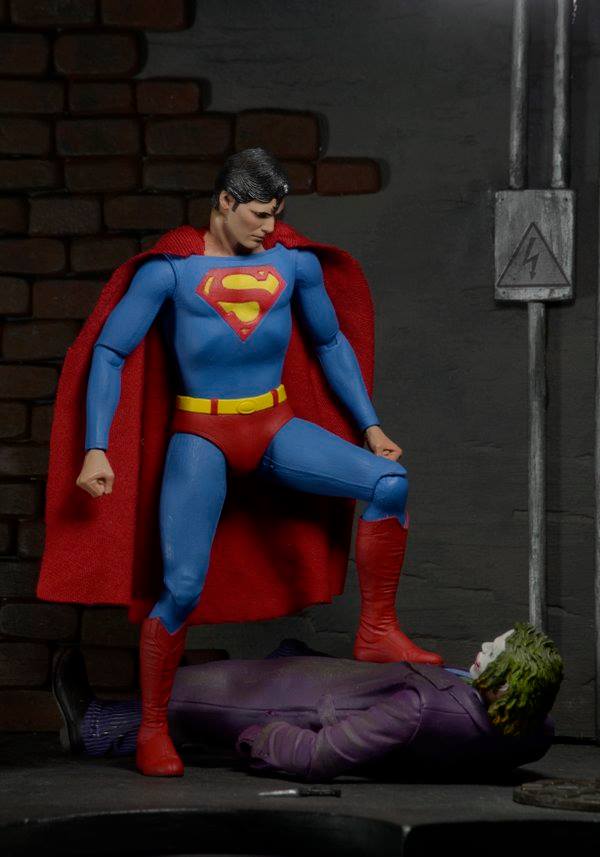 Introducing Extreme HeroClix from WizKids! Play your favorite Gotham and Metropolis heroes in a Megalithic battle against evil and display these statue quality models amongst your cherished collection. Each Extreme HeroClix figure is 6.25 inches tall, and comes on a 3 inch HeroClix dial. Add these monumental figures to your collection today! 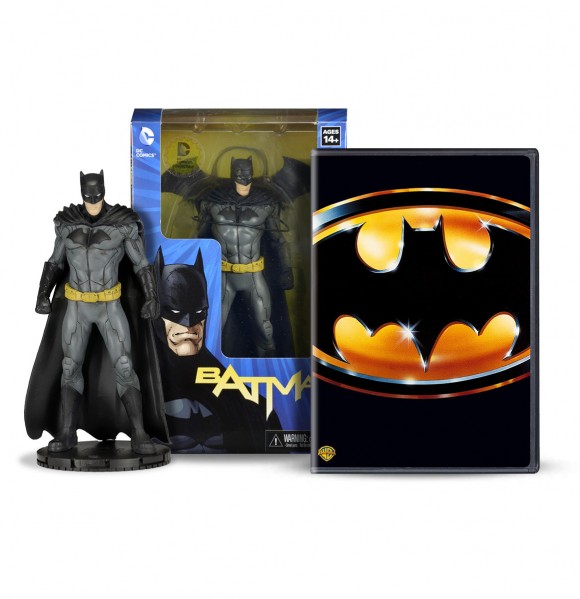 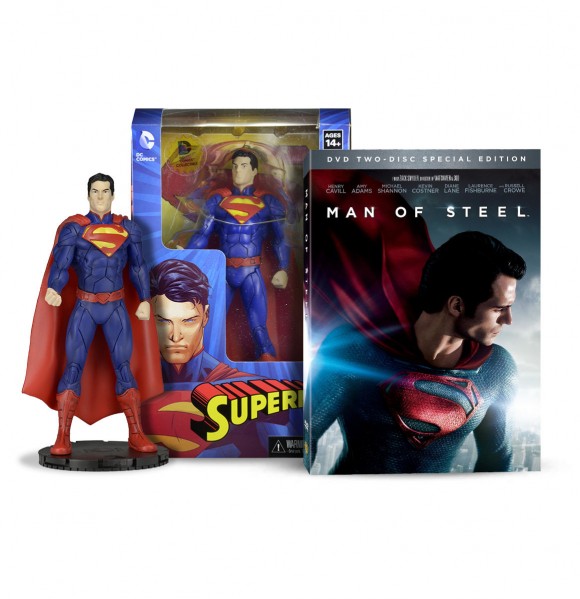 Here’s how they look in the boxes: