NEAL ADAMS Fought For Creators Down to the Last Dollar, by MARK WAID

Home » COMICS HISTORY » NEAL ADAMS Fought For Creators Down to the Last Dollar, by MARK WAID 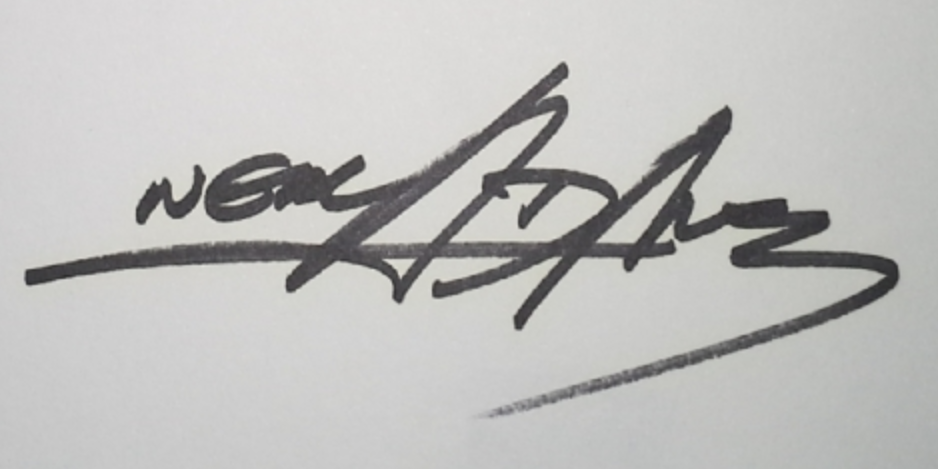 Neal Adams found DC Comics at almost the same time I did — Neal as a freelancer, me as a wide-eyed kid of 6. I vividly remember seeing his earliest cover work, and by the time he began illustrating stories, I sat up and took notice. He was the first artist who I could call my favorite, the first whose name I learned, the first whose work I actively sought out because every story felt like something extra-special, because it was. And once I became a professional writer, working with Neal — somehow, somewhere — was a high-priority career goal that I never stopped chasing.

When I finally got my chance a couple of years ago, with our Fantastic Four: Antithesis mini-series, I had no clue that I would be the last writer to ever work with him. How could that be? He was immortal. He was still as enthusiastic, as vibrant as ever. His art was every bit as spectacular and polished as it ever was — at age 78! — and every pencilled page that came through e-mail was a joy for both me and for the kid inside of me. 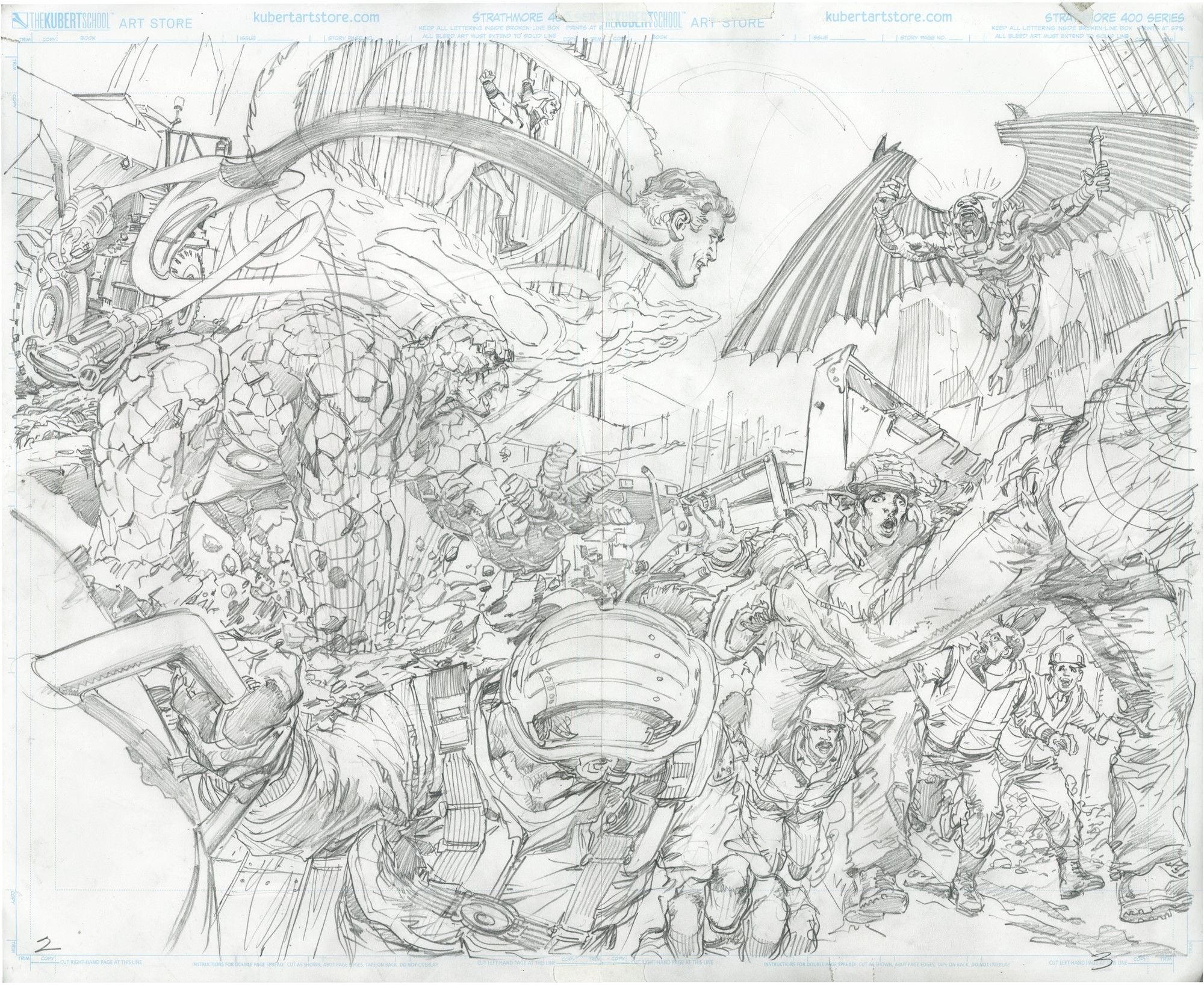 Even better, he was insanely easy to work with. Neal was a writer, too — and a forceful, opinionated man — so I was prepared for many iron-fisted story dictates (and, frankly, would have rolled over on any of them). I needn’t have worried. He had exactly three:

1. A full-page shot of Galactus somewhere in the story, because he knew he could sell the original art for a lot of money. 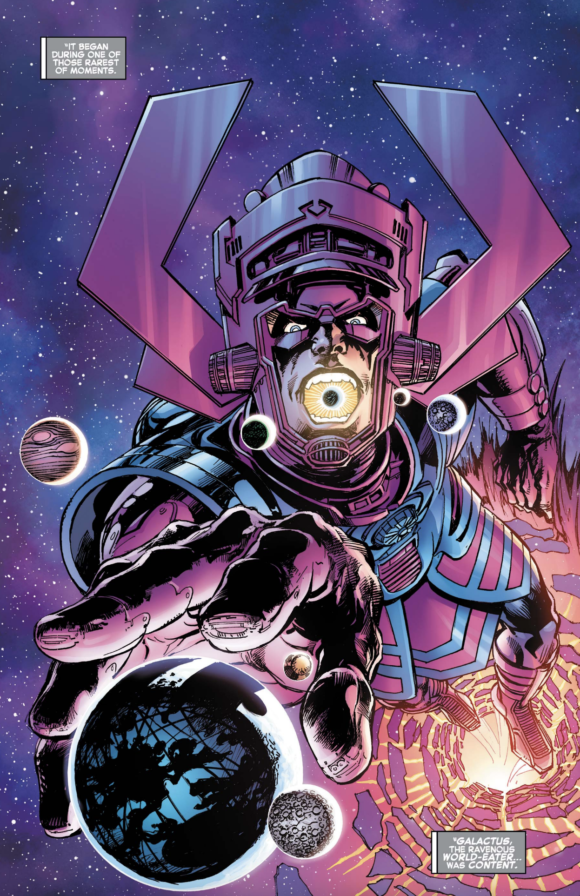 2. A two-page spread of the Silver Surfer, because he knew he could sell it for even more. 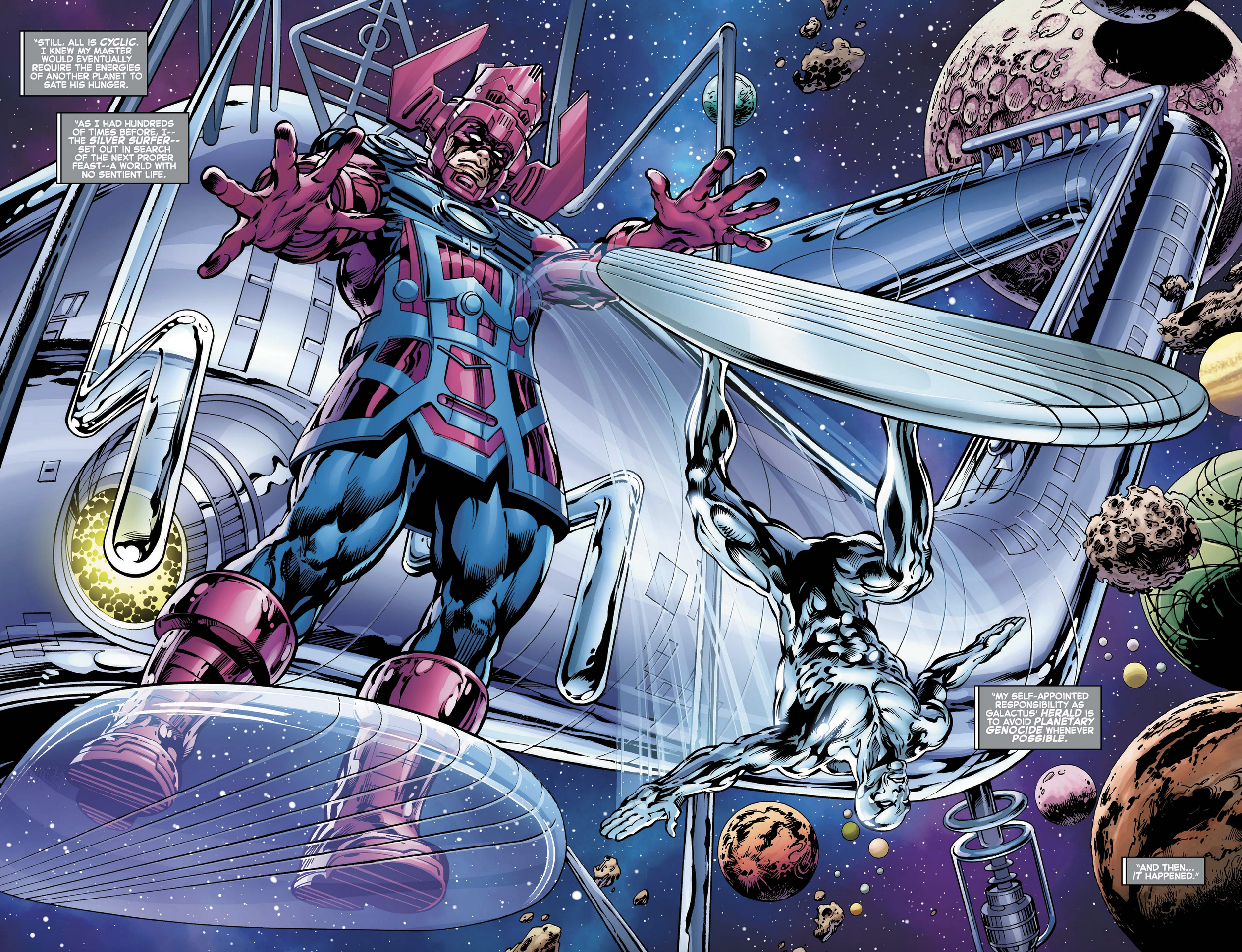 3. Write him something positive and life-affirming: “I have a crush on goodness, I don’t like badness to win.” I told him he didn’t even have to ask; that’s what I do. Neither of us had much use for cynicism.

Those first two make me chuckle — Neal never in his life left a single dollar on a single table — but it’s the third one that actually spoke the most about him. He wasn’t just an illustrator or a storyteller. Neal was a crusader for creators’ rights. He looked out for others and was fiercely protective of his colleagues. He was passionate, he was loud, and he didn’t like bullies. In fact, I say he never left a dollar behind, but that’s not really true — he left lots of money behind over the years because he wouldn’t betray his principles, an admirable trait. But when those principles were not being tested, well…

I was walking around the Baltimore Comic-Con floor several years ago. Neal — as charming and charismatic a man as you’d ever meet — came up to me. He had been to my table and had seen that I wasn’t charging for autographs, and he wasn’t having it. He wasn’t wrong –being at a show, regardless of how much fun a pro is having, is rarely cash-compensated and is still time away from paying work, so an argument can be made. 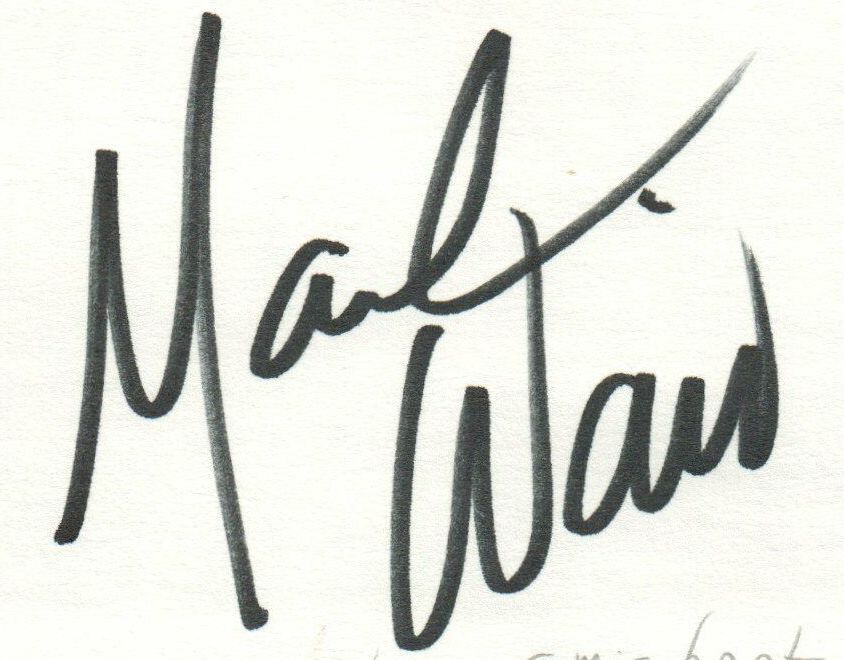 Neal, genuinely being protective of me, knew this well and demanded out of the blue that I begin charging, and that the fee should be exactly $20.

“Because that’s the coin of the realm. That’s what comes out of ATMs — $20 bills. That’s the most common currency. Easy transaction, no muss, no fuss. $20.”

To prove his point, he then proceed to grab every wandering stranger within arm’s reach and asked them if they’d pay $20 for Mark Waid’s autograph. Of course they all said yes. Not because they cared about or even knew who I was, but because it was the fastest way to separate themselves from the crazy man who’d just grabbed their arm. I wanted to die. There was no such opportunity. 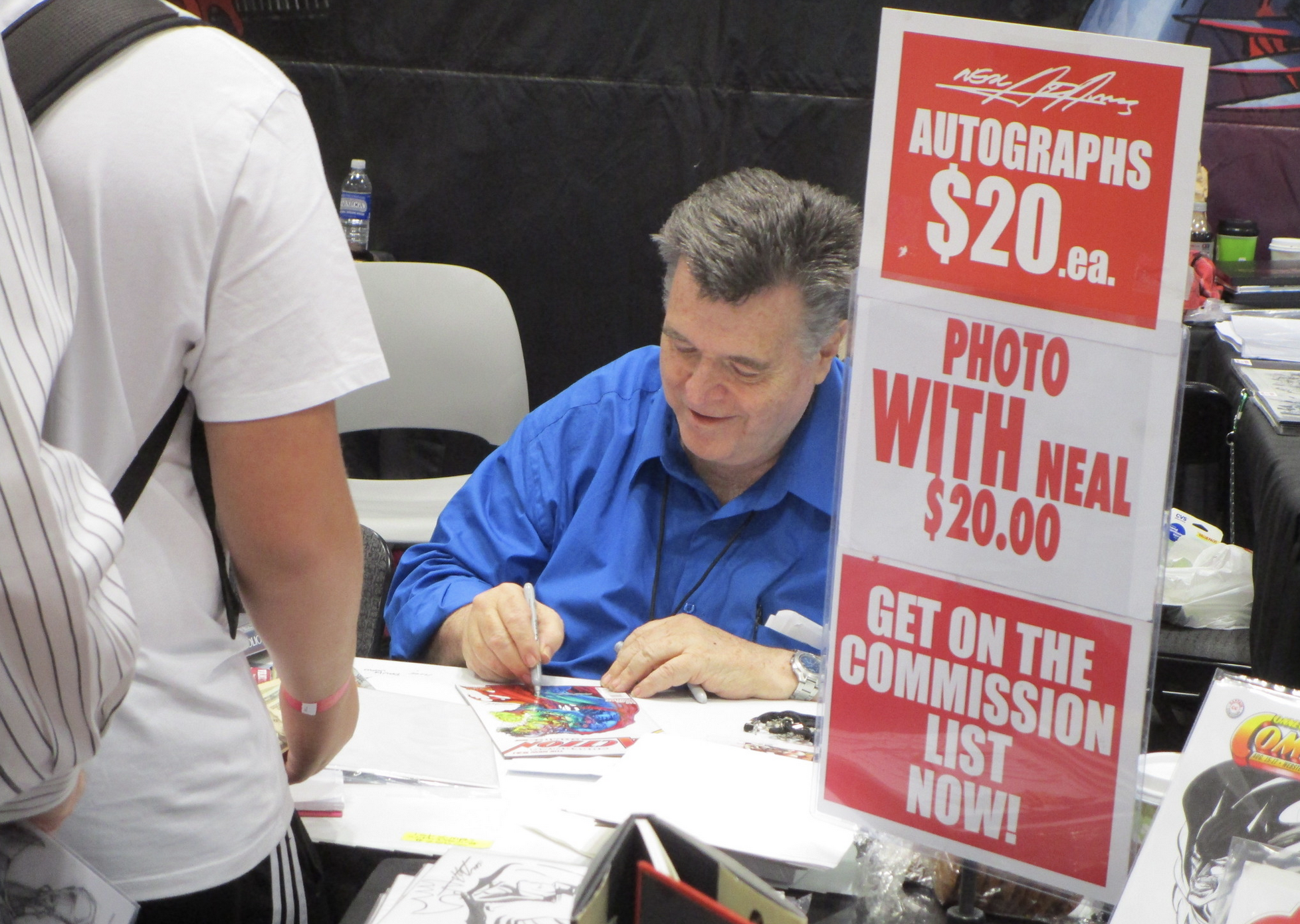 Neal, who was legitimately looking out for me because he liked me and he cared about other creators, just kept demanding that I charge $20. Over and over again. The coin of the realm. $20. $20. Until I finally said I’d think about it and he left.

The next time I saw him at a show, I went up to Neal’s table to say Hi and watched him sign a kid’s book.

I loved Neal. Rest in peace, sir. You earned it with all the good you did here on Earth and then some. Your absence makes this world smaller. Enjoy Heaven.

But resist the urge to charge God for a sketch.

Mark Waid has written just about every major comics character under the sun. His most recent project is World’s Finest for DC.