EXCLUSIVE FIRST LOOK: A playset for the rogue in all of us… 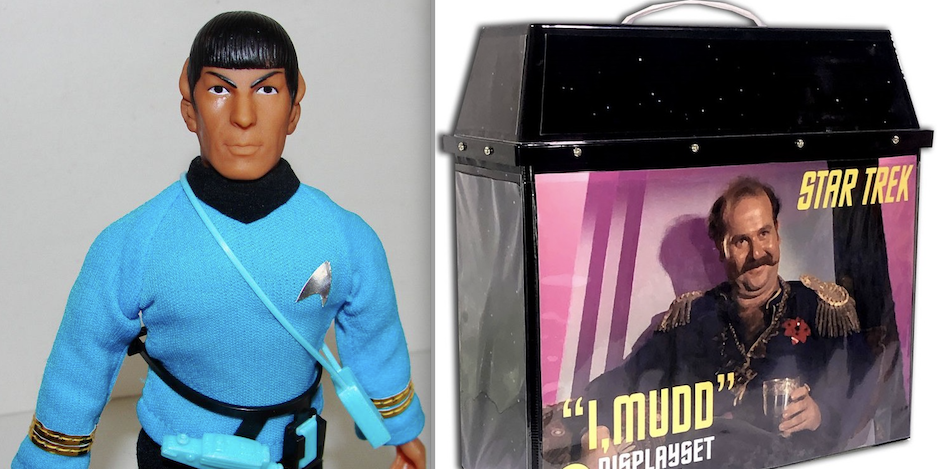 Harry Mudd is one of Star Trek’s most beloved characters but unfortunately, he’s never had a wide-issue Mego or Mego-like figure. No matter! That hasn’t stopped customizing king Anthony Durso from producing a Mudd’s World playset — a DayGlo-infused display that looks like it jumped right off the screen.

It’s the latest 8-inch-scale playset from Anthony’s The Toyroom — joining about three dozen others he’s already created, from superheroes to sci-fi.

Dig this EXCLUSIVE INSIDE LOOK, along with Anthony’s commentary: 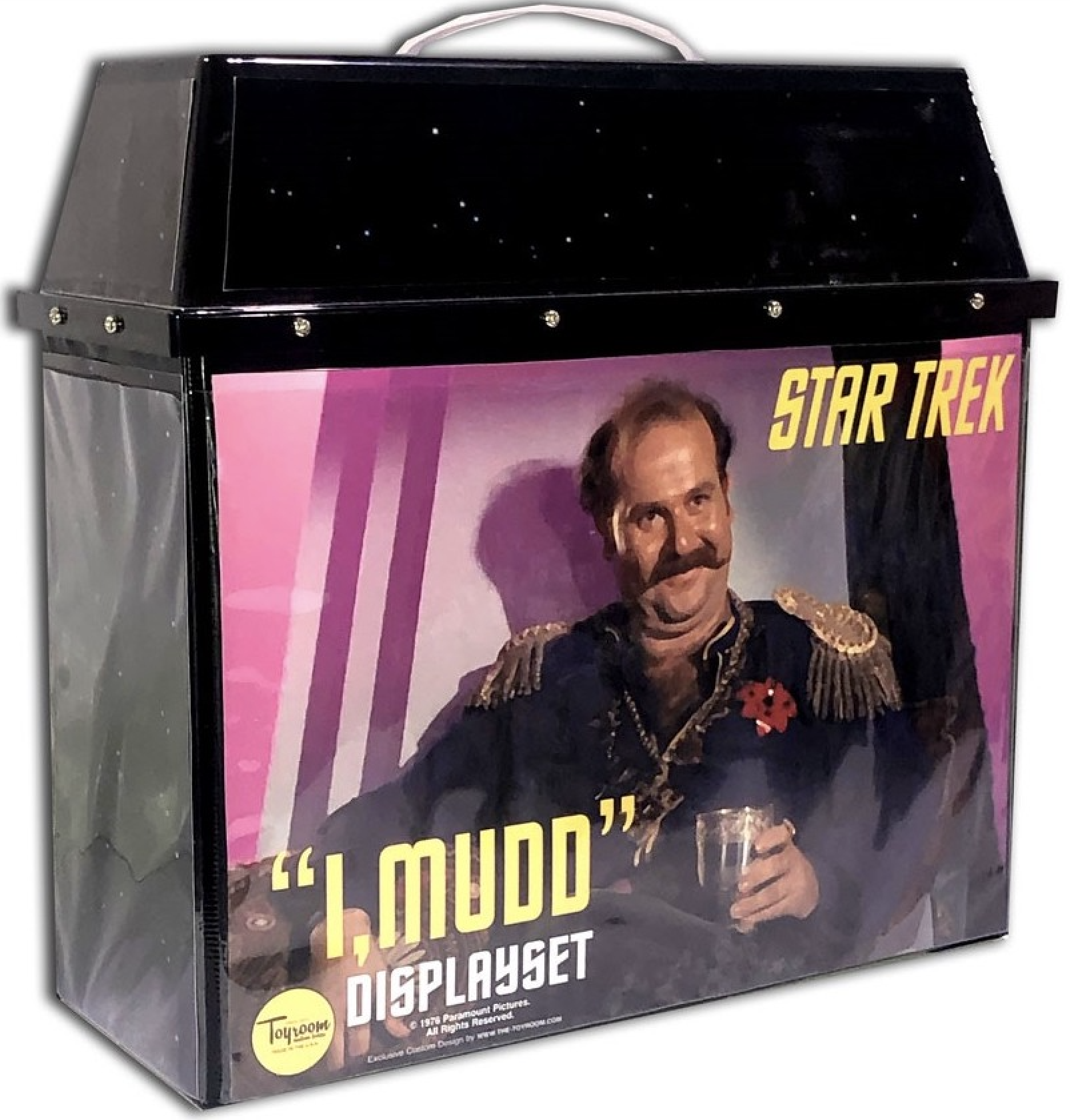 “Harry Mudd (played by Roger C. Carmel) was the only antagonist to face Captain Kirk and crew TWICE on the Original Series, first in Season 1’s “Mudd’s Women” and then again in Season 2’s “I, Mudd”. This displayset is based on the latter episode and features some work I had done in the preliminary stages of what eventually became the K-7 Space Station Displayset (from “The Trouble With Tribbles”),” Anthony, who is also a 13th Dimension contributor, explained. 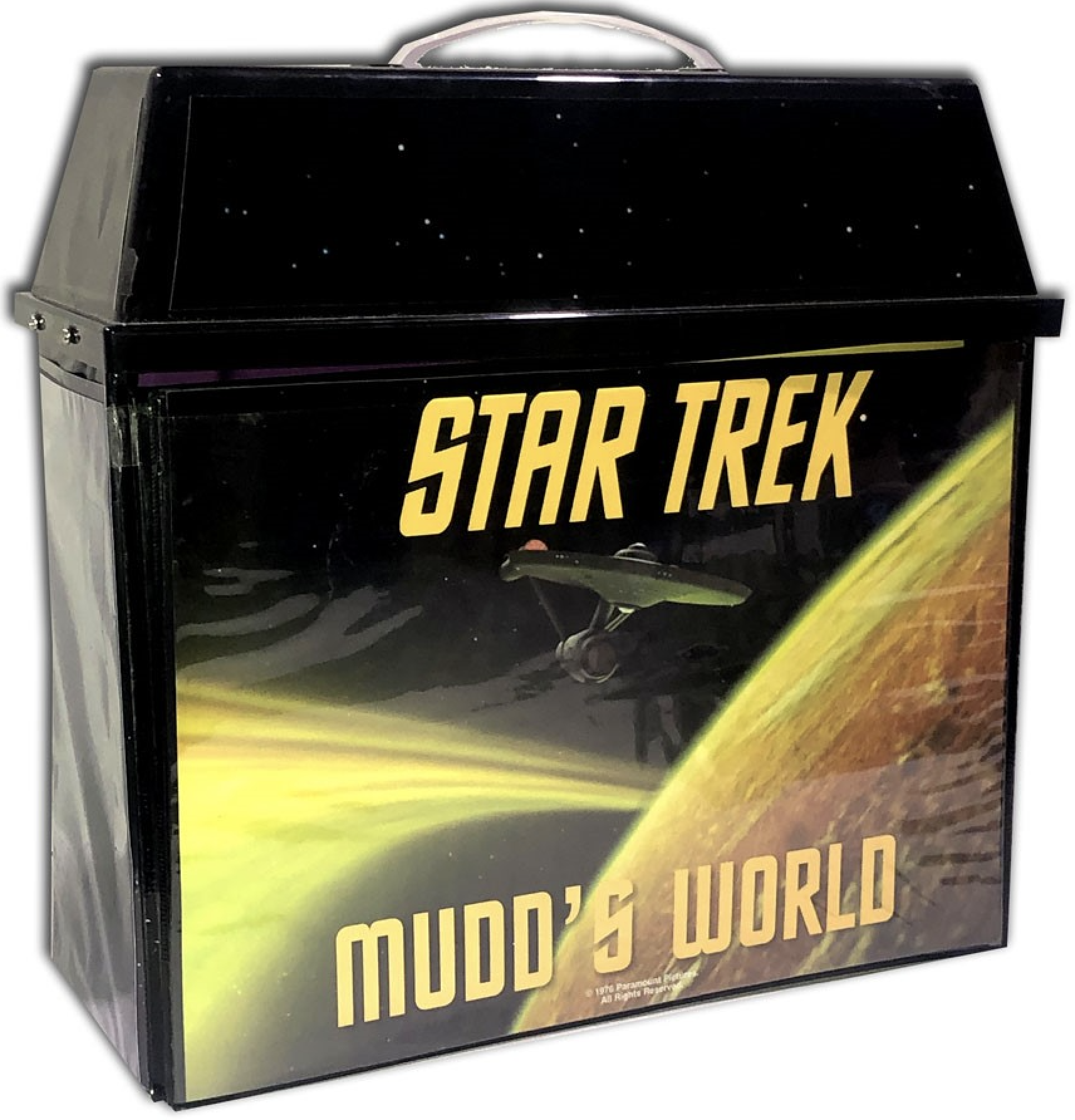 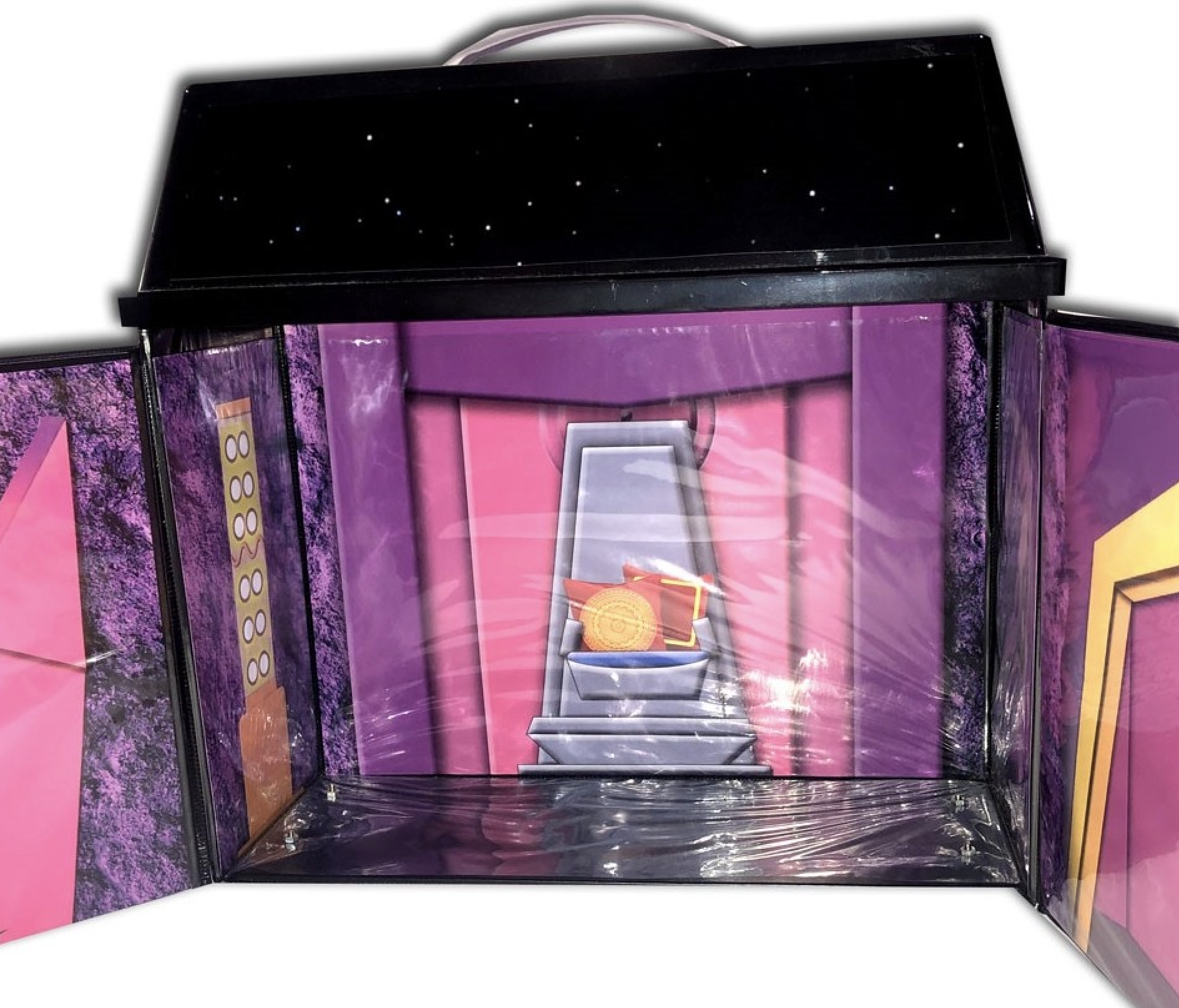 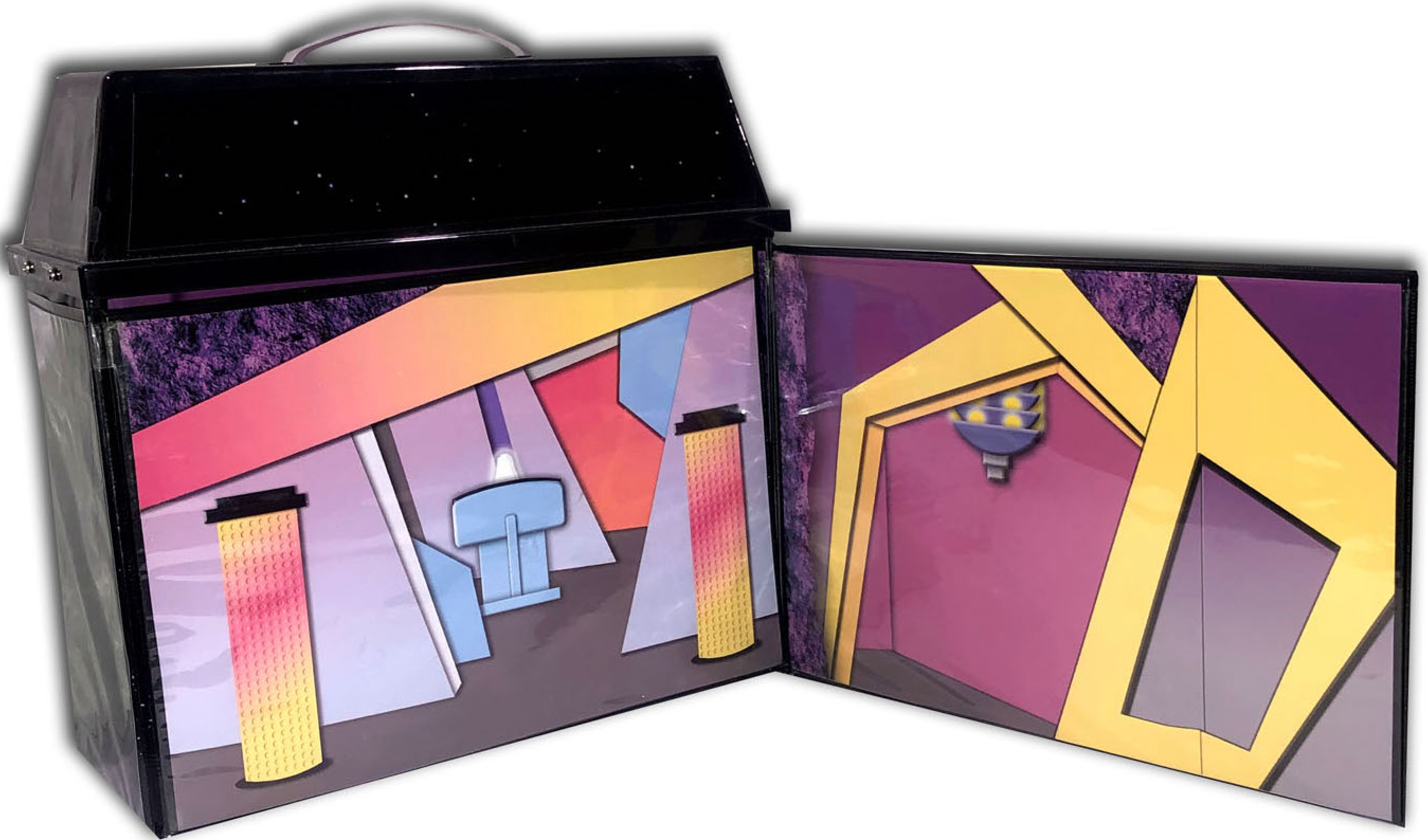 “It was a pretty colorful set piece and the playset showcases the all important Throne Room,” Anthony added. “In addition there are other adjacent entrances/exits to other areas. And although the hundreds of androids (the Alices, Norman and others) seem to be hiding (possibly planning something sinister, like overthrowing the Enterprise), Stella IS there, just waiting to be activated and told to ‘Shut up!'” he added. 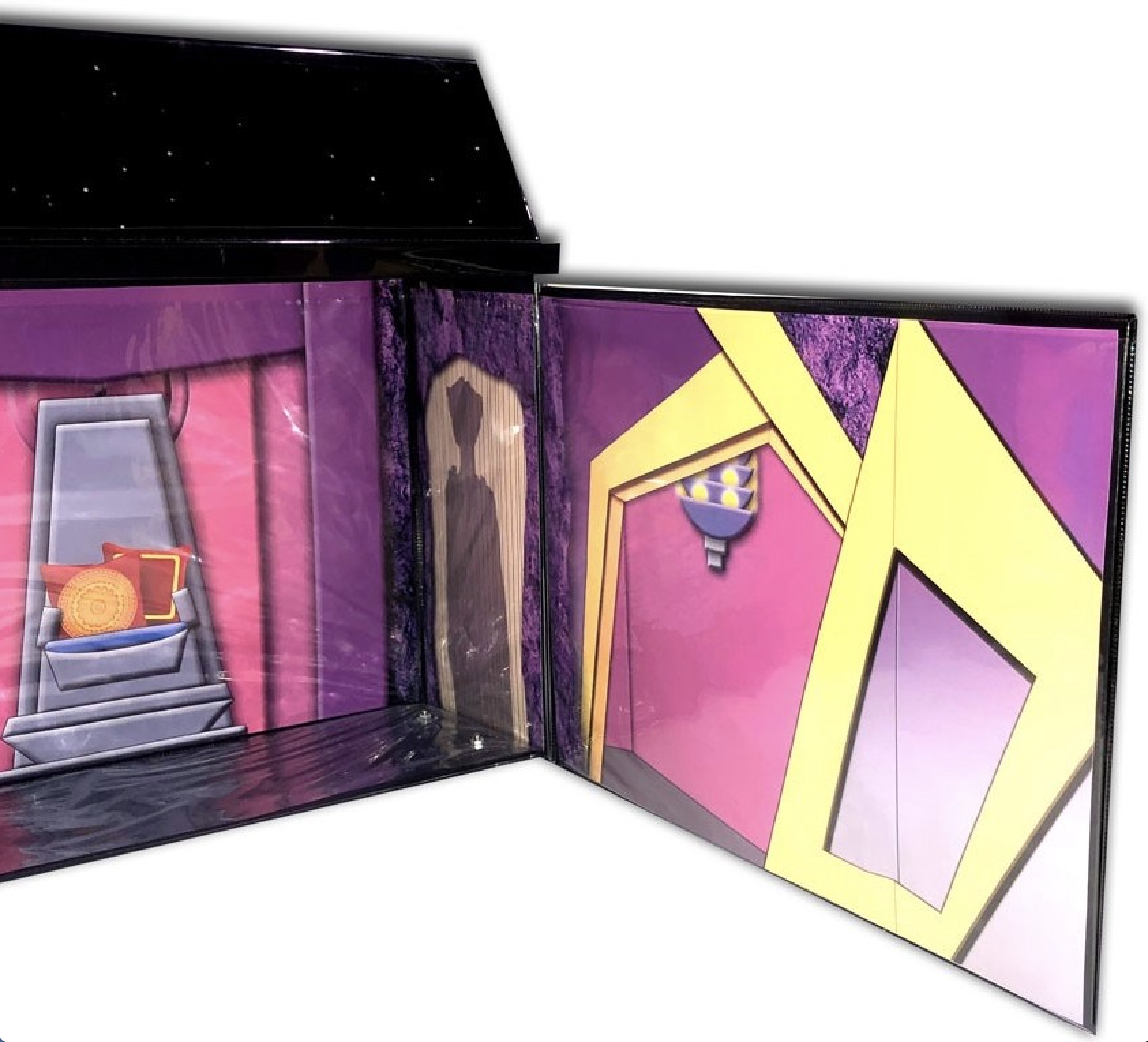 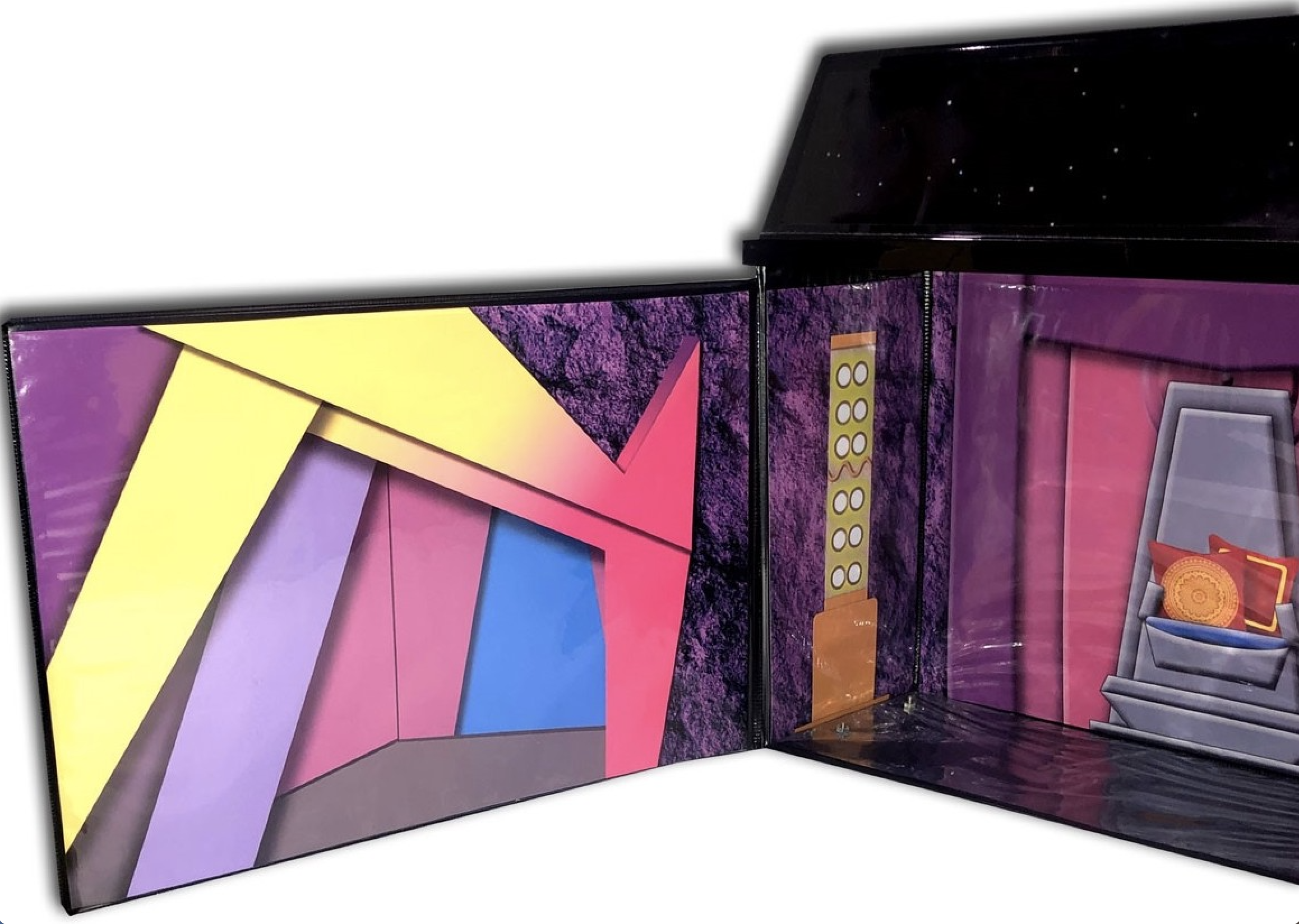 — There was a Mego Meet Harry Mudd custom figure some years ago but even if there’s no widely available version, this set gets big points for capturing Star Trek’s colorfully futuristic architecture (as imagined in the ’60s). I can easily see this playset as a stand-in for any number of Trek sets.

— As I noted, Anthony’s created about 30 playsets over the last 18 months or so, primarily for comics characters and shows. This is the third Star Trek set. You should definitely click here to check out our index, which shows off each set and provides links to more detailed views.