I was working in the lab… 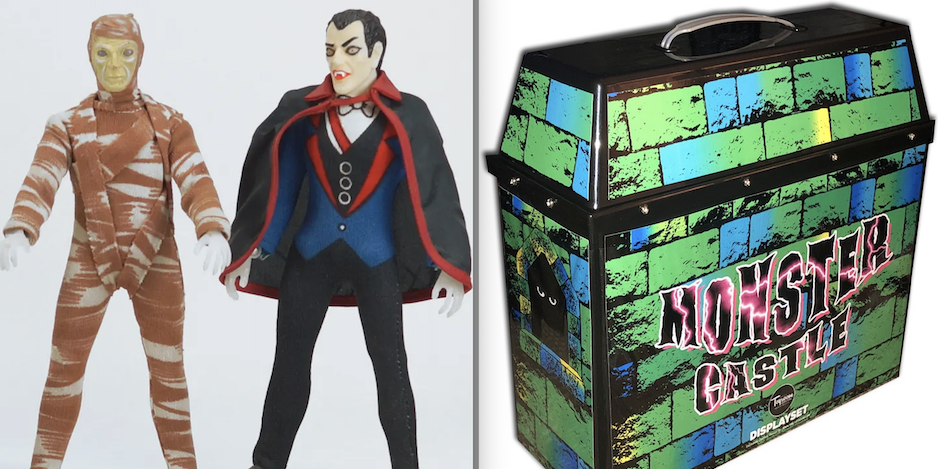 Halloween is about three weeks away, so this is a great time to break out all your Mego Monsters — new and old — as well as all those colorful creatures produced by other companies.

It’s also a great time to break them out because customizing king Anthony Durso of The Toyroom has a groovy new “displayset” for all your 8-inch figure needs: a Monster Castle (not to be confused with the Mego version from the ’70s.)

Dig this INSIDE LOOK, along with Anthony’s commentary: 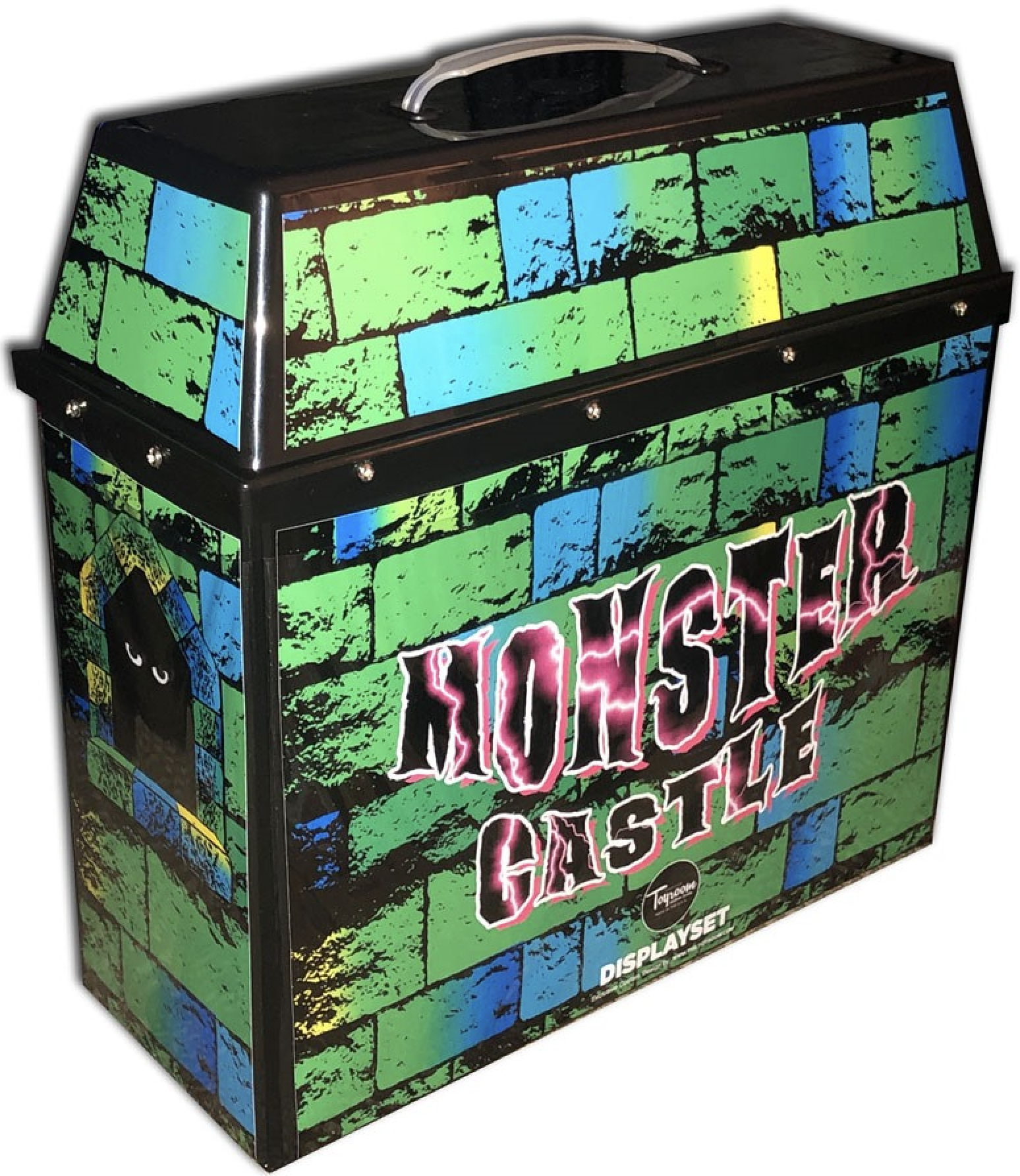 “Much like the infamous Famous Monsters of Filmland, this playset went through many incarnations over the last year and a half,” Anthony, who is also a 13th Dimension contributor, said. “Originally, this was one of the first playsets I started when the pandemic hit. At the time I had envisioned a Universal Monsters castle, but I never seemed to quite get a handle on what I thought I wanted to accomplish. So periodically I would go back to the drawing board and dust off this project, never really clicking with it.

“What finally worked for me was realizing I didn’t want to replicate the drab black and white laboratory as seen in films like Bride of Frankenstein,” he added. “That’s fine for an old horror movie but a playset needs color. I was inspired by the old Ideal Toys Monster Lab and used that as the basis for my lab equipment for the Frankenstein Monster. After figuring out that component, the rest fell into place. I wanted to go bright and colorful, which is the exact opposite of monsters usually attired in blacks and grays.” 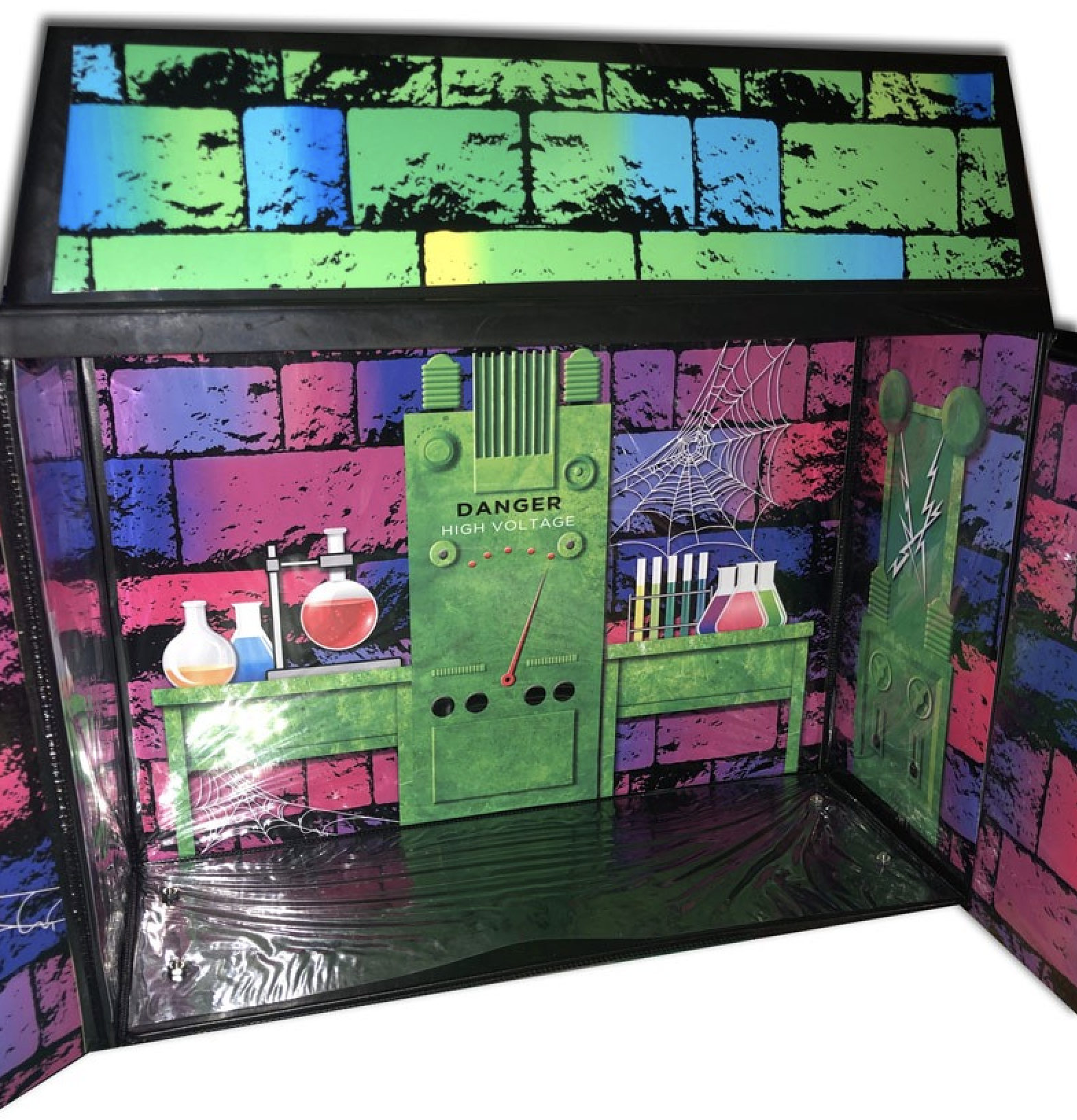 “I should back track a bit,” he continued. “What I’ve always liked about the Universal Monsters is how they’ve always had a core group. My first introduction to them was probably Abbott and Costello Meet Frankenstein (featuring Frankenstein, Dracula and the Wolfman) on the Sunday Morning Movie on WPIX in New York. In a later film, A&C encountered the Mummy. Those four are usually seen as the core of the Universal Monsters, with others such as the Bride of Frankenstein, the Invisible Man or the Creature From the Black Lagoon added (or subtracted) over the years. 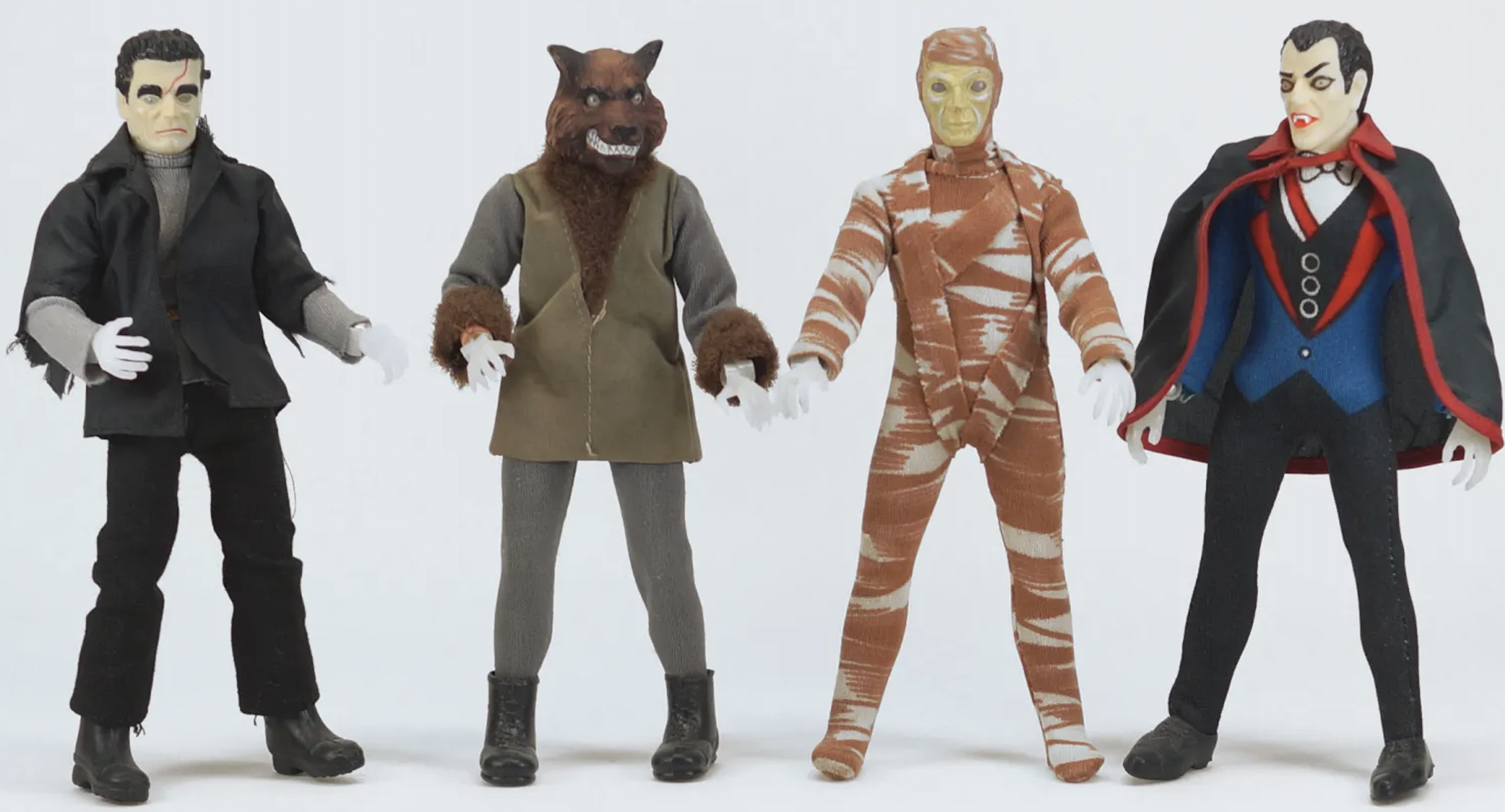 “Almost like a super-hero team that has various incarnations throughout the multiverse, the monsters have been interpreted a number of times in various media across many companies,” Anthony said. “Universal Monsters. Mego’s Mad Monster Series. Azrak-Hamway’s Official Super-Monsters. General Mills’ Monster Cereals. The Groovie Goolies. The Monster Squad (both the 1976 TV series and the 1987 film). Marvel Comics’ Legion of Monsters. Scooby-Doo (“A Gaggle of Galloping Ghosts”). Drac Pack. House of Frightenstein. 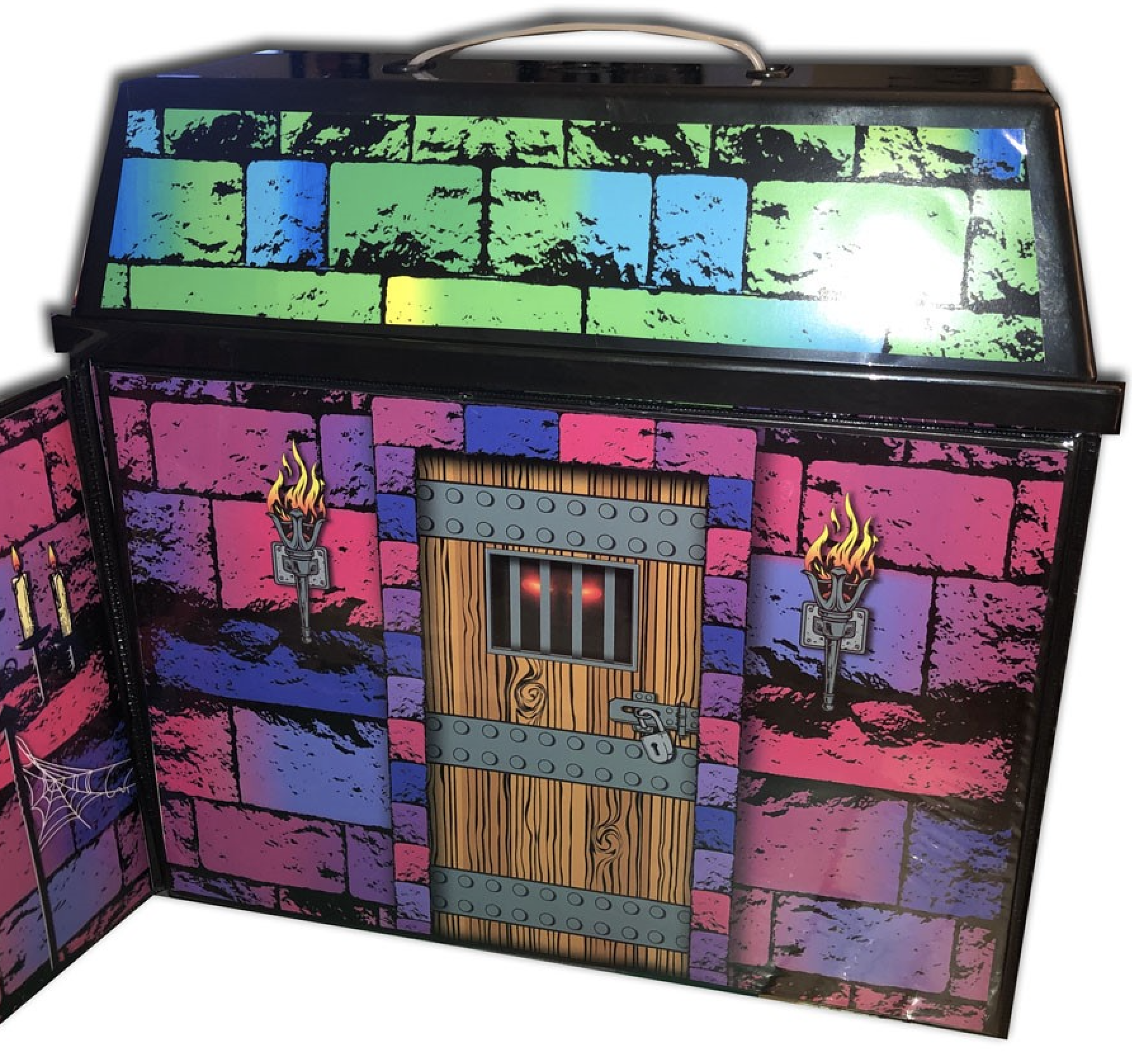 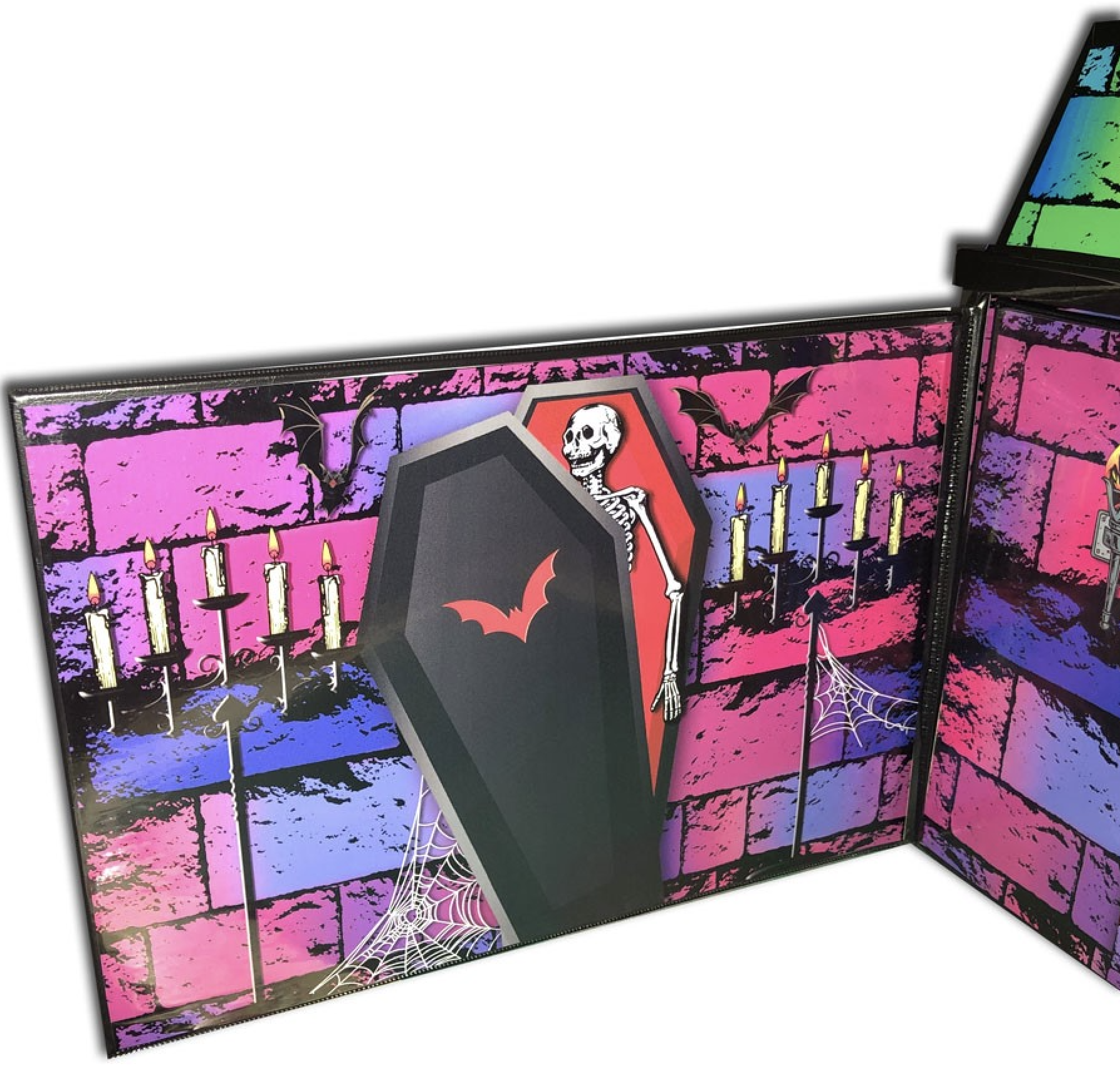 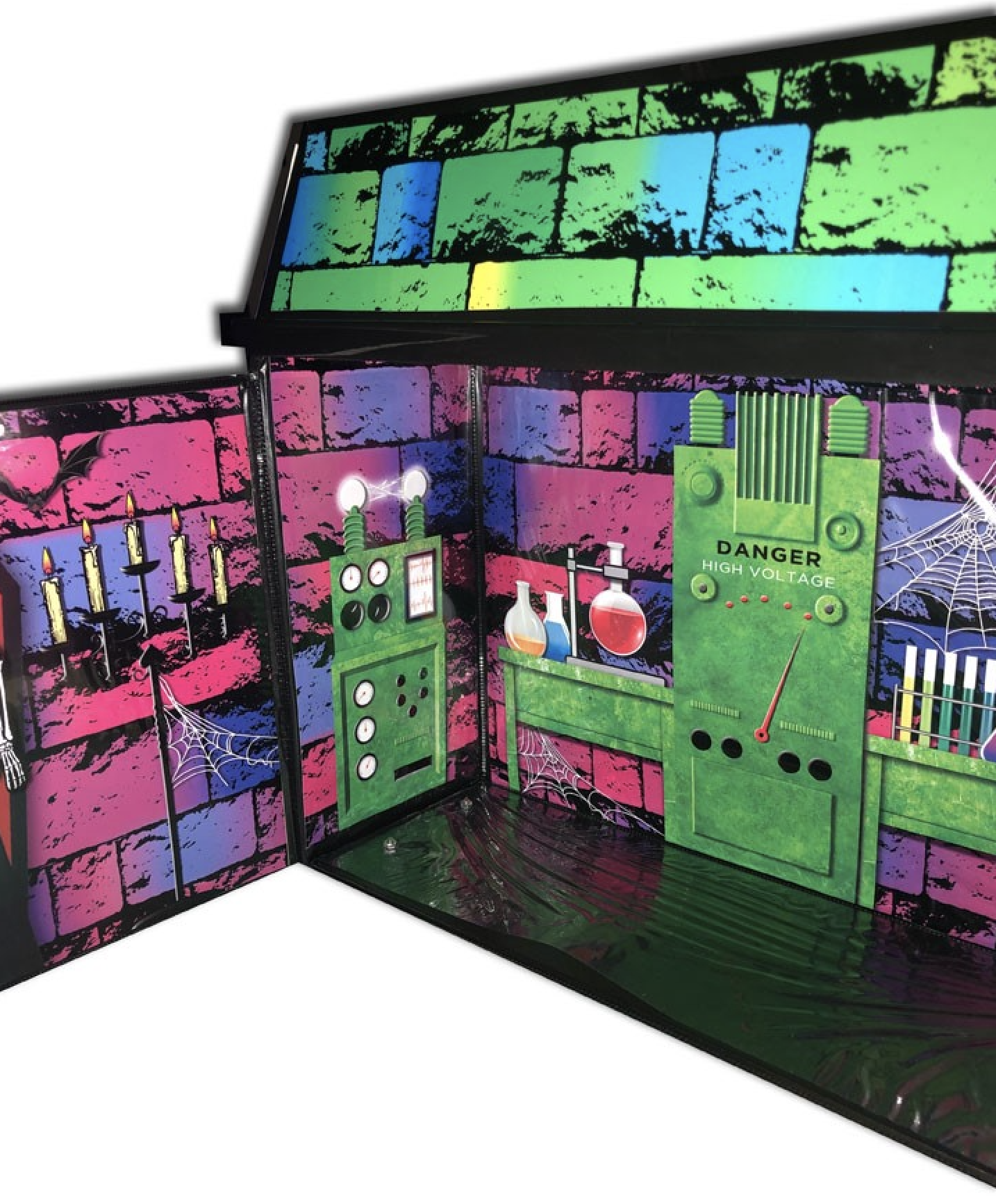 “Monster Castle pays homage to that concept,” he explained. “A place for the monsters to hang when they’re not terrorizing the village. Or saving the town if they’re the benevolent kind. So there’s the lab for Frankenstein. A coffin for Dracula (the idea for the skeleton came from rewatching House of Frankenstein this week, which I believe was the first film I recall showing me what would happen if a vampire was exposed to sunlight). A tomb for the Mummy (inspired by the one from the G.I. Joe set I had as a kid). And a cell for the Wolfman. 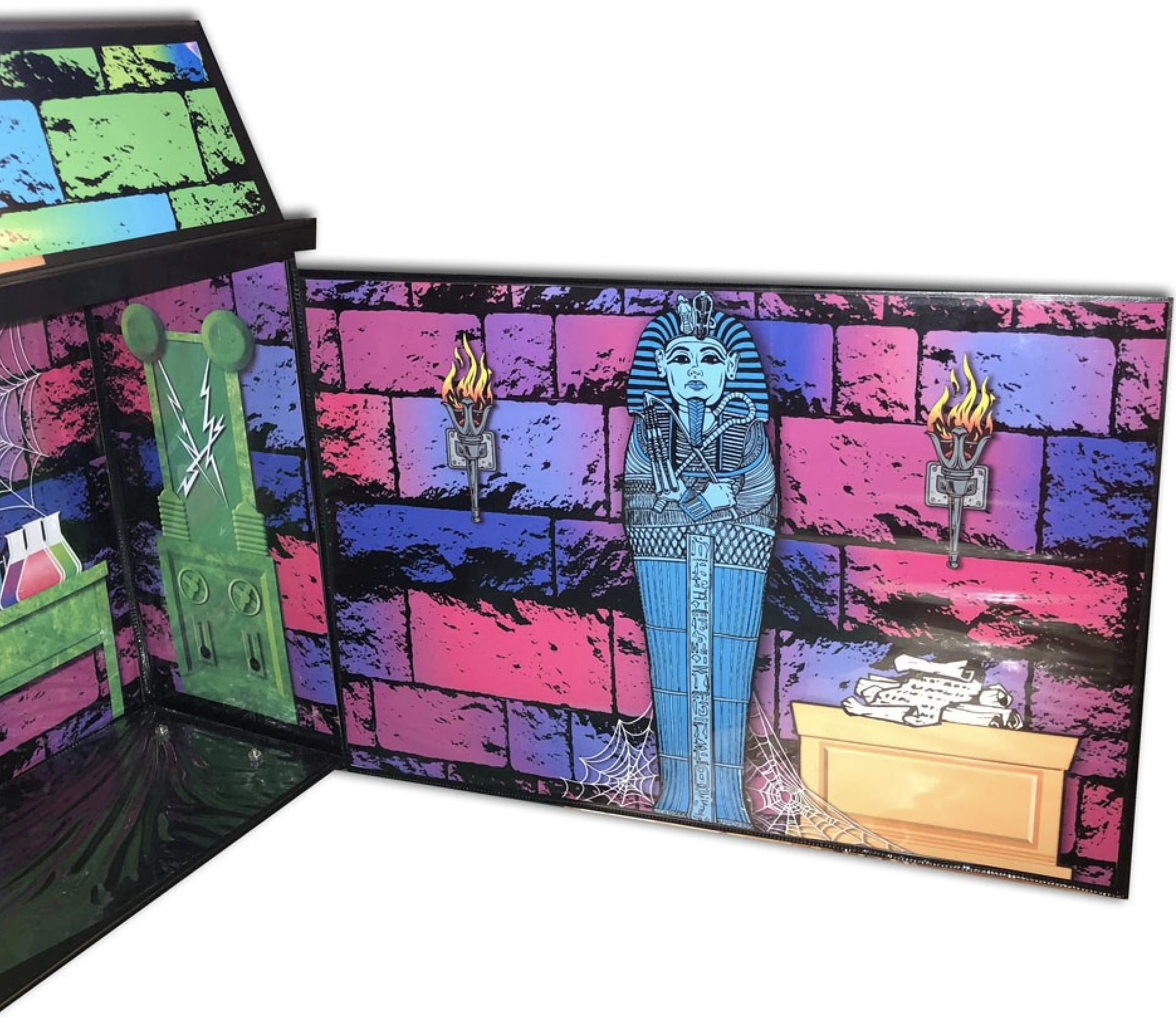 “There were other ideas for skeletons, Cthulhu, ghosts and Creatures but I eventually scrapped those to keep the clutter down and focus on the four monsters that were originally made by Mego,” he said. “At one point I also considered including ideas inspired by the local horror show I used to watch in the ’70s-’80s on Saturday afternoons. Which is to say those elements may see life down the road at some point in another project. After all, you can’t keep a good monster down.” 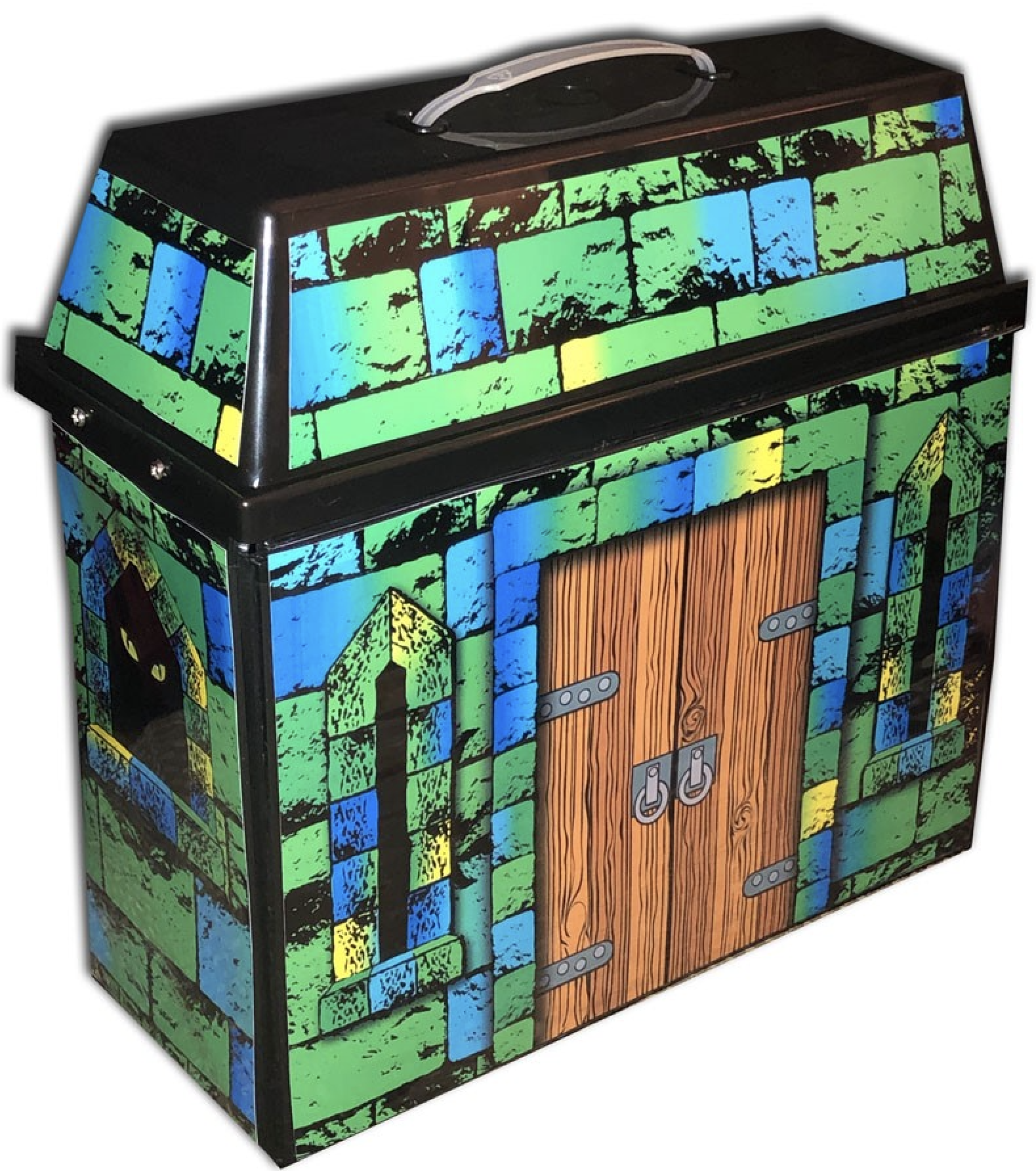 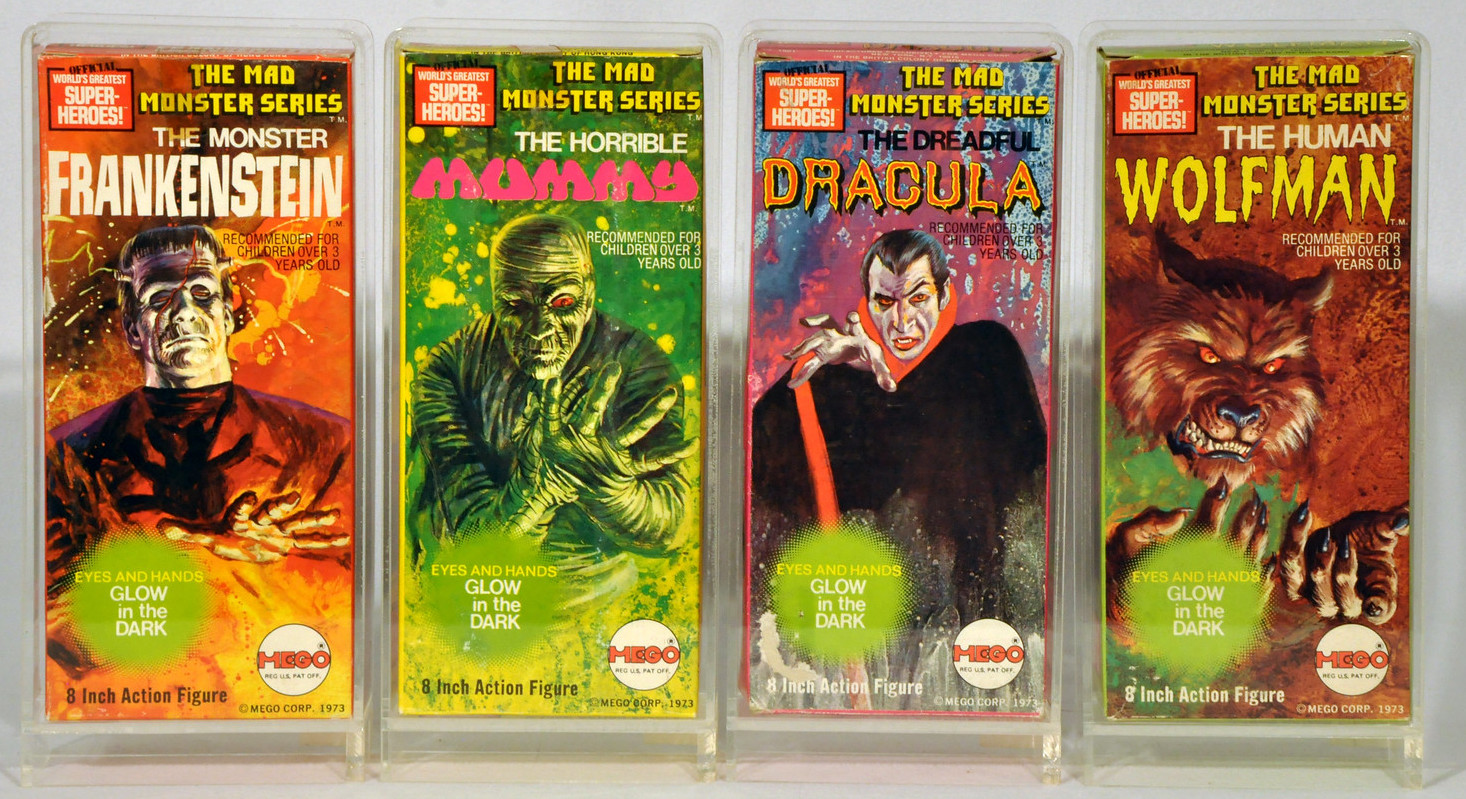 — I’m sure some of you are asking: “Why get this instead of, say, a replica of the Mego Mad Monster Castle?” Simple: Anthony’s displayset works much better on your shelf — it’s open in the front instead of closed off with a drawbridge — and has its own nifty details. Plus, it just plain looks better.