Tim Gibson is back to talk with us about his first Moth City expansion, The Reservoir. While still an amazing use of the digital and tablet comics page, this black-and-white stark Western is as home on the range as it is forward thinking. Meant as an introduction to the Moth City world, this standalone one-shot is coordinated with a ComiXology sale on Wednesday, Feb. 5. 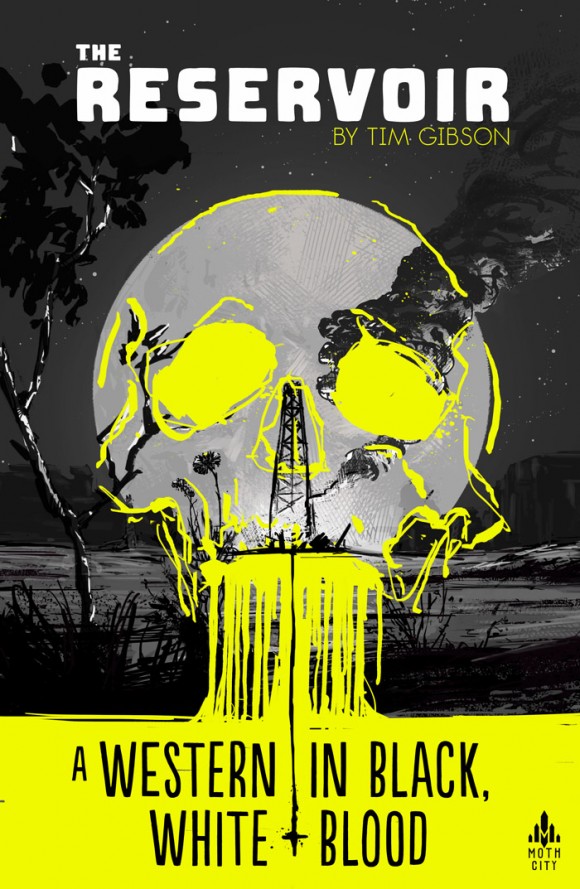 Clay N. Ferno: Tim — thanks for joining us again and giving us a preview of your latest. You’ve returned to the frontier for a prequel to Governor McCaw’s Moth City years. What is different about this McCaw?

Tim Gibson: McCaw has been doing some pretty bad things in the Moth City series, I mean really reprehensible. In ‘The Reservoir’ he is a much younger man on the cusp of great things. Life is looking up — he has a new wife, baby on the way, and he and his brother are venturing into the plains of Texas to make their fortune.

McCaw is a messy and complicated guy, and this one-shot explores what makes a man what he is and looks at the events that create (or possibly just reveal) our darker tendencies. 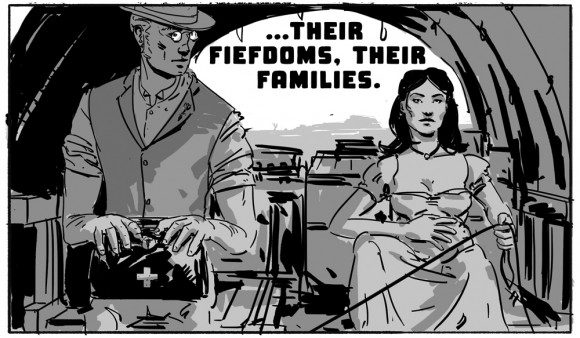 Besides the landscape and webcomic format used to tell the story, you’ve chosen to keep this black and white, a change from Moth City. The change seems quite deliberate, care to tell us more?

The art is all full-screen — everything is a splash page from a moment of realization to a murder. It gives some real impact, both to the art and the writing. It just seemed a good fit for a Western, those expansive vistas and small figures in large landscapes. In New Zealand, we have our own Western sub-genre — ‘The Man Alone,’ which McCaw is, emotionally. 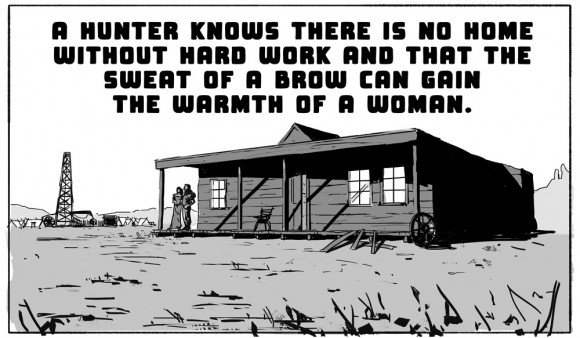 The storytelling is like a stark spaghetti Western, somehow evoking both Clint Eastwood and “There Will Be Blood.” What is a favorite Western movie of yours?

Well yeah, this ain’t a John Wayne Western, that’s for sure. Tonally it’s much closer to “High Plains Drifter” or “Yojimbo/Fistful of Dollars.” Favorites? I love everything from Akira Kurosawa, and “Utu” is an amazing New Zealand genre movie that people should see.

You’ve also told the story through narration only, with no spoken dialogue. The scale of the mini-comic also follows the family through a war and the daughter growing up. Was pacing a challenge with no dialogue or captions?

The pacing was a lot of fun for me, actually. The first eight issues of the Moth City series take place over three days — this one-shot covers over a decade in 155 pages. I originally created ‘The Reservoir’ as a totally wordless comic, all pictures and no narration. It was interesting, but I felt the narration would add both some subtlety and some impact to the story. 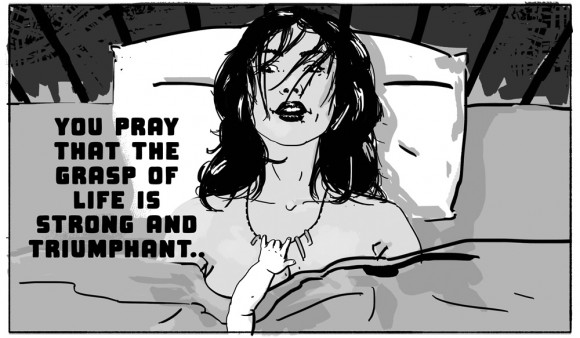 The McCaw family grows apart and then comes back together in a cycle. Glitter sees a lot in her early childhood. Should we be worried about other things she sees her father do before getting to Moth City?

This issue does work well as a standalone; Moth City is not required reading. Is this a gateway drug or are you happy telling more one-shots like this one in the MC world?

I think selling Westerns as a gateway comic is a bit like offering chewing tobacco as gateway to pot. Some people would love it, but let’s be honest, Westerns are never going to grab as many readers as other genres (or cigarettes).

I would love to write more of these one-shots at some point. The Moth City series is very sprawling, it uses multiple viewpoints like Game of Thrones, so you can see events from all sides, but it takes a lot longer to learn about the characters. Prelude comics like this can really delve into those popular characters for readers.

I’d love to create genre one-shots for the other popular characters, a Kung Fu tale for Jun, a period romance for Shuang, and perhaps an adventure/war comic for Major Hong. 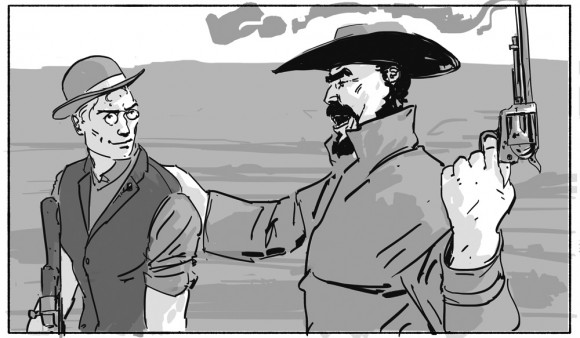 Yup, Season 4 of Moth City is on the way. In the meantime I hope people check out Moth City: The Reservoir to tide them over till then.

NOTE: Here’s Comixology’s unique link to The Reservoir. This link will not be active until after the book is available for sale, between 9 a.m. & 10 a.m. EST on Feb. 5. For more on Moth City, Gibson also has a Twitter feed.