The screenwriters of stealth video game Hitman: Absolution (Square Enix), Martin Brennan and Michael B. Jackson, team up with Simon Bisley (Biz) to tell a dark, supernatural story in a stand-alone app available on Android devices Friday 2/28. You are already able to buy the comic on iOS. Here’s all about 13 Coins on 13th Dimension!

Clay N. Ferno: Thanks for joining us! Tell me, we’ve been hearing about this graphic novel for some time, why are we getting this delivered in an app?

Martin Brennan: The decision to release 13 Coins as a stand-alone app came after a meeting with former Namco president, Barry O’Neill.  We had one issue of 13 Coins almost completed, and Barry expressed interest in bringing it out through his new venture Corinthian — making it Corinthian’s first comic series. Given Barry’s past experience and his enthusiasm for 13 Coins we knew we had to go with him. Corinthian worked with tech company inlifesize, and animation genius Greg Maguire on bringing the digital comic to life. Greg is a legend, having previously worked on “Harry Potter and the Prisoner of Azakaban,” “Happy Feet,” “Avatar,” “Terminator,” etc. — the list goes on. 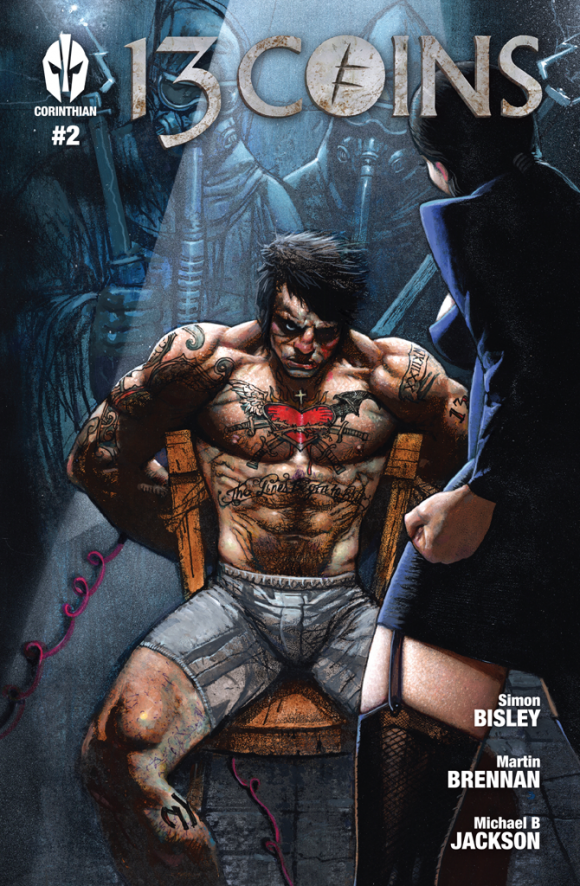 Clearly, there is more to the 13 Coins app than just the comic. We get a soundtrack, in-app purchase bonus material and 3-D parallax covers. Did you want to develop further than what the popular ComiXology app can provide?

Michael B Jackson: ComiXology is great at what they do — deliver comics in a digital format. We want our app to deepen the entertainment experience. Music, 3D motion, freebies (like wallpaper) and a few more surprises are planned for the app as exclusives. 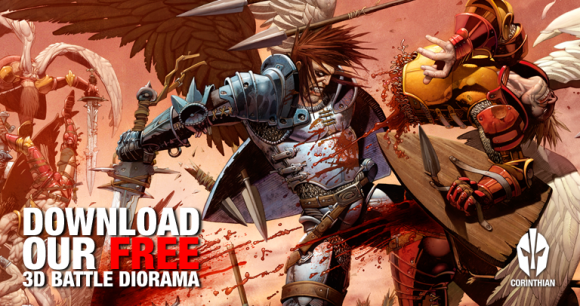 I’m lucky enough to be reading this on a Retina tablet. Biz’s art is on a whole new level than what we might be used to from the newsprint days.

MB: Simon is one of those rare artists who captures and expresses emotion exceptionally well in his work. Simon’s drawings touch people. He’s able to see the pain, anger, frustration or joy in a character at that moment in the story and show it to you in his art.

MJ: Exactly, we took the art of one of the best comic artists in the world and enhanced it with technology, and are presenting it on devices that are truly extraordinary. It’s as close as you can come to bringing a character to life right off the page. 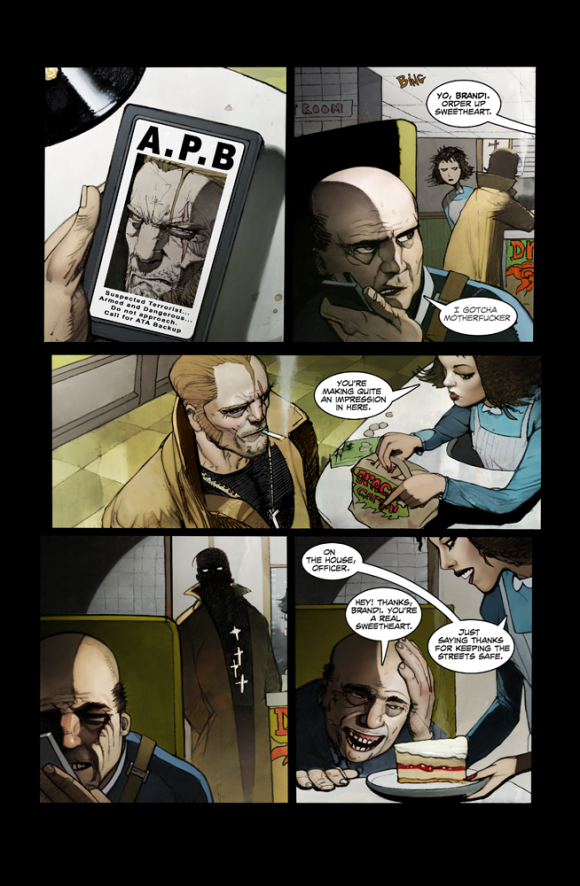 How was the response at the launch at NYCC?

MJ: The response was great for a comic with no advertisement budget. We banked solely on Simon’s fanbase for the launch. We had the beta of the first issue loaded on the iPads at the booth. I loved watching the expressions of the people reading them. They were immersed in the comic just as we had hoped. What surprised us was the loyalty of Simon’s fanbase. When Simon’s fans learned that he was at our booth, they came not just to get an autograph or a sketch, but also to hang out with him. They wanted to laugh, listen to his stories about his life as a comic artist and learn more about 13 Coins. It was great! 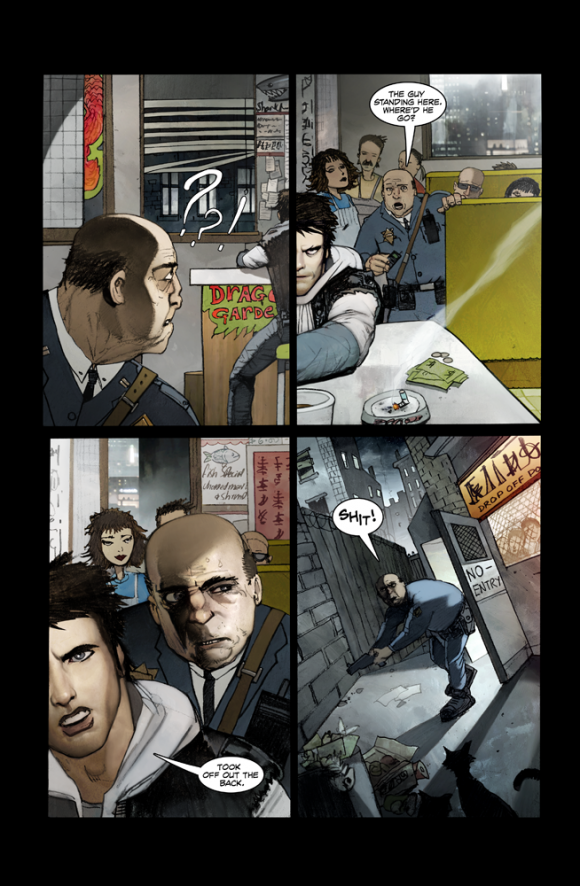 Our reluctant hero is John Pozner. Does he grow more into his power set as Issue #4 rolls along?

MB: The hero in 13 Coins (John Pozner) represents the choices we are all faced with every day. Maybe not on that level, but we all have to make decisions where we must choose good or bad, easy or difficult, right or wrong. It could be something as insignificant as leaving the trash for someone else to dispose of, or something more sinister such as an illegal activity.

MJ: We all have to man up and make those decisions and handle whatever consequences they bring. Once John fully understands what he was born into, he will choose a path.  Which path? You’ll have to read the rest of the series to find out. 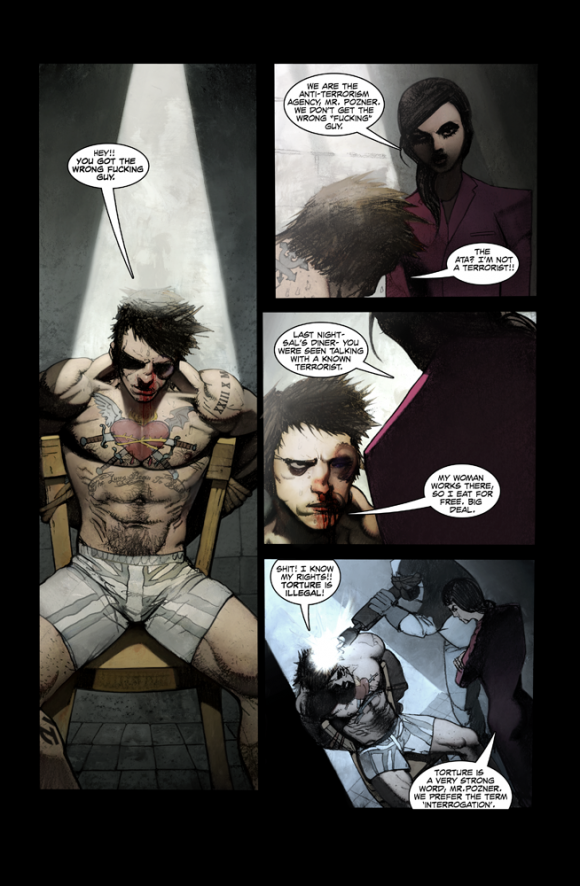 I like the far-reaching story, with an ancient holy war being waged, and the coins being at the center of it as we reach a modern age. The whole thing is very cinematic (Biz helps too) and the characters are rich. How do you map out such a rich and complicated story?

MJ: A lot of research went into 13 Coins. When we got the idea for the story, the first thing we did was research angels, Noah, Nephilim, Rephaim, ancient scriptures, famous athletes, dictators, warriors, serial killers, soldiers, Greek and roman mythology. After reading those stories and digging into the lives of interesting people, we begin to understand the motivation and drive some people are blessed with. But then we also saw the dark evil that seemed to consume others. That allowed us to develop detailed characters. We wrote very detailed bios for each character — stories of their lives. Gave them history and purpose.  Then we allowed the story to evolve from there. And the story continues to evolve. 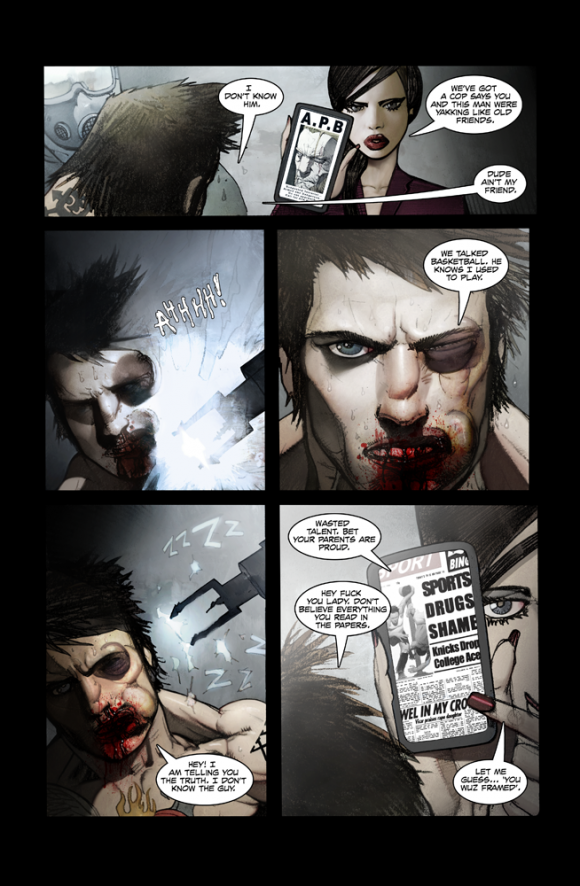 Care to let us in on the assistance from the European Development Fund? That seems very cool. Our friend Tim Gibson from Moth City gets a similar grant from New Zealand.

MB: We have been writing partners for several years now, and have been fortunate enough to get support from Northern Ireland Screen on the development of several of our projects at an early stage — such as 13 Coins. Thankfully, when we started working with Corinthian on moving the comic forward as a digital series, Northern Ireland Screen offered their support through the European Development Fund. 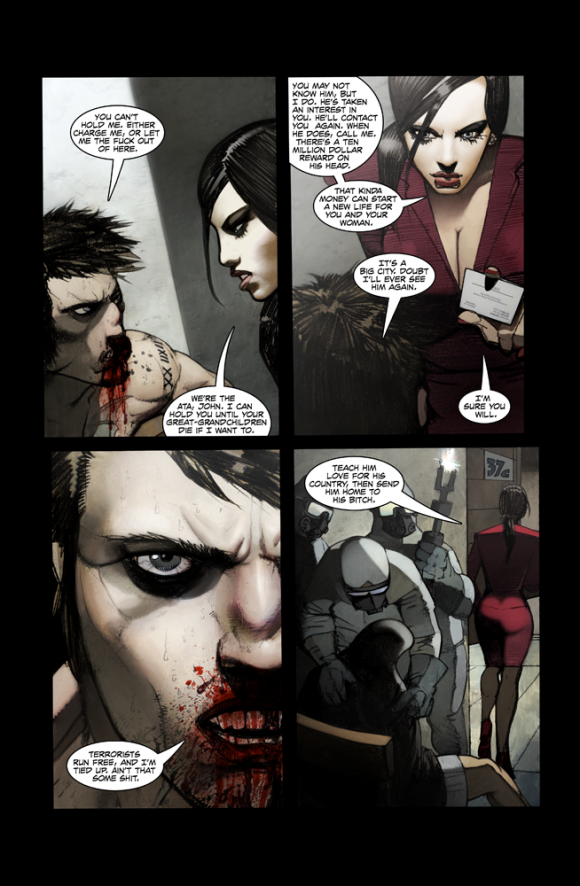 Are there more of the 13 Coins story to tell after these 6 issues come out?

MJ: Most definitely!  We’re already writing the next 13 Coins series. It will be an ongoing comic of six-issue episodes in each series. There are also the side stories (and other surprises) that will be available in the app. As long as there is evil in the world, one of the 13 Coins will be responsible in some way.

Where can we find out more about the upcoming releases and your bonus materials?