Artist Trevor McCarthy is someone I’ve dug from afar for awhile now. He’s working with one of our faves, Annie Nocenti, on Klarion, which is out in October from DC, so it seemed like an excellent time to nail him down with a perilous MIGHTY Q&A!

Klarion premieres 10/8 and we’ll be talking with both Ann and Trevor about it later this week. But for now, here’s a broader look at this sharp-lined artist. 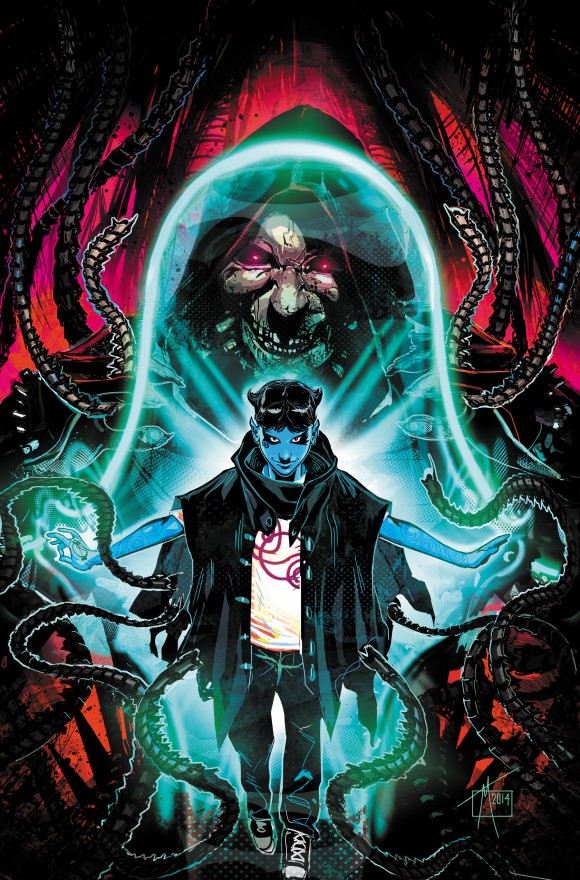 Trevor McCarthy: Ha! Normally I might try to come up with something creative but It’s too early in the morning so I’ll give it to you straight. I was born in San Fransisco but grew up on mostly here on the Northeast coast, New York and New Jersey. My father was in the Coast Guard so when I was young we moved every 4-5 years or so until I made it to high school. I ended up going to high school in Maryland but after graduating moved back up here to Jersey to attend art school at the Joe Kubert school. I graduated that in 1999 and have been in New York City since then. 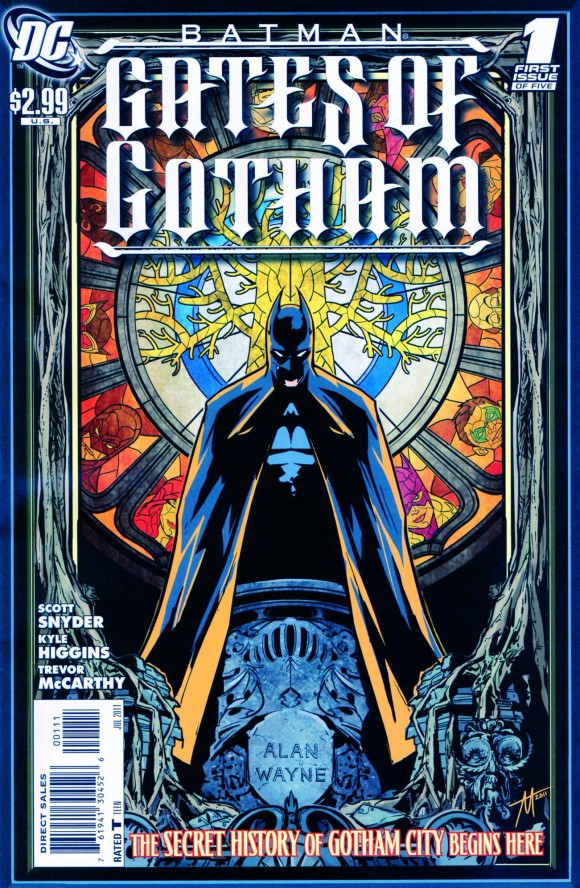 One of my earlier exposures to Trevor’s work.

Cool. Now, you have a very precise, clean style. Who were some of your biggest influences as an artist?

Wow, this question is always a good one because there have been so many over the years.  I went through lots of phases when I was younger, as most artists do, but I think that was more about artistic exploration. My biggest and most powerful influences, if you’re asking strictly comic book-wise, came about while I was in art school. … I was huge into Michael Golden, Jason Pearson, Chris Sprouse, Mike Mignola. A lot of the Gaijin guys at the time were very popular too and they had a very clean, precise style but with a lot of character emotion and energy in the work, so I think I was drawn to that.  Of course back then I was very hardcore comic-book art and wanting my style to to look a certain way. Looking back now, you can see how foolish that idea is because it takes the focus off of the real important facets of your art, things like clarity, proportion and structure. We are all young and foolish at some point so I guess we have to start somewhere. I think in my early days I focused far too much on style and not enough on basic substance and structure. In the last few years I can feel myself improving artistically far more than I did in those early days but now the more knowledge I feel I gain and the more I feel I progress, the more I realize how much further I have to go to get my stuff to be where I want it to be.

OK, so name five artists whose work you check out every time a book of theirs comes out.

I really don’t check out too many books nowadays , but I’ll tell ya anything Stuart Immonen does I’ll pick up in a heart beat, that guy is amazing! His sense of character proportion and structure are just phenomenal! His sense of clarity and panel work is just brilliant and he can make a story with like 20 characters seem open and breathy without clogging up panels and of course keeping track of everyone in the story. He’s just awesome and is doing some of the best work in mainstream comics today! 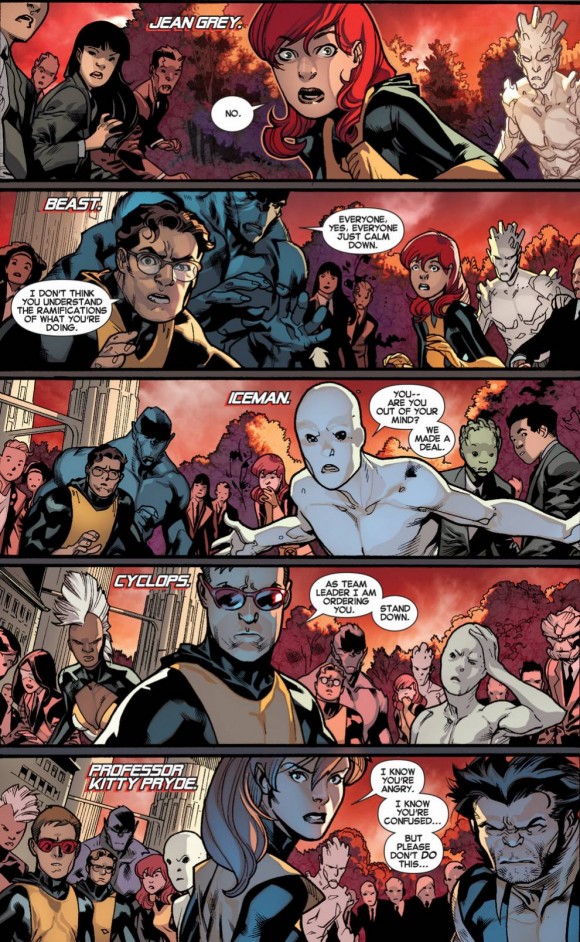 Describe how you like to work with writers. I’m fascinated by comics’ collaborative process and like to hear different creators’ perspectives on this.

I guess it depends on the writer and situation we are in but as a general rule I have to be able to have a good rapport (with) the writer for me to work with them over a long period of time. Fortunately that’s been the case in everything I’ve done in the last few years. Working with Ann Nocenti now on Klarion is just fantastic, as she is just as open to my ideas and collaborating on things as I am. We talk mostly through email because once we get on the phone with each other we can be on there for ages and ages. The sky is the limit brainstorming with her and nothing is out of bounds so we are really trying to push ourselves into some really exciting and captivating territory with the book.

On that point, what’s been the best experience you’ve had with a fellow creator? And without naming names, tell us a horror story.

I’ve been fortunate I guess so far that I’ve had nothing but great experiences with writers over the last few years. Working with Ann has really been a dream and I absolutely love working on Klarion with her. Batwoman with J.H. (Williams III) was a very different situation and more of a struggle at times because of the style in which he writes and the expectations of the title. It was, however, a clear turning point in my career both professionally and artistically as I learned so much from him, as an artist and a storyteller. J.H. is a brilliant, brilliant guy and I truly count myself lucky to have been able to work so closely with him for the years I did on Batwoman. And Kyle Higgins, that schmuck! No seriously, Kyle is one of my good, close friends and we are always talking about ideas and projects together. I guess I’m lucky too in that I don’t really have any horror stories as of yet. 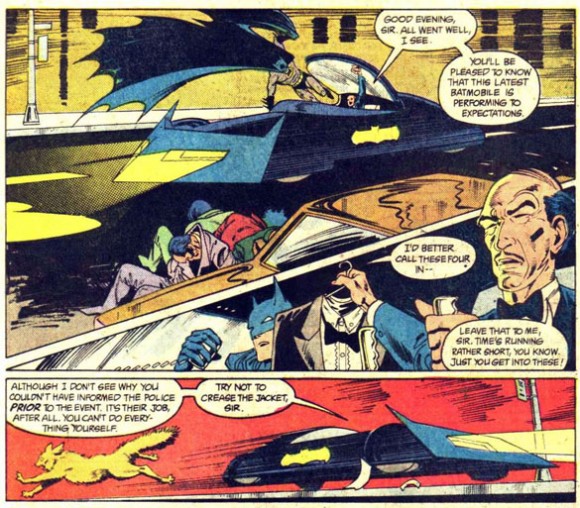 Looking back some, what were some of your favorite books growing up?

Biggest influences as a kid were Norm Breyfogle‘s Batman in Detective Comics, I LOVED that! Definitely kept me coming back for more back then. Jim Aparo too, he was on the Batman book I think in the late ’80s. I always thought his Batman was so classic, while Norm’s was like this graphic shape ripping across the page with so much energy. Back then in the late ’80s it was all about Todd McFarlane‘s Spider-Man, and Jim Lee, and even Rob Liefeld, of course. For some reason their art really stood out amongst all the other stuff out back then and definitely had a huge impact on me in my youth. 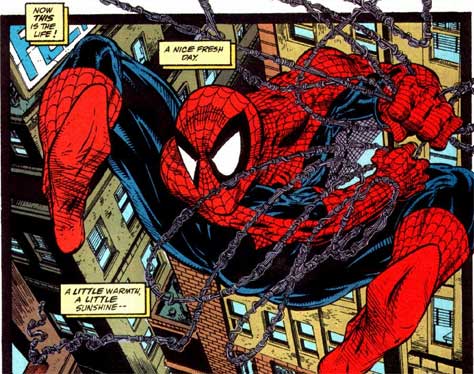 Yeah I think I do still have that somewhere. I think it was Spider-Man, but I can’t remember the number. My dad bought be a bunch when I was really young, maybe 8-10 years old but it wasn’t until say ’87-’88 when I was 12-13 that I really started getting hardcore about comics. Back then I was really strictly a Batman/Spider-Man reader and it wasn’t until the ’90s that I jumped on the mutant bandwagon with X-Men and New Mutants.

Name five characters you’ve always wanted to work on but haven’t for whatever reason.

Random question: What do you like to listen to while you work?

I listen to everything, depends on the mood. It’s probably a 50/50 split between having music on or a TV show or movie streaming on my second monitor. I do always have to have something going though, it’s super rare that it’s quiet in my apartment. When I’m laying pages it’s usually the quietest or just low music because that’s the most difficult part of the work, but once I get into finishes the music and movies get loud and constant! 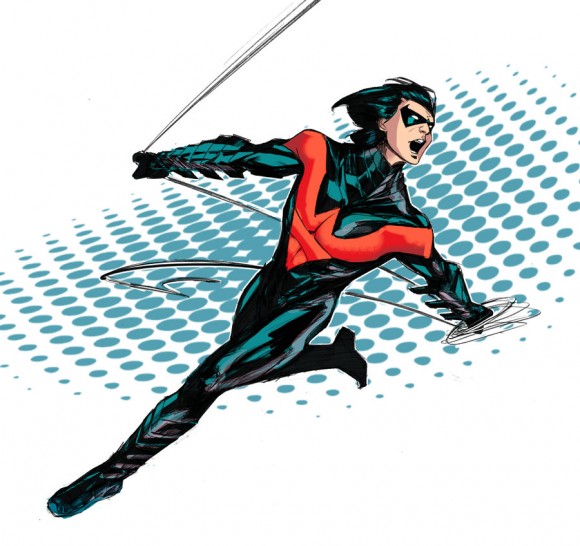 I have this postcard.